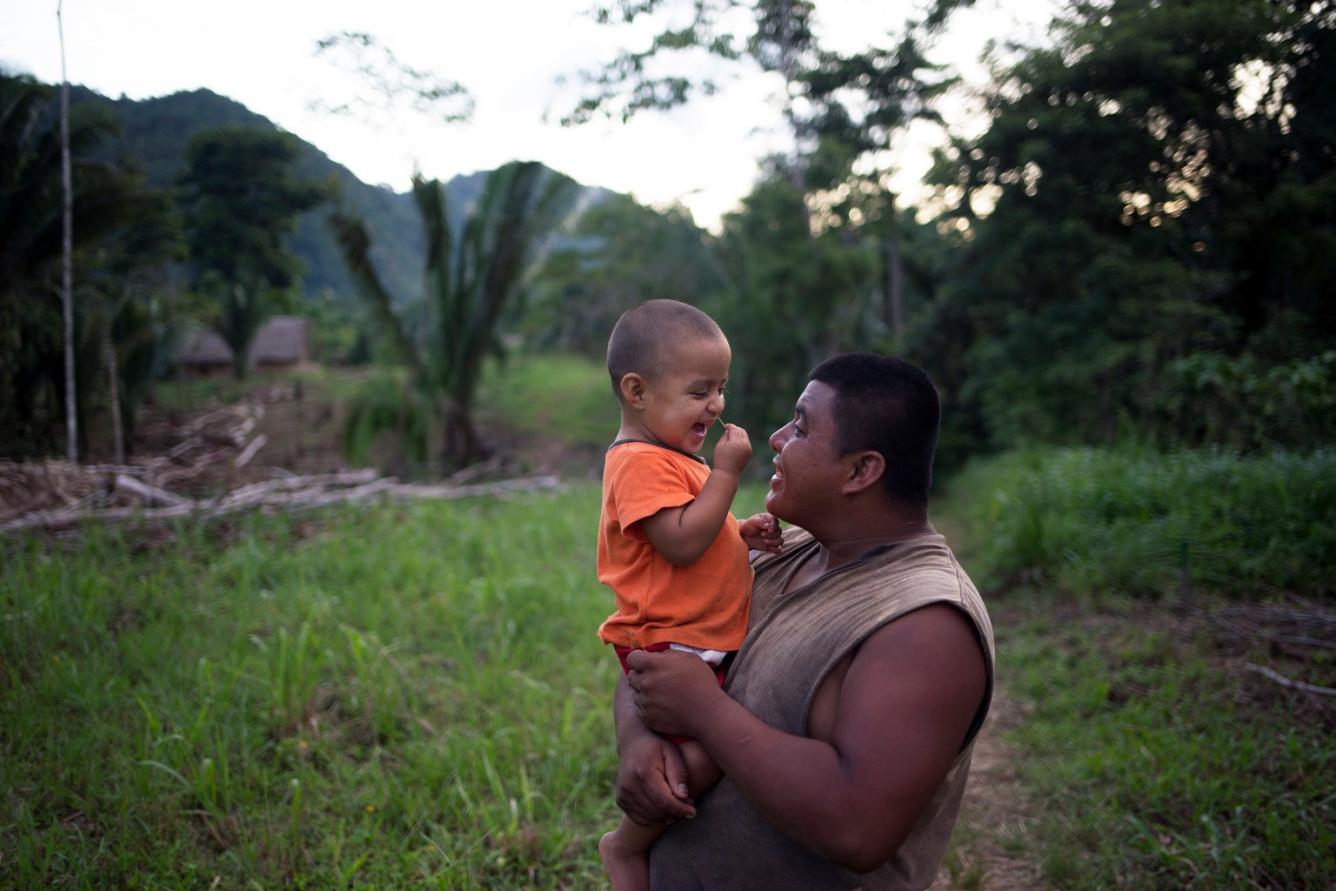 Two-year-old Abner and his father, James Choc, live in San Felipe Village in Belize’s multicultural Toledo District. In the remote, predominately Mayan communities in the region, just half of villages have access to preschool or day-care services for their children. 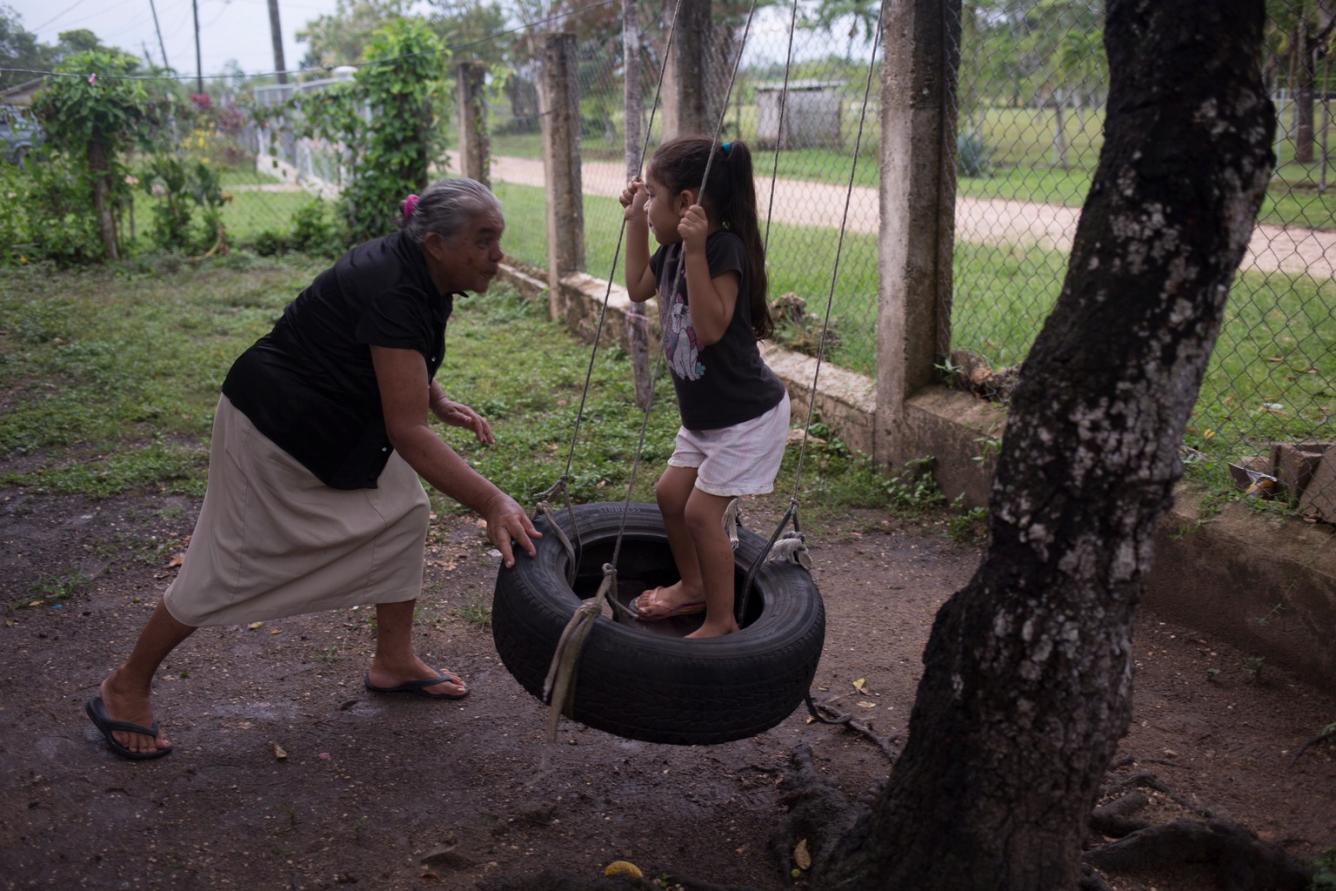 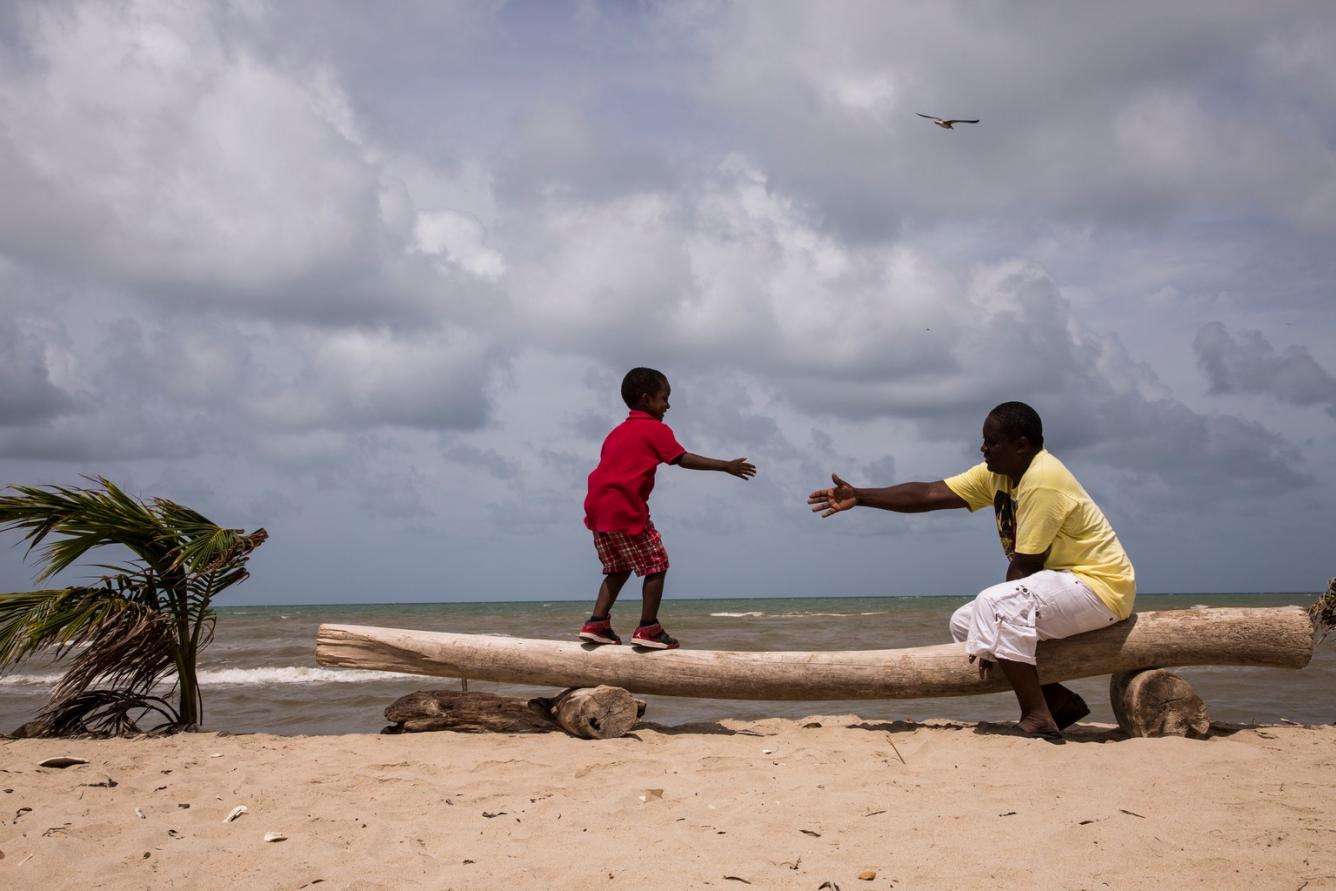 Stable, caring relationships are essential for healthy child development. Four-year-old Orin, whose family lives in the seaside town of Dangriga, on the south-eastern coast, spends his waking hours with his father, Marshall Mejia, and sleeps at his mother’s house. 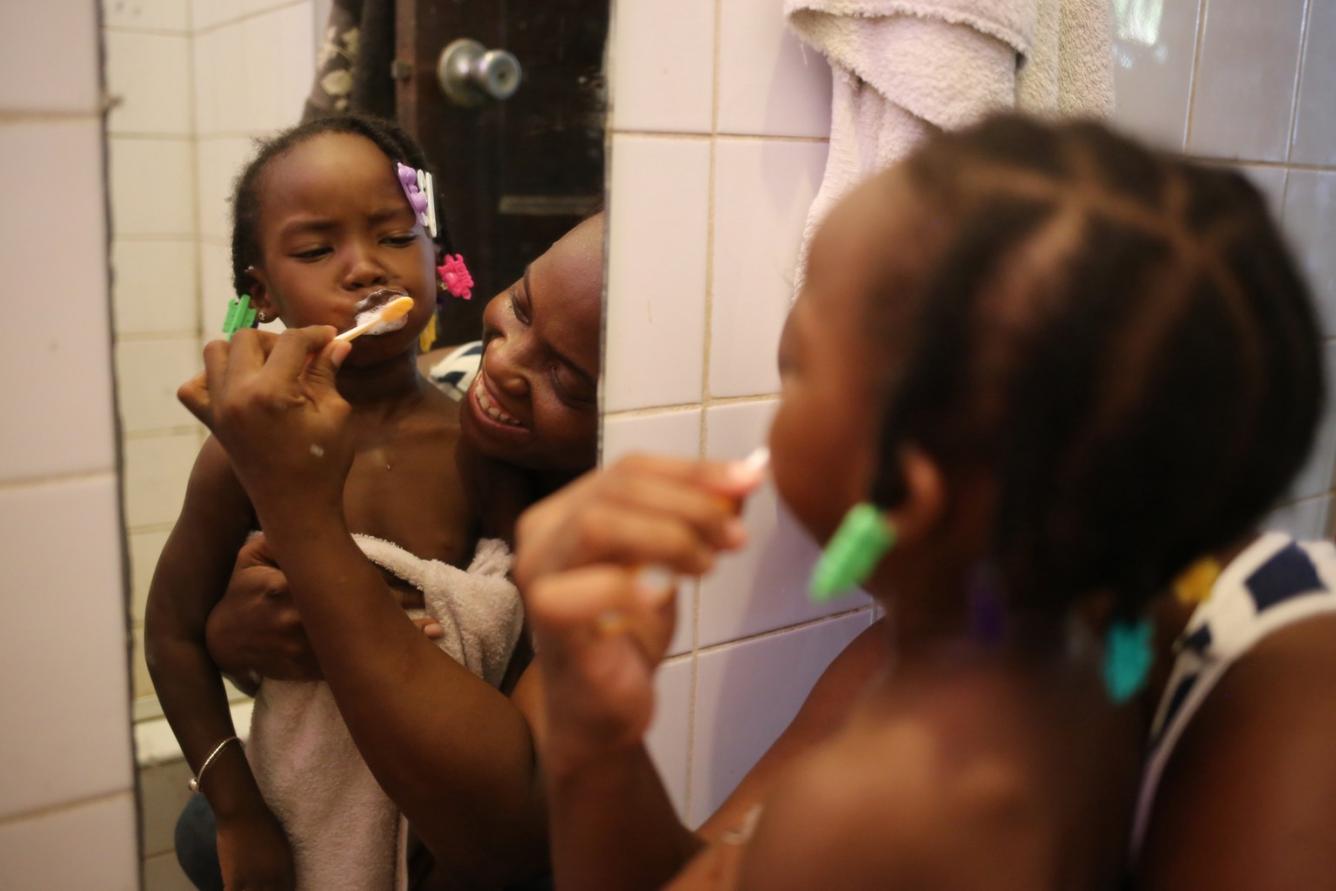 In Belize City, Keisha Gentle — teaching her daughter, three-year-old Alishia, how to brush her teeth — and her sister Tracy Moody are Alishia’s two primary caregivers. Both women understand the importance of a loving and stimulating environment for young children’s healthy development. 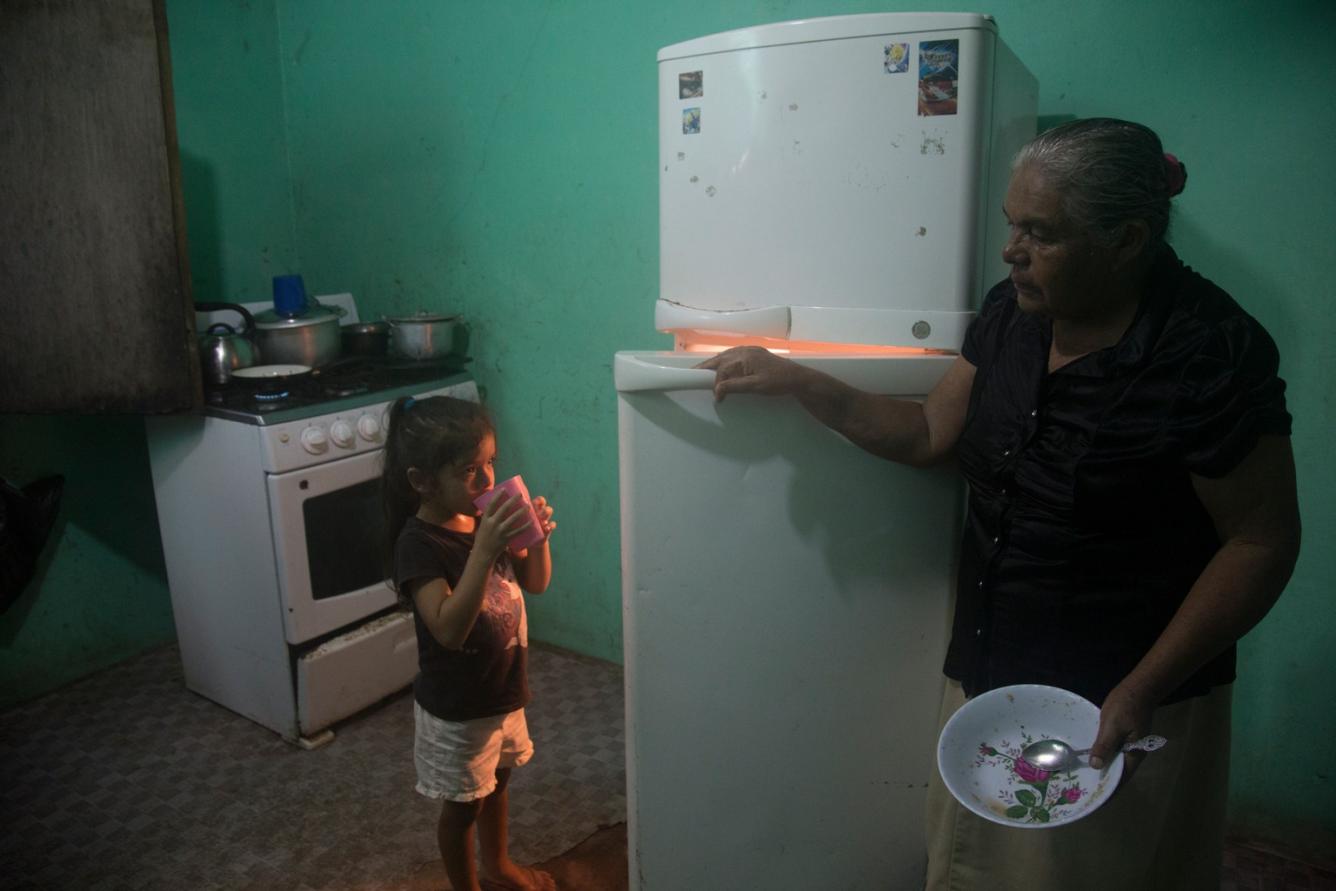 Early childhood interventions are an effective way to provide a fair start in life for every child. The right interventions at the right time can bolster a child’s development. Allizon, with her great-grandmother, drinks a beverage at home. 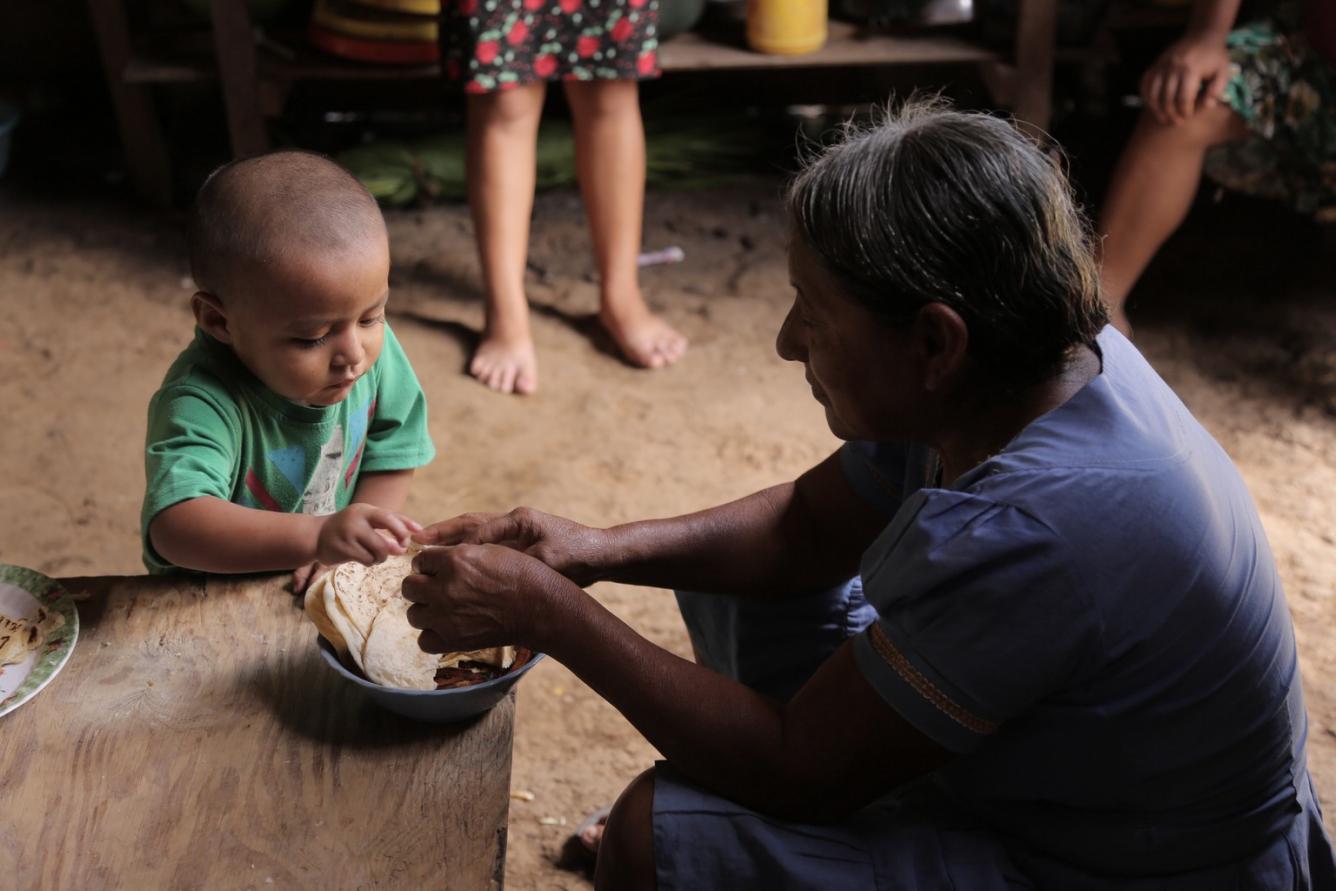 A lack of adequate nutrition in early childhood leads to stunting, which is affecting early childhood development in the Toledo region. The Roving Caregivers Program teaches proper nutrition during home outreach with caregivers. Abner helps his grandmother make tortillas at home. 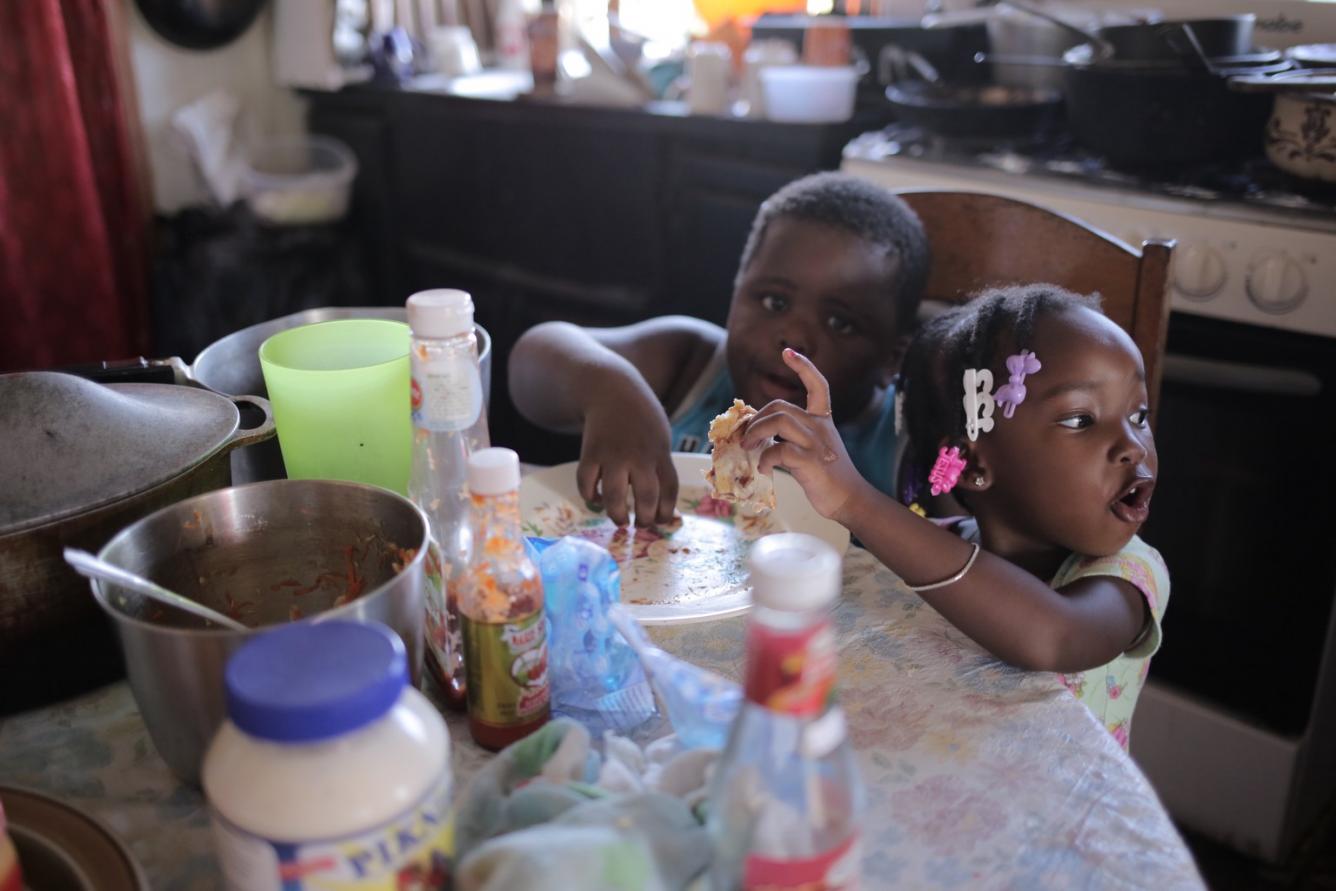 Providing caregivers with the information, guidance and support they need to feed, protect and engage in stimulating play with their children is an essential early childhood intervention. Alishia (right) and her cousin, KJ, eat a snack at their grandmother’s home, in Belize City. 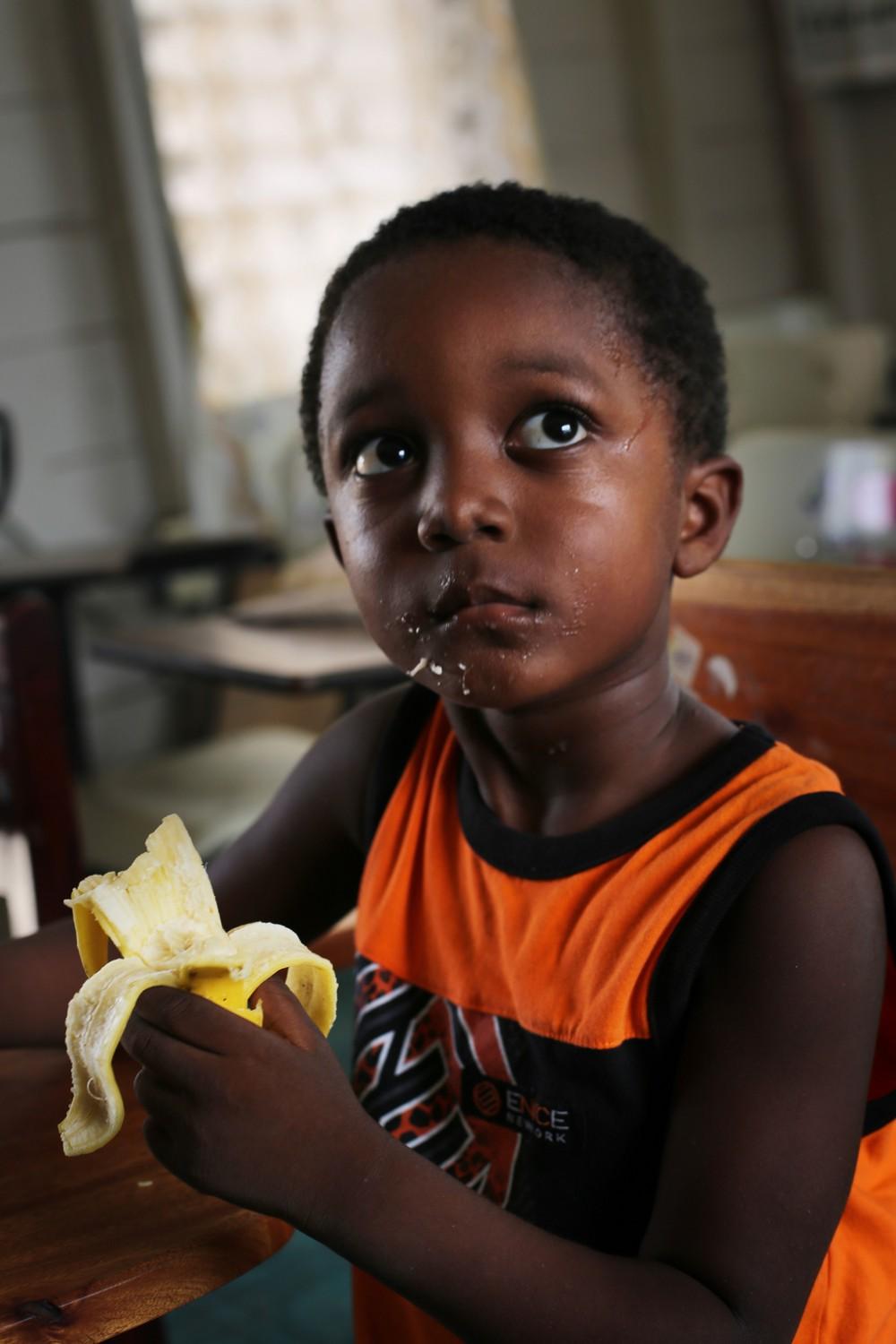 Parented with love and nourished and cared for in safe and stimulating environments, children develop the cognitive, emotional and behavioural skills they need to start life with a fair chance to grow and thrive. Orin eats fruit in his father’s preschool classroom, in Dangriga Town. 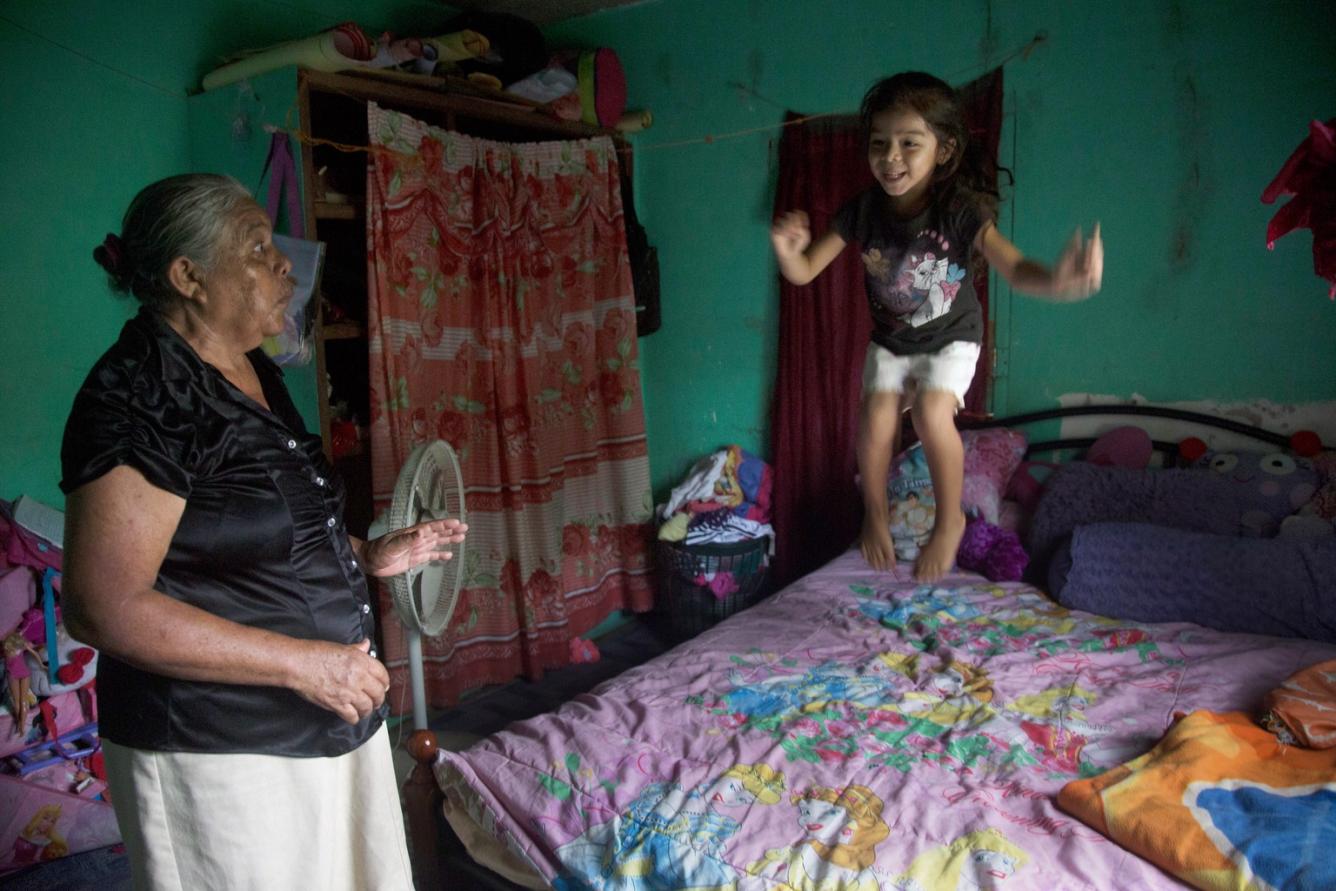 With many caregivers working, young children are at risk of missing out on stimulating interaction, a key element for their development. Conzuelo Flores spends many hours every day interacting with Allizon, who is a happy girl. 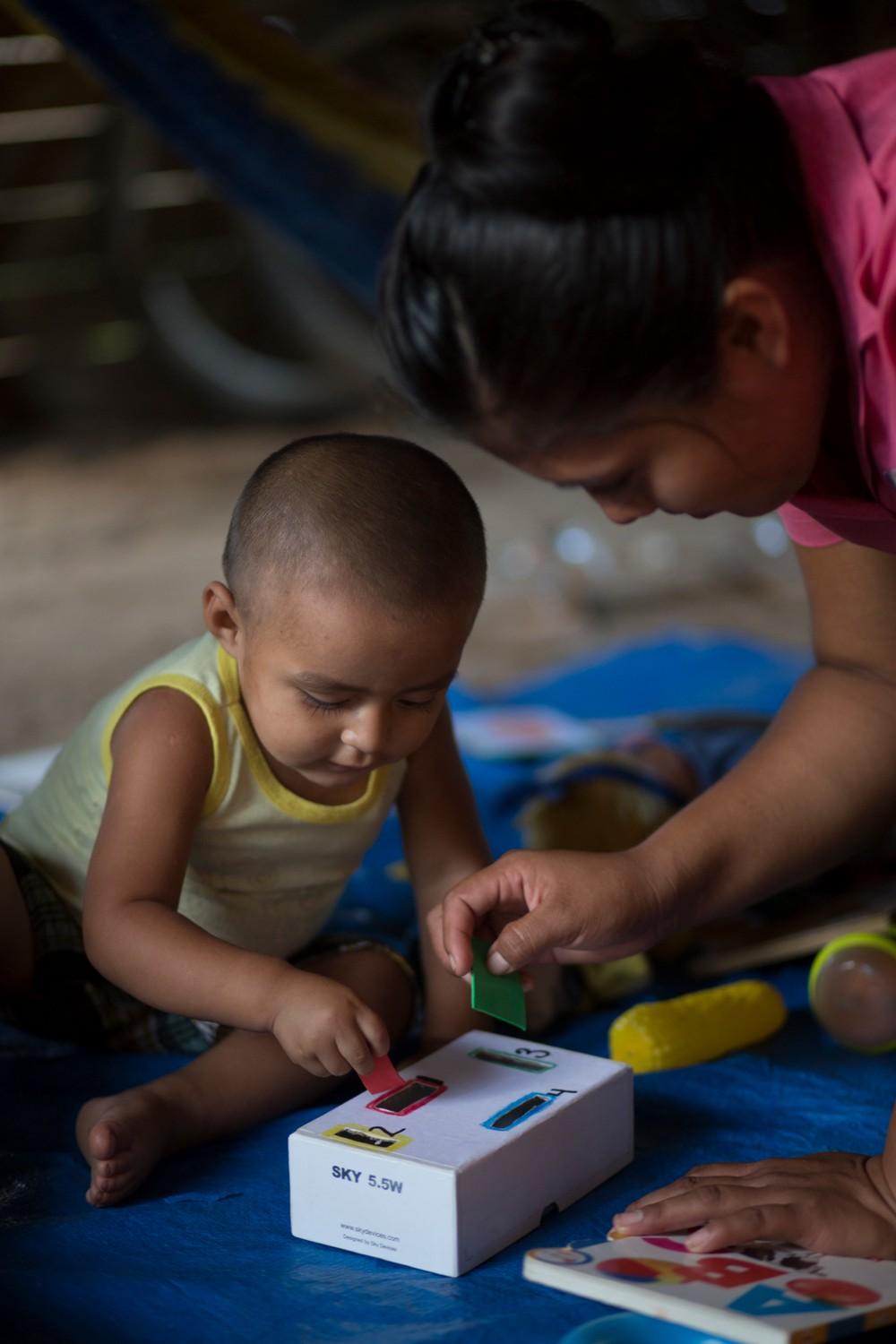 Play is also a critical form of stimulation that boosts children’s cognitive, physical, social and emotional development. Abner, in San Felipe, enjoys playing with the various learning materials and toys — both homemade and new — that Roving Caregiver Melisha brings to his home. 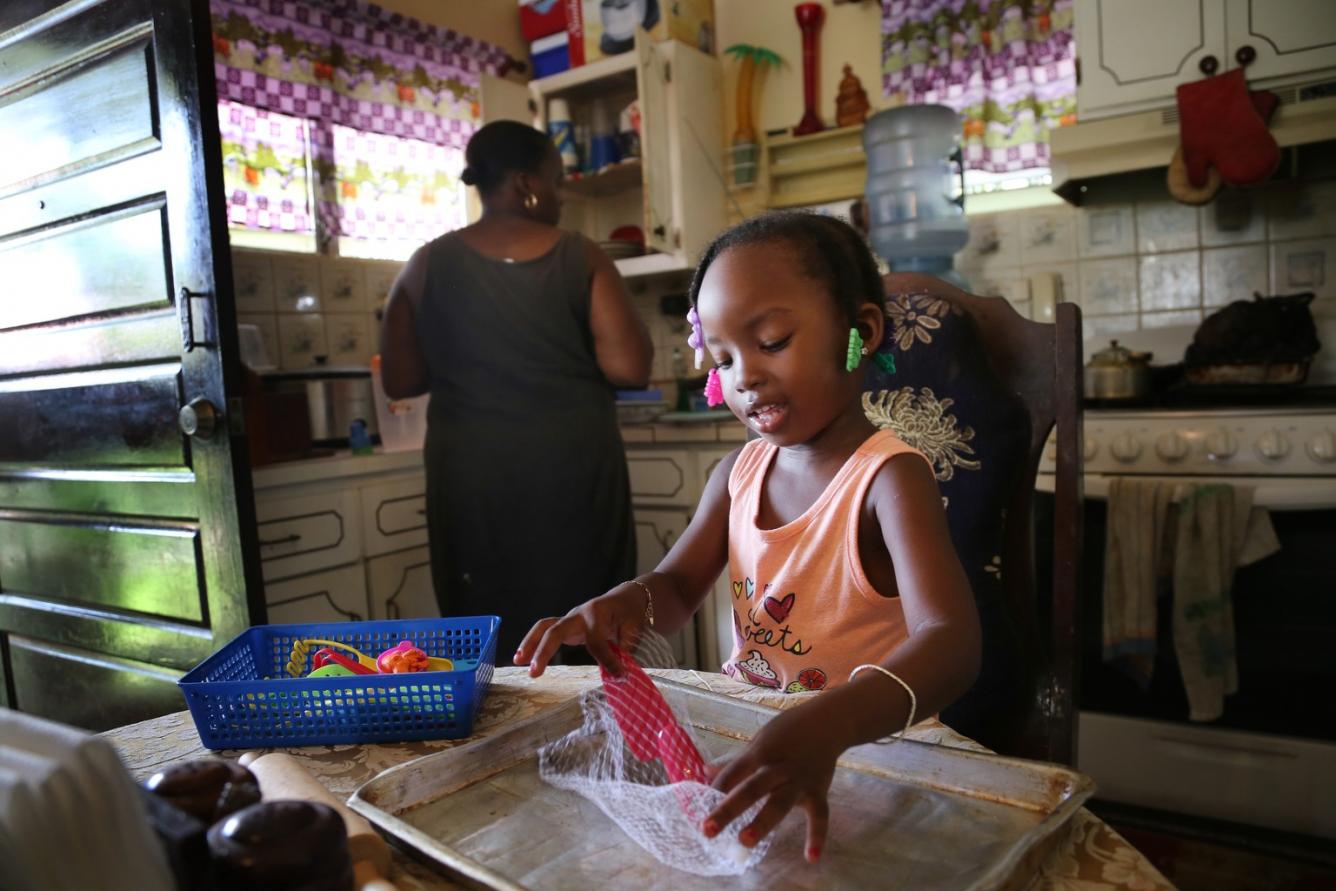 Children who are better at pretend play may have a more positive outlook and better coping skills. Alishia, in the kitchen with her mother, Keisha Gentle, plays with toy utensils. She likes to imitate both her mother and her aunt when they do the daily chores. 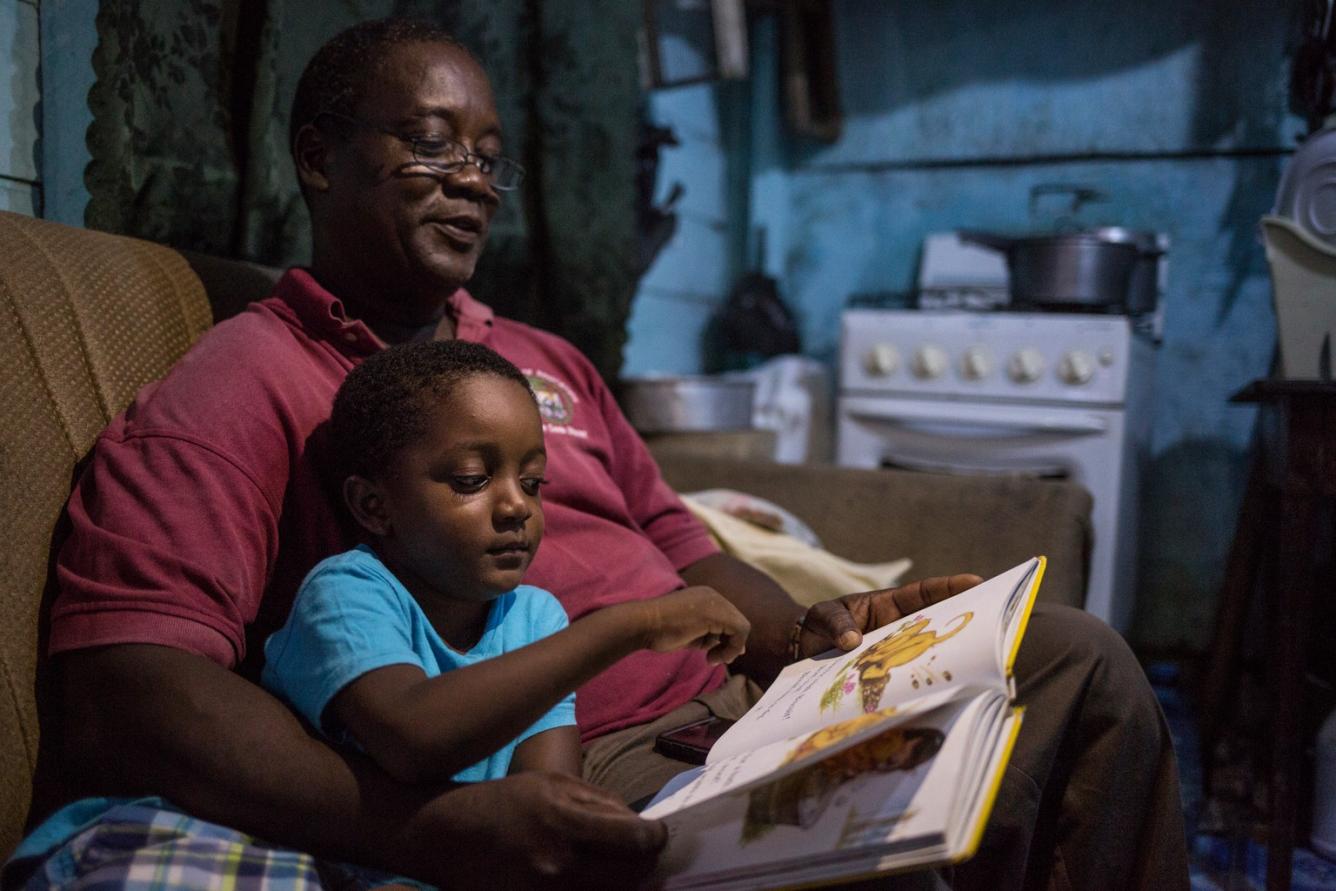 Marshall Mejia, reading to Orin, understands the importance of exposing children to early learning and a stimulating environment.

“We must prepare children for school long before they arrive in the classroom, only then are they able to benefit fully from the teachings,” he says. 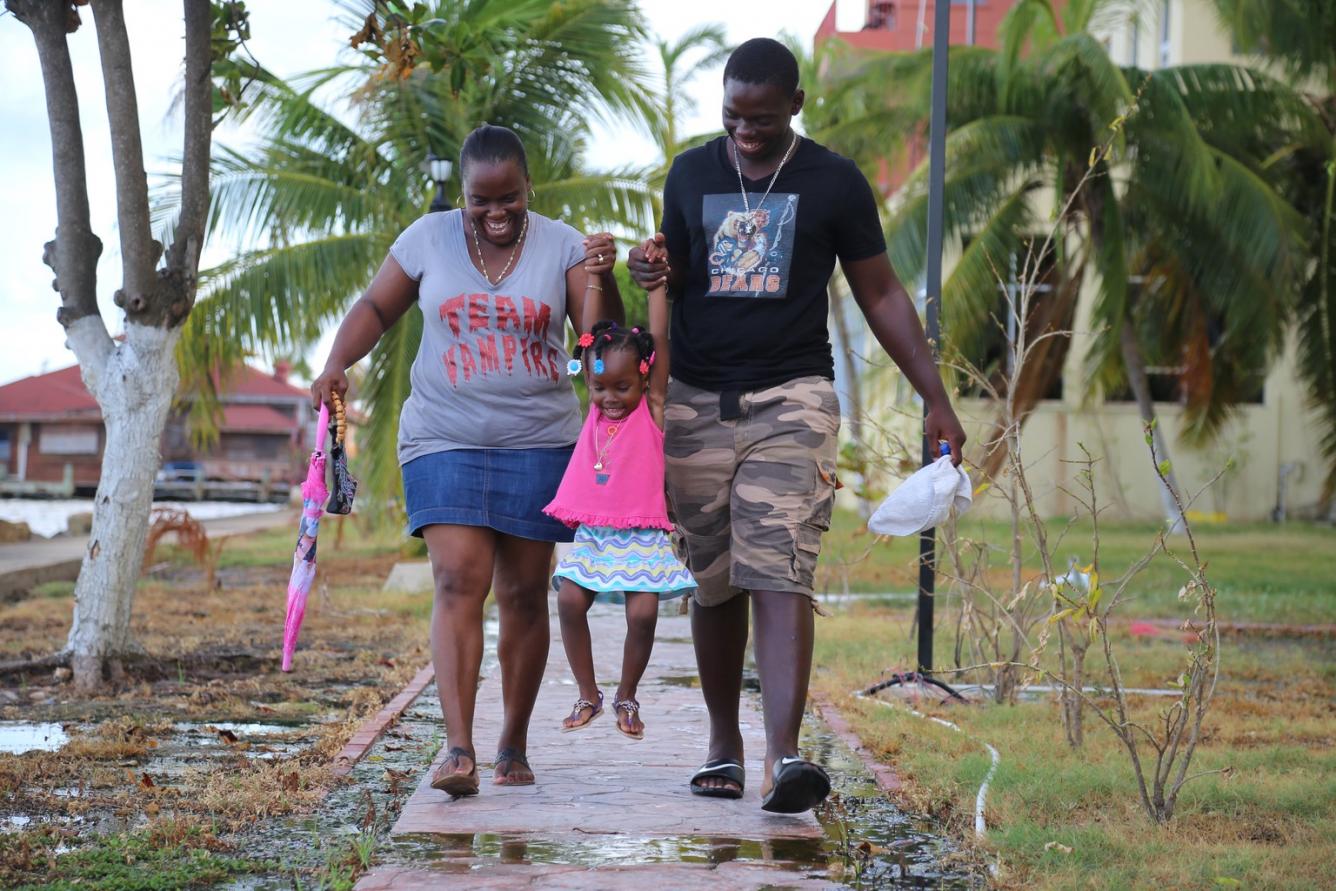 Alishia, her mother and her brother, 17-year-old Andrew, taking a stroll in Belize City.

“Since having Alishia, I am much more aware of what she needs as a child than I was with Andrew. But you can’t get those early years back….” Ms. Gentle says. 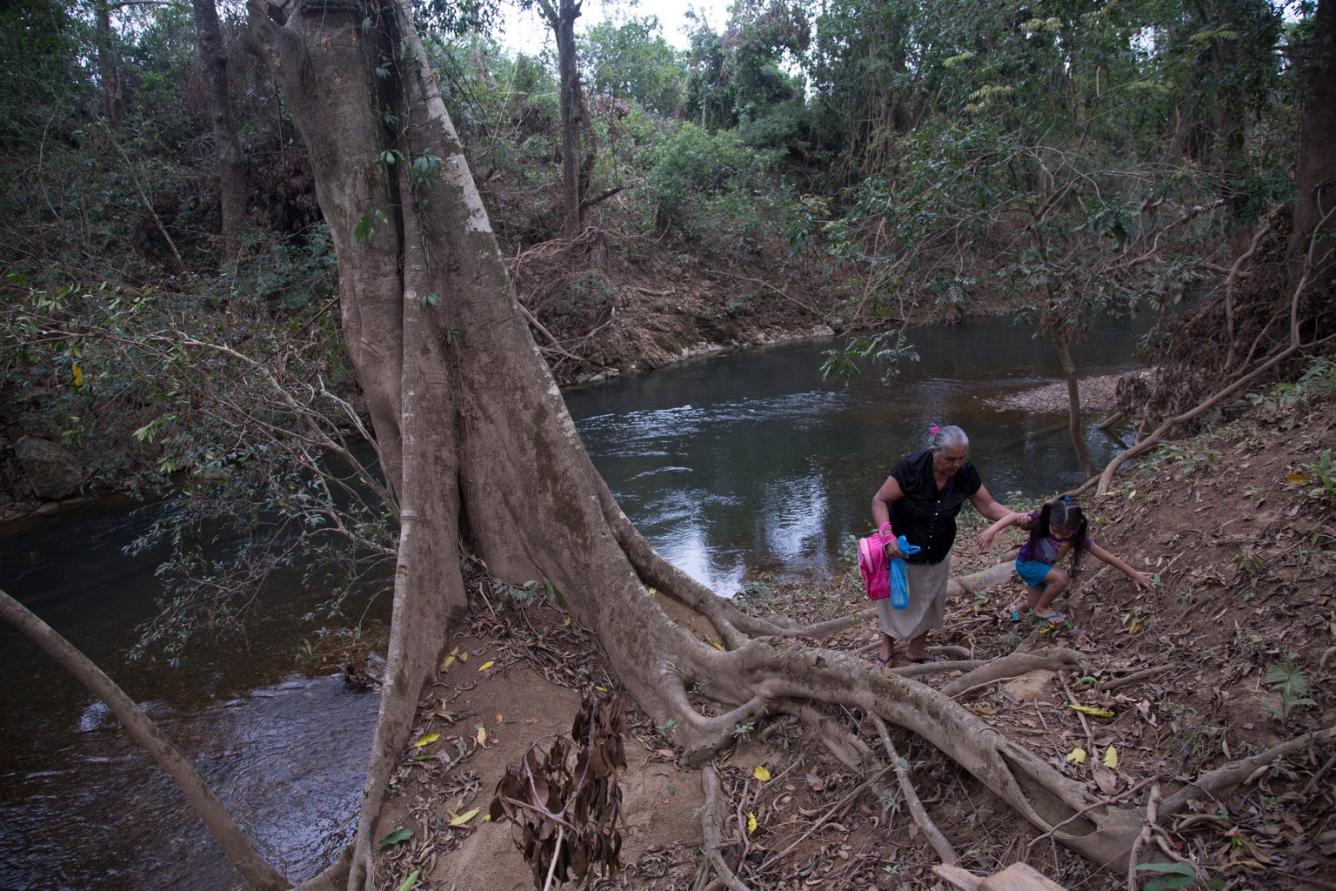 Allizon loves to play at a nearby river with her great-grandmother. Nurturing care, protection and positive stimulating environments are key ingredients to help provide a solid start in life for every child.

“If anything happened to this girl, I would die,” Mrs. Flores says protectively. 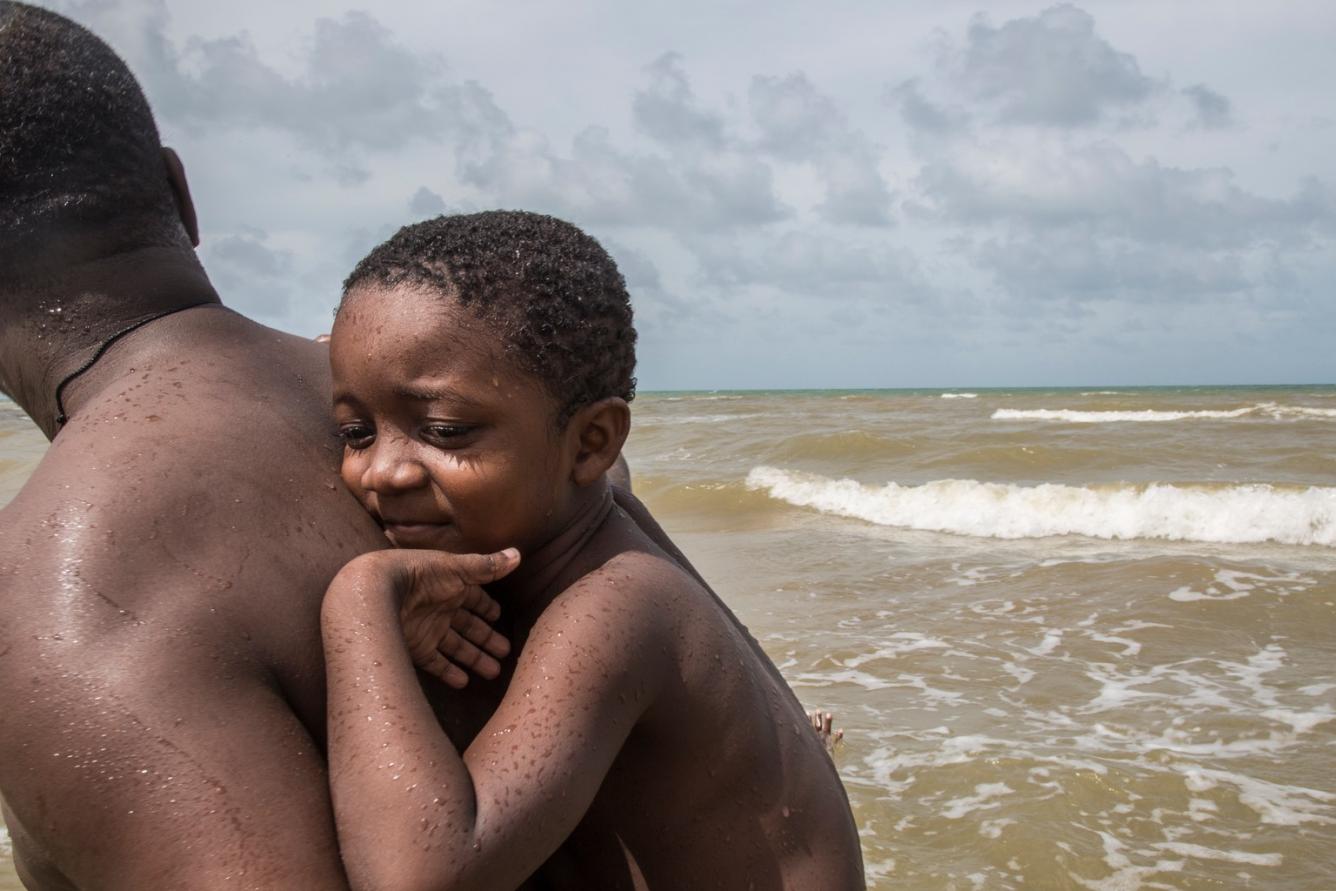 The more skills children acquire early on, the better they learn later. Marshall Mejia’s activities with Orin often include trips to the beach in their seaside town – for an afternoon swim and to see what fishermen at the pier have caught  -  and to the park to play. 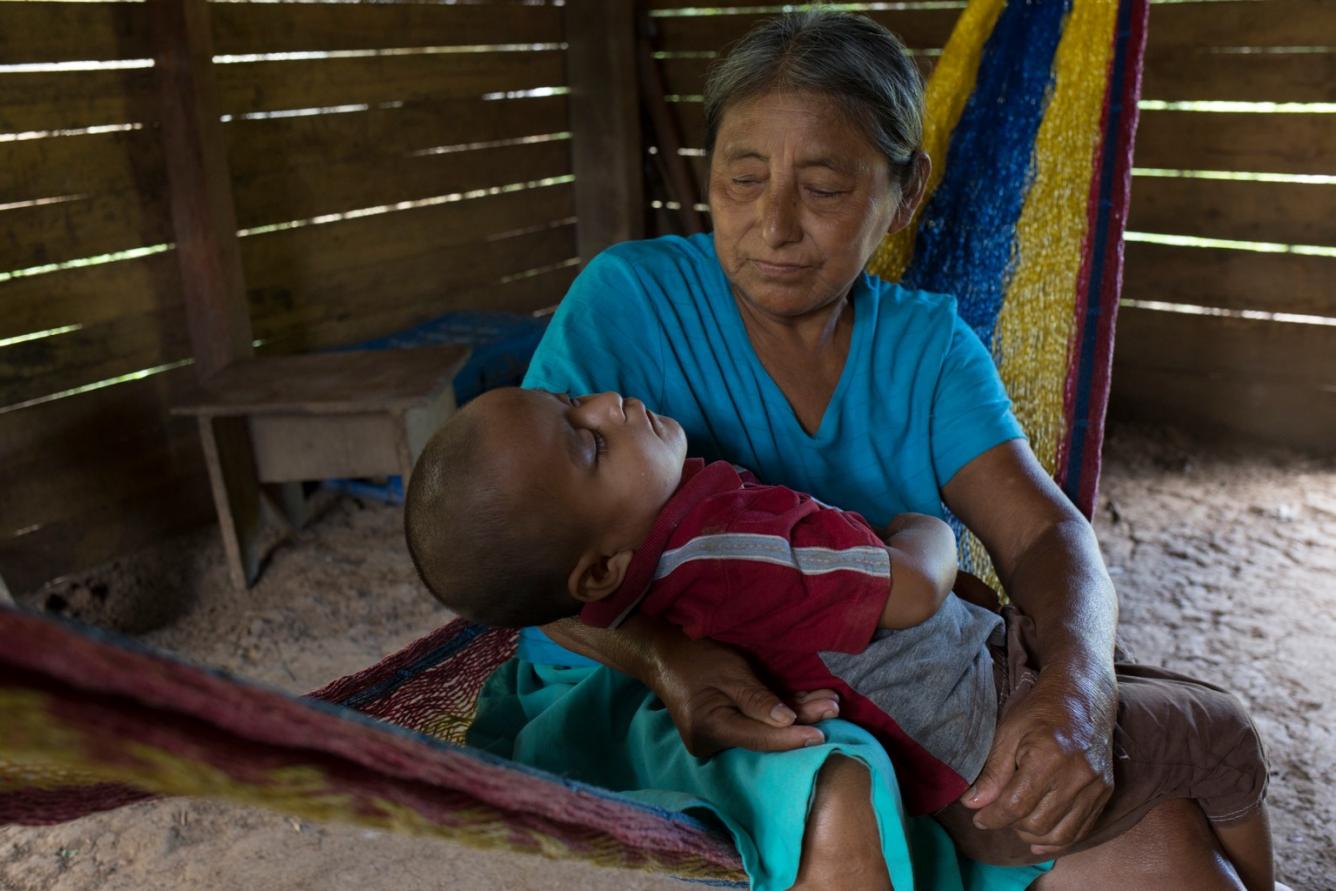 Belize has made considerable progress in the area of early childhood development in recent years, and Maria Choc appreciates the parenting support and the chance to learn new caregiving skills and get new ideas on how to interact with Abner that the Roving Caregivers program provides.