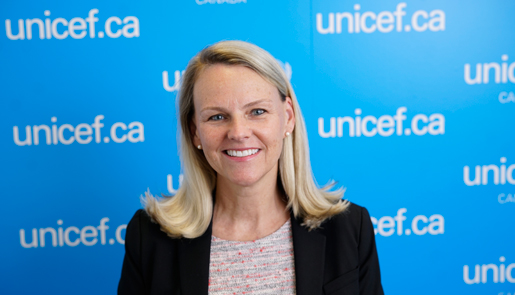 Linton Carter is the Chief Development Officer of UNICEF Canada, a leading humanitarian organization dedicated to helping children around the world survive, thrive and reach their full potential.

For more than 25 years, Linton’s ability to develop donor relationships, generate revenue and motivate staff and volunteers within the charitable sector has resulted in significant and measurable impact in fundraising and community engagement.

As a member of the executive leadership team at UNICEF Canada, Linton infuses foresight, energy and long-term strategic thinking into the organization, driving it forward to help achieve its ever-evolving and demanding mandate. She spearheads innovative fundraising campaigns to reach newer and more diverse donors, and positions UNICEF Canada as a charity of choice with key donor groups across multiple revenue channels.

A forward thinker with a knack for powering organizations in their philanthropic efforts, Linton possesses a deep commitment to children. Prior to joining UNICEF Canada, she worked as Chief Development Officer at the Children’s Aid Foundation, overseeing fundraising and grants, and heading its successful National Campaign for Child Welfare. She also served as Vice President, Philanthropy, for the YMCA of Greater Toronto, and as Senior Director, Community Involvement for SickKids Foundation.

Linton is a long-time champion of strong community relations, having launched social and charitable partnerships for Hudson’s Bay Company and Foresters, in addition to running successful campaigns for the MS Society of Canada and Branksome Hall.

Linton’s passion for giving back both personally and professionally has empowered her to develop strong volunteer, donor and organizational relationships that have resulted in successful programs and, more importantly, improved child well-being across Canada and the world.

Linton completed her Bachelor of Arts in Sociology and Women’s Studies from Bishop’s University, and a Postgraduate Certificate in Public Relations from Humber College. She is married to a high school teacher and has two teenage sons. 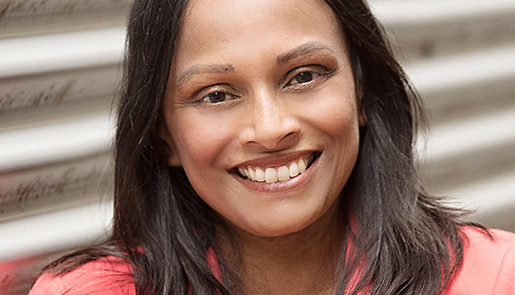 Rowena Pinto is the Chief Program Officer for UNICEF Canada, leading efforts to promote the rights and well-being of children in Canada and around the world. UNICEF has saved more children’s lives than any other humanitarian organization.

For more than 20 years, Rowena has brought her strategic focus in the areas of advocacy, engagement, policy, communications and programs to the public and charitable sectors. Over her career, she has raised the profile of organizations through strategic communications efforts and brand engagement. She has also played a significant role in the passing of key legislation that has supported healthier Canadians as well as vulnerable populations.

As a member of UNICEF’s Executive Team, Rowena ensures that UNICEF’s mission activities, which are focused on reaching every child and ensuring their well-being no matter where they are in the world, are well established, leveraged where possible and communicated widely. She works effectively in partnership with her colleagues and stakeholders to engage UNICEF’s supporters in order to increase UNICEF’s impact both internationally and domestically.

Rowena builds on the strengths of an organization to improve outcomes. Prior to coming to UNICEF, Rowena was the Vice-President of Public Affairs and Strategic Initiatives at the Canadian Cancer Society, Ontario Region, where she created a number of key programs, including the Society’s advocacy program and youth advocacy capacity. She also leveraged the solid history of the Society’s hallmark patient programs to enable better client and donor stewardship and engagement. Rowena also served as Ontario’s Chief Reputation Officer for several years, and increased the overall positive impact of the Society’s communications department.

Rowena began her career in Ottawa in the federal government. She credits her start with Correctional Service Canada in igniting her interest and passion in social policy, supporting vulnerable populations and citizen engagement in government.

Originally from Montreal, Rowena holds a Master’s degree in Public Policy and Public Administration from Concordia University. She currently lives in Toronto with her husband, who works in IT, and her son and twin daughters. 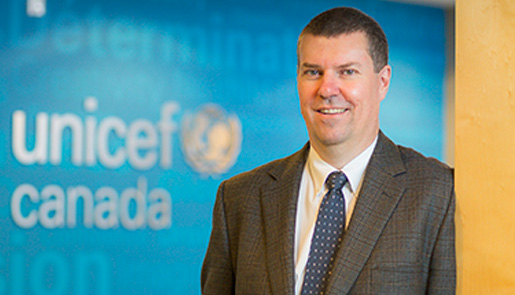 Dave Spedding is the Chief Operating Officer of UNICEF Canada, a leading humanitarian organization dedicated to helping children around the world survive, thrive and reach their full potential.

For almost 25 years, Dave has brought his vision, commitment and experience leading large-scale philanthropy and business operations to non-profit organizations across Canada. A champion for children, he has spearheaded efforts to provide support, opportunity and hope to the most vulnerable children in Canada and around the world.

As a member of the executive leadership team at UNICEF Canada, Dave provides critical guidance and oversight to the organization, ensuring it delivers on its mandate to help vulnerable children in the most efficient, effective and timely manner. He has been at the forefront of UNICEF Canada’s fundraising response to several global emergencies, ensuring Canadian support is directed to those who need it most.

A strategic thinker with the discipline to maximize resources for results, Dave plays a fundamental role in ensuring UNICEF Canada remains a top organization for Canadians looking to help children around the world.

Prior to joining UNICEF Canada, Dave led fundraising efforts and expanded the reach of several prominent non-profit organizations, including Save the Children Canada, Big Brothers and Big Sisters of Toronto, United Way and the MS Society of Canada.

Through his commitment to good governance, transparency and advancing organizational excellence, Dave has contributed to the growth and improved performance of organizations, empowering them to better deliver on their promises to children.

Dave completed his certificate in Broadcast Journalism at Loyalist College in his hometown of Belleville, Ontario. His wife has also worked in the non-profit sector for 20 years. They live in Toronto with their daughter and son.