Community Health Volunteers brave the heat and fighting to save lives in Yemen | UNICEF Canada: For Every Child Skip to main content

Since April 2017, over half a million cases of Acute Watery Diarrhoea (AWD) / suspected cholera have been reported from all corners of Yemen. Over 50 per cent of these cases are children under 18. More than 2000 people have succumbed to AWD/suspected cholera in the last four months alone, making this outbreak one of the worst globally in recent times.

To control the further spread of this outbreak, UNICEF and partners are reaching out to the communities through a nationwide awareness campaign. Across the country, Community health volunteers are going from house to house, knocking on doors and explaining to parents and children alike, what all they need to do to protect themselves from getting AWD and suspected cholera.

We followed one such group of highly motivated volunteers in the outskirts of Aden, a city which has seen high numbers of AWD/suspected cholera cases in the recent past. 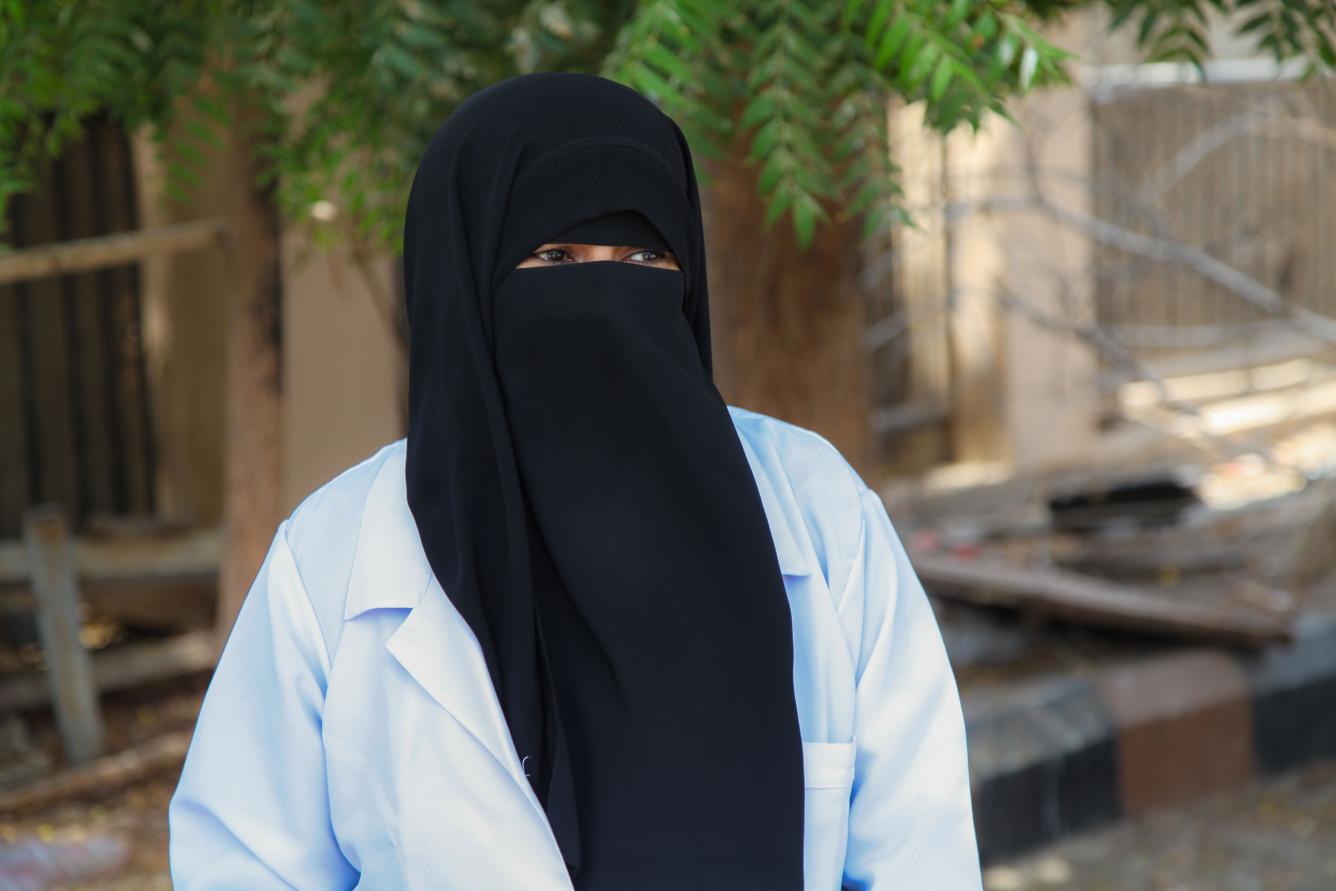 Nothing can stop 43 year old Muhtab and her team who are on a mission. Not the simmering heat nor the high humidity and dry wind. Muhtab Alburaik Salem and her two colleagues are determined to go to each and every household in this community of displaced persons and talk with them about how the families can protect their loved ones from contracting Acute Watery Diahrrea/suspected cholera.

Muhtab’s team is part of a House to House Cholera Awareness campaign launched by UNICEF and partners including WHO and World Bank to raise awareness on prevention against AWD/suspected cholera outbreak which has resulted in over 2000 associated deaths in the last four months alone. 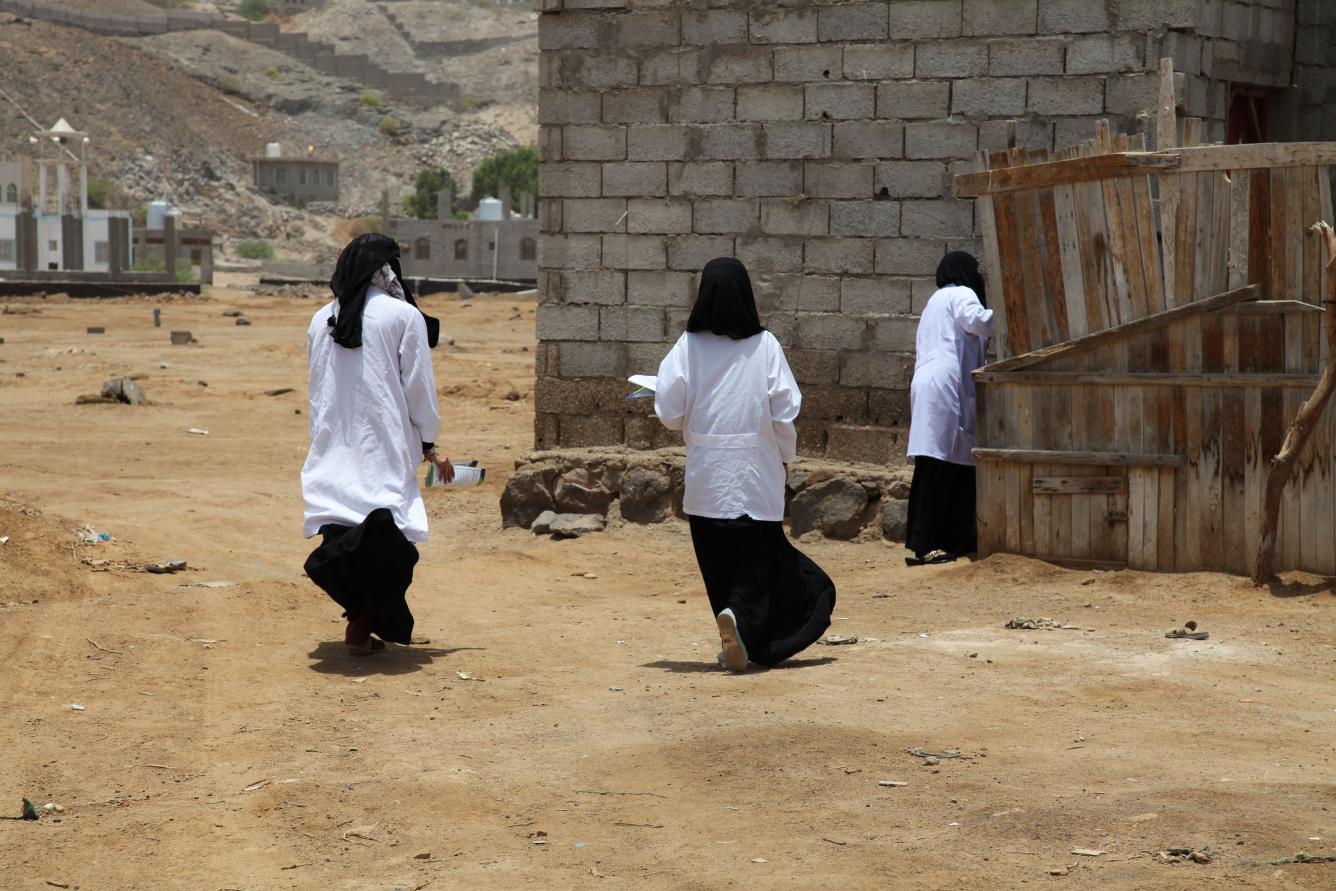 The gritty volunteers, along with thousands others go from house to house and knock till those inside open their doors. If no one is inside, then they come back again later, but they will not leave until they have spoken to the residents of the house and informed them on the precautions the family needs to take against the outbreak. 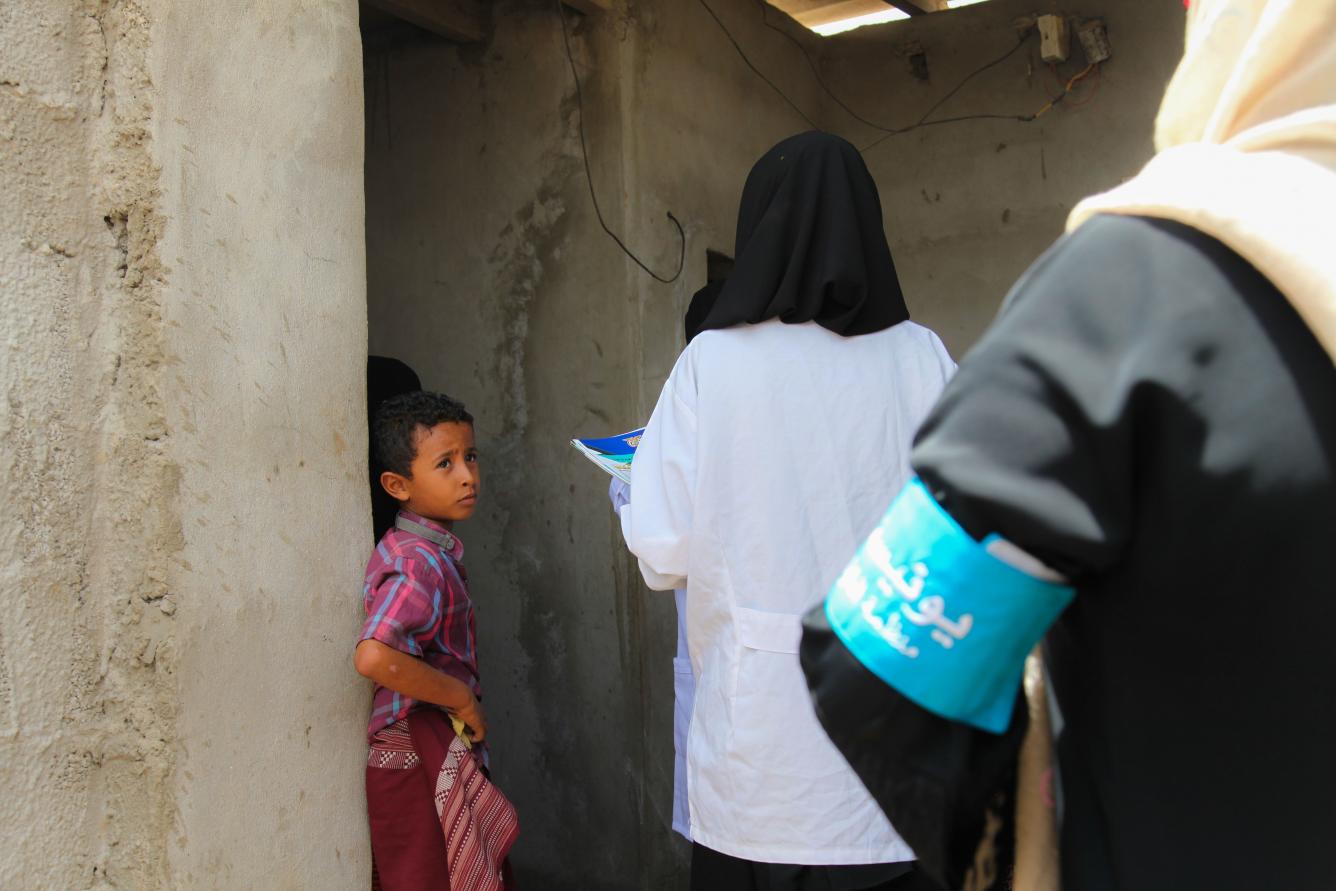 Once inside a residence, Muhtab quickly identifies the lady of the house. What follows next is 15 - 20 minutes of counselling. The team shows the family how to wash hands with soap before eating food or after the use of toilet. They also stress on the importance of boiling water before drinking as an important preventive measure.

“I have seen with my own eyes how a healthy person can quickly get sick after suffering from acute watery diarrhea. This disease is preventable so what I do is spread awareness among the most vulnerable communities on what AWD is and how to prevent it, or how to react if they have somebody infected in the family,” says Muhtab as she goes from one house to another. 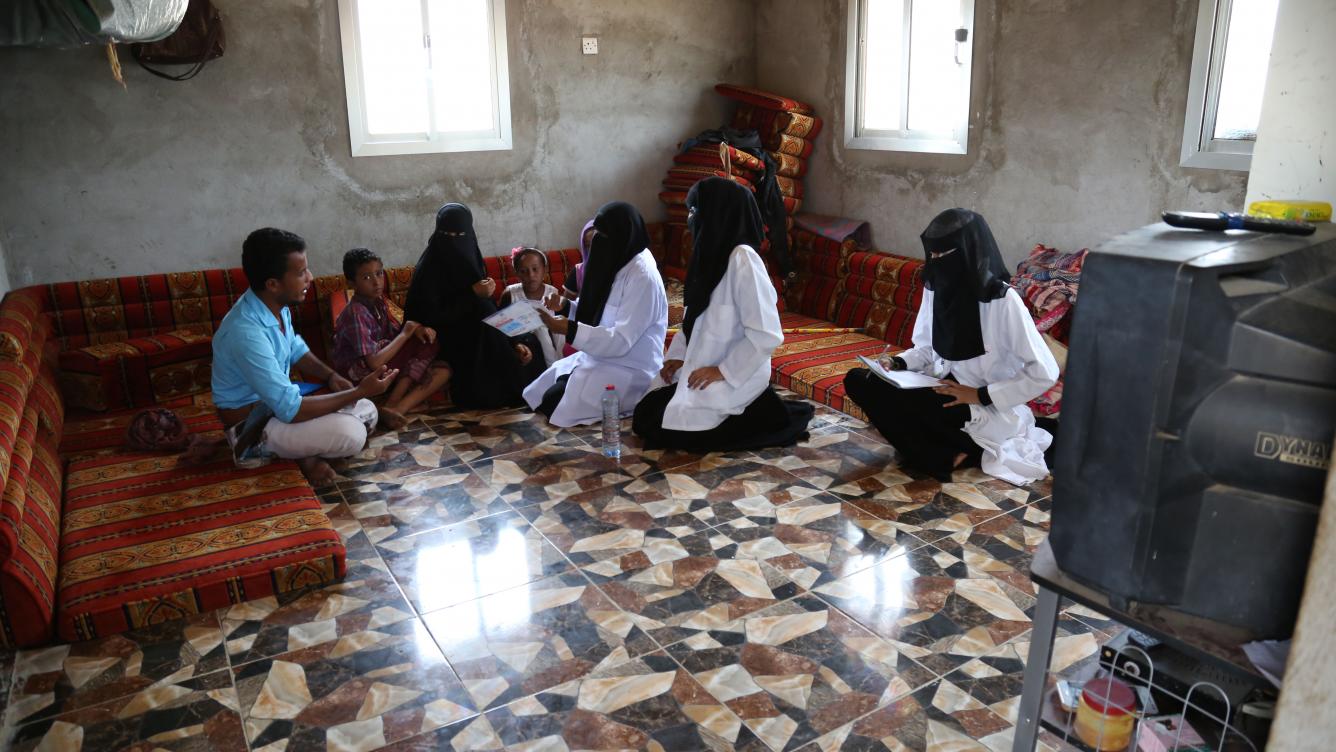 Across Yemen, thousands of people are reporting sick with AWD/ suspected cholera on a daily basis. Most of them live in unclean and unhygienic areas. Many of them are displaced from their homes as a result of the two and a half years of conflict that has taken thousands of lives and destroyed homes.

Water and Sanitation services are barely functioning in most parts of the country. Most Yemenis haven't received water in their taps or electricity in their homes for over two years. Garbage is lying on the streets and stagnant water is collecting in residential areas. This is a perfect recipe for a public health crisis. 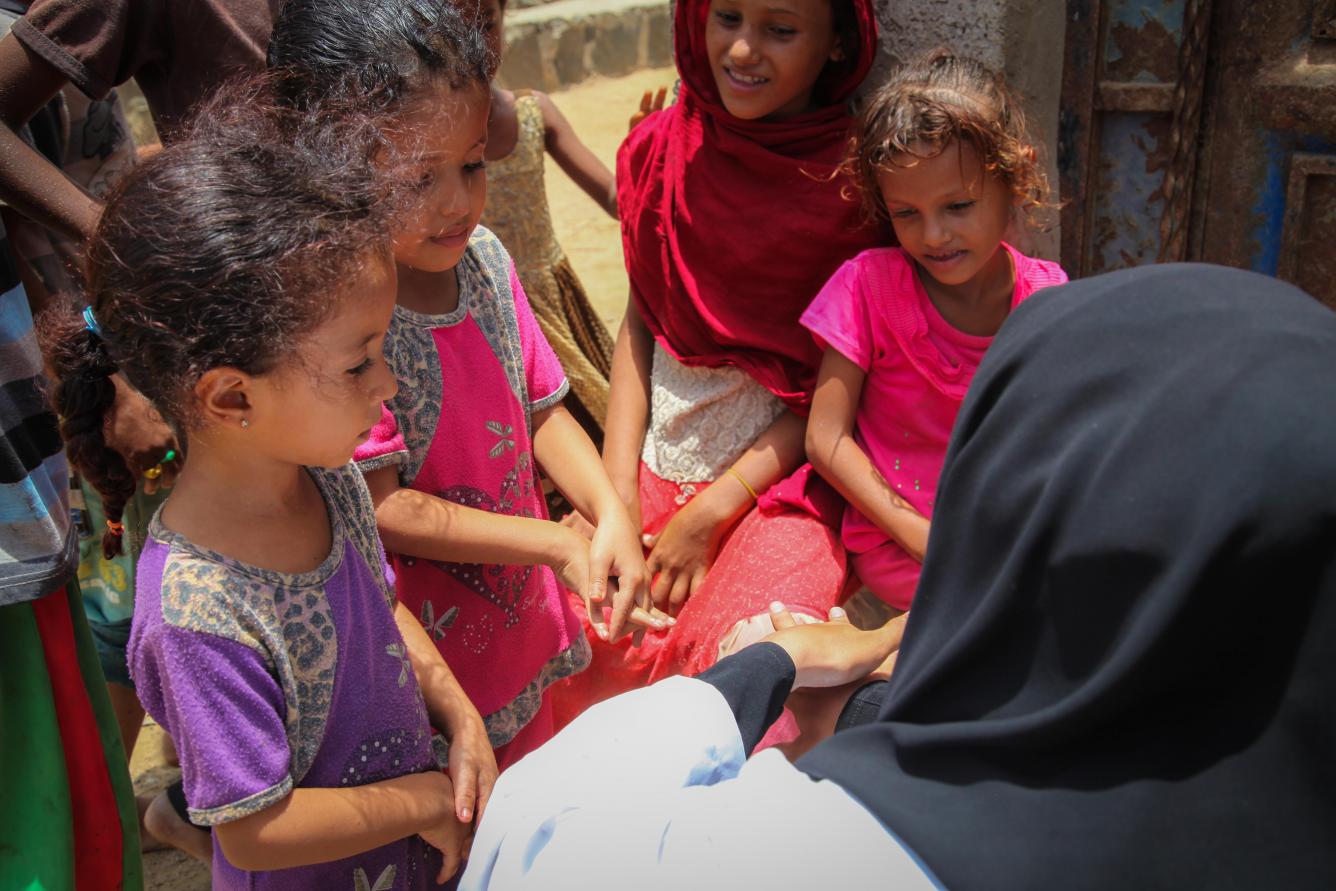 Leading the operations against the outbreak from the front is UNICEF's Saifeldin A. Nemir. With his team he is out in this settlement where those displaced from the conflict have taken shelter. "We are reaching every household across the region with this basic yet critical bit of information on how to protect yourself and your family from AWD. In the coming days, we will also distribute soaps and oral rehydration salts to affected families," he said.

With no end in sight to this crisis that has plagued the Middle East’s poorest nation, such outbreaks are only likely to increase if basic social services such as health, water and sanitation are not urgently and fully restored.