“I was praying as I walked” Malnutrition in Central African Republic | UNICEF Canada: For Every Child Skip to main content

“I was praying as I walked” Malnutrition in Central African Republic

Pierre’s mother died three years ago, soon after he was born. He lives with his father, Prosper, sister and grandmother in a little village outside Bangui, the capital of the Central African Republic. Pierre’s father doesn’t have a job, their lives have been ripped apart by ongoing conflict in the country. Every day is a struggle to find enough to eat. Surviving mostly on dwindling supplies of corn that they could collect from a nearby farm, Pierre’s weight began to drop. By July 2018, he was regularly getting sick, refusing to eat and becoming emaciated. Worried that he couldn’t afford to go to the hospital, Prosper tried treating Pierre with traditional medicine, but he kept getting worse.

Help families in times of crisis when they are cut off from food supplies, with a life-saving UNICEF Canada Survival Gift. 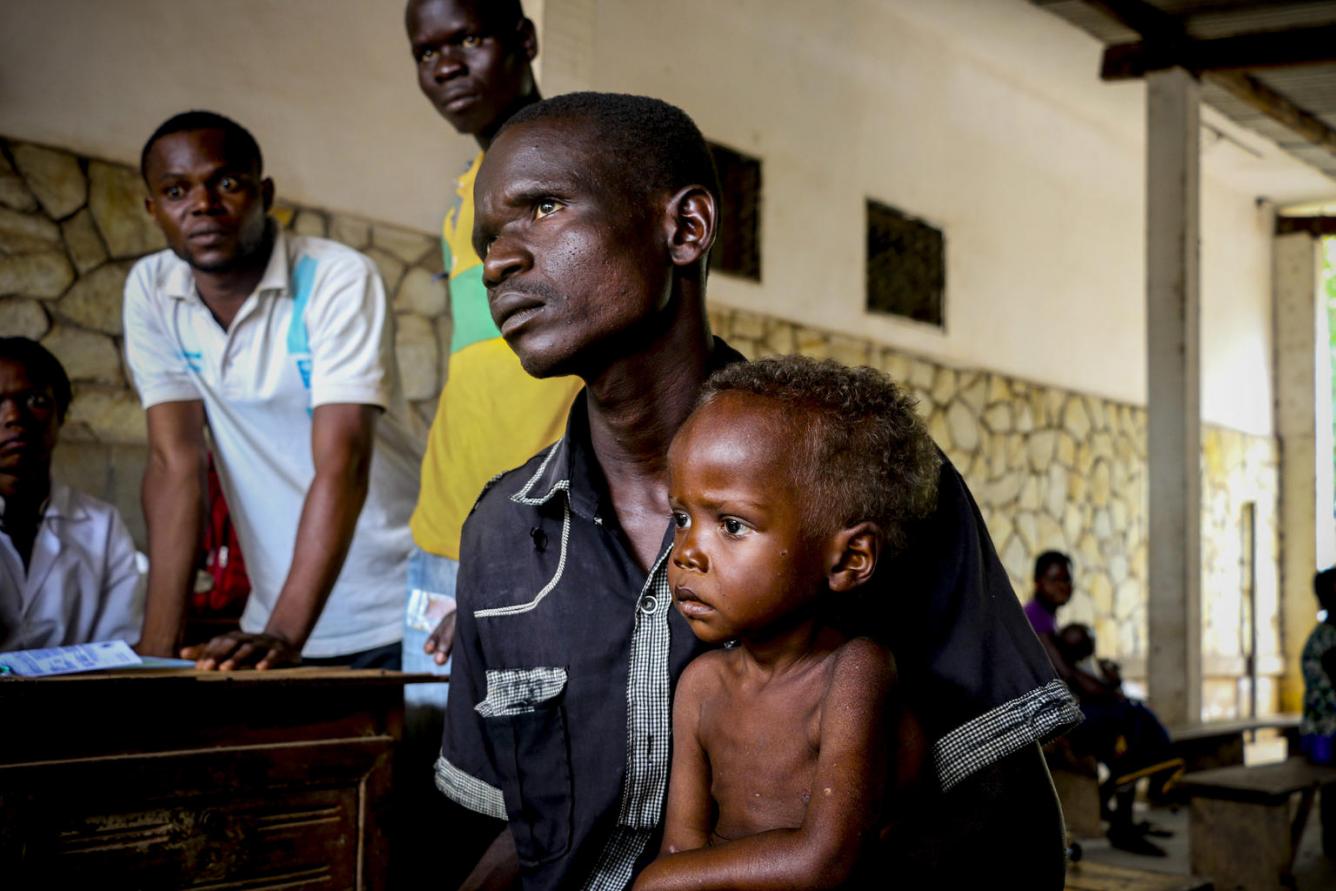 Pierre weighed just 9 kgs (19 lbs) and he had severe diarrhoea. Fearing Pierre was close to death, Prosper walked the 12 kms to the nearest health facility, carrying his emaciated son in his arms. “I was praying as I walked. I didn’t know if Pierre was going to make it to the hospital alive. I wondered if God’s plan was to send this child, only to take him back. I’m a man, so I didn’t want to cry. But inside, I was worried.” 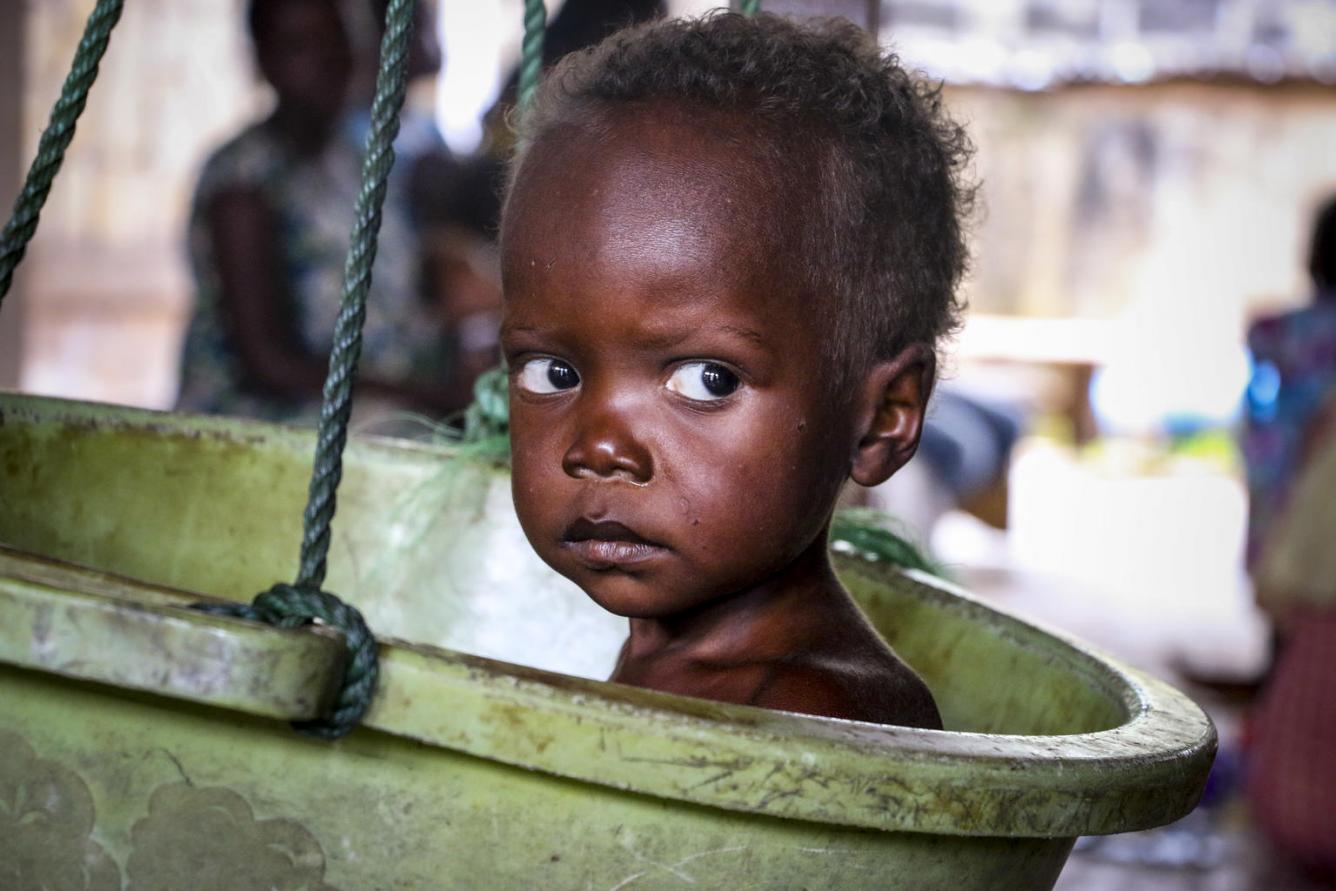 Once they entered the health centre, which receives support from UNICEF, doctors rushed to stabilize Pierre. “I was surprised that there were so many people that were working to help my child,” Prosper recalls. “When we got to the health centre, everyone ran to him.” The next day, Pierre didn’t seem to be getting any better. He was almost unconscious because of severe dehydration caused by diarrhoea. Doctors at the health centre, fearing he might die, referred him to the only pediatric hospital in the whole of the Central African Republic for more intensive care.  On July 20, Pierre was admitted to the Bangui Pediatric Hospital, a lifeline for children suffering from the most severe cases of malnutrition. 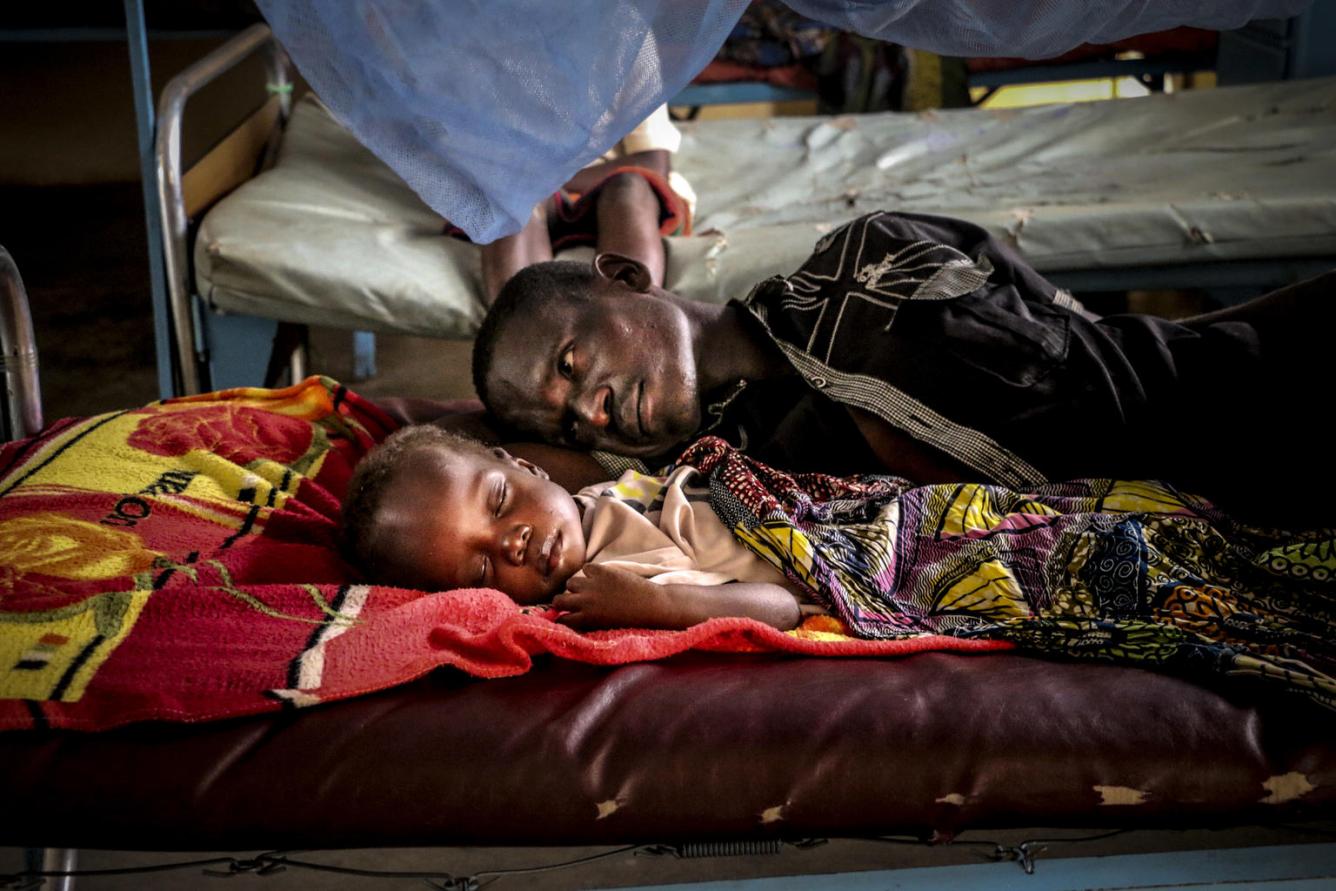 Pierre and his father spent an agonizing week in the acute stabilization ward, where Pierre received two hourly treatments of fortified milk, too weak to eat. The hospital’s malnutrition stabilization wards are overwhelmed, every bed is full, many with two children, all of them weak and fragile and in need of lifesaving care. After seven days, he was strong enough to move wards for the next phase of treatment. Prosper and Pierre spent four more days in the hospital. Every day Pierre got a little stronger. He started to smile again, and was eating up supplies of ready-to-eat the therapeutic food – a fortified peanut paste provided by UNICEF – so vital for a child’s recovery from malnutrition. 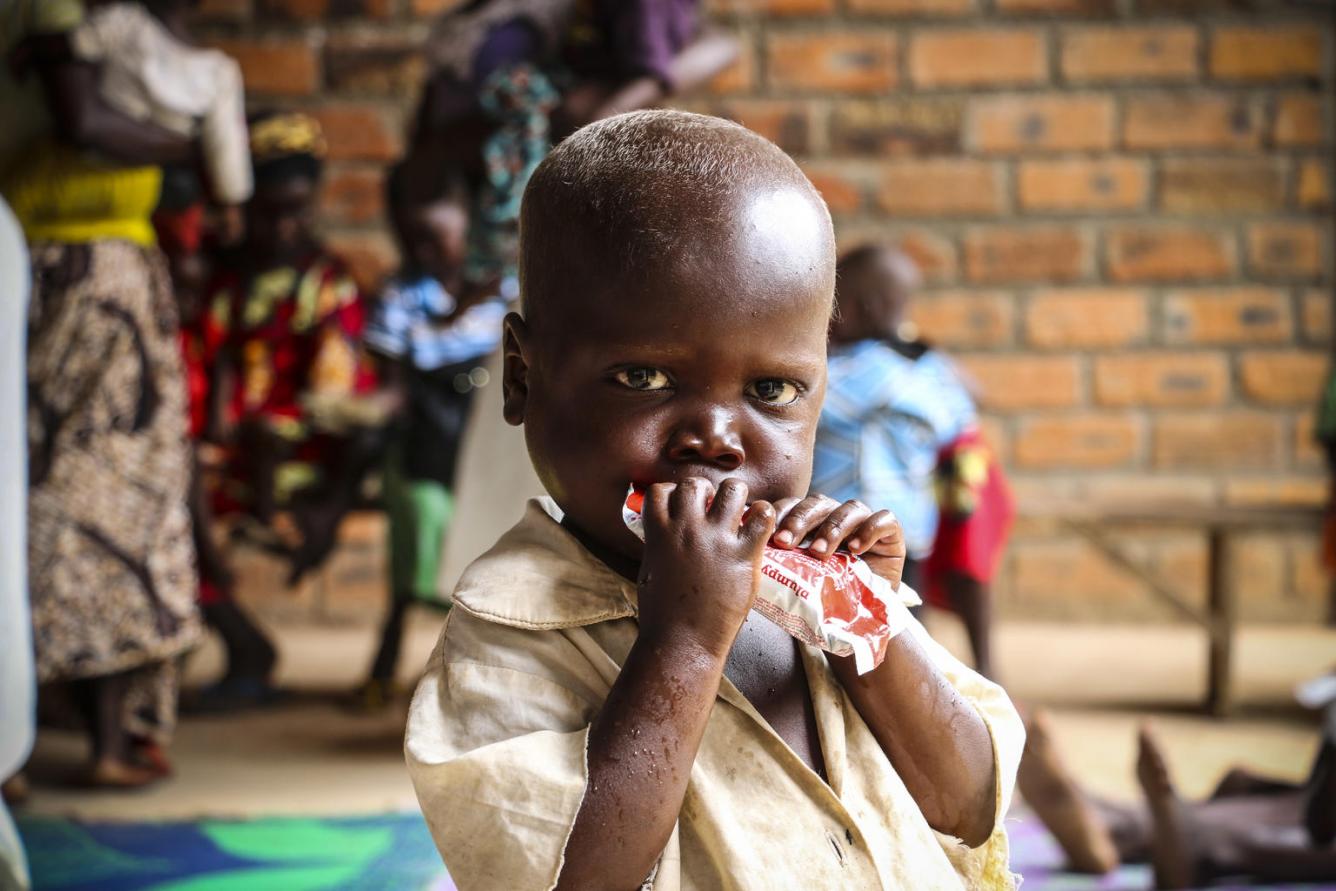 Finally, after 10 days of meticulous, around the clock care, it was time for Prosper to take Pierre home to see his sister. Prosper received strict instructions to refer Pierre to an outpatient feeding programme at the health centre near his village. For the next few weeks, Pierre received regular follow up health checks and a supply of therapeutic food to help him gain weight. 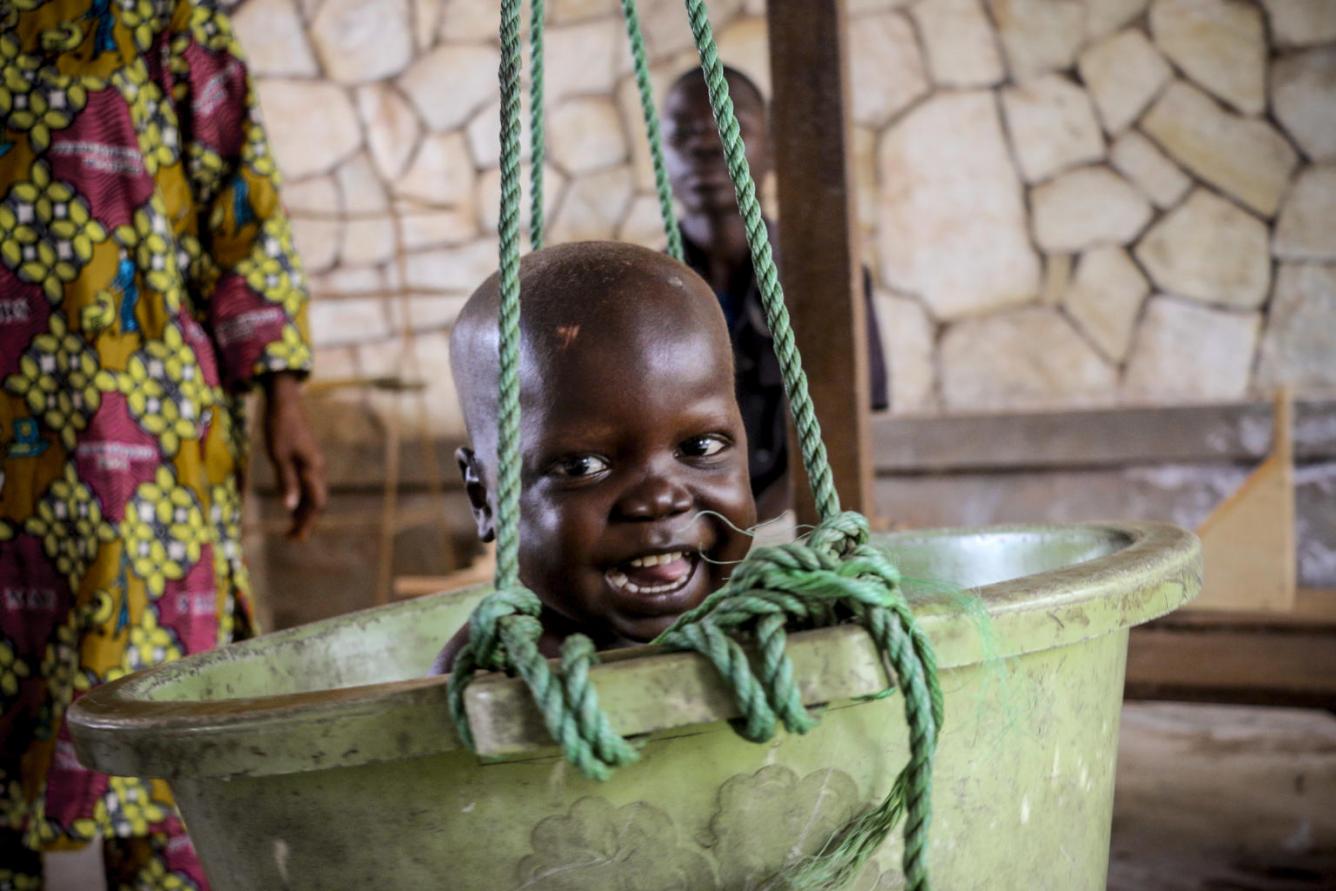 On August 16, Prosper woke at 5 am to carry Pierre the 12 kms to the health centre so he could receive his first check-up. “I feel relieved. Now that Pierre is doing much better I can go and work in the field or chop some wood to provide something for him.” After a month in the outpatient feeding programme, Pierre has bounced back to life. He still clings to his father, but he laughs when he is placed in the bucket that weighs him at the health centre. 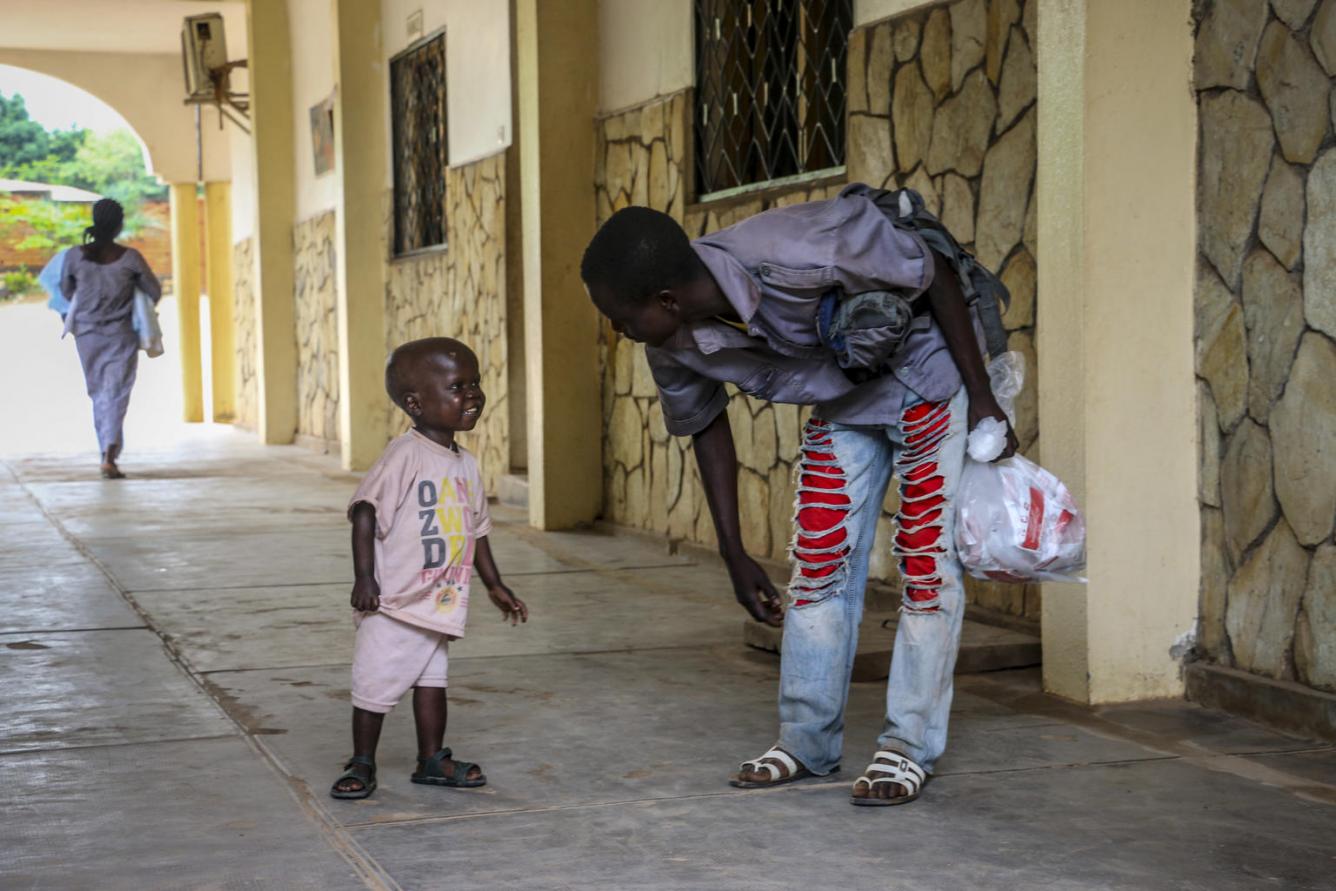 The worry that had gripped Prosper for the past month has begun to fade. He can begin to hope for a future for little Pierre. “I want to send Pierre to school, I want to find work so I can send him to school. That would make me happy. I’m very happy to see him like other children.”

Theophile Basimba, a UNICEF Nutrition Specialist in Bangui said: “Pierre only just made it to the health centre in time. We could stabilize him with simple, cost-effective and proven life-saving interventions like therapeutic milks. He’s making a strong recovery and we’re supporting his father to provide the ongoing care that Pierre will need." 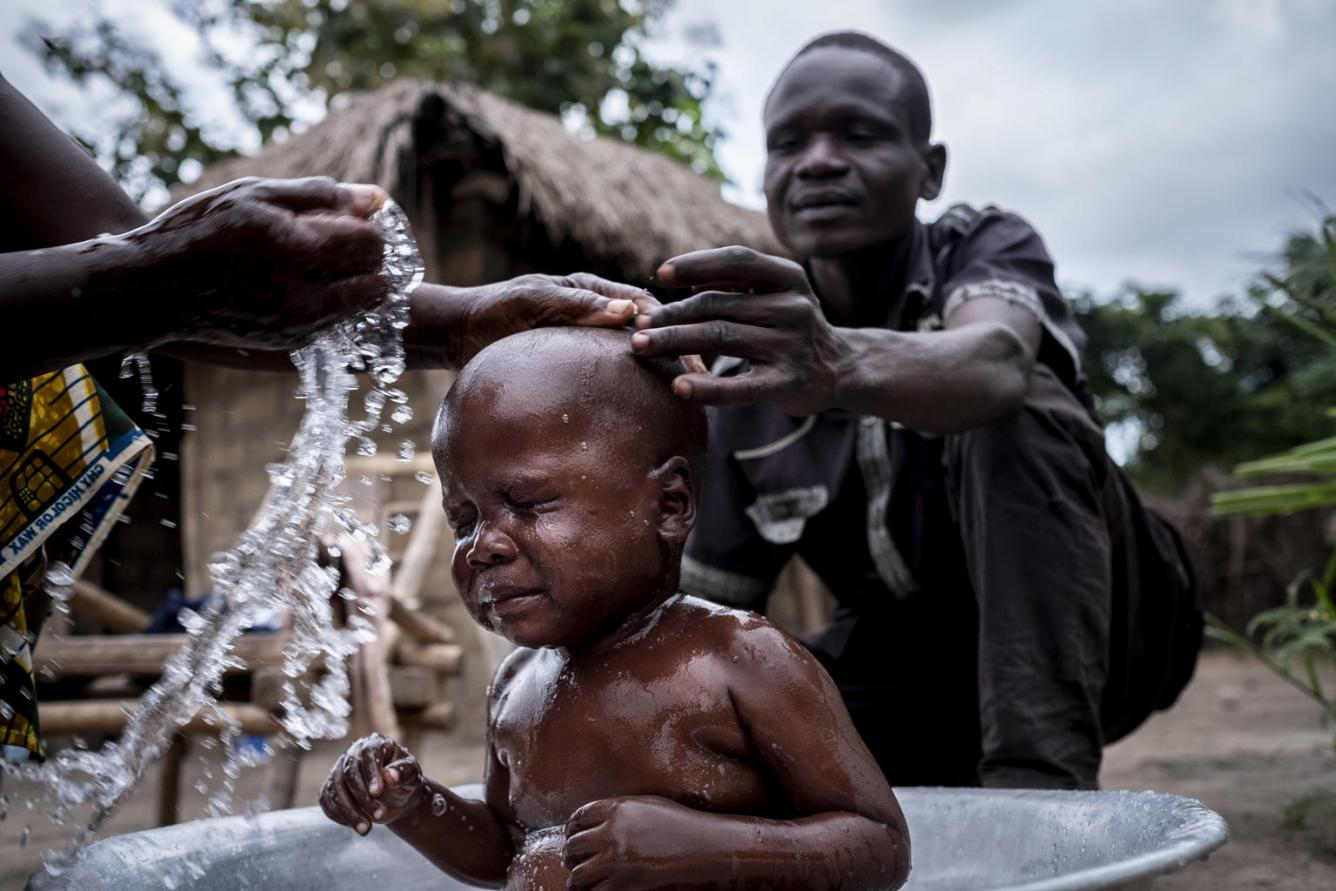 “The situation for children living in the Central African Republic is getting worse every day. Many children are cut off from services because of fighting and insecurity, their families can’t farm, there’s no food for them to eat. There’s one pediatric hospital in the entire country, and it is overwhelmed. Children like Pierre, who are severely malnourished but able to access health services are the lucky ones,” Theophile says. “It’s bittersweet to see Pierre smiling again because too many kids across this country are unable to get the kind of care they so desperately need”.

Boost a malnourished child’s chance of survival with Plumpy’Nut®. Three packets a day can help an undernourished child gain up to two pounds in one week, promoting health and well-being.