Preparing for Irma: UNICEF Haiti's team deployed at the frontline | UNICEF Canada: For Every Child Skip to main content

Preparing for Irma: UNICEF Haiti's team deployed at the frontline

Unless we reach children immediately when a disaster strikes, we risk the spread of disease and life-threatening waterborne illnesses like diarrhea. We have no time to lose. You can help now.

The following is a first-hand account of the preparations taken by UNICEF staff in Haiti by Cornelia Walther, Chief of Communication at UNICEF Haiti. To help children and their families affected by Hurricane Irma, click here.

I am waking up to battering rain. Irma is coming closer. Packing winds of 300 kilometres per hour, Irma is the most powerful Atlantic hurricane on record.

Exceeding the available measuring scale level 1-5, Irma is far stronger than Hurricane Matthew, a category 4 hurricane that devastated Haiti’s South and Grand Anse departments just one year ago. Irma is barreling across the Caribbean with many island groups and millions of children, women and men in its path. Those who are at the most immediate risk are families in the less well-off Caribbean islands who live in fragile housing. They face potentially catastrophic consequences. Millions have been urged to prepare, and some are taking cover in emergency shelters. Listening to the rain drumming over my head I think of those families who live in makeshift homes that barely stand straight in normal weather. What will their lives look like in 48 hours. 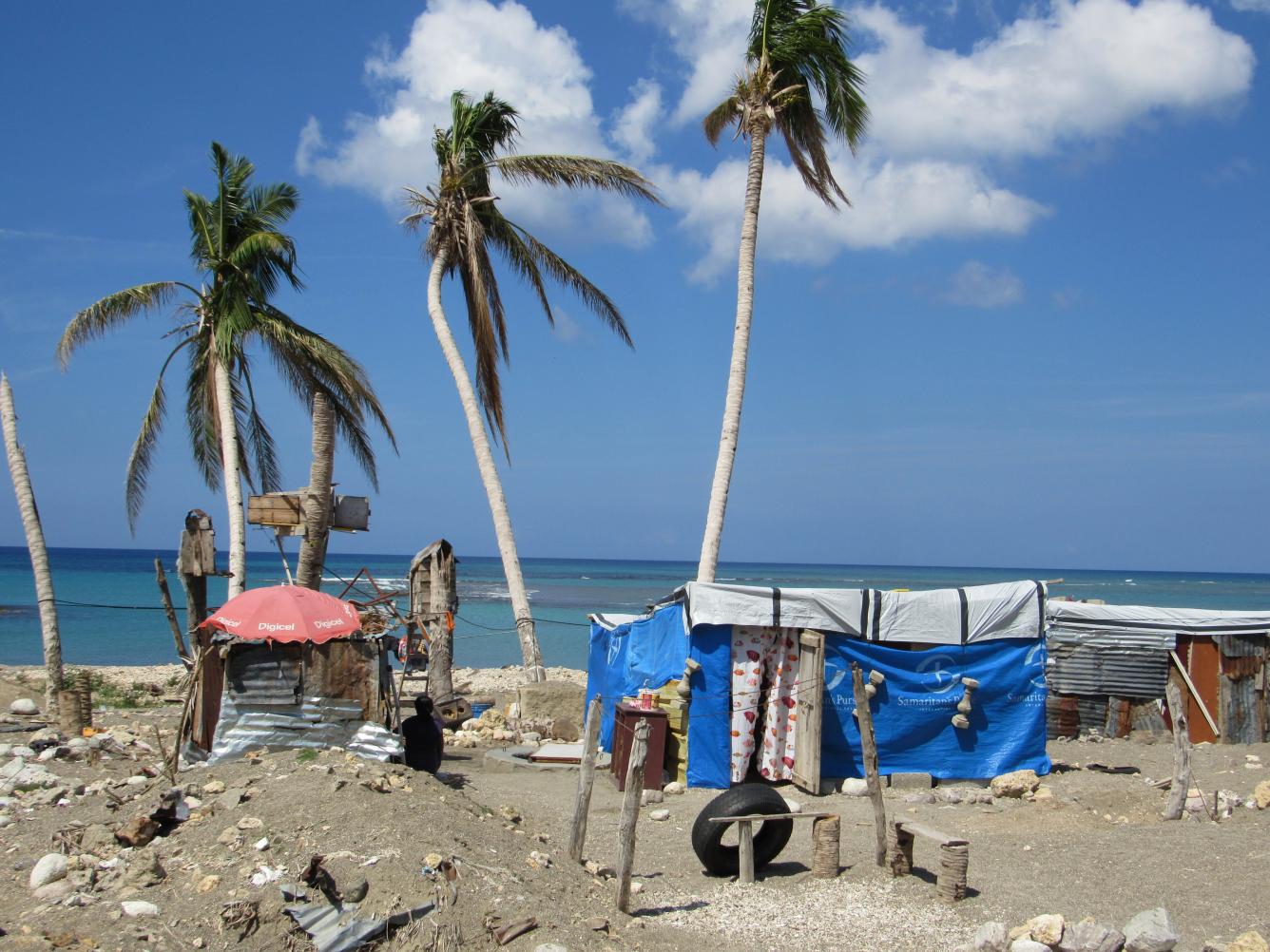 Yesterday, UNICEF started deploy teams to the locations that will most likely be hit hardest once Irma reaches the Haitian shore. Their expertise covers children’s crucial needs – Water and Sanitation, Health and Nutrition, Education and Child Protection. Starting beginning of the week, emergency stocks have been prepositioned via the Government and civil society partners in the areas at risk. These include those supplies that will be most needed during the immediate response when access to clean water, shelter and basic social services becomes scarce. 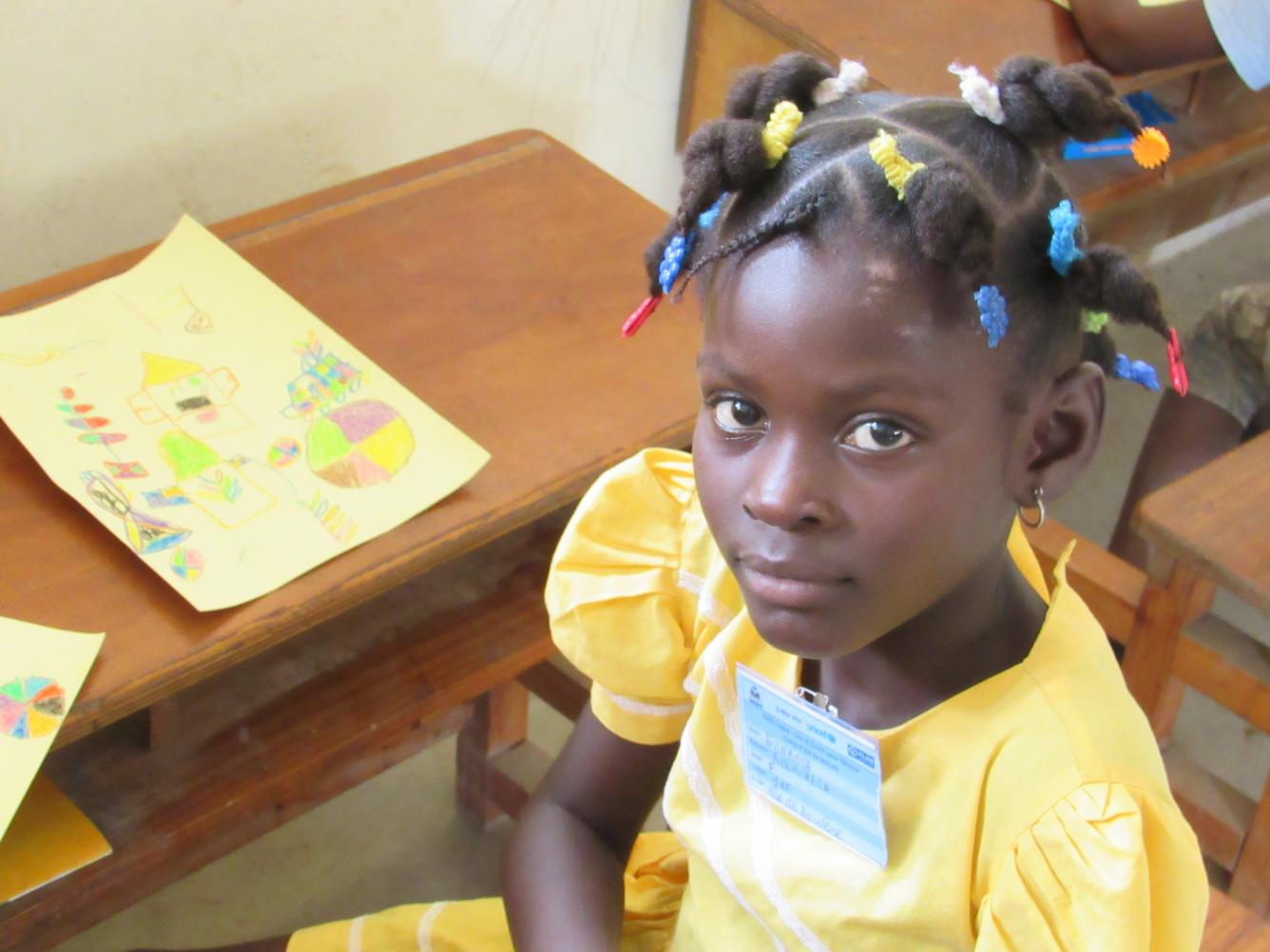 It is hard to imagine that only three weeks ago I visited Cap Haitian. Three weeks that feel like a closed chapter of the past. Wondering whether the schools and smiles that I got a chance to see will still be there at my next visit.

As a reminder – in October 2017 Matthew affected 2.1 million people, of which 1.3 million were children. UNICEF’s emergency response, done in close partnership with the national Government, kicked in immediately, with key interventions centering around water, hygiene, education, protection, nutrition and health, while at the same time responding to the spread of cholera. This work continues as the affected populations’ transition to normality. Among other results, efforts over the past 11 months allowed for the rehabilitation of 75 schools with 25,000 students returning to the classroom, access to drinking water for 400,000 people, and access to medical attention for 80,000 people in affected areas without operational health centers.

Our office has entered the emergency modus. All efforts are concentrated to make sure that children will get the life-saving help they’ll need once Irma is gone. Stay tuned.