Thoughts before Matthew | UNICEF Canada: For Every Child Skip to main content

It is Sunday 2 PM local time. I am in Port-au-Prince, Haiti, waiting. Together with 10 million people. Waiting for the impact of yet another burden on the already heavily loaded shoulders of this amazing country.

50 years ago, on 29 September 1966, Hurricane Ines struck Haiti. Categorized in class 4 - like Matthew the hurricane that is on its way today - and winds up to 250 km/h Ines left close to 1,000 people dead, thousands of wounded and over 60,000 who had become homeless overnight. Damage was estimated at US$ 20 million, at the time.

As am writing this Matthew is centered about 335 miles (535 kilometers) south-southwest of Port-au-Prince, traveling north-northwest at 5 mph (7 kph)... It is one of the most powerful Atlantic hurricanes in recent history. Once on site it is expected to dump up to 25 inches (60 centimeters) of rain in the South of Haiti.

Over the past days UNICEF has been working frantically hand in hand with the Government and the humanitarian community in order to preposition crucial stocks for 10,000 people. Safe water is on top of the priority list and water bladders and chlorination tablets have been delivered to regional departments via the government's DINEPA (Direction Nationale de l"Eau Potable et de l'assainissement). Clean drinking water is the first commodity that runs short in an emergency like this and in a short laps of time 'the source of life' can become the cause of epidemics. In a context where less than one in five people of the rural population has access to improved sanitation, and around 40 per cent use unprotected water sources, it is feared that the hurricane will worsen an already dark scenario. Since the Cholera outbreak in 2010 nearly 10,000 people have died. Currently there are several hundred new cases every week, and one in three of those who are affected is a child. Information campaigns on simple measures that individuals can take to protect themselves and their loved ones from the disease (washing hands, chlorinating water, etc.) have been intensified and are underway in all areas at risk. 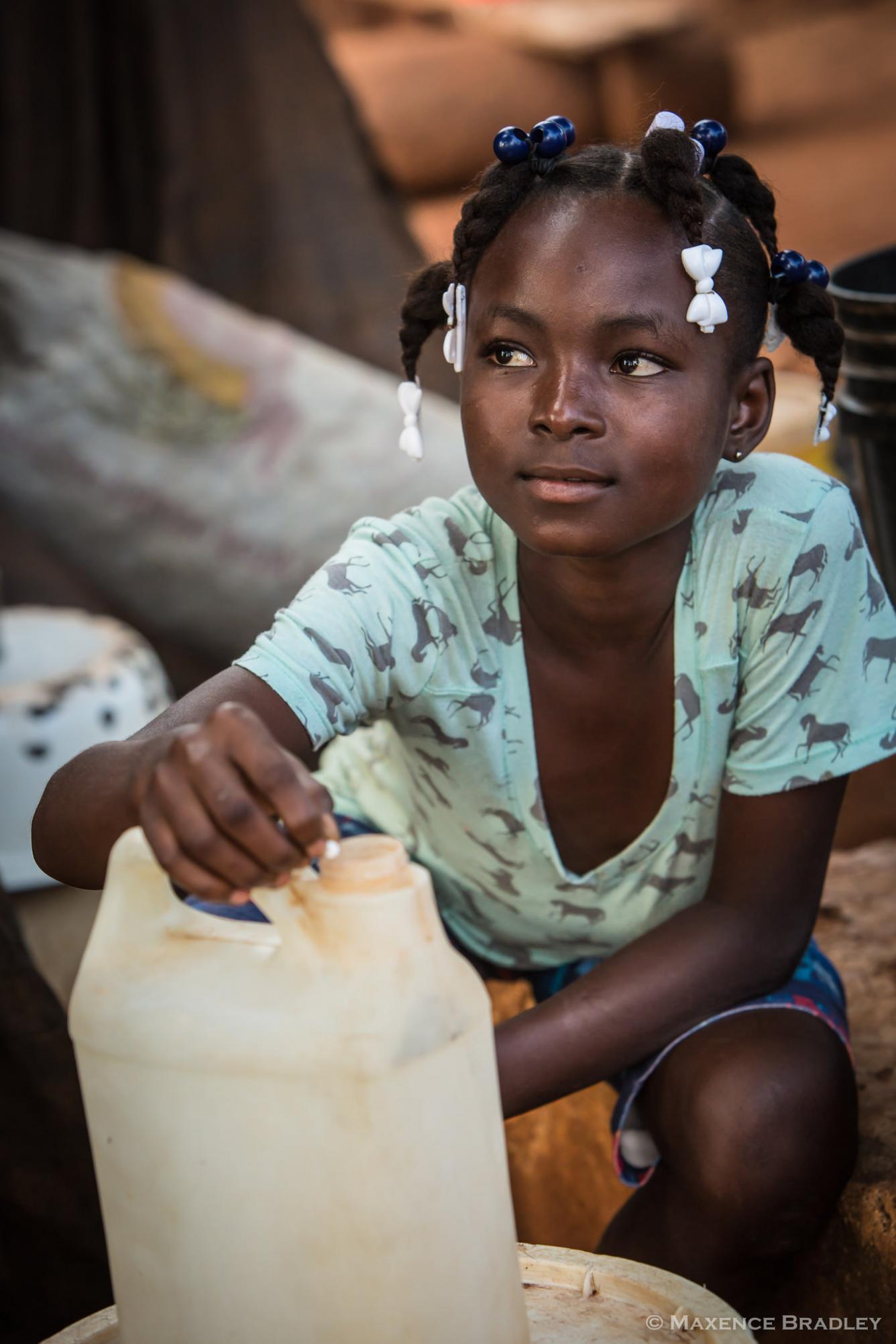 Aside from the prevention of disease UNICEF teams are ready to intervene in all domains that are sensible to the well-being of children. The aim is to ensure that children are protected from harm. The right to education, protection, health, water and nutrition is not suspended in times of crises but weighs even more heavily.

It is a sad feeling to write this, moving forward on the line of time towards a situation that is likely to cause suffering to thousands of families, and not being able to do anything to prevent it. Since yesterday I have been receiving mails from friends who send love, thoughts and prayers. Living thousands of miles away they seem to be better informed than many of those whose lives may change forever once Matthew strikes. As less than one in seven Haitians has electricity, and literary rates range around 60 percent, access to information remains a rare commodity, and yet tomorrow it maybe lifesaving.

To avoid that people have to face Matthew unprepared, sensitization on protection measures is ongoing full speed, in particular in Les Cayes, the area that is likely to be the worst affected. Here agents from the Government's Civil protection department (DPC) and staff of UNICEF's partner NGOs are walking the streets, urging residents to prepare emergency kits, secure their homes and to spread the message.

Because of its steep terrain Haiti (Ayiti in Taino, the language of the first inhabitants of the island, translates as 'land of high mountains') is particularly vulnerable to devastating floods. Massive deforestation over decades has left countless hillsides and mountains devoid of the trees that usually hold back water. With 60 percent of the population living with less than US$ 1.25 a day, many families reside in houses that are barely able to withstand heavy rainfall. Typically these are built of wood with fragile corrugated steel as a roof. As I hear the wind intensifying outside my thoughts are with those families who now feel their walls shake..

Haiti has so much beauty to share and courage to build upon, that Matthew, no matter its consequences, will not get the upper hand. In the coming days and beyond, we must do whatever we can to support Haitian children, women and men, so that they can pursue their way.

Cornelia Walther is Head of Communications for UNICEF Haiti.

Donate to our Hurricane Matthew Relief Fund so that we can reach more children affected by the disaster.