CHILDREN OF THE RECESSION: UNICEF Report Card 12 | UNICEF Canada: For Every Child Skip to main content

Looking for the latest Report Card? The 2018 Report Card 15 was just released. Click here to read it.

The Great Recession (2008-2011) was the worst economic downturn in generations. Living conditions deteriorated for millions of children in the richest nations. But this did not have to happen. Government actions had a major influence, and in some countries sheltered children from the worst impacts. UNICEF Report Card 12, Children of the Recession, is the first effort to look at what happened to children in the crisis across 41 of the world’s rich nations.

Canadian government policies at all levels helped protect children from some of the worst ravages of the recent financial crisis. Fewer children in Canada are now living in poverty than at the start of the crisis. But not all children fared well. The child poverty gap widened points as the most vulnerable slipped further into poverty. Children today remain poorer and more unemployed than older Canadians. They are poorer than children in many rich nations. The Great Recession also saw an increase in levels of family stress in Canada and a decrease in the percentage of Canadians who believe that children have sufficient opportunities to learn and grow.

Now is the time for all governments in Canada to build on their successful efforts and put children first in their financial and policy decisions. Whether dealing with balancing budgets or spending surpluses, children should be given priority. It is in their best interests and in ours as a nation. If generations have defining moments, this is one of them. 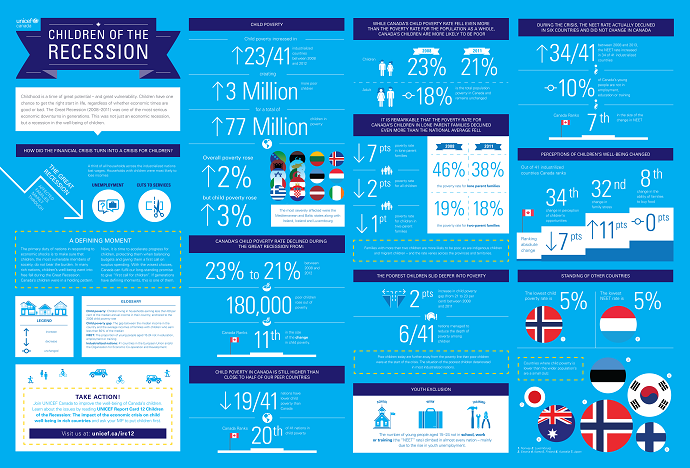 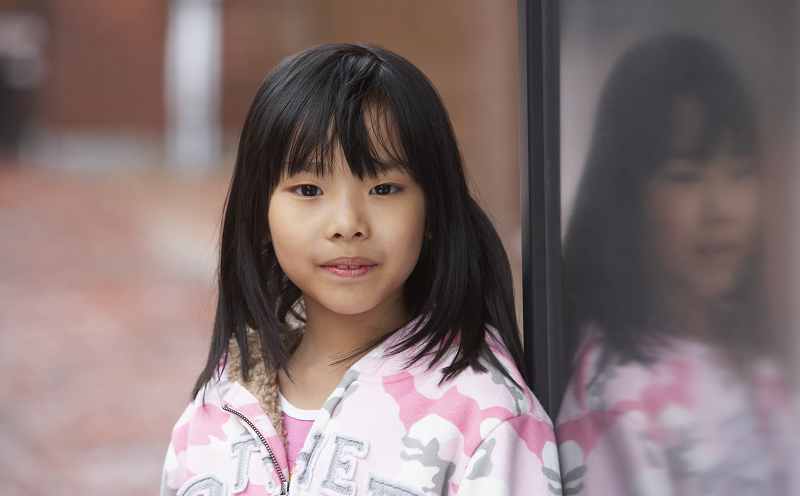 Children of the Recession Infograph 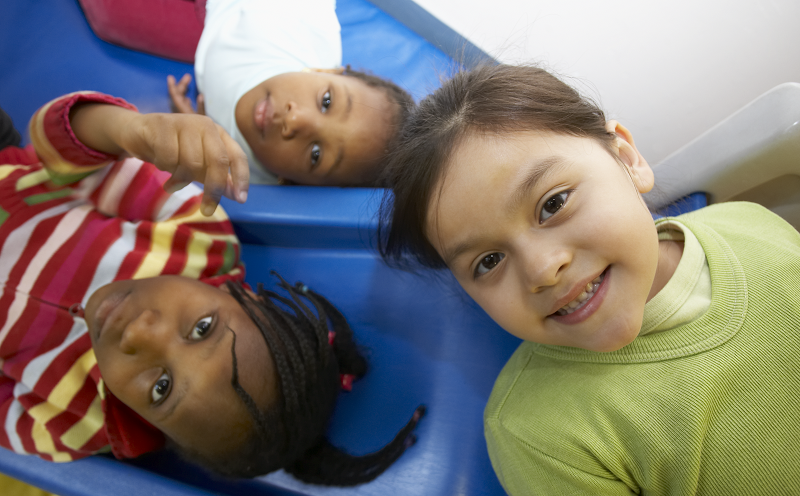 From The Globe and Mail: Canada dodged recession, so why are so many children in poverty? 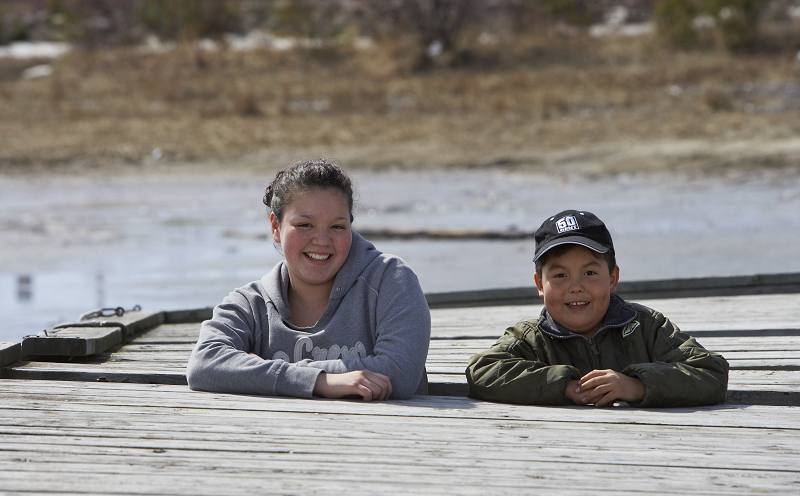 Other Information and Sources