Building resilience and social cohesion for children in Jordan | UNICEF Canada: For Every Child Skip to main content

Building resilience and social cohesion for children in Jordan

Rob Jenkins, UNICEF Representative in Jordan, was recently in Canada, where he spoke to UNICEF Canada staff and gave an assessment of the situation.

Seven years of conflict in Syria have driven millions of Syrians into exile. More than 660,000 of them are in Jordan, and 51 per cent are under the age of 18. With access only to precarious employment, the refugees in Jordan hold on to the hope of returning to their country, but violence and instability in the region suggest that the situation will not improve any time soon.

Children are the innocent victims of this war. Tens of thousands of children have no access to education and are living in extremely vulnerable situations. During his recent visit to Canada, Rob Jenkins, UNICEF Representative in Jordan, and a Canadian, explained, “After seven years of crisis, the pressure on Syrian refugees is increasing. After all these years, we are still facing an emergency situation, whereas we should have progressed to another stage by now.”

Having worked for UNICEF in multiple countries and during various conflicts, Jenkins said the situation is like none other he has seen in the past. Most of the Syrian refugees in Jordan, close to 80 per cent, live in urban areas and on the periphery of cities, putting increased pressure on host populations. To support social cohesion within these communities, it is vital to strengthen civil society and community resilience. 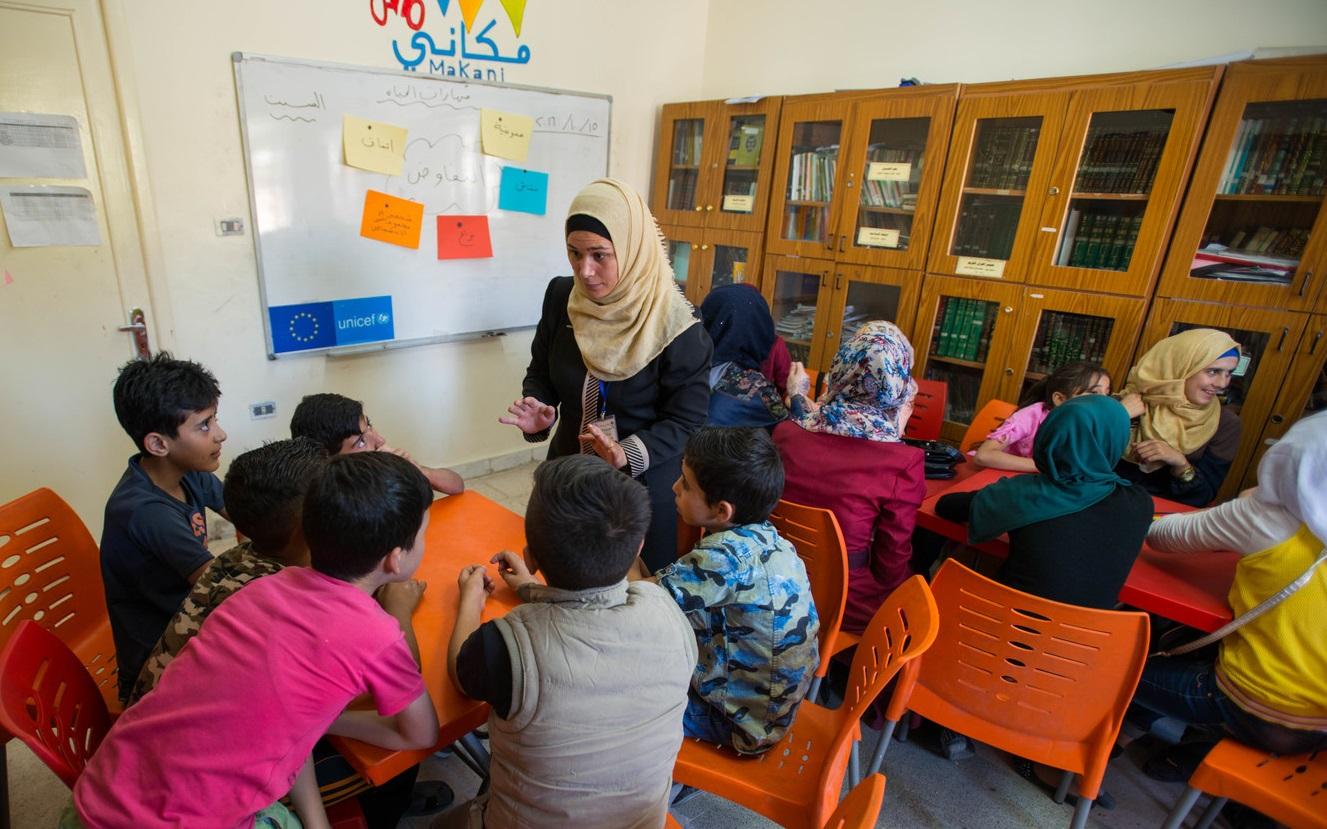 A space for children to come together and share

UNICEF has set up 233 Makani centres for children. These learning centres help break down the isolation and social barriers that exist in the heart of these communities by offering access to education and essential services, life skills training, structured programs, psychosocial support services, as well as child protection services and management of gender-based violence. Syrians and Jordanians, both boys and girls, attend the centres and interact. Fun activities, such as watching cartoon animations, are followed by discussion periods that help raise awareness about social cohesion issues the children face daily, and to talk about them and find solutions. “We see enormous changes in the children who attend the Makani centres. They learn to be more respectful, to be open to diversity. Simply being able to provide a space where youth can gather and spend time together is beneficial for them,” added Jenkins. 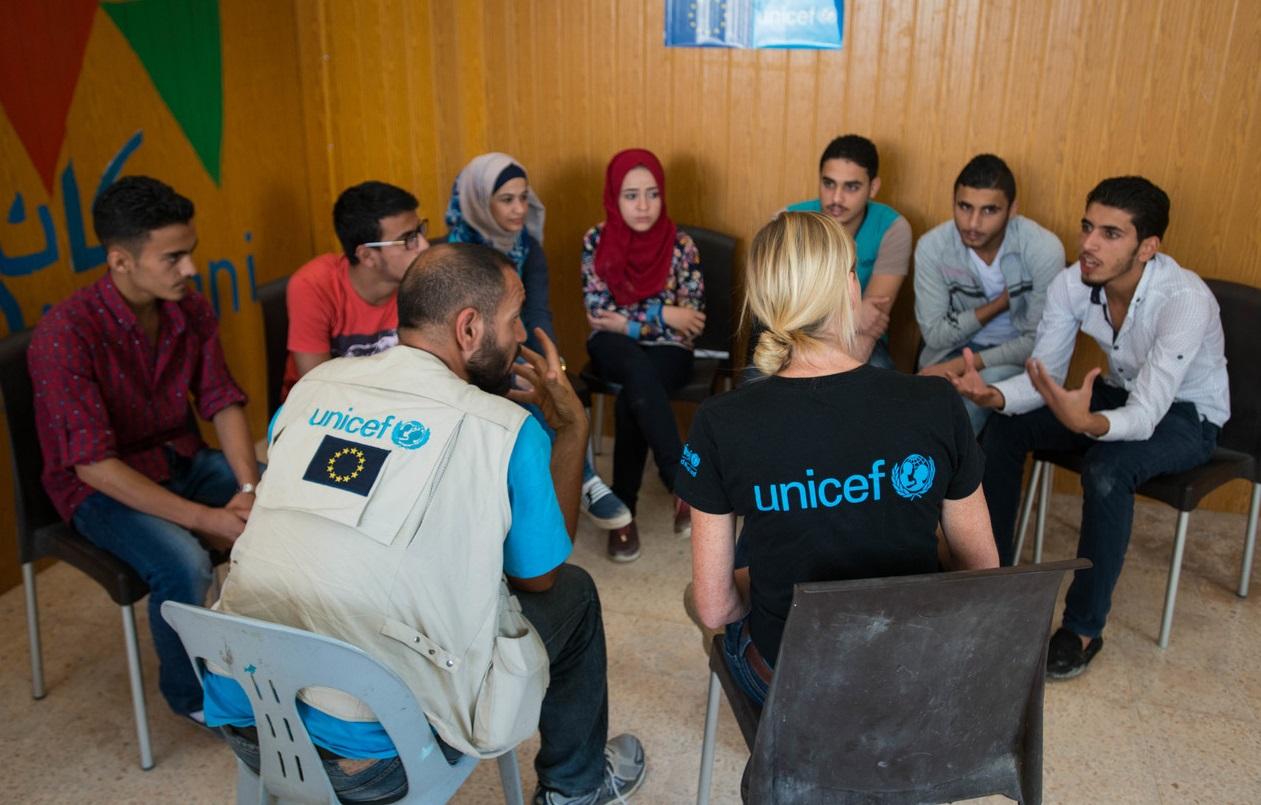 Innovation laboratories to move from raising awareness to taking action

Social innovation laboratories are workshops that allow youth to solve problems and find innovative solutions, often using technology. Through them, UNICEF provides the means for achieving concrete actions that will bring about sustainable and positive change in the community. By offering young people the chance to develop a sense of belonging to a group and the hope that a better future is possible, they get involved in the community and feel that they can make a difference.

Education is an essential tool for building lasting peace. In Jordan, UNICEF offers twice as many classes per day as usual so that more children can attend school in urban areas. More than 125,000 children are able to restart their education by attending these classes offered outside of regular classroom hours. In addition, close to 2,000 refugee children are registered in summer school, which allows them to complete their school curriculum and move to the next grade level in September. 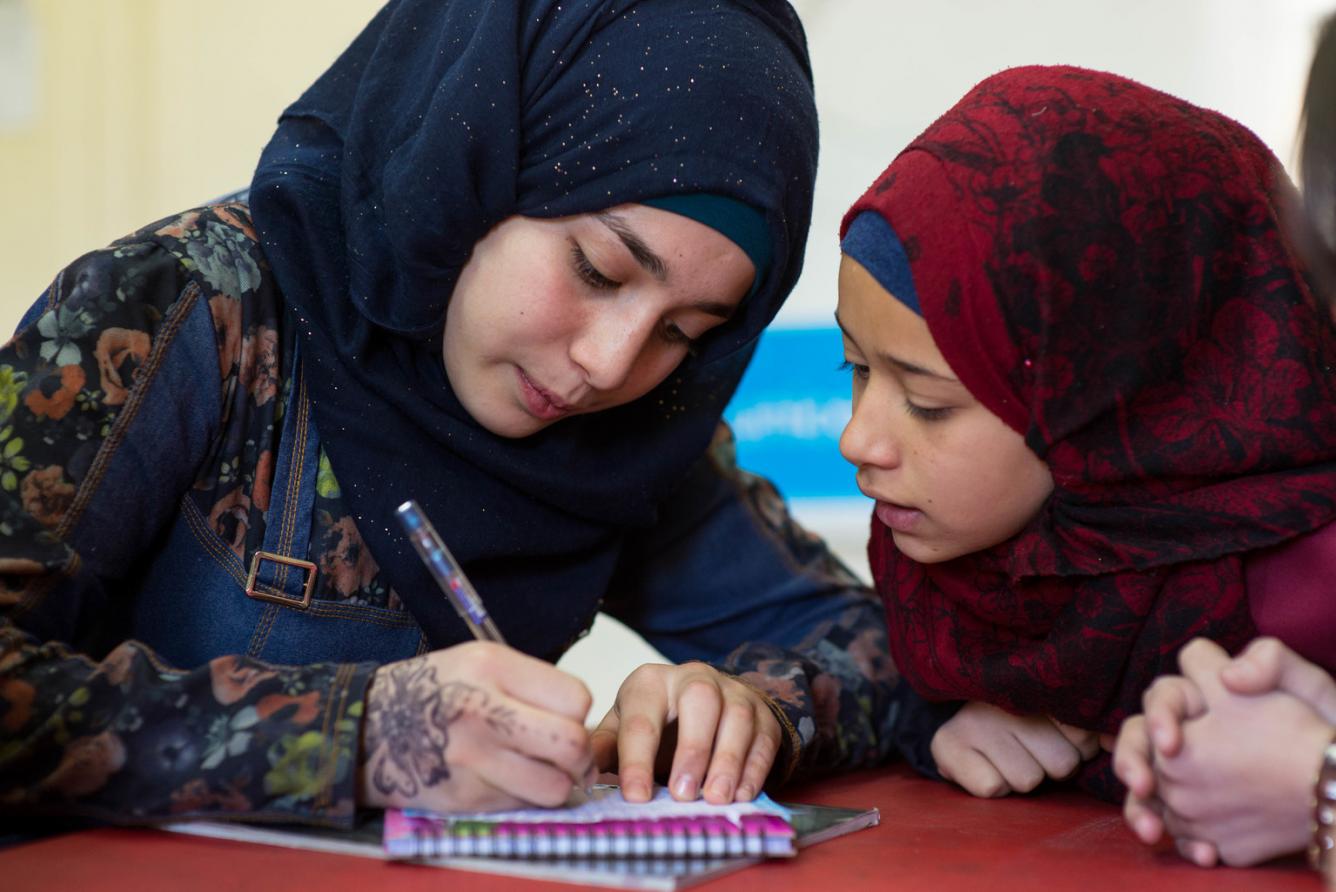 A population held hostage between borders

The situation of refugees living in the area between the Jordanian and Syrian border known as “the berm” is dire, and yet it gets very little international media attention. Stuck between borders in a kind of no man’s land, close to 50,000 refugees cannot enter Jordan, nor are they able to return to Syria where the threat of war and violence remains. Of this group, 66 per cent are women and children living in precarious conditions with no access to water or basic care. In order to provide emergency aid, UNICEF carried out an 80-day mission supporting operations in the region. Children suffering from malnutrition and pregnant women requiring urgent care can cross into Jordan territory to receive care or give birth, and then return to no man’s land while they wait to receive asylum.

In past years, Canadianshave made significant efforts and generous donations, but these funds are still not enough to meet the needs of children in the region. The increased poverty and vulnerability of the population will have consequences on the future, in particular the future of young girls. In 2015, an estimated 44 per cent of Syrian girls between the ages of 13 and 17 were forced to marry, and current numbers are apparently even higher. Our efforts can make a difference.