A call to end violence against children in Syria on this International Day of Non-Violence | UNICEF Canada: For Every Child Skip to main content

The United Nations, in declaring October 2 as the International Day of Non-Violence, sought to reassert the universal importance of non-violence while promoting a culture revolving around peace, tolerance and understanding.  The past week’s events in Syria, however, speak to a conflict transformed into a humanitarian crisis that has worsened with time. In eastern Aleppo alone, at least 96 children have been killed and 223 others injured.  Such circumstances make it increasingly harder to deliver desperately needed humanitarian aid. Below are stories, told through pictures, that depict the dedication of the teams from UNICEF and its partner organizations over the last week. What they show is courage, determination and hope amidst all of the horror. 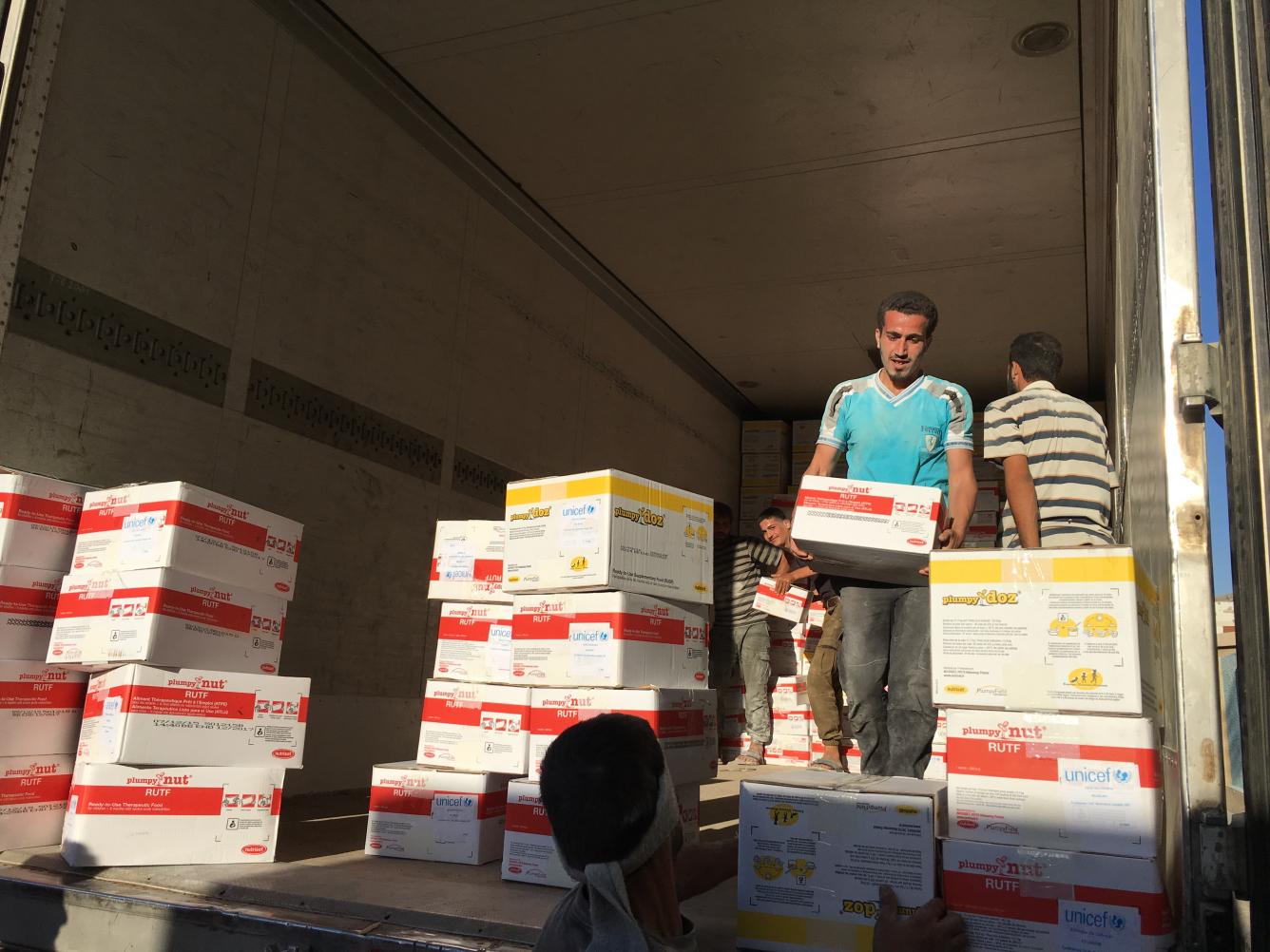 On September 22, a mere few days after a UNICEF humanitarian convoy carrying food and health aid for the Aleppo region’s 50,000 residents was attacked, UNICEF and other organizations resumed transporting emergency supplies and assistance to hard to reach areas. 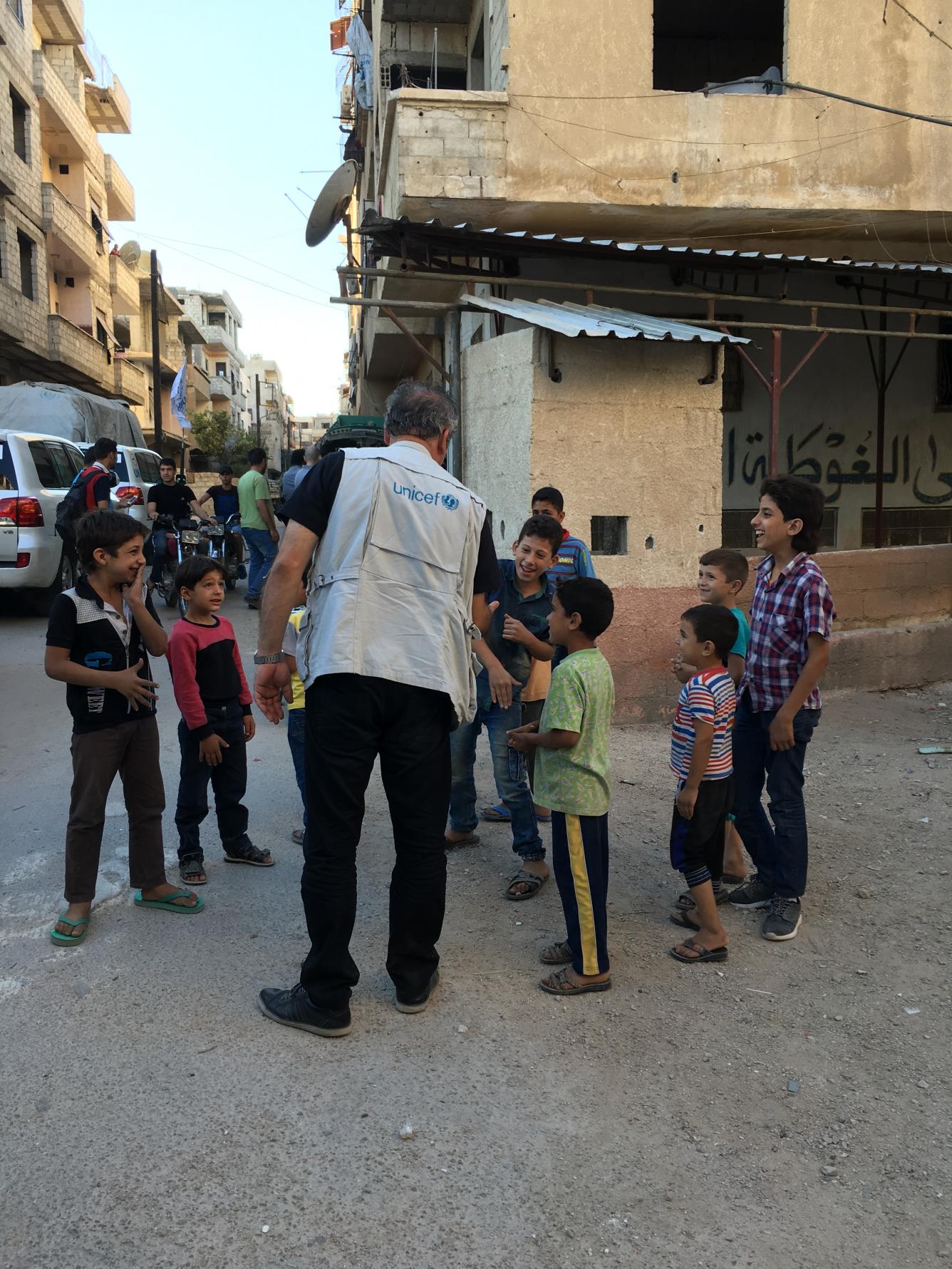 UNICEF delivered medical and nutrition supplies to around 7,000 people in the besieged community of Moadamiyeh. Some 20,000 children live in this city located about 11 kilometres from Damascus. This humanitarian convoy was the first one to reach this community in the past two months. 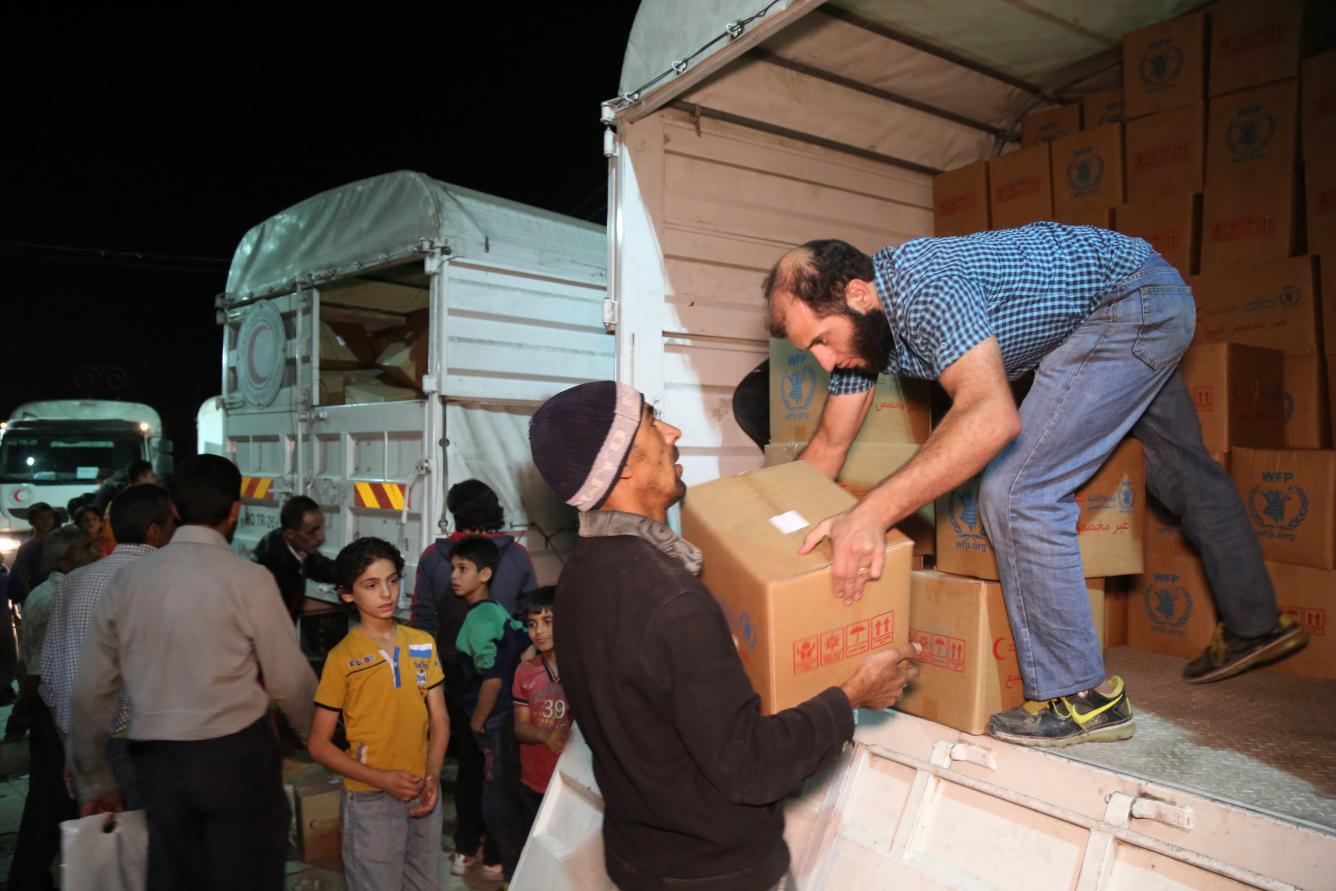 On September 25, a new convoy in which UNICEF was involved brought emergency assistance to 60,000 people in four Syrian cities: Madaya and Zabadani, located near Damascus, and Foah and Kefraya, two cities in the country’s northwestern zone. 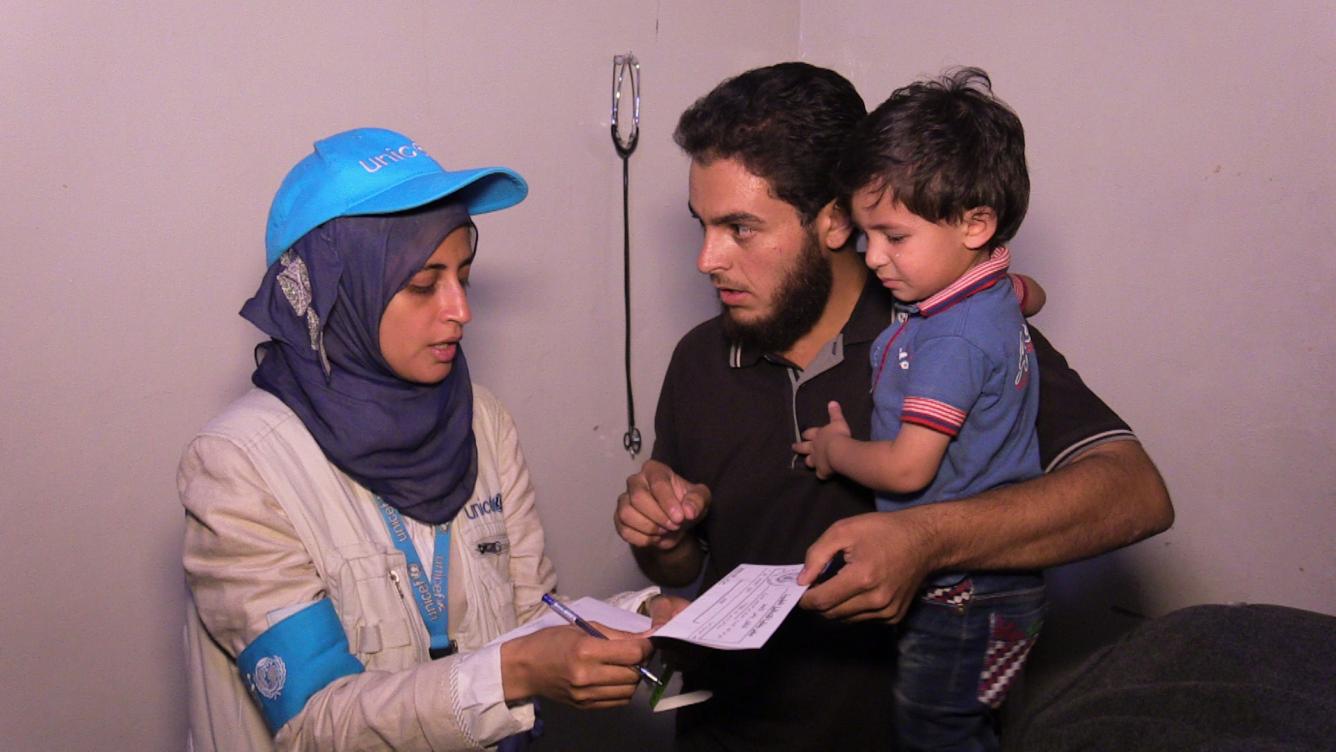 This was the first time since April that humanitarian agencies were able to reach these four cities. While in Madaya, UNICEF assessed the extent to which children were malnourished.  “We had not been able to make our way into Madaya since April.  I was there in January when the children were already starving,   and watched a young man die in front of us, in spite of our efforts to save him.  I had no idea what we would find this time...” Dr. Rajia Sharhan, UNICEF Nutrition Officer. 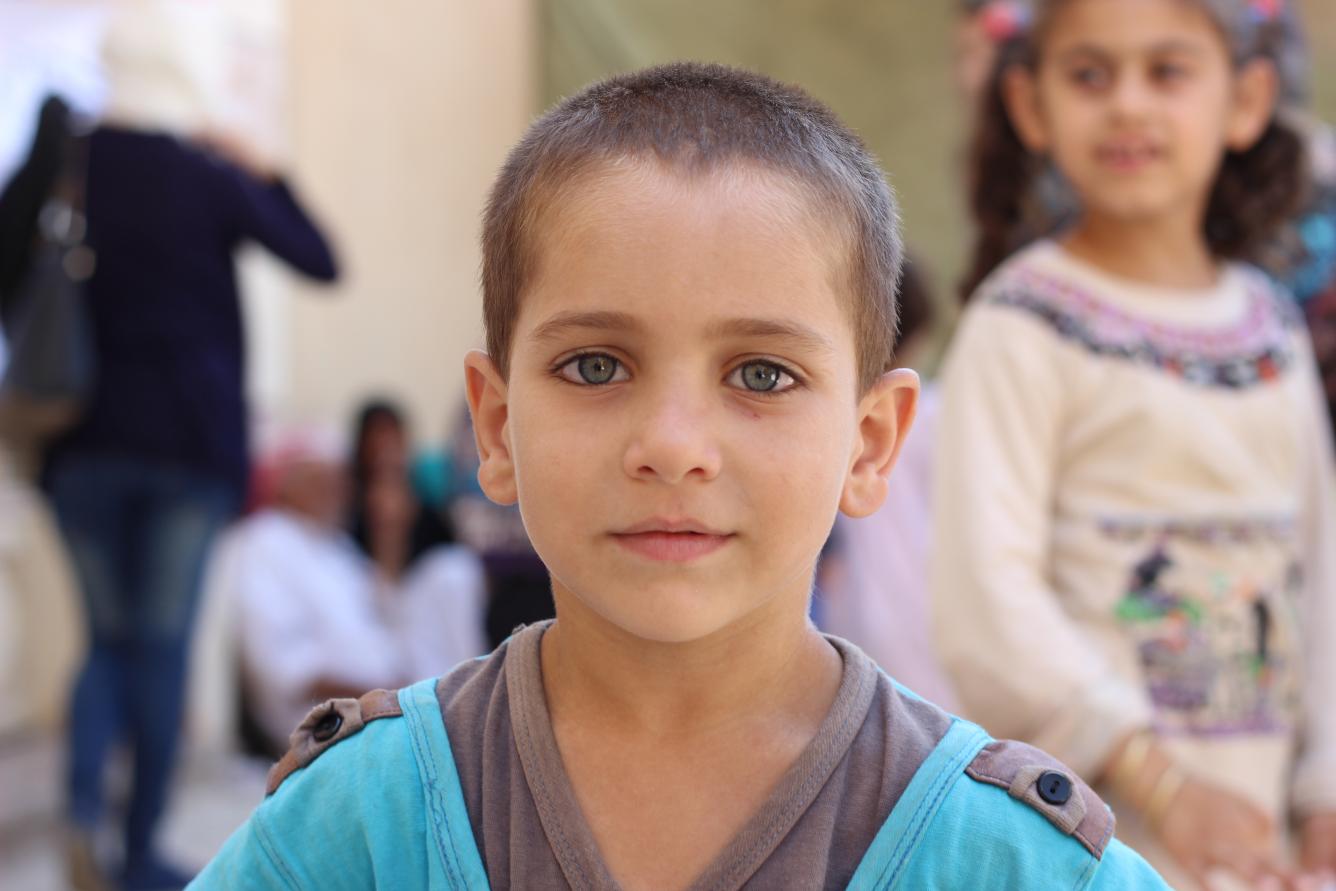 On September 28, the violence continued to escalate in eastern Aleppo and two hospitals were the targets of air strikes during the night.  “Children who had been hit were lying on the floor in hospitals, not treated because of too few doctors and medical supplies.  A doctor told us that his clinic saw so many injured children each day that they were forced to let the more critically injured die,” said Kieran Dwyer of UNICEF Syria. 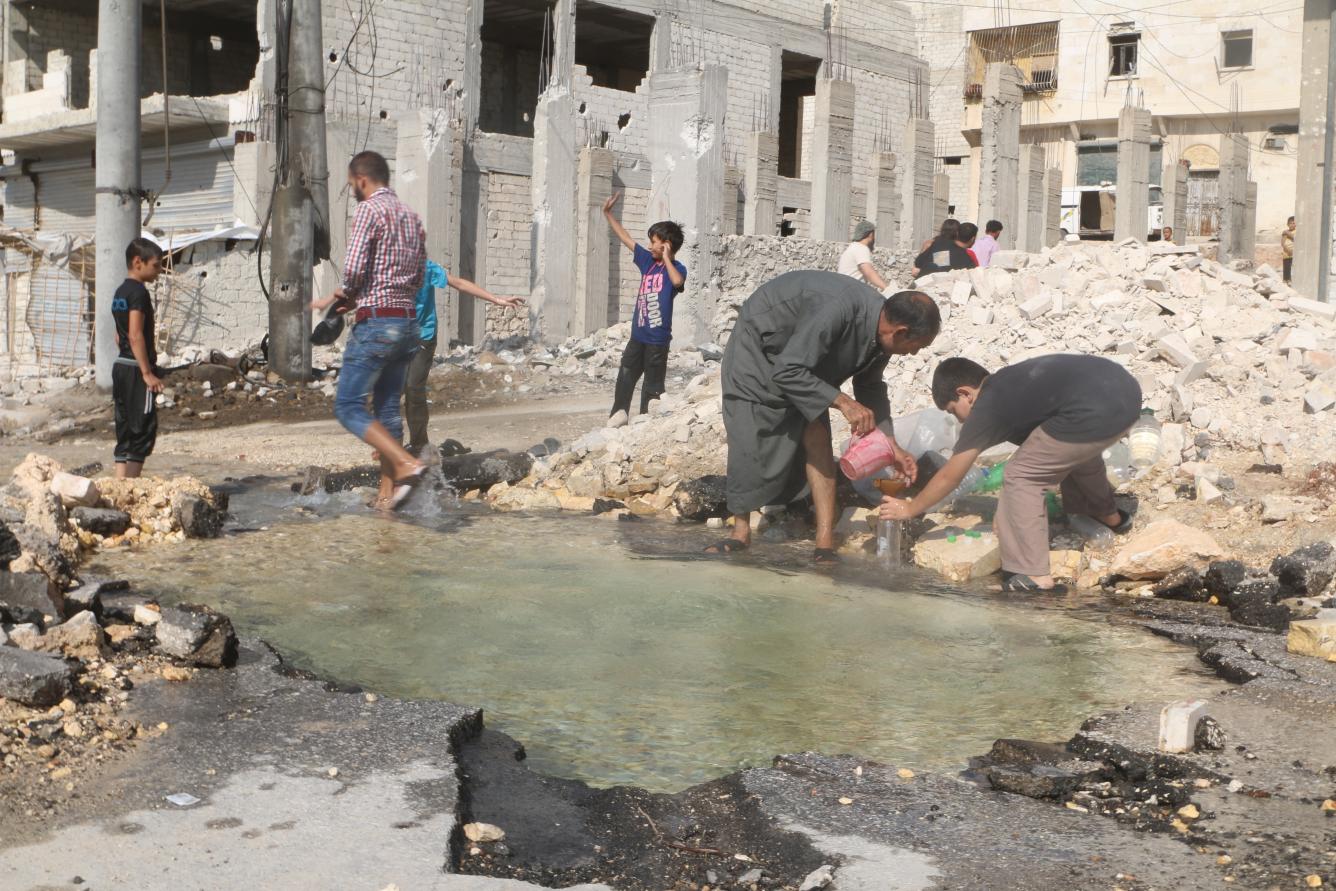 The week’s harrowing attacks also caused damage to water pumping stations in the eastern sector of Aleppo.  Over 100,000 children were forced to drink contaminated water, some of it from depressions in the ground where liquid from the broken pipes had accumulated. When children are without clean, safe water, their risk of disease is heightened, aggravating suffering that is the daily reality of many children since the war began.  UNICEF and its partners are working tirelessly to provide the region’s children and families with drinking water and calls on all parties to the conflict to stop attacks to essential water infrastructure. 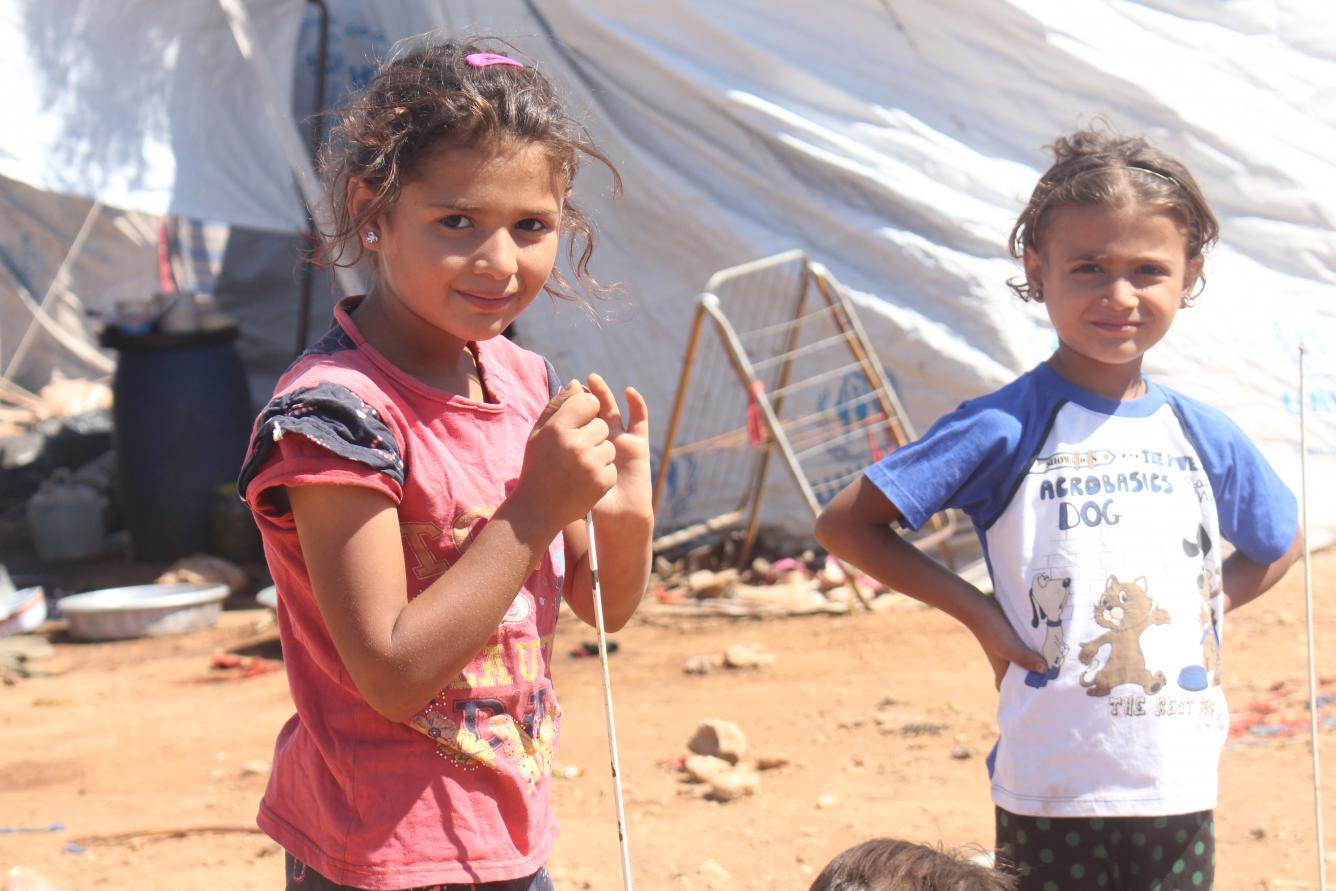 Shahed, five years old, has erected a tent with her friend in the western sector of Aleppo.  One-third of all Syrian children have lived in a war zone their entire life.  All in all, the conflict touches 8.4 million Syrian children, which includes 80 per cent of the country’s children (still in Syria and those who fled ).  Half of Syrian children are not accessing education opportunities across Syria and the region. Others are being forced to work or are enlisted as child soldiers by various parties to the conflict. 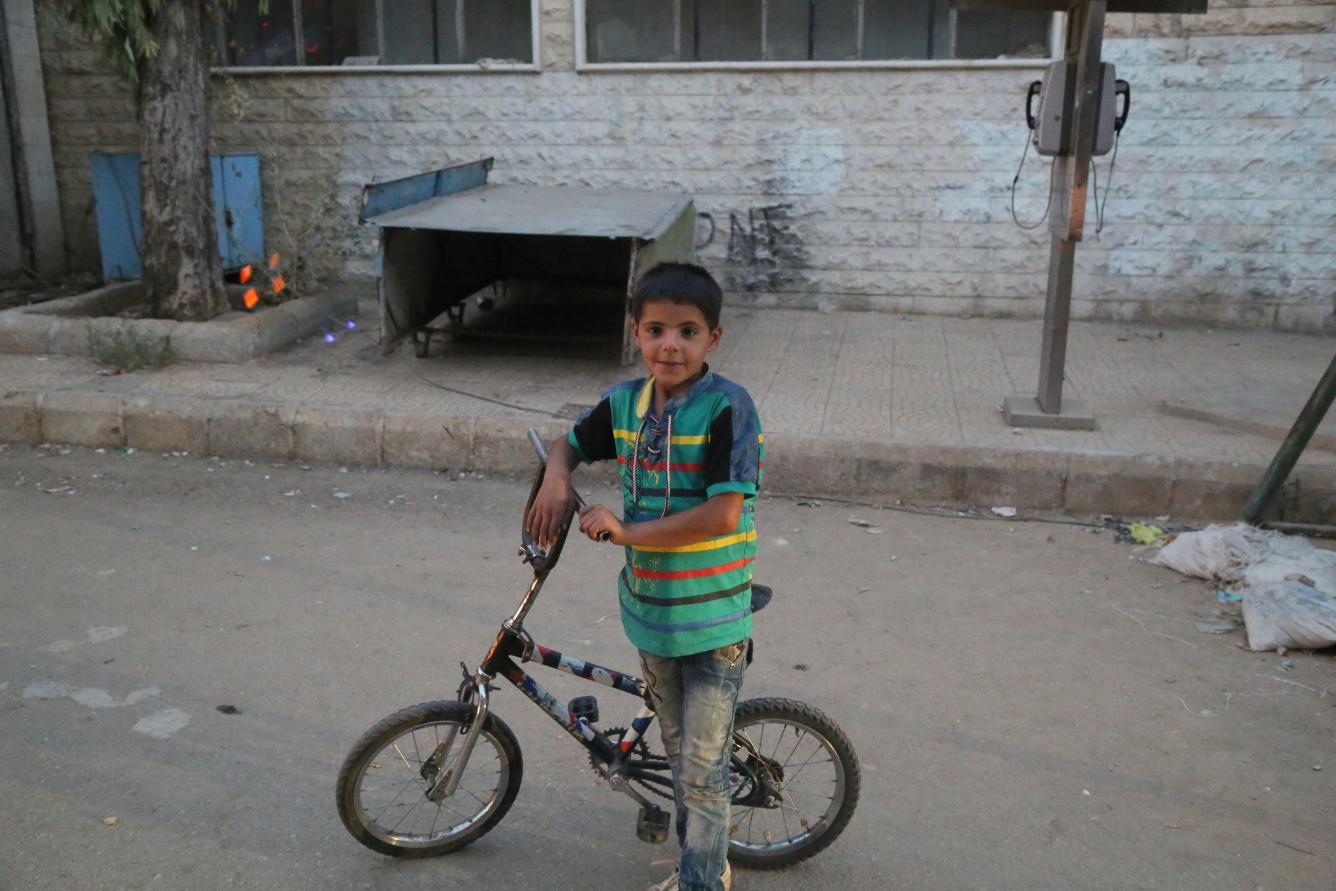 UNICEF is still determined to bring desperately needed aid to the millions of children in Syria, including those in Aleppo.

With this in mind, we strongly urge all of the parties involved in this conflict to honour their obligations under International Humanitarian Law, and protect the Syrian civilian population and civilian infrastructures as well as ensuring unconditional, unimpeded and sustained access to the people who so desperately need assistance, regardless of where they are in the country. There is a desperate need for a humanitarian pause to the fighting in Aleppo, ceasefires and constant humanitarian access necessary to save lives and save hope.

You can also help us in our efforts to provide life-saving support to children caught in this crisis.