Digital Education in Timor-Leste | UNICEF Canada: For Every Child Skip to main content

Timor-Leste is a Southeast Asian nation, which occupies half of the island of Timor, located to the north of Australia and south of Indonesia and the Phillipines.

UNICEF has been closely supporting the Government of Timor-Leste in its response to the pandemic, including working to spread information within local communities, providing clean water and improve sanitation facilities, and ensuring access to continued learning for children.

Working with the Ministry of Education, UNICEF helped to develop a series of 20 television programmes for children in pre-school through to Grade 6. These programmes are broadcast on national television and are also available online.

Radio programming and a wide range of video, audio and e-books are also being developed, including workbooks for students in Grades 1 to 4 who live in rural and remote areas and an e-book for parents and guardians on how to explain COVID-19 to children with disabilities. 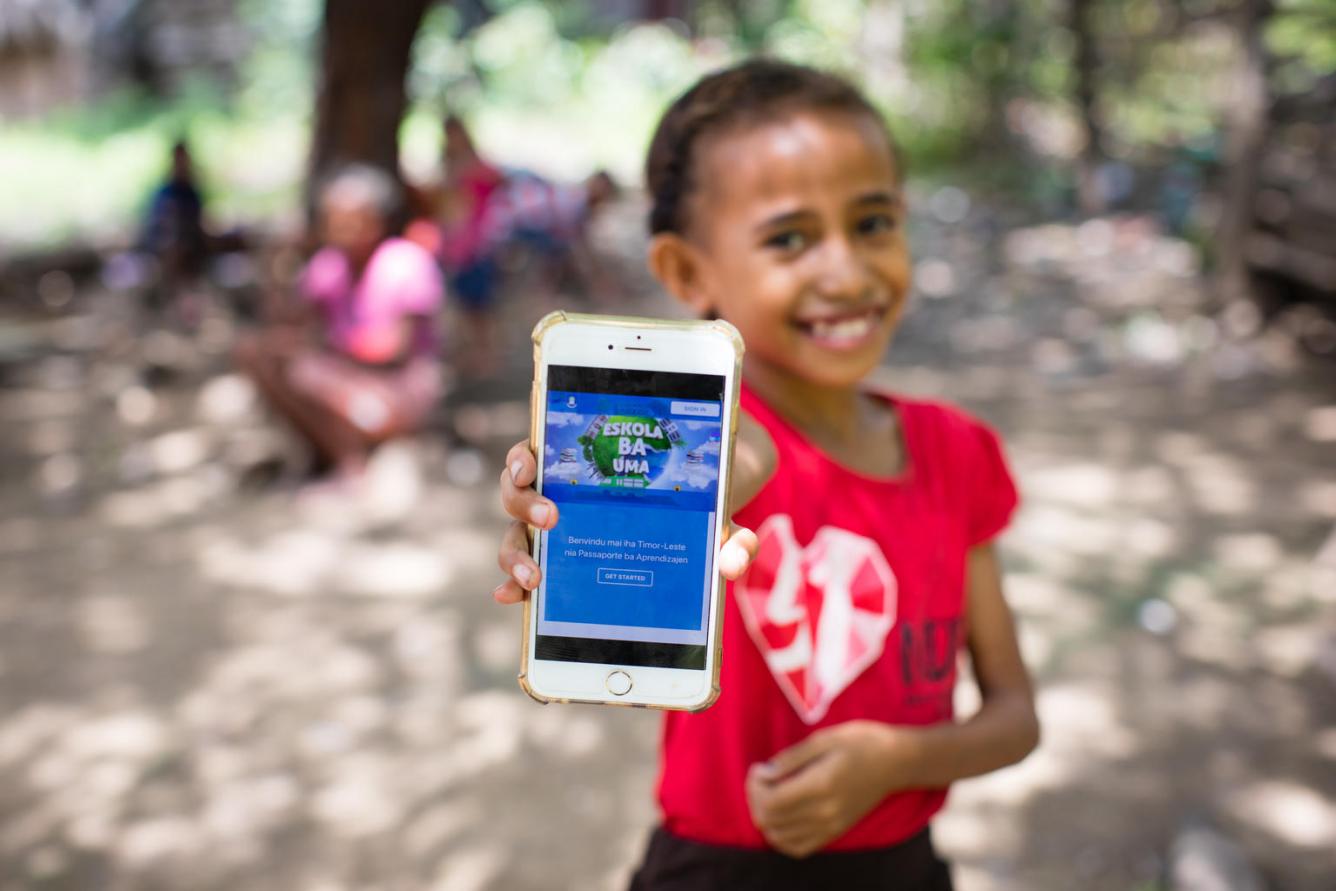 A girl shows off the online platform on which children and parents in Timor-Leste can access a range of audio-visual material to help students continue learning during ongoing school closures. [© UNICEF/UNI320751/Soares] 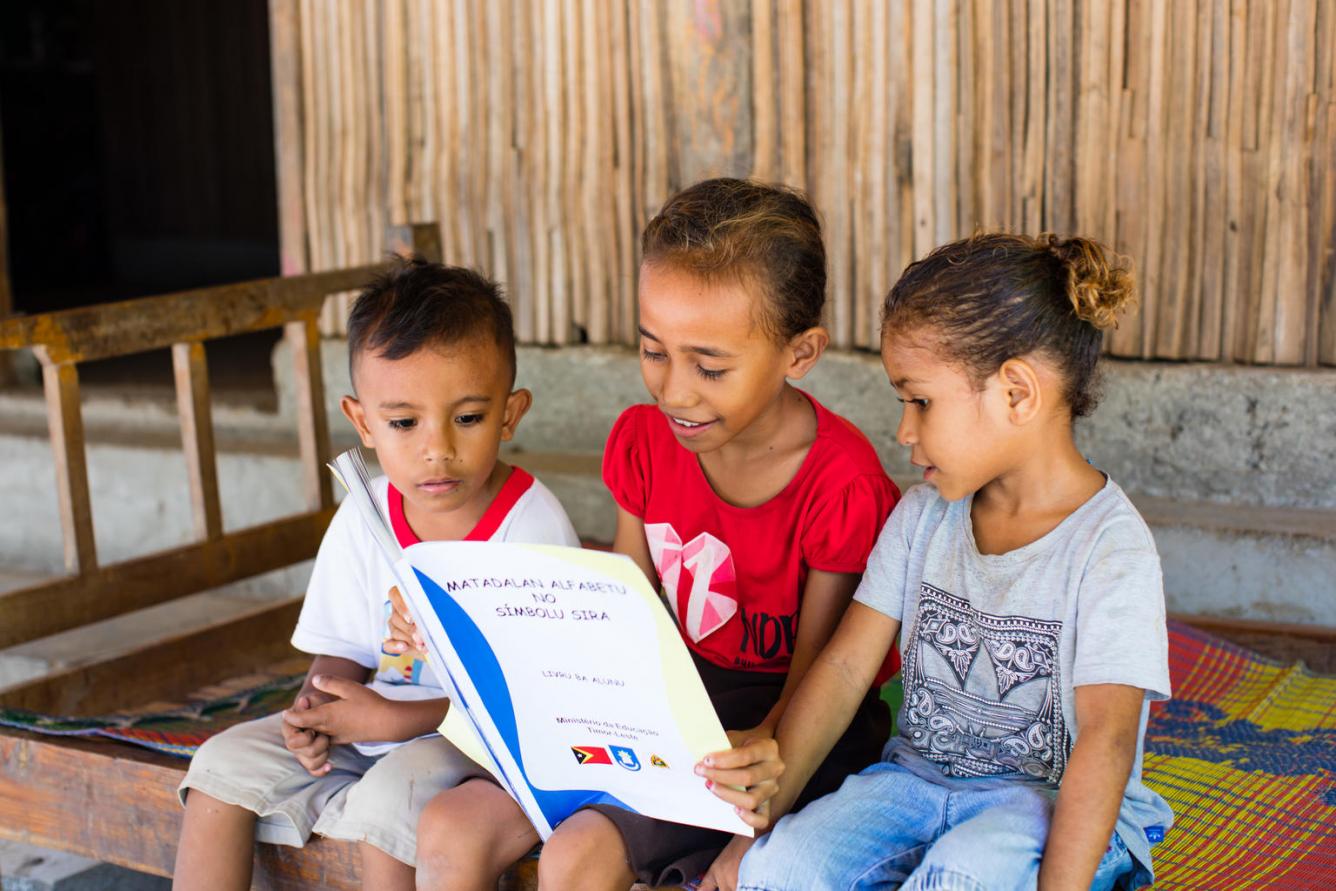 A girl reads from her new UNICEF-supported workbook as her siblings look on. [© UNICEF/UNI320753/Soares] 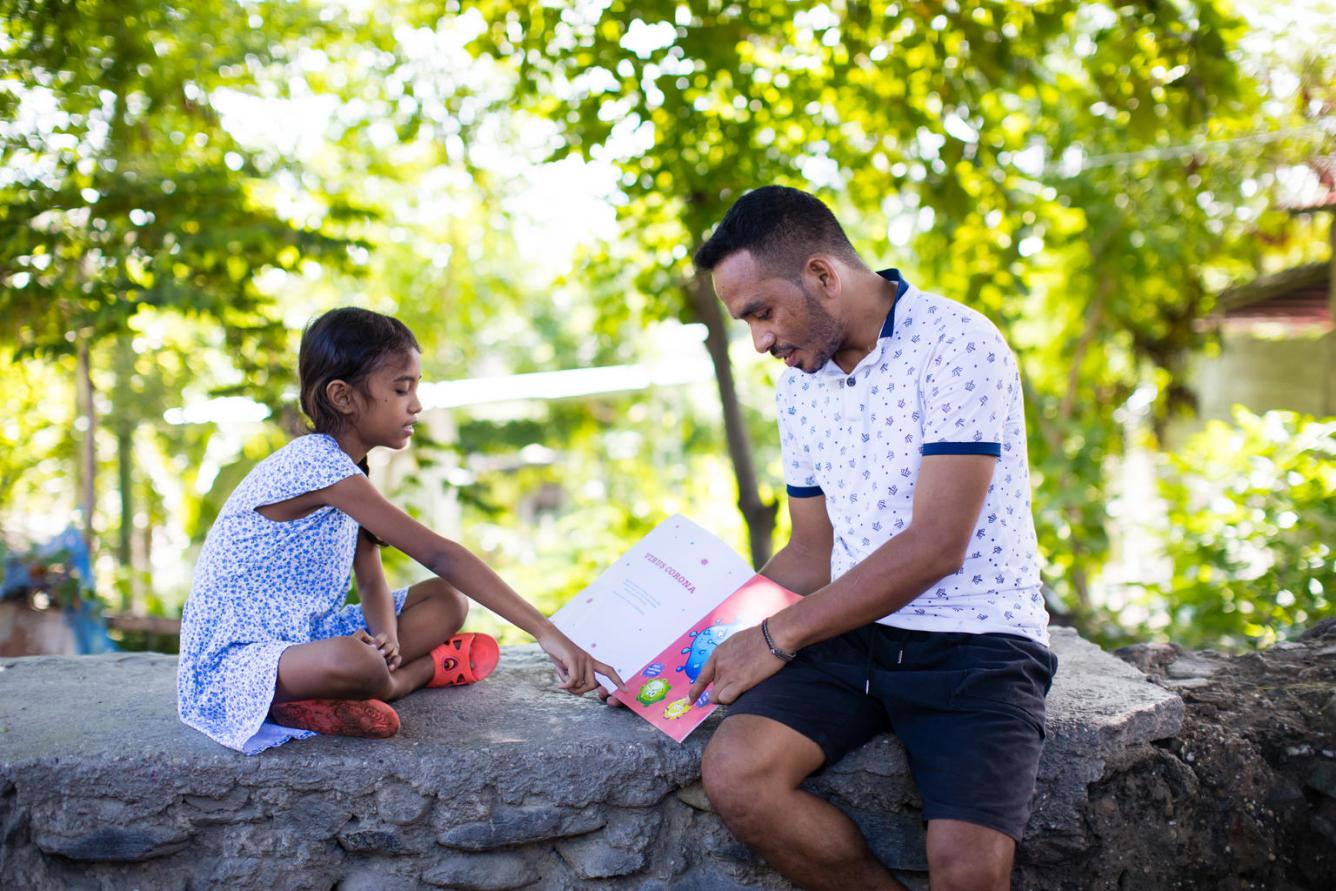 A father reads to his daughter from a UNICEF picture book, which was created to help parents explain COVID-19 to their children. [© UNICEF/UNI320752/Soares] 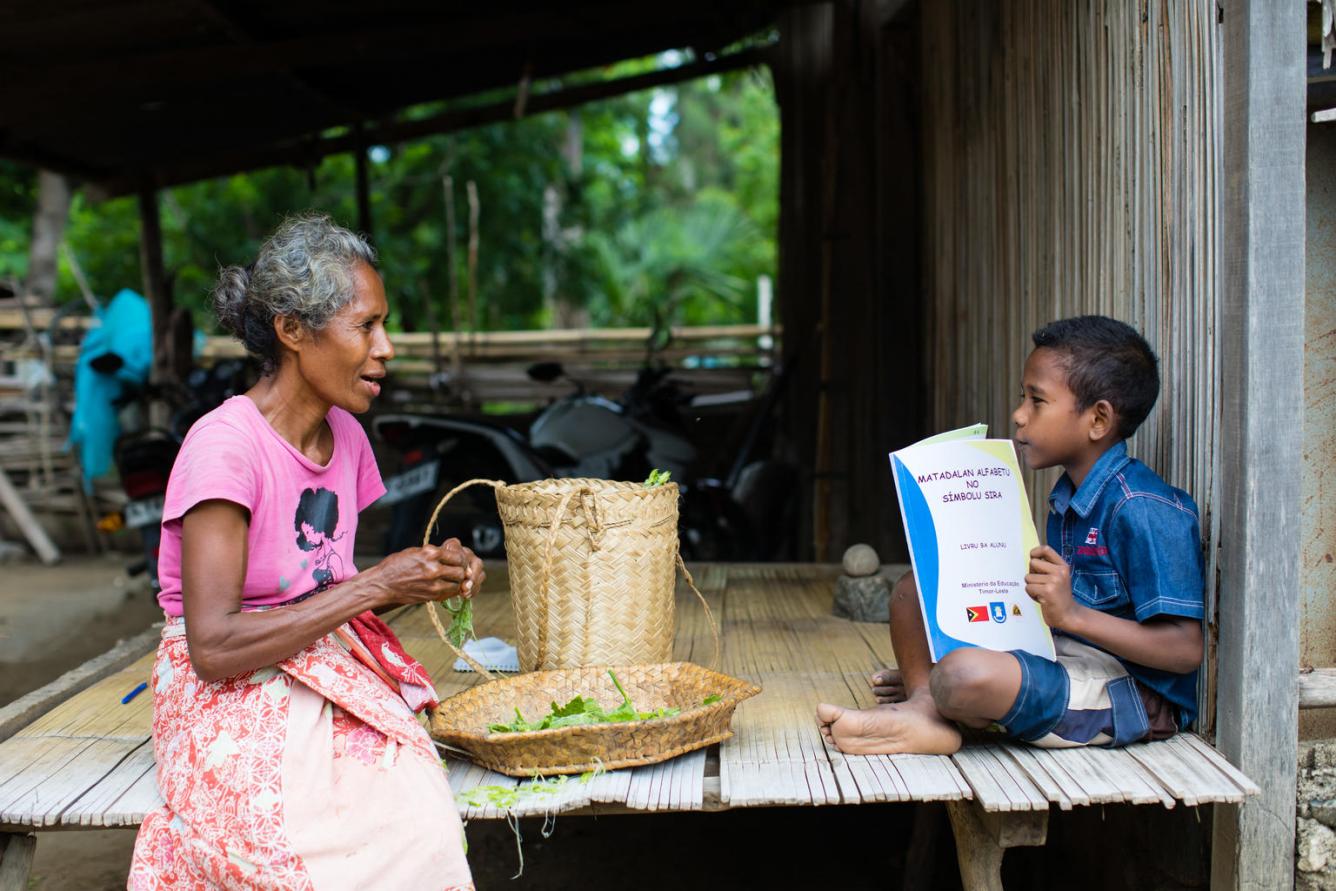 A boy show his new UNICEF-supported school workbook to his grandmother at their home. [© UNICEF/UNI320755/Soares] 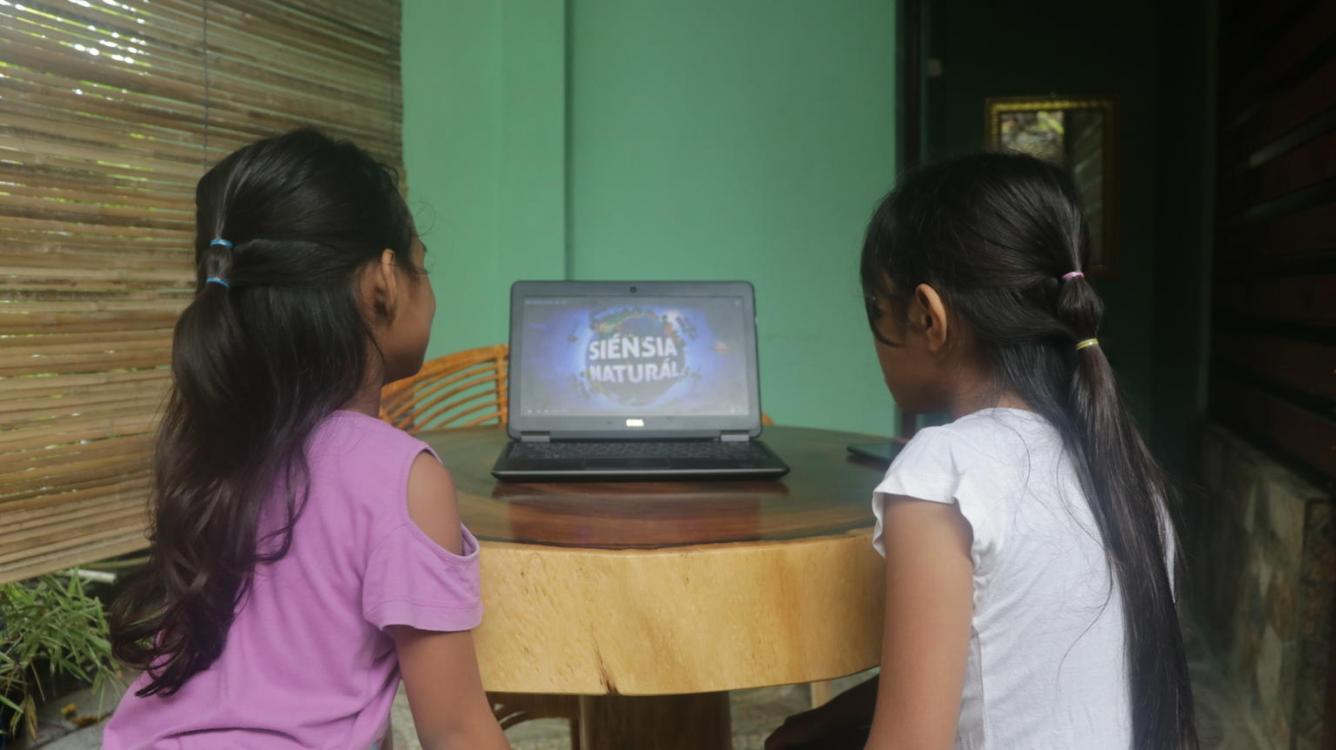