You are looking at the front lines of a deadly Ebola outbreak in West Africa. Containment is critical, so UNICEF is equipping people with the knowledge to protect themselves - even if that means going door-to-door to combat rumours, misconceptions and fears.

We have also distributed more than 2 million bars of soaps and over 600,000 bottles of chlorine in Guinea and Liberia alone. UNICEF has reached at least 5.5 million people in West Africa, but we won't stop until children are safe.

This photo essay shows our work in Liberia. 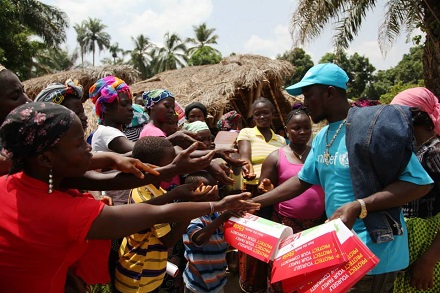 Educational materials like posters convey vital information. But in a country where word-of-mouth is the primary method of communication – and where information is often distorted along the way – outreach materials alone are not enough. UNICEF communicators carry materials and their life-saving messages to families in affected areas. 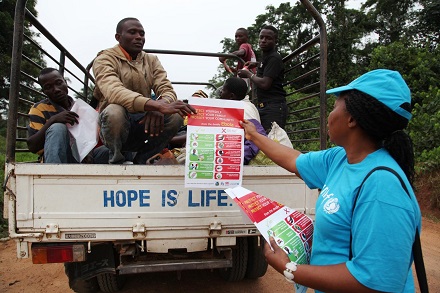 Posters promote handwashing with soap and clean water; visiting a health clinic if one experiences a headache, fever, vomiting, pain, diarrhoea, red eyes or a rash; and avoiding risky behaviours such as touching people who have signs of the disease. 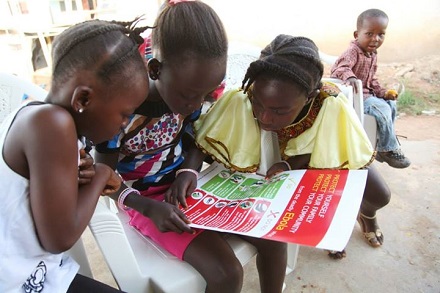 Three little girls review a UNICEF-developed poster on the “Do’s and Don’ts” of Ebola prevention. To ensure that young children and even illiterate adults are able to understand our awareness posters, illustrations reinforce key messages. 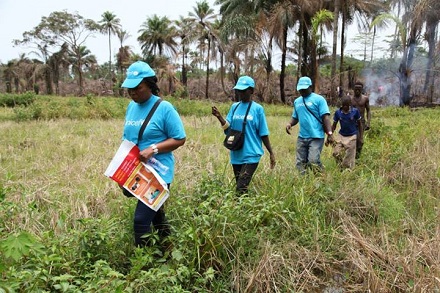 Many Liberian communities remain inaccessible by road. But Ebola doesn’t discriminate between communities, and even these areas are at risk. To ensure people living in remote parts of the country receive life-saving information, outreach workers travel by vehicle, motorbike and foot to get the word out. There is no child too far. 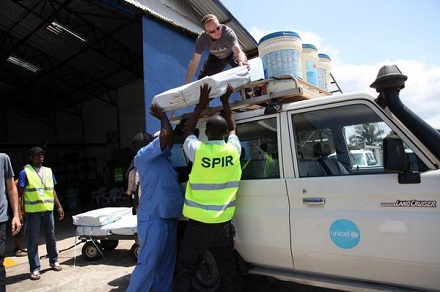 In addition to supporting community outreach efforts, UNICEF also donates emergency supplies of chlorine, sprayers and tarpaulins to the Ministry of Health to support case management efforts in affected areas. 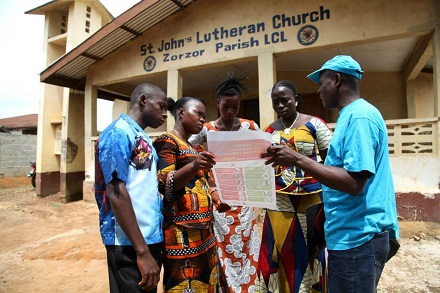 Religion is a central element of Liberian society, which has a large Christian population and a minority Muslim population. Working with churches and mosques has thus been an important component of UNICEF’s awareness-raising around the Ebola outbreaks. 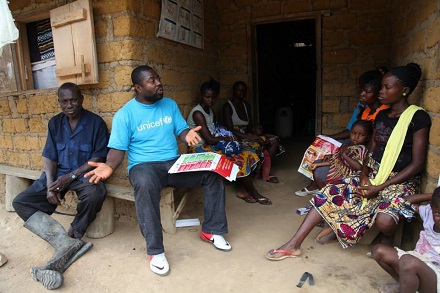 With a disease as complicated and, for many people in Liberia, mysterious as Ebola, interpersonal dialogue about the infection is critical to raising not only awareness, but also understanding of the disease. That’s why when the Ebola outbreak began in Liberia, UNICEF immediately contracted and mobilized a team of community outreach workers to go to Lofa County, where the first case was reported, and travel community to community to educate the population. 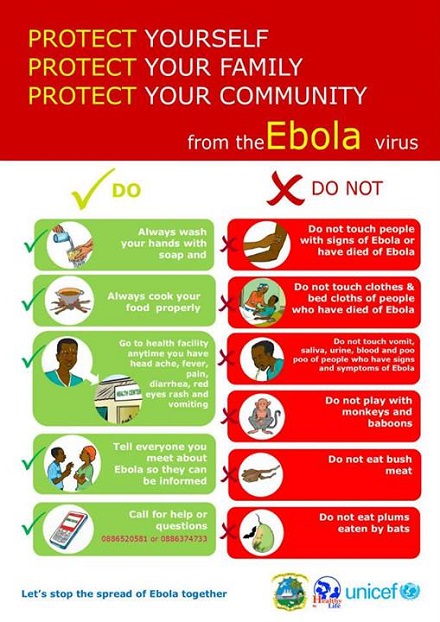 Immediately after the Government declared an Ebola outbreak in Liberia, UNICEF began working on multiple communications materials, including posters, to raise awareness of the disease. The poster above lists the “Do’s” and “Don’ts” of Ebola prevention. 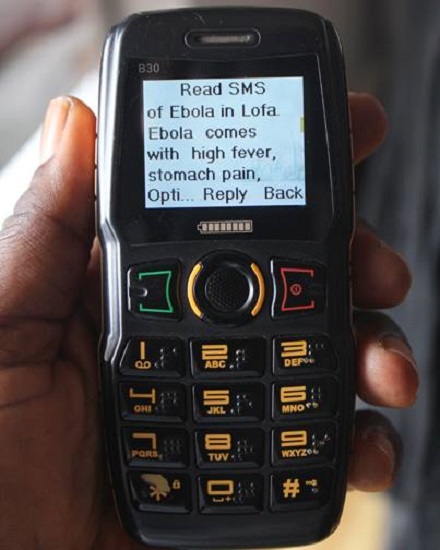 In a country where mobile phone use is over 40 per cent, text messages can be the most effective way to deliver messages. UNICEF worked with the Ministry of Health and Social Welfare to develop key messages to send via SMS, and to reach out to the largest cell phone companies in Liberia to carry these messages. This photo shows the result of this work.

Support our work in emergencies by making a donation today.