This was the country’s first polio campaign since activities were paused for six months due to the COVID-19 pandemic. The Pakistan Government, with support from UNICEF, WHO and GPEI partners, resumed polio activities in July and conducted two sub-national campaigns in July and August 2020, when COVID-19 cases started declining in the country.

Following a particularly challenging year in 2019, the national polio vaccination program debuted a new strategy in December 2019 and saw strong pickup rates in vaccinations in December and again in February 2020.

The suspension of immunization activities and disruptions to other health related interventions increased the number of unimmunized children, including close to 700,000 newborns per month, leading to widening immunity gaps. As a result polio outbreaks could not been contained effectively, and the virus is now spreading to new regions. 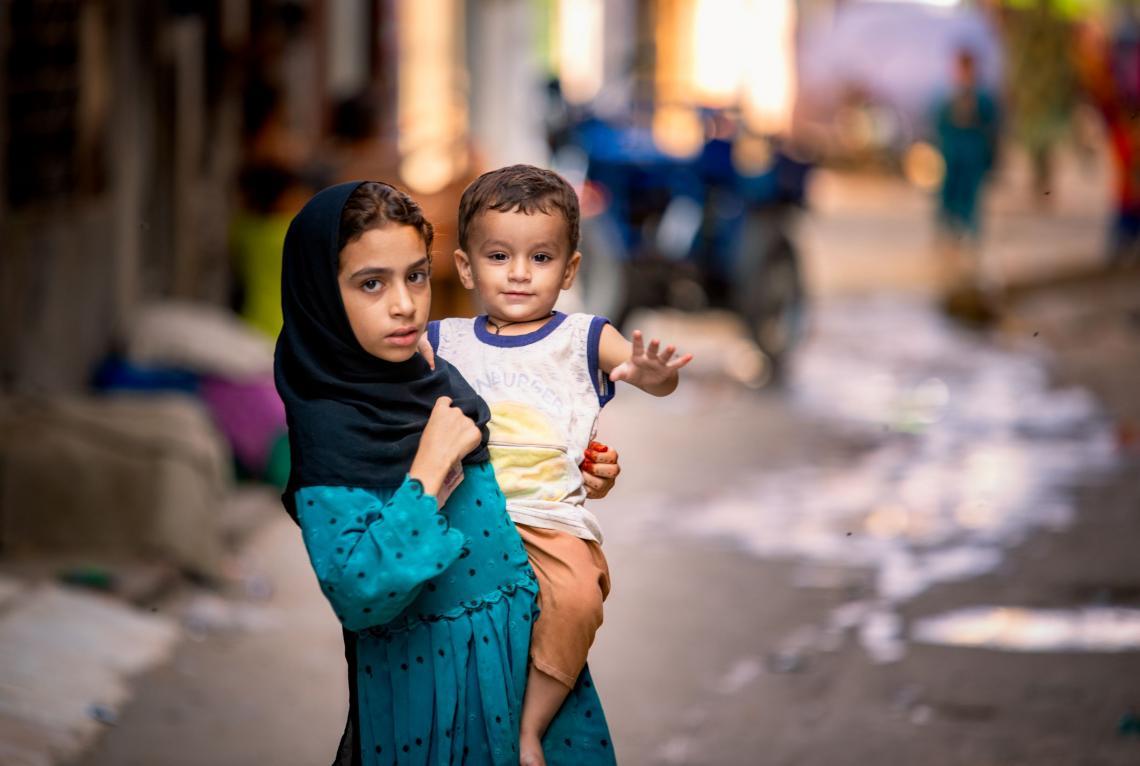 In 2020, Pakistan reported 74 polio cases by the end of September. Thousands of concerned mothers, fathers and caregivers have been calling Sehat Tahaffuz - the Polio WhatsApp Helpline - every day, with questions about vaccination during COVID-19.

“I’m responding to calls and messages from parents from all over the country, providing information about vaccinations,” said Armghan Virk, one of the helpline centre representatives. “Most of them are concerned about the growing number of new cases  of COVID-19 being reported.”

Messages continue to come in from parents requesting vaccination teams to visit their home.

“We receive thousands of calls a day from parents on our toll -free number 1166, [requesting information] on vaccination dates and schedules,” said Huma Shaukat, one of the managers of the Help Line Centre. “During the five-day campaign period in September 2020, we logged 36,754 calls from parents, [with] more than 90 percent of the calls were related to enquiries about polio vaccination team visits.”

Experts agree that to effectively stem the tide of polio infections all members of society must play an active role.

“The Polio Eradication programme is fully committed to using upcoming campaigns over the next few months as the opportunity to stop the poliovirus circulation across the country,” said Dr. Rana Muhammad Safdar, Coordinator of the National Emergency Operations Centre for Polio Eradication. “However, the most important factor is incessant support of parents and all sections of society to the national cause of polio eradication.”

Adding, “Parents, celebrities, religious scholars, media, academia, civil society – all have to play their active role to help the government and partners in reaching every child with polio vaccine with increase in vaccine acceptance and demand for vaccination.”

During the recent September National Immunization Campaign, UNICEF and partners continued supporting national efforts in mobilizing and engaging religious leaders, political leaders, media, pediatricians and local influencers to reach caregivers and children in all corners of the country.

Following the successful resumption of vaccination campaign activities, the Pakistan Polio Eradication programme aims to conduct large scale national and sub-national campaigns between October and December 2020 to interrupt the circulation of the polio virus circulation in the country, and end polio for good.

The success of the national polio campaign in Pakistan further demonstrates the commitment of UNICEF staff in the field; throughout the COVID-19 pandemic, staff around the world have been working day in and day out to ensure that every child in their country have the right to an education, to healthcare, to protection and to a childhood.