Before the war broke out in February, Halyna worried day and night about decorating the nursery and choosing the right baby stroller. Now, when she gazes down at her newborn son in a hospital ward in Lviv, Ukraine, those worries seem insignificant.

"The only thing I keep thinking about is gratefulness to God that we're alive," says 40-year-old Halyna, holding her baby in her arms. 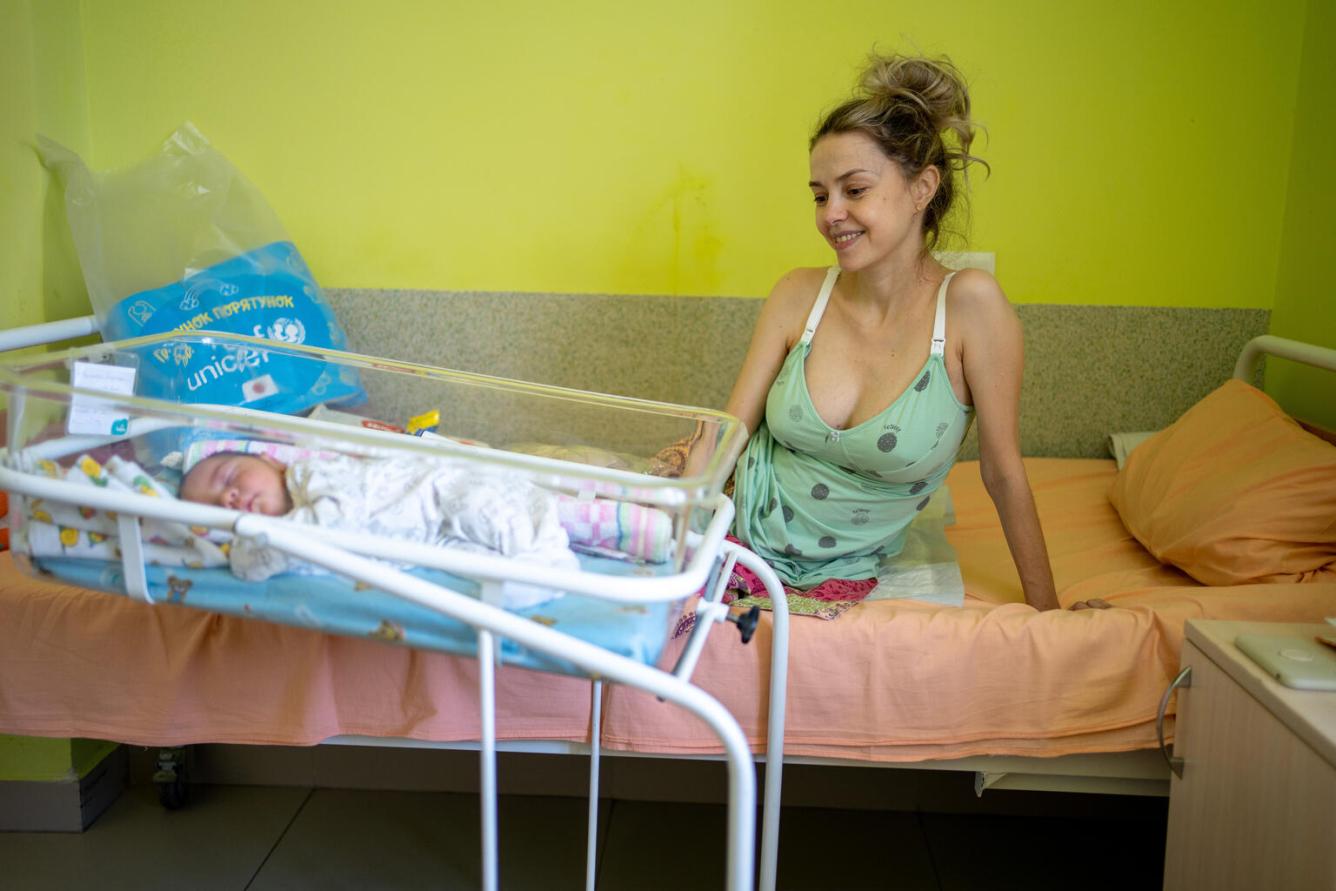 Halyna with her little newborn Danylo in a hospital ward in Lviv, Ukraine. [© UNICEF/UN0693587/Filippov]

“I remember waking up because of an explosion.”

Halyna and her husband Nazar, 40, had been planning a special partner birth in one of the maternity hospitals in Kyiv. Instead, with the outbreak of war on 24 February, they were forced to flee the explosions at home and find a new place to live.

"I remember waking up because of an explosion,” recalls Halyna. “Even the windows in our apartment were shaking.”

"There was no bomb shelter near our house and we have a big open space in our apartment,” adds Nazar. “So we didn't have a place to hide.” 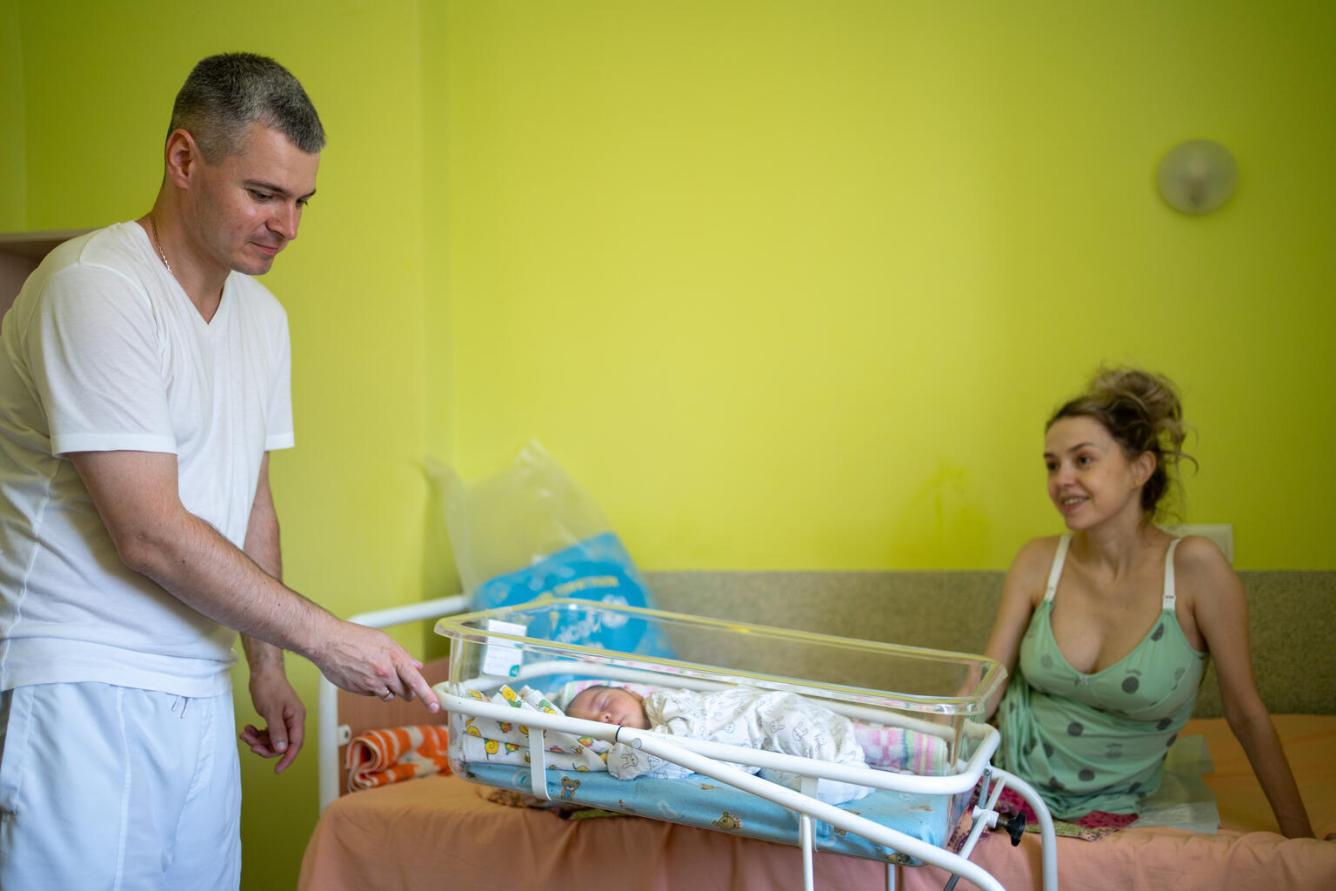 Halyna and Nazar in a hospital ward in Lviv, Ukraine. Their son Danylo was born here. [© UNICEF/UN0693586/Filippov]

Terrified and desperate to protect their unborn baby, Nazar and Halyna spent two days driving to Lviv. Along the way, they heard the low hum of military planes, saw fields burning and scores of other Ukrainians fleeing their homes.

"I couldn't eat or even drink at that moment. And I was angry for myself, worrying it would negatively affect my baby. I couldn't cope with my state due to the stress and fears”

Halyna feared that, due to the hostilities, she would be unable to find medical assistance or even buy diapers and baby formula after her child was born.

“I was even thinking that I was lucky that my son hadn't been born, so I had some time to find a safer place," she says. 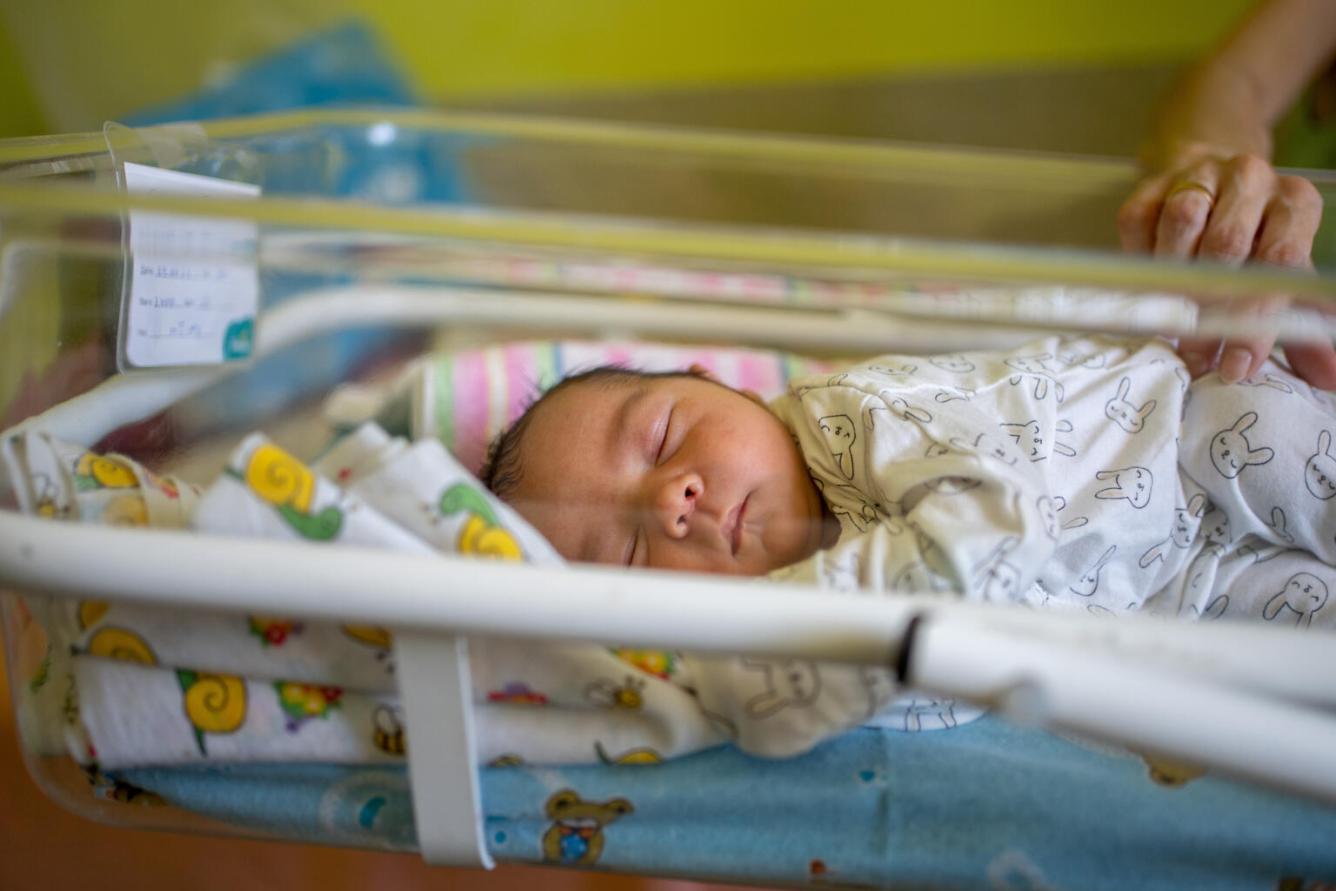 Newborn Danylo in a hospital ward in Lviv, Ukraine. [© UNICEF/UN0693582/Filippov]

“This rattle will be his first toy.”

Lviv, the city where Halyna was born, quickly became a safe haven for the family. After their arrival, the family found a maternity hospital and looked for bomb shelters near their new home. Little Danylo was soon born – but, despite Halyna and Nazar’s joy, the air raid sirens and gunfire continue, which makes Halyna worry for her son's future.

"Because of this uncertainty, we couldn't manage to get ready for our son's birth,” she says. “We need parenting courses. And we didn't even buy a toy or a comb.”

Thanks to UNICEF and financial support from the people of Japan, Halyna and Nazar have been provided with a Baby Box, containing a combination of essential goods, such as clothes, hygiene products, a thermometer, scissors, toys and other useful items for babies. To date, UNICEF supported by the Government of Japan has already distributed 15,000 Baby Boxes in 300 hospitals in the country, where displaced women have given birth. The project is being implemented in 10 regions across Ukraine.

As Halyna unpacks the set, looking at the children's overalls and a mirror with a comb for babies, a smile breaks across her face.

"Everything here is really needed,” she says. “This rattle will be his first toy.” 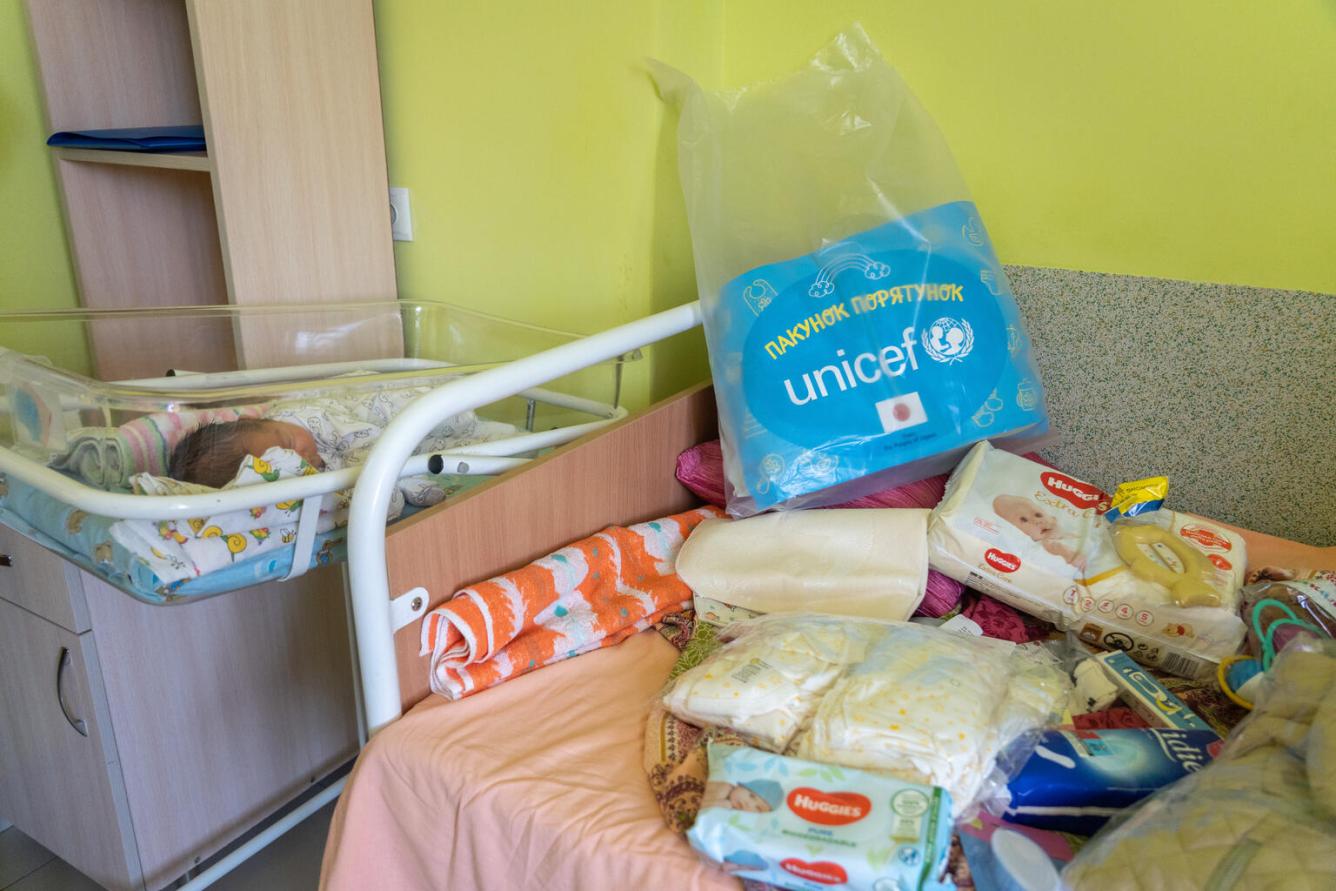 7.5 million children continue to face immediate danger due to the war in Ukraine.

You can send a survival gift today that sends urgent humanitarian aid including life-saving nutrition, education and emergency relief to 137 children and families directly affected by the war. Thanks to an anonymous donor, all Urgent Aid for Ukraine gifts will be matched up to $250,000 until the end of the year.