Searching for safe harbour | UNICEF Canada: For Every Child Skip to main content

Gang-related violence. Organized crime. Extreme poverty. All are a part of day-to-day life for millions of children in northern Central America – El Salvador, Guatemala and Honduras – and Mexico. But as families make the difficult decision to pack up their lives and travel by car, open-air truck or on foot, it’s critical to remember that they all have one thing in common. No matter where they come from, or how they arrive at their destination, they are all seeking a better life and desperately in need of support.

Sadly, many families attempting to escape their desperate circumstances experience new traumas along migration routes, including long, uncertain journeys in which they face the risk of exploitation, violence and abuse. They may be arrested or abducted in transit or upon reaching their destinations, detained and returned to the same problems – or worse – that drove them to leave in the first place 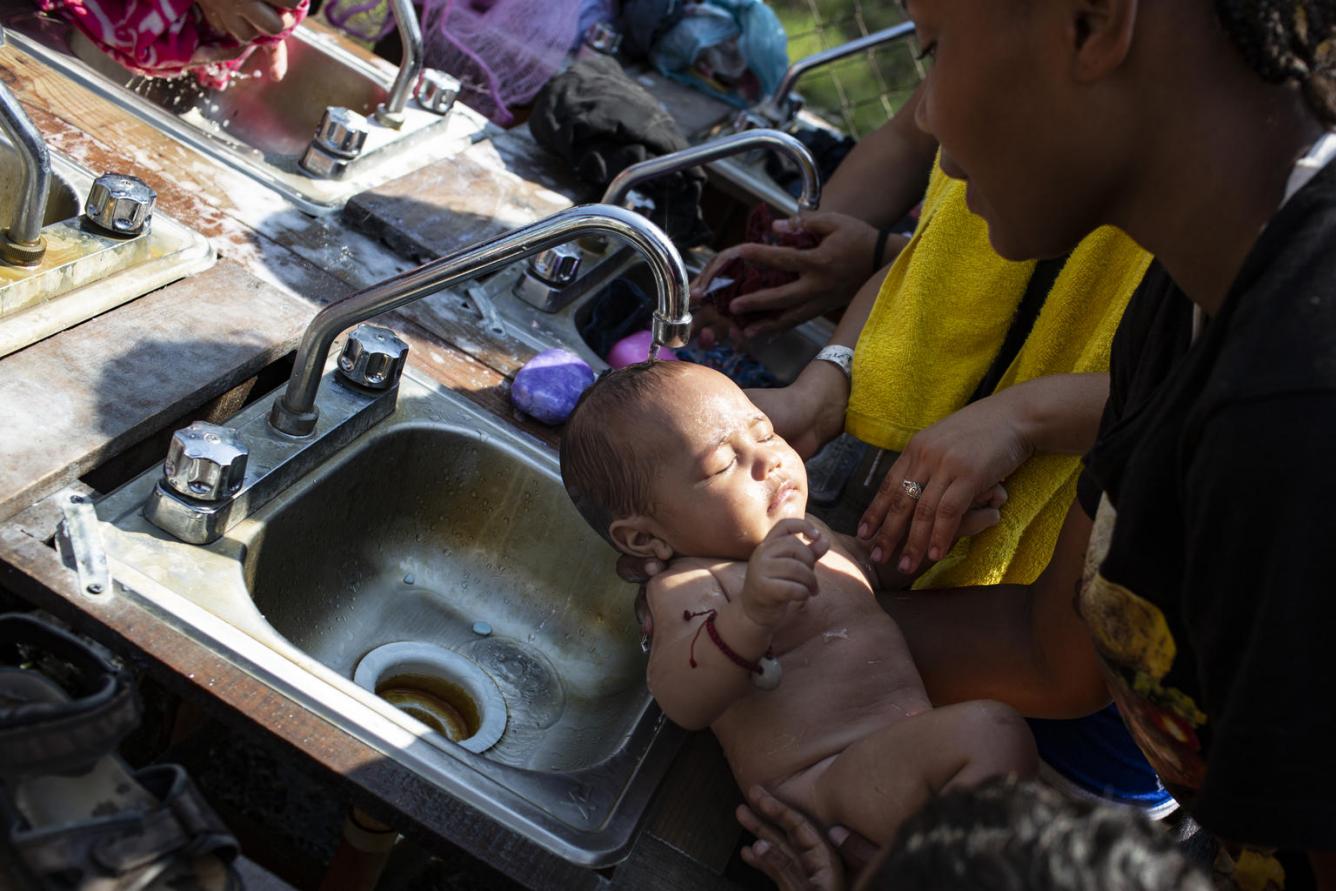 A mother bathes her child as she waits for a fast-track humanitarian visa at the Mexico-Guatemala border in Ciudad Hidalgo, Mexico. While Mexico is increasingly implementing measures to safeguard children’s rights – such as the visa, which allows migrants to stay in Mexico, work and access social services – challenges persist. Around 68,000 children were detained in Mexico between 2016 and April 2018 – 91 per cent of whom were deported to Central America. 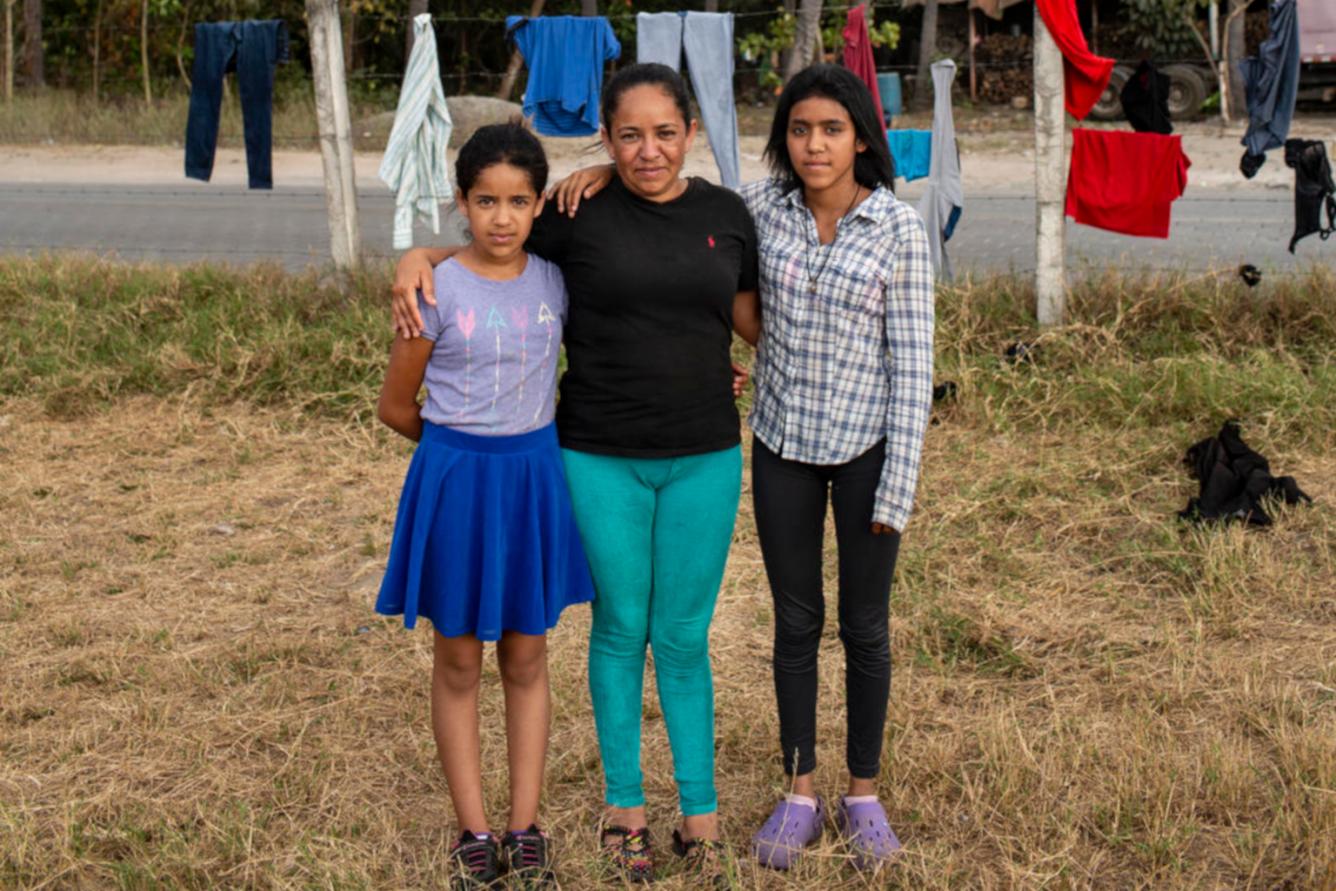 Mariza and her daughters, Scarlet and Maria, fled Honduras after Mariza's husband became violent and threatened to kill her. She was hoping to travel from Tecun Uman, Guatemala, to New York, where she has a family friend. UNICEF has strengthened the capacity of the region’s child protection systems to identify children affected by different forms of violence, and ensure their referral and access to psychosocial support and family counselling. 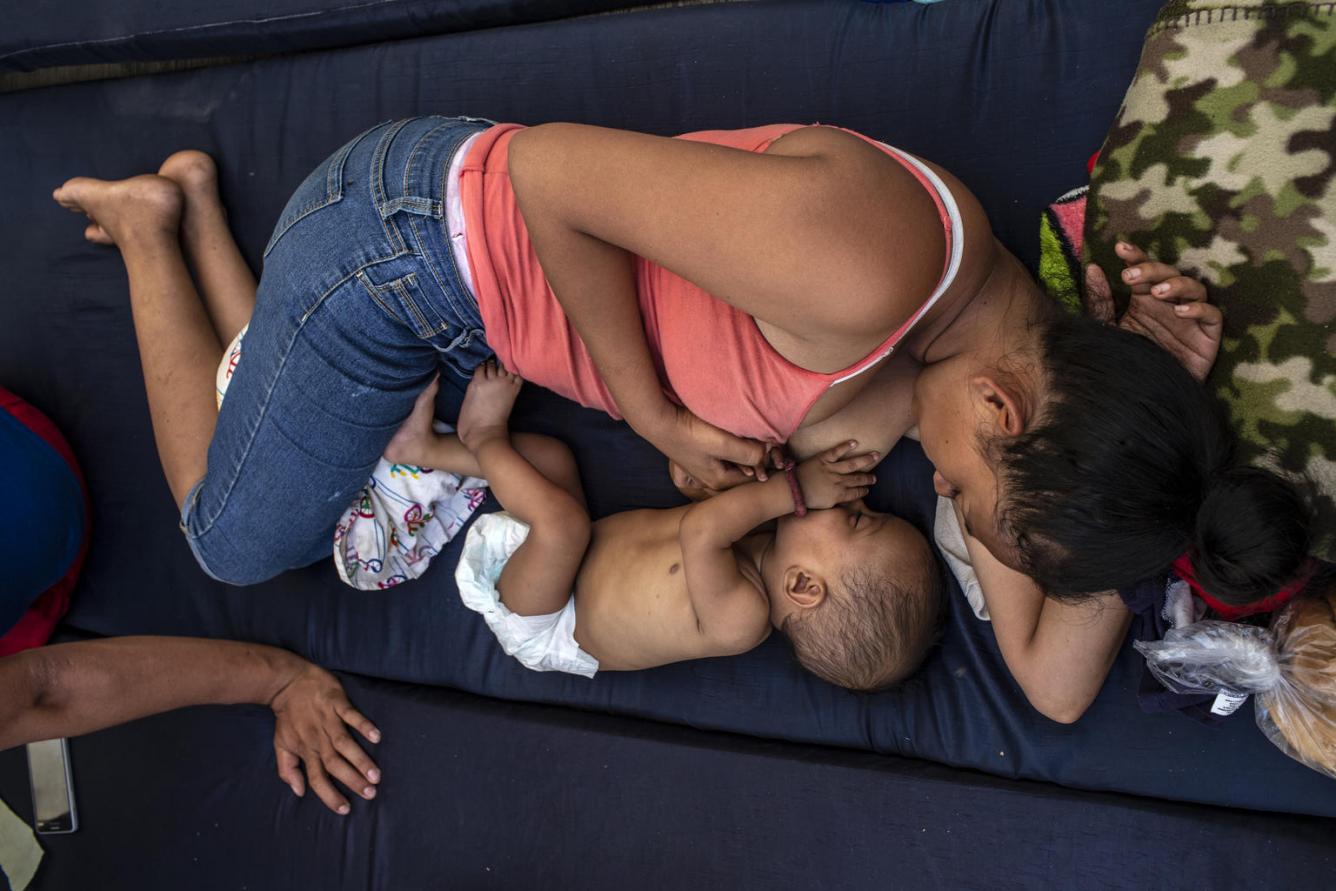 Maria, 22, breastfeeds her 5-month-old son, Joseph, as they wait for fast-track humanitarian visas at the Mexico-Guatemala border in Ciudad Hidalgo, Mexico. Maria has traveled from Honduras. “The Mexican government and people have been mostly welcoming towards the thousands of children and families crossing their borders every day,” says Paloma Escudero, UNICEF Director of Communication. 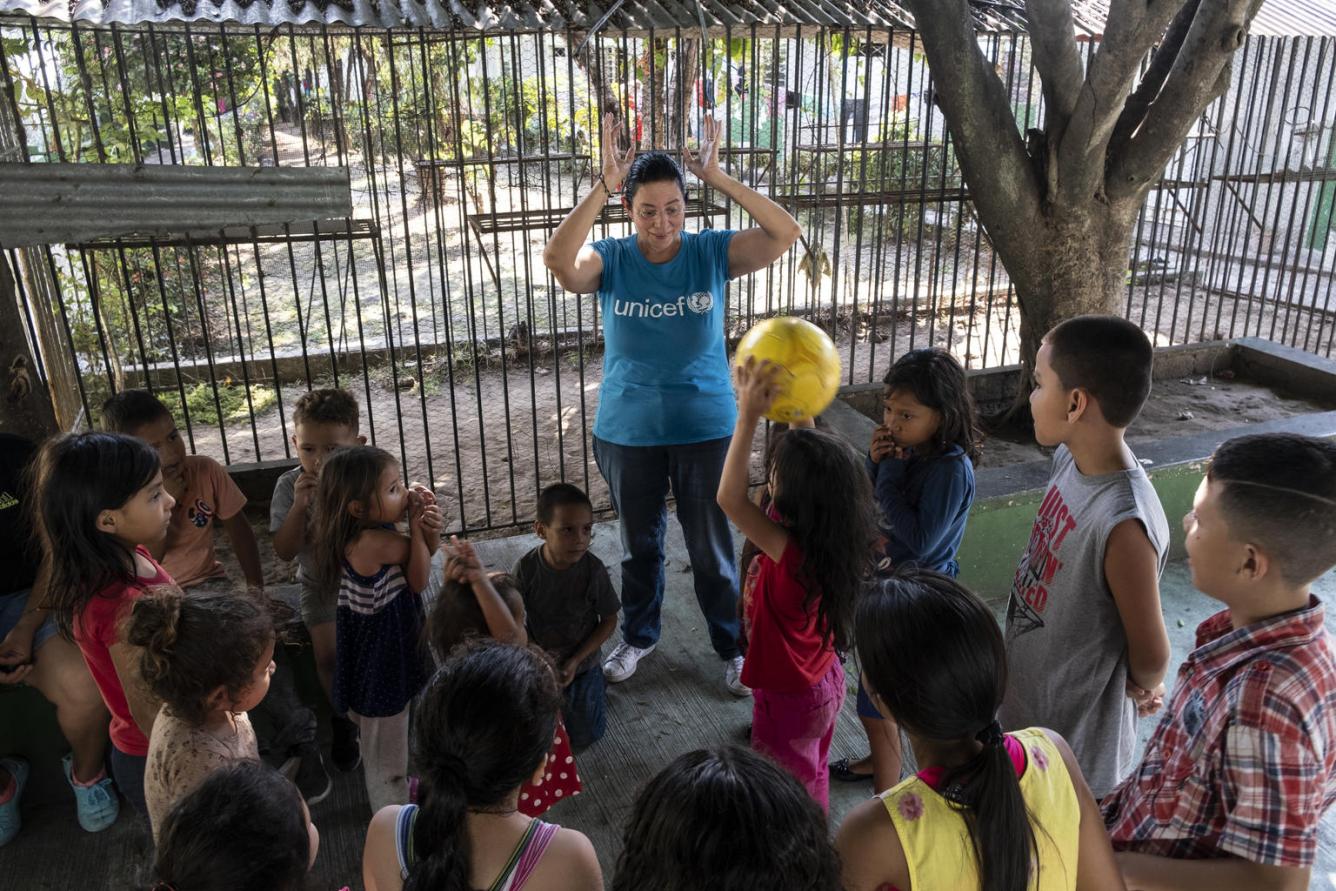 A UNICEF-supported local NGO volunteer plays with children at the St. Augustine hotel for refugees in Tapachula, Mexico. UNICEF offices in northern Central America and Mexico partner with civil society organizations, schools and outreach centres to provide children with activities and creative outlets that keep them out of harm’s way. 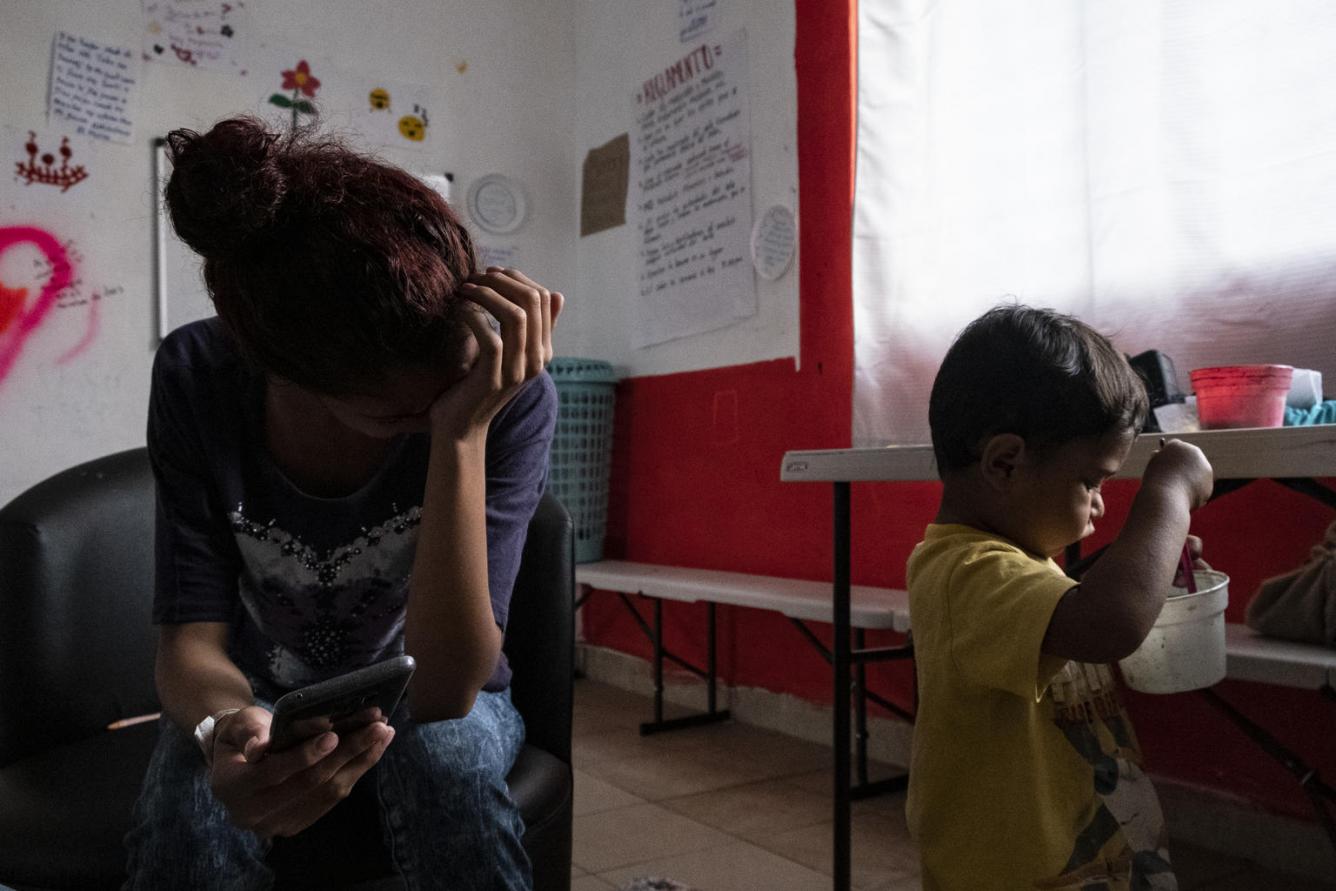 "I feel like I have never been given the opportunity to achieve my dreams. I believe I can find my future in America,” says Maria (name changed), 17, from Honduras. She watches her young son while she checks on the status of her humanitarian visa at a UNICEF-supported shelter for unaccompanied migrant girls in Tapachula, Mexico. She says she has to stay at the shelter until she turns 18, although she is desperate to cross the U.S. border. 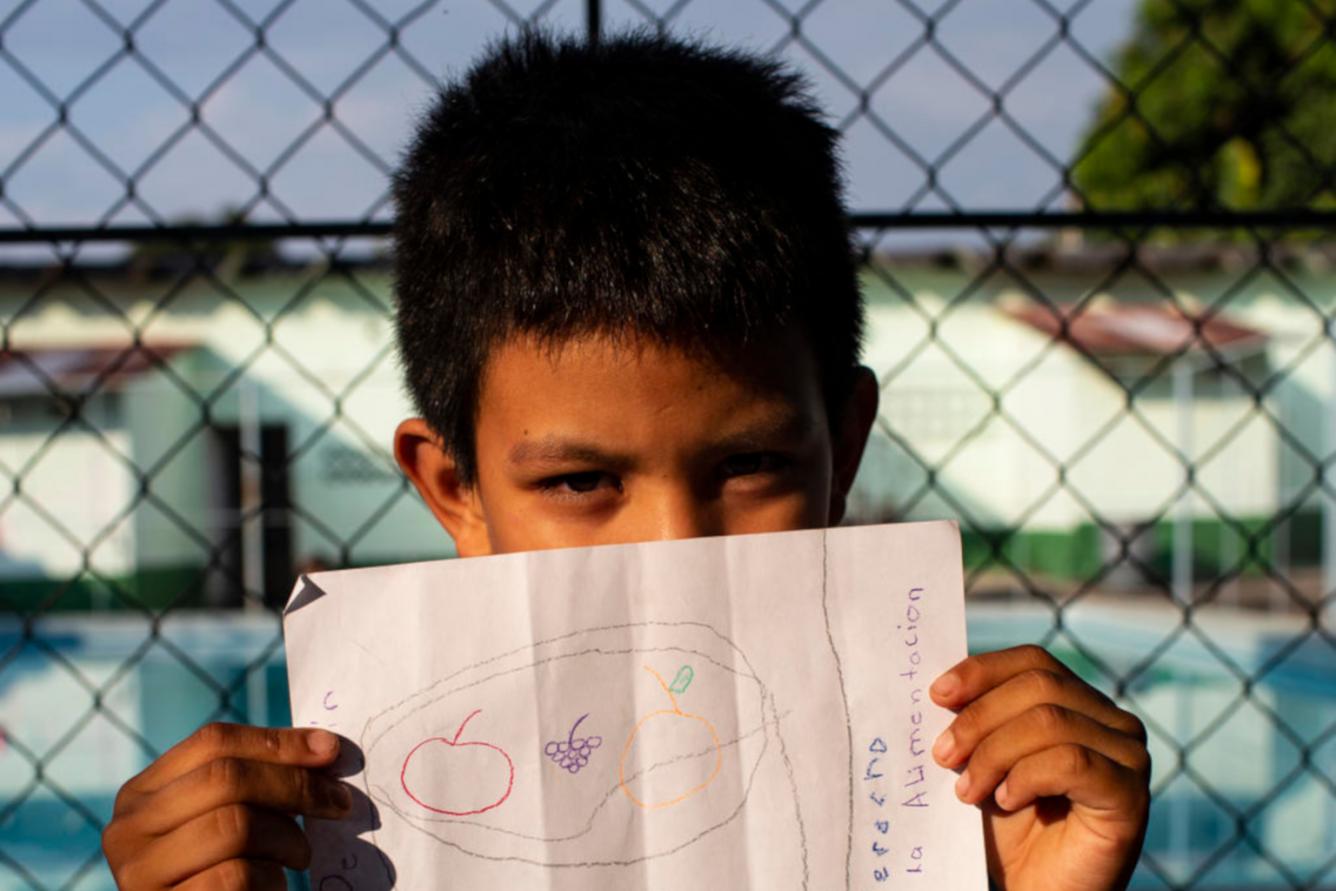 Jahir, 8, from Honduras, shows off a drawing that depicts his right to eat at the St. Augustine hotel for refugees in Tapachula, Mexico. “Whether these children stay in Mexico or head further up north, it is crucial that they remain with their families, that they are kept out of detention centers,” says Paloma Escudero. UNICEF supports the implementation of ’open-door’ shelters for migrant and refugee children, where they receive psychosocial support, education, health services and legal assistance. 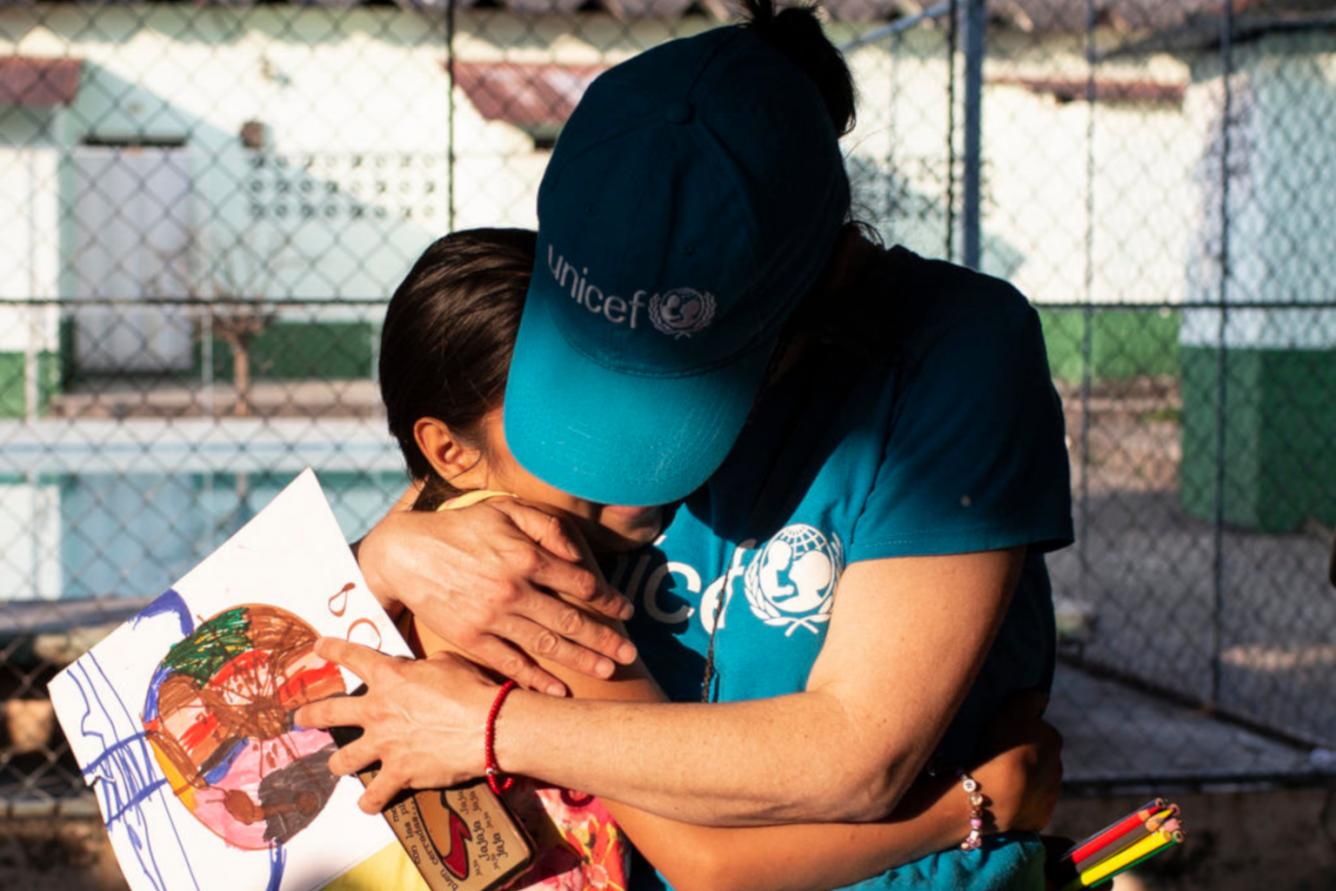 Jennifer’s mother was killed by a gang two years ago. A NGO volunteer at the UNICEF-supported St. Augustine hotel for refugees hugs her now after she has travelled with three siblings from San Pedro Sula, Honduras to Tapachula, Mexico. UNICEF advocates with government partners to build on the country’s programmes for children on the move, which keep families like Jennifer’s together. She has been drawing pictures of her journey.

There exist proven approaches, such as the creation of safe spaces and educational, recreational and vocational opportunities that aid children on the move, as well as working to address some of the sources of irregular migration. While UNICEF continues to work with governments to mitigate the conditions that push families to leave their homes in search of safety and stability, our ultimate aim always remains to protect children along their journey.