As violence erupted in Myanmar in August 2017 more than half a million Rohingya people fled to Bangladesh. Horrifying accounts of rape and sexual violence against women and girls emerged. Now, nine months later, many pregnant women face the prospect of giving birth in one of the the largest refugee camps in the world. Here are some of their stories. 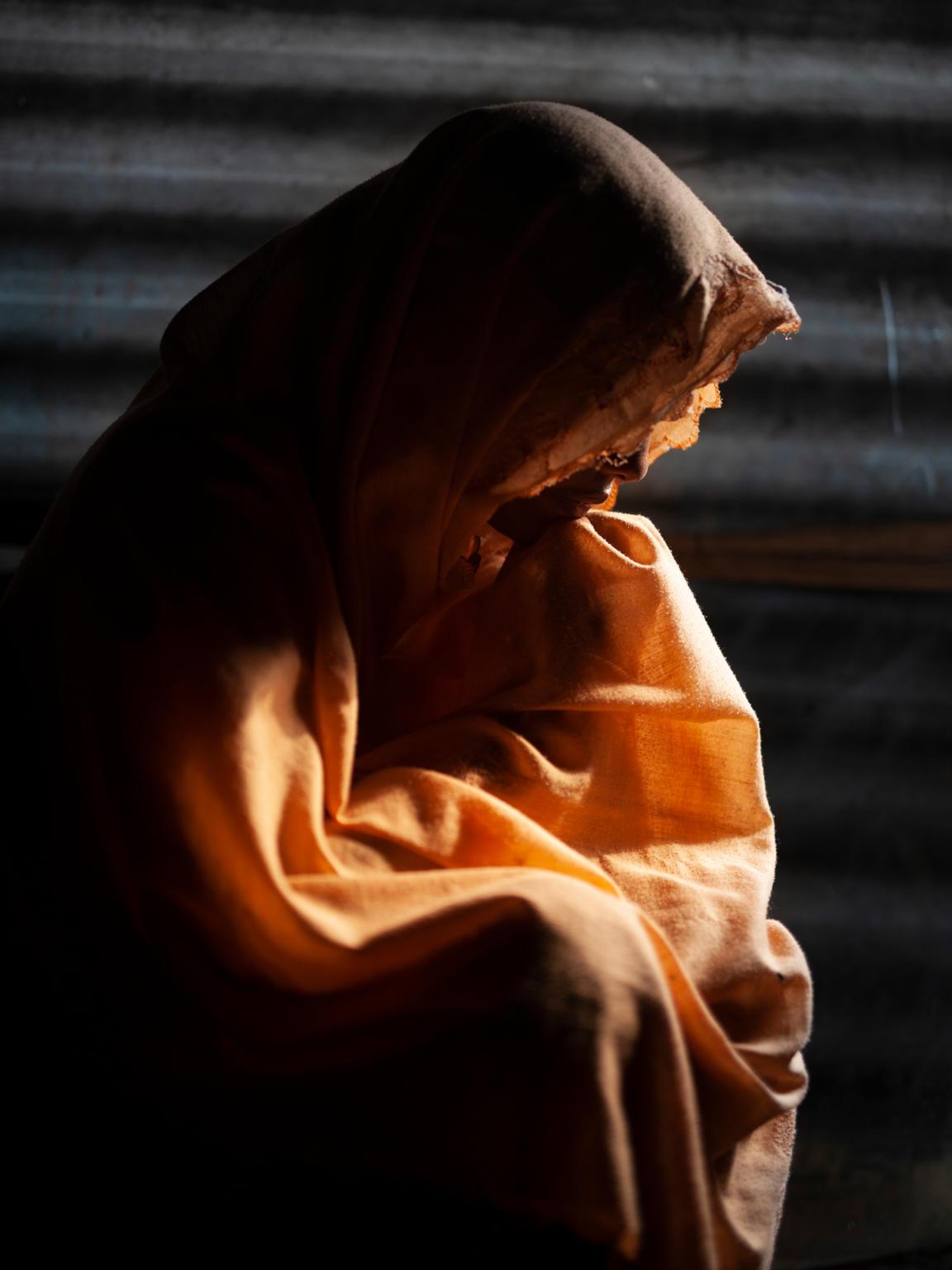 “…There was widespread rape in Myanmar, some women were even killed after being violated, other women were abducted from their houses,” said Nafiza, 15, inside the small tarpaulin-covered shelter that is now her home at a refugee camp in Bangladesh. Seven months pregnant, she believes that she conceived as a result of being raped by soldiers from the Myanmar army. Nafiza was married one year before she fled Myanmar. “I lost my husband in the chaos and haven’t had any news of him since then. I don’t know if he is dead or injured.” 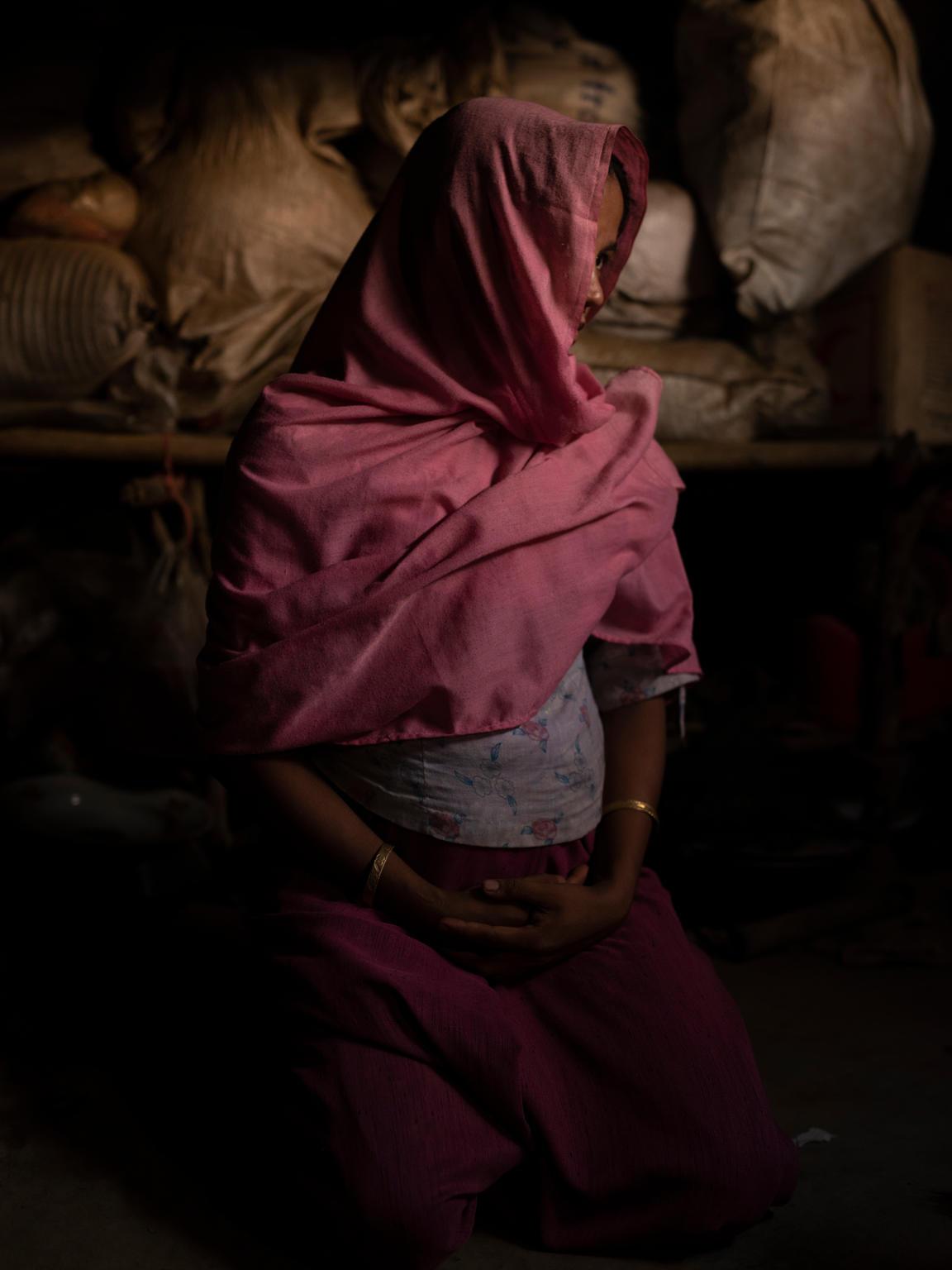 Twenty-year-old Azara’s life was shattered by the arrival of the army in her village. She was sexually violated and left for dead. “Because I lost my entire family, if God does give me a son or a daughter, it will allow me to survive this life. When I will see him or her come into this world and I look upon him with my eyes—that thought gives me strength.” When asked what she would say to other survivors of sexual violence, Azara is succinct in her answer. “I would tell them not to worry or be afraid,” she said. “You have to do whatever it takes to survive for the sake of your baby.” 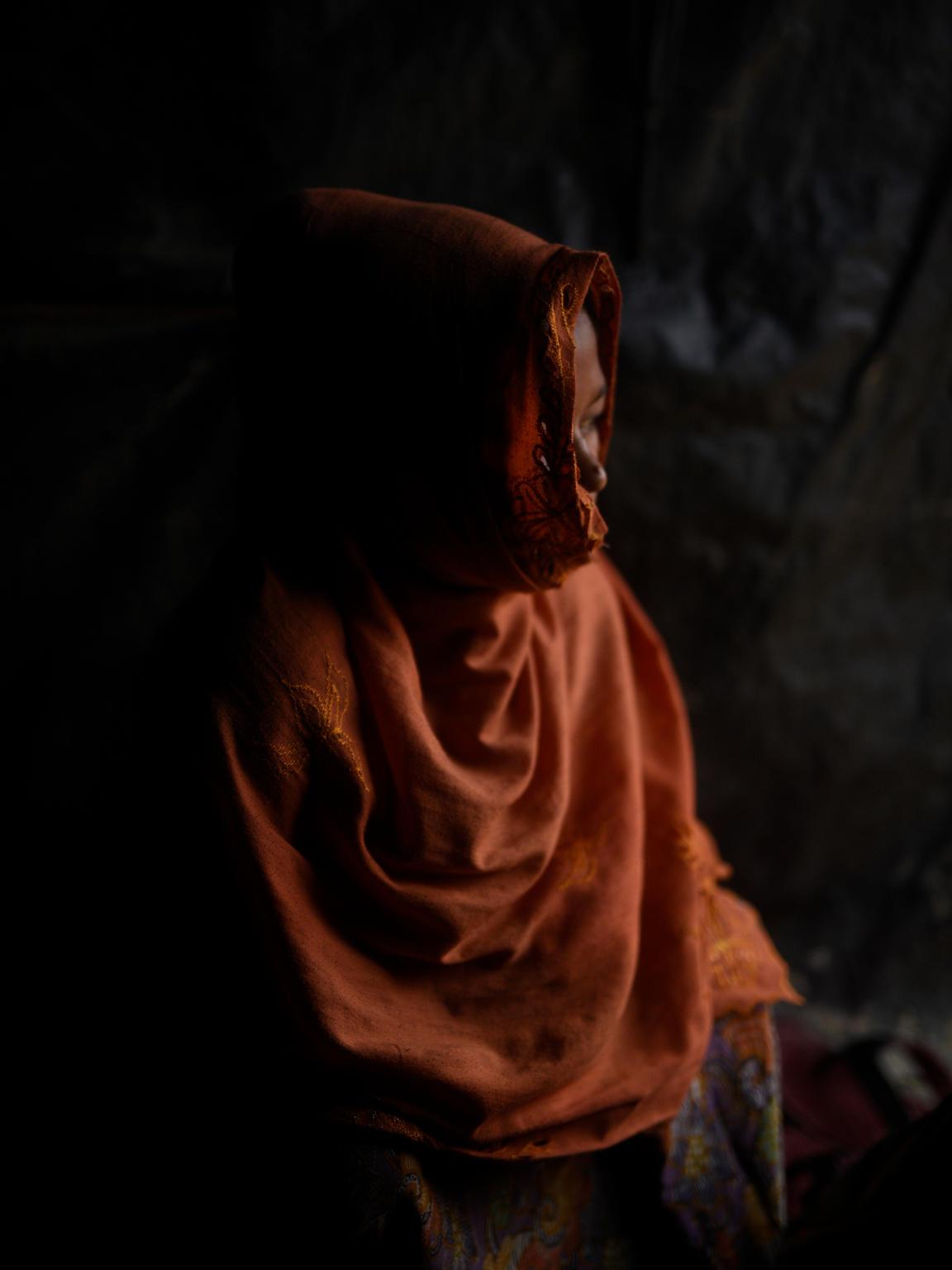 Arefa, 17, fled to Bangladesh immediately after burying her husband who was killed in a protest. She was raped after becoming separated from her family in the forest. Now she is pregnant and not sure who is the father of her child – her husband or the man who raped her. “Giving birth is not easy, so I’m a bit scared,” she said. “This is my first baby and we’re in a refugee camp.” 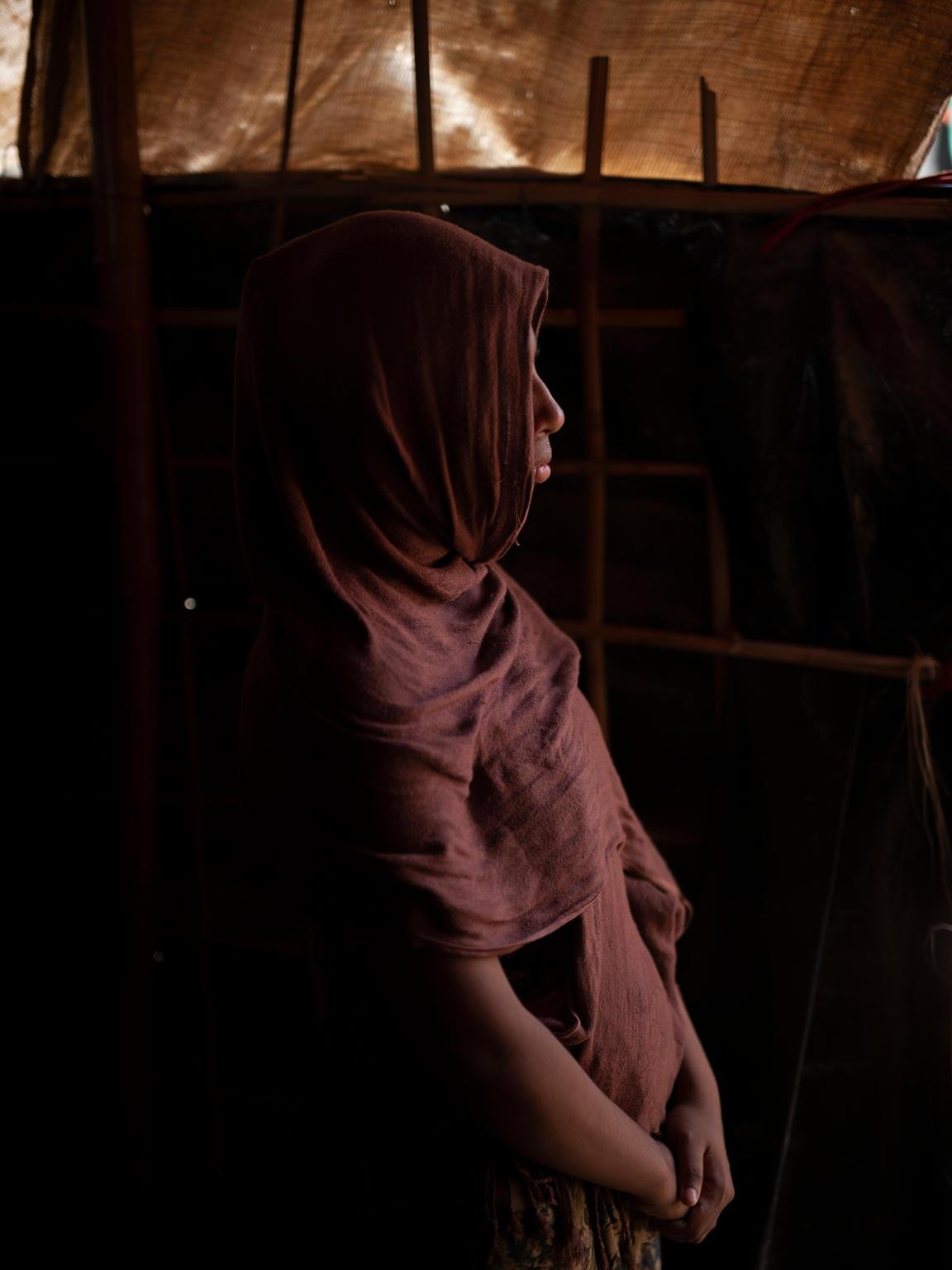 Rahenah, 15, was preparing a meal when the soldiers arrived. “[W]e girls couldn't escape. The military caught us and tied us to a tree. […] Then they raped us.” She found her husband in the forest and they fled on foot together. “When we arrived near the beach, my husband was shot by soldiers and I saw him die in the sand. He was 19.“ Rahenah is happy that she will be a mother, but worried about conditions in the camp. “If my baby survives, I will try hard to make sure he is educated,” she said. 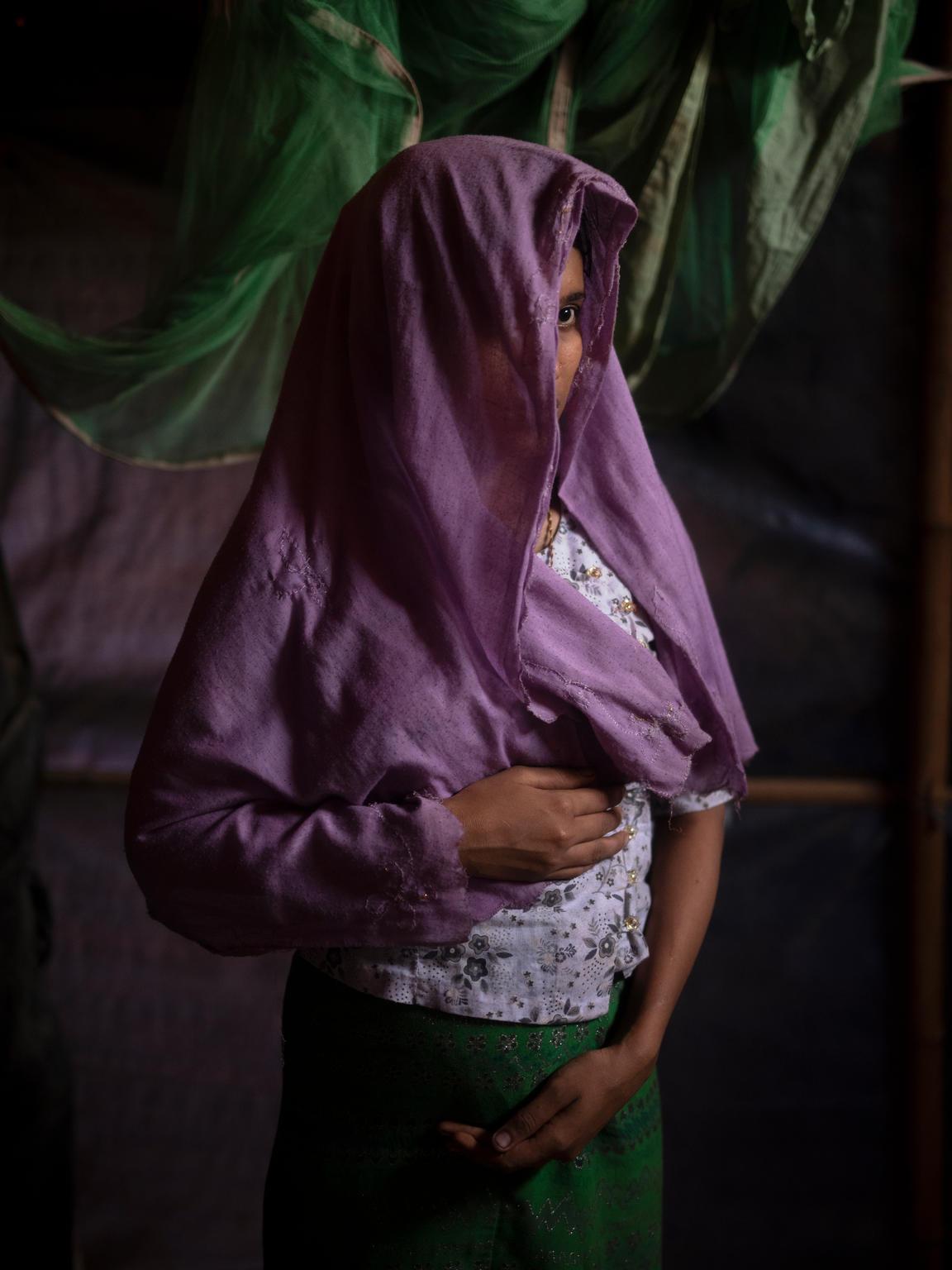 “We had been married three or four months when they killed my husband,” recalls Sameera, 17.  She was raped two days later. Three soldiers arrived at her door with two Rohingya girls. All three girls were raped. Two were beaten severely – Sameera was battered with the butt of a gun. “As I will give birth to the baby, he or she will be mine, no matter who the father is,” she said. 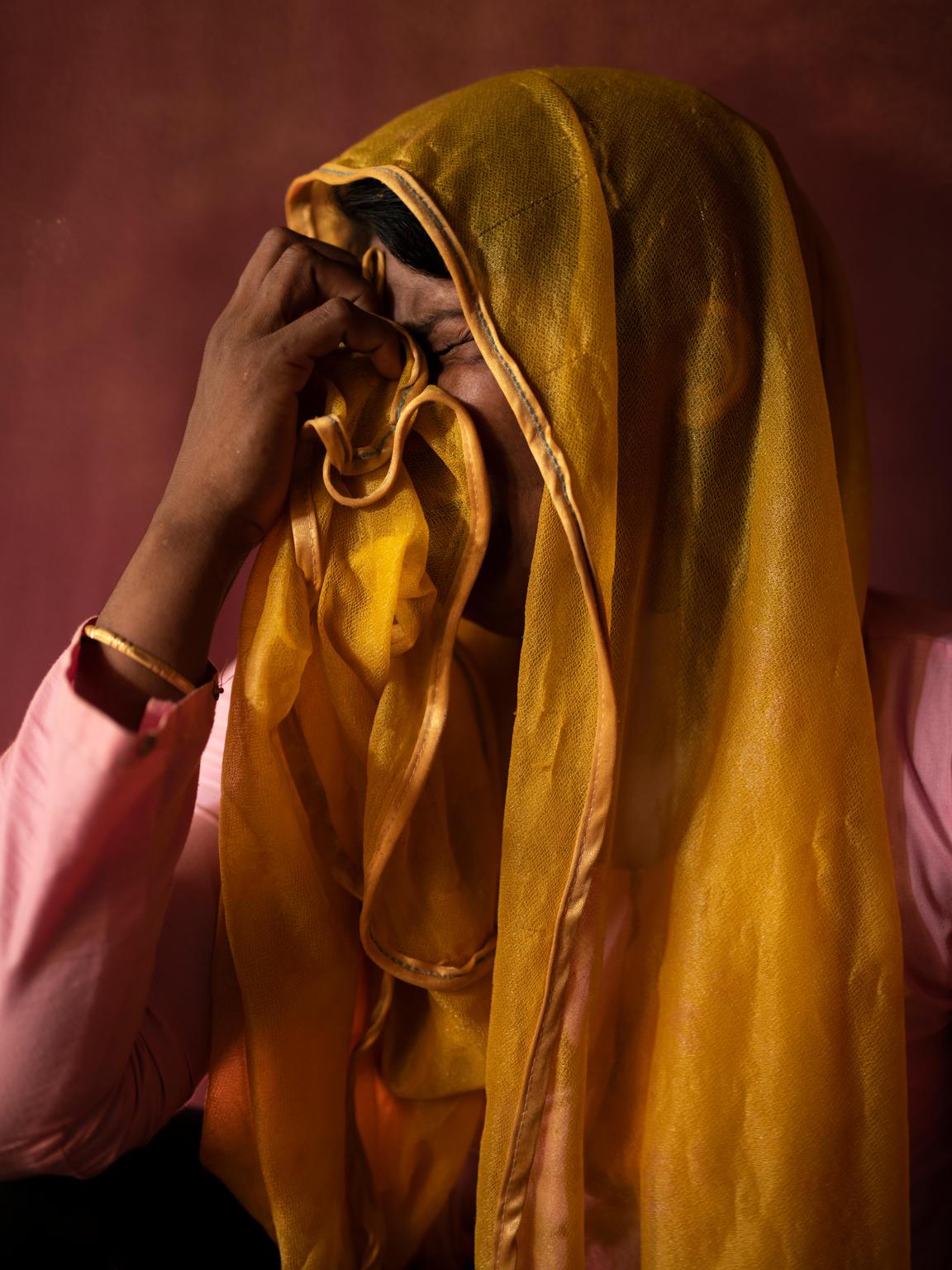 Supriti, 30, witnessed the murder of three of her four children and her husband. She was raped by soldiers along with seven other women in a house while nearby buildings in her village burned. Now in Bangladesh, Supriti relies heavily on her surviving daughter as she suffers from a deep head wound that she says was inflicted with a machete by one of her attackers. She has heard about the dangers of children in the camp being trafficked and worries for her daughter. “I have to keep an eye on her,” she said. 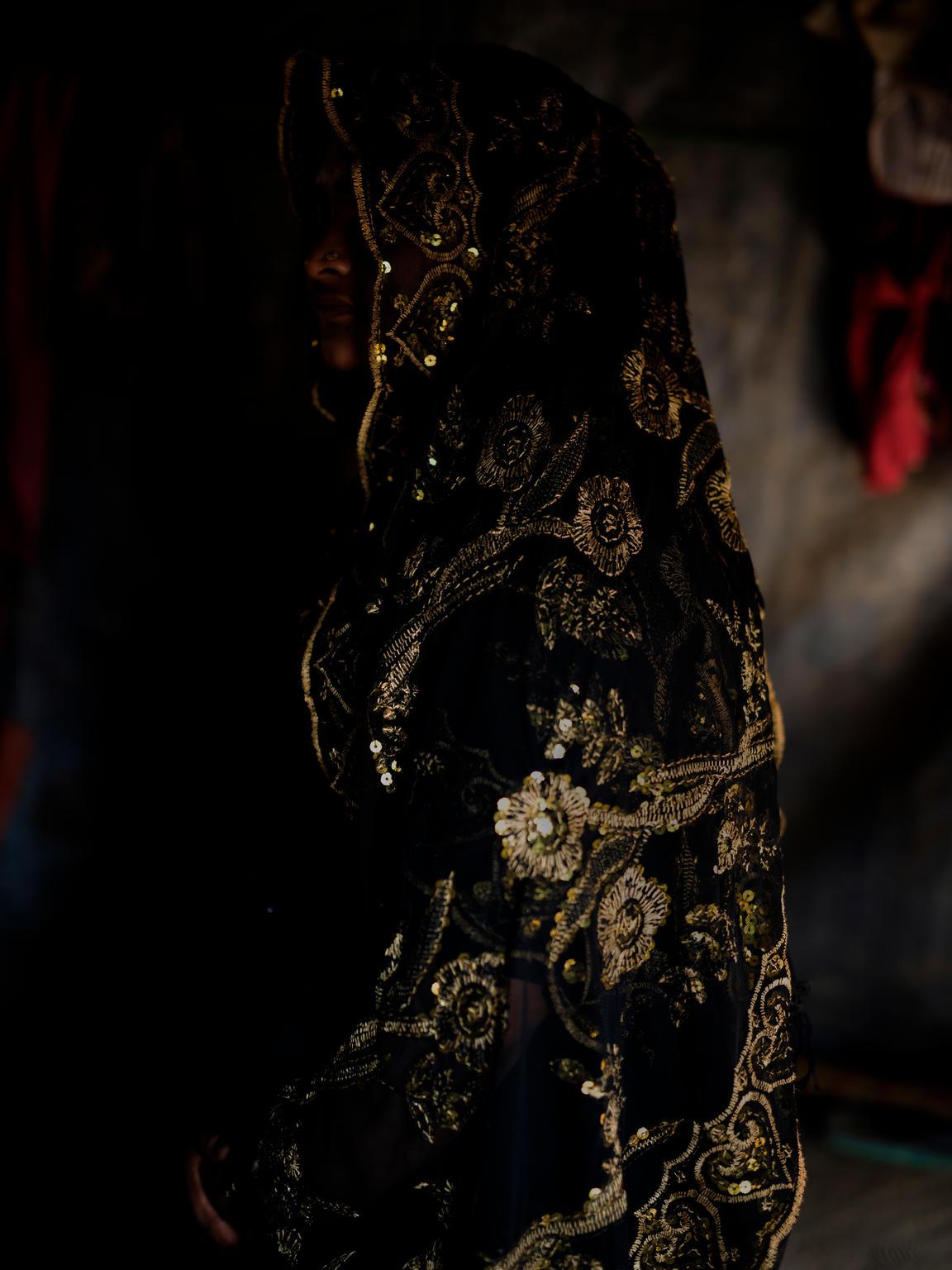 It was a Friday morning in August last year when the Myanmar army surrounded eighteen-year-old Manoshi’s village. Her brother and four sisters were killed. “My father was also killed, leaving my mother and me as the only survivors,” she said. Manoshi was raped by the soldiers and realized she was pregnant after arriving in Bangladesh. Expelled from her mother’s home, Manoshi is now facing the future alone. 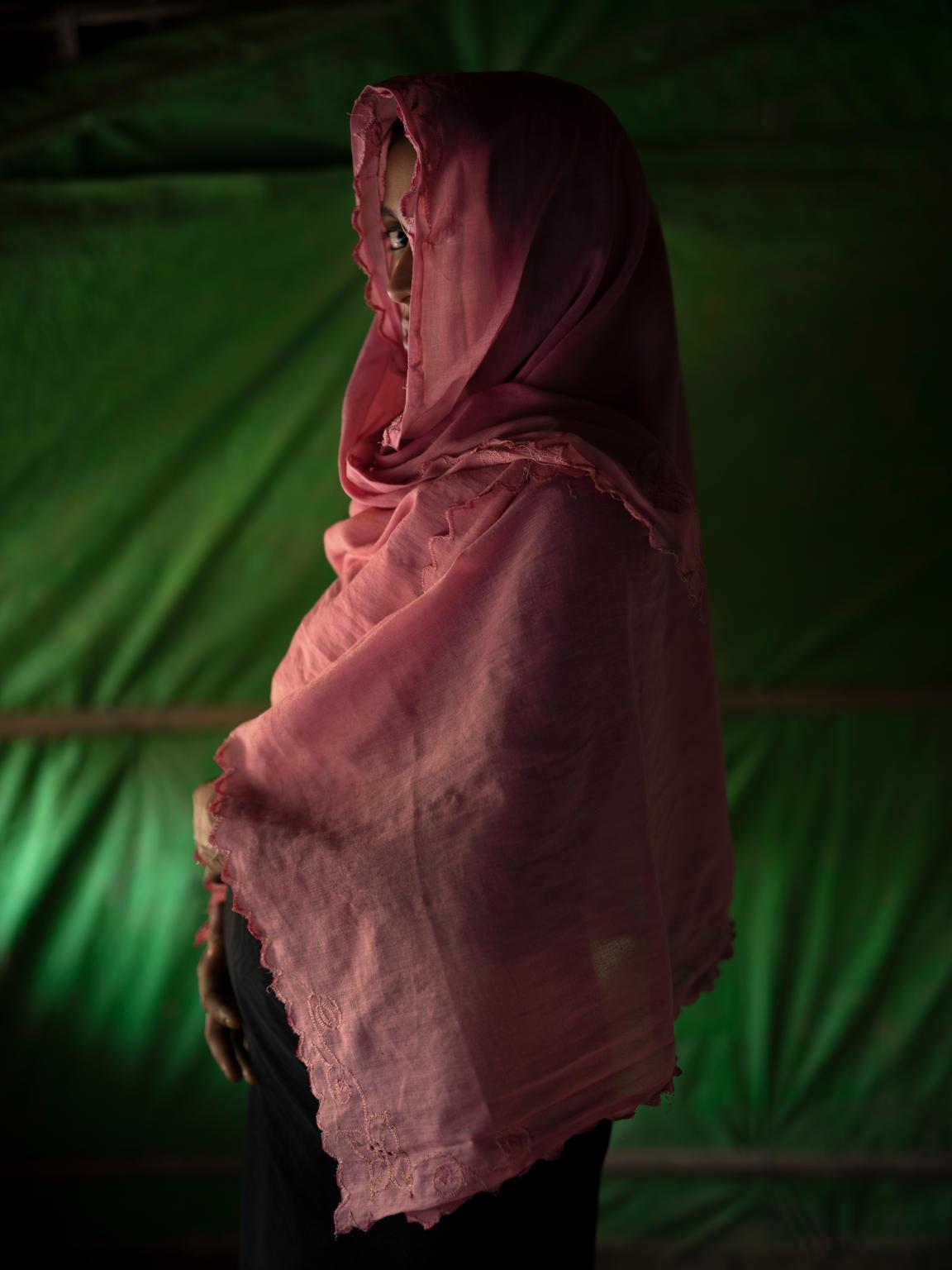 It was a typical working day for Shofika, then 14, before the soldiers came. Two of them raped her and Shofika’s husband was killed in the attack. In Bangladesh, Shofika realised she was no longer menstruating: “I went to a clinic and the doctor told me that I was pregnant.” At first she wanted to end the pregnancy, but the doctor and nurses advised her not to because it could have damaging health consequences for her. She has since resigned herself to becoming a mother at the age of 15. 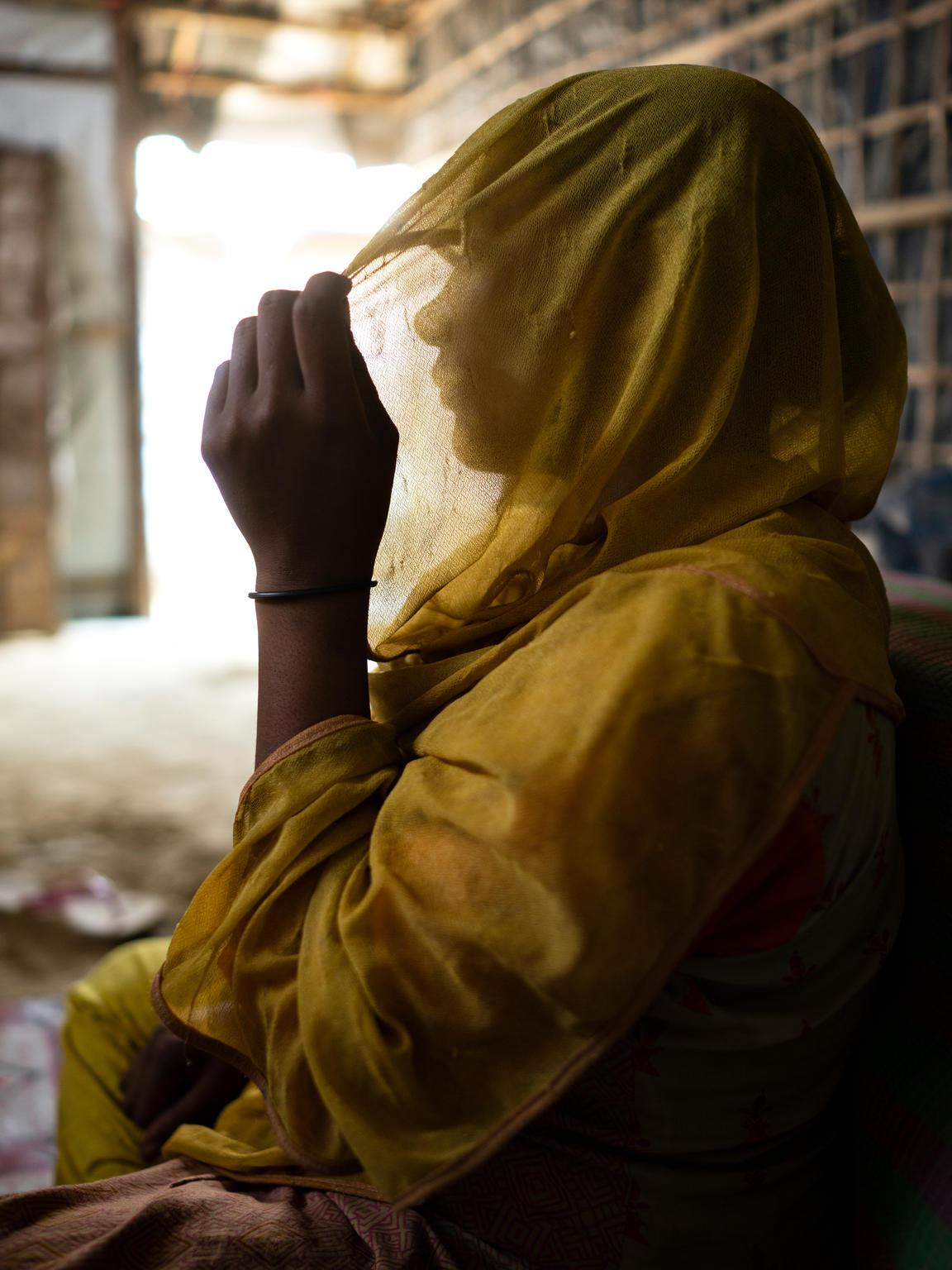 Hamida, 18, had only been married for two months when the soldiers arrived. It was around midnight when they dragged her husband into the dark. “I was alone, praying for the return of my husband,” she said, “but it was three soldiers who came.” After arriving in Bangladesh, Hamida learned that she was pregnant: “[…] I was raped. Many women were. I am not alone.”

Of all Rohingya babies born in the camps since September 2017, only 3,300 – or 1 in 4 – were delivered in health facilities. Only 15 per cent of mothers currently have access to health centres.

The priority for UNICEF is to make sure every pregnant woman gets the support and help that she needs to give birth in a safe place, with the means to look after her baby in the best possible way.

Working with partners, UNICEF is providing antenatal and post-natal care to mothers and their babies. Pregnant mothers are visited regularly in their shelters to assess their situation and provide support – more than 150 parent groups have been set up across the camps.

UNICEF has also mobilized almost 250 community volunteers to make sure that a growing number of women visit the health care facilities before and after giving birth.

* All names have been changed.