It’s been three years since the abduction of the so-called Chibok girls in Nigeria’s Borno State in 2014. Since then, a systematic campaign of abduction in the region has forced thousands of children into the ranks of Boko Haram, with increasing numbers undertaking suicide attacks. This series examines the places in Maiduguri, Borno State’s capital, where their bombs exploded. 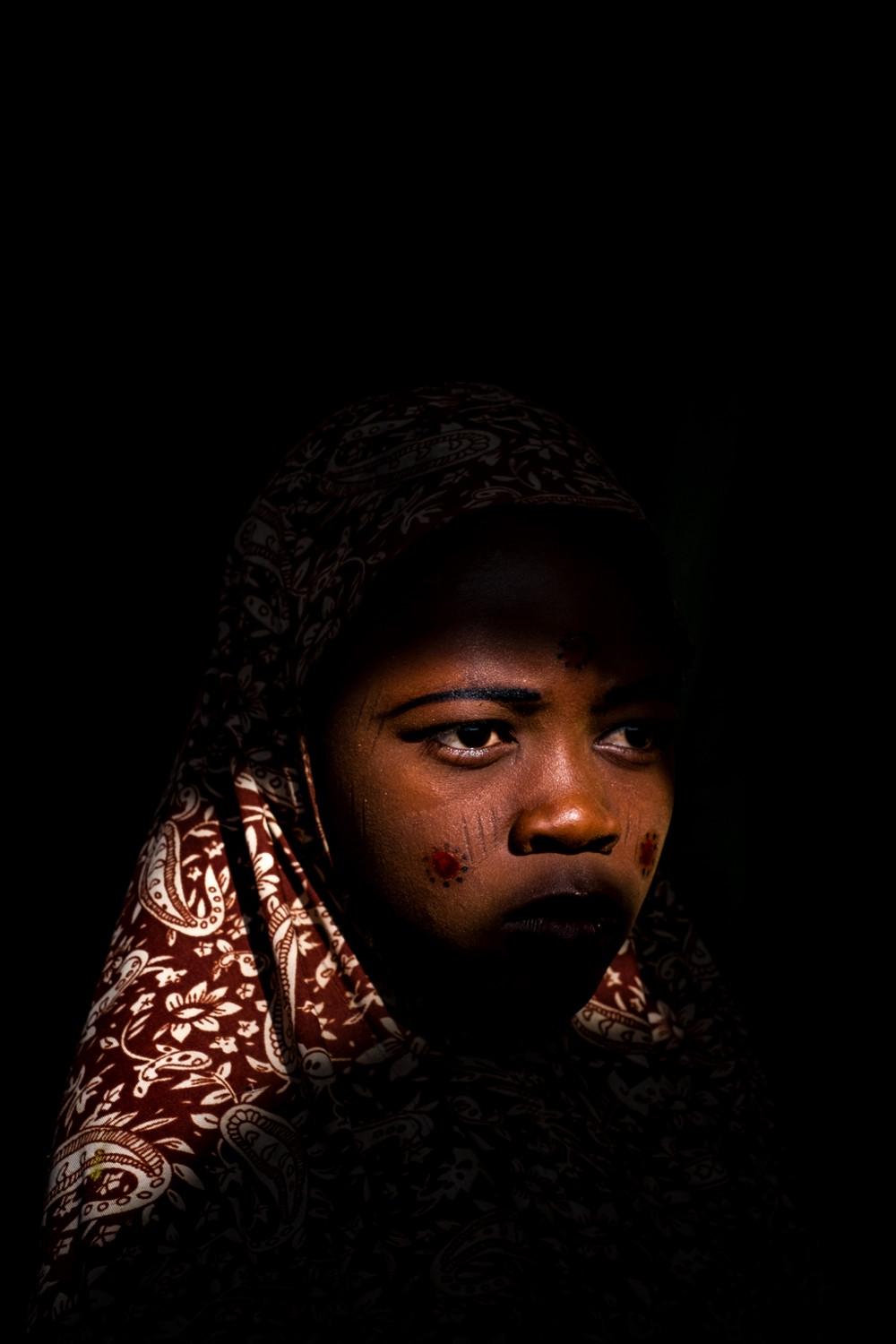 Fatima, 12, internally displaced from Bama, in Maiduguri’s Baga Market, where 18 people — including a pregnant woman, died when a 16-year-old boy blew himself up in a motorcycle rickshaw he was traveling in as he tried to enter the market on 7 March 2015. 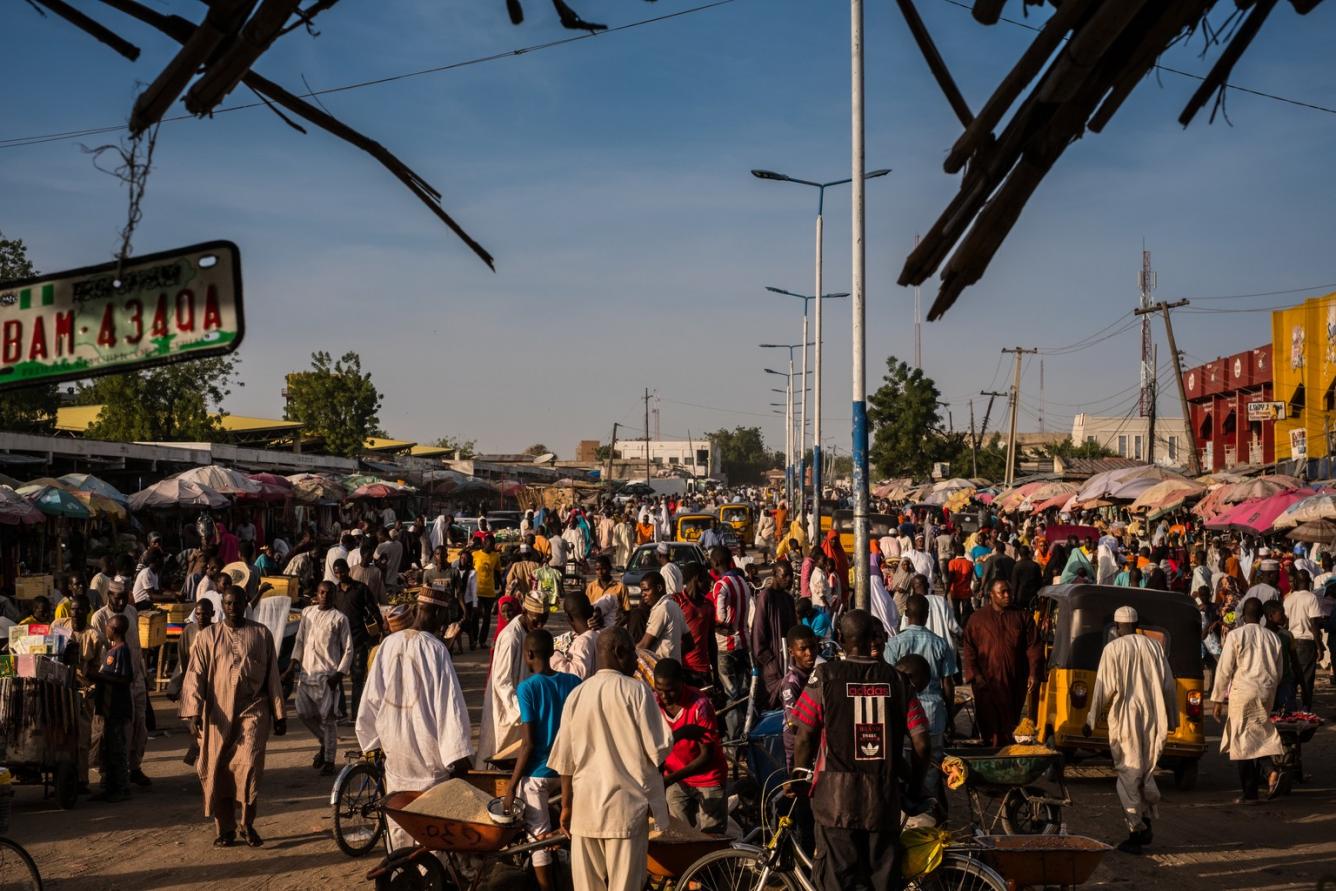 People at Maiduguri’s Monday Market, where on 11 December 2016, two seven-year-old girls detonated their explosive charges, killing one other person and wounding many. Since January 2014, 117 children — more than 80 per cent of them girls — have been used in suicide attacks in the region. 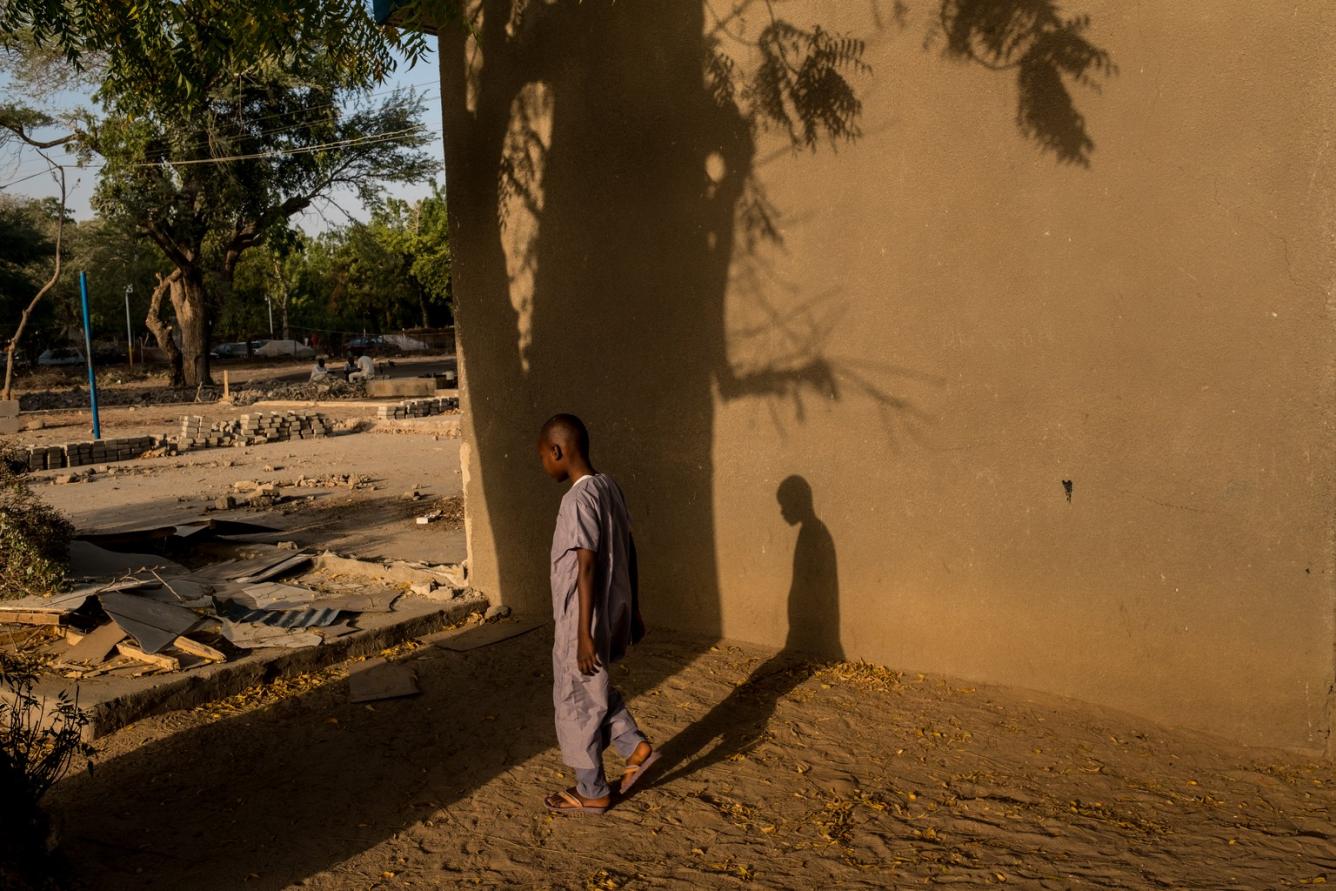 A boy walks outside the Gindin Kurna Mosque at Maiduguri University, where a seven-year-old boy detonated his device on 16 January 2017, killing himself, a professor and wounding seven others. The rise in attacks is deeply troubling for both victims and the children undertaking them. 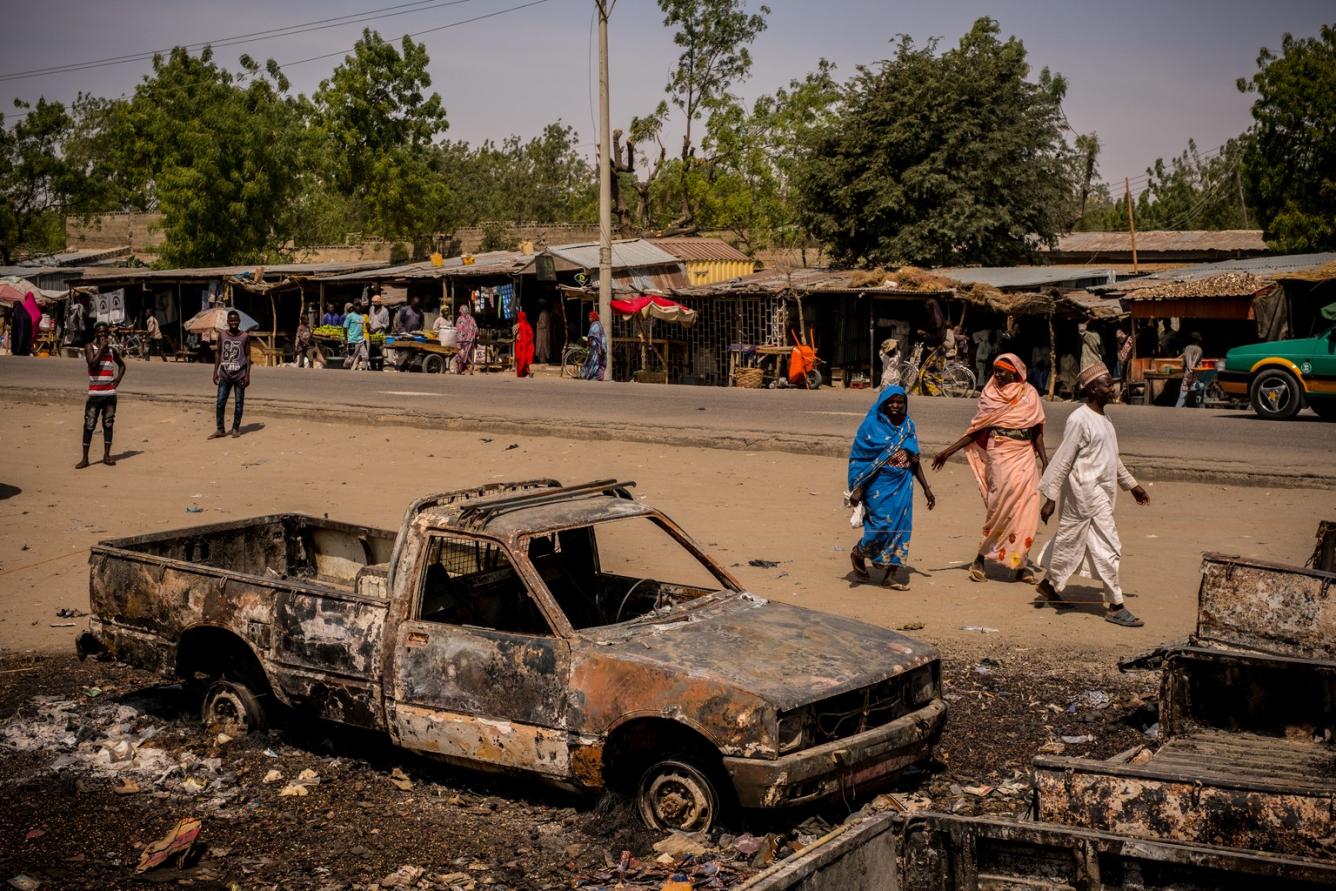 People walk past destroyed cars in Muna Garage, Maiduguri, where a suicide bomber detonated a charge on 16 February 2017 as a convoy of trucks readied to leave for Gambaru, 141 km away. It was the first blast in a sustained attack involving nine suicide bombers and Boko Haram gunmen.

Internally displaced children at Maiduguri’s Dalori camp. Fighting between Boko Haram insurgents and the government has displaced over 1.7 million people in Nigeria — 55 per cent of the displaced are children. 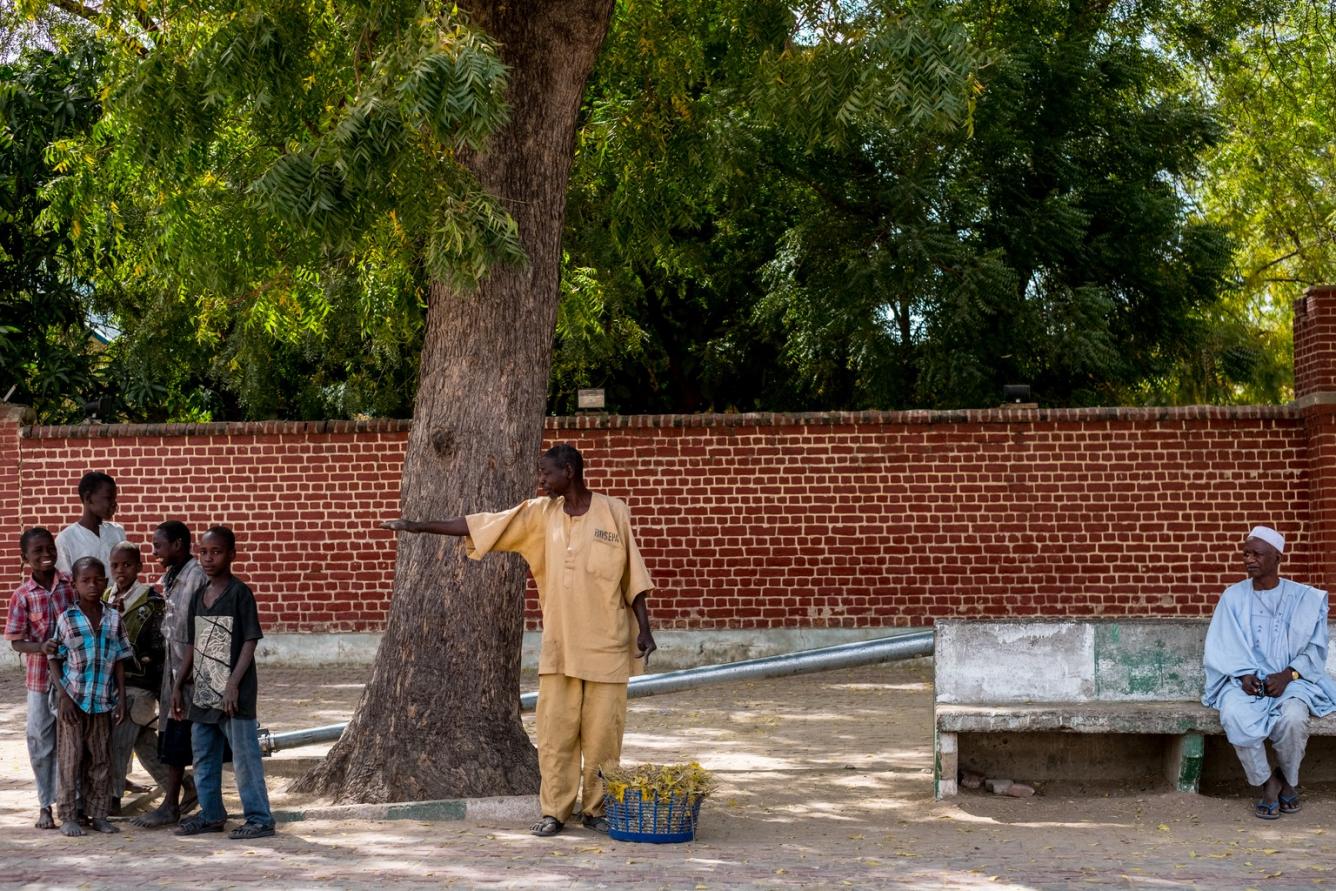 People stand outside the Shehu’s palace in Maiduguri, where on 13 July 2012, a 15-year-old girl detonated a suicide vest after Friday prayers in an attack targeting the state’s deputy governor and the Shehu, a local ceremonial ruler. The two men survived but five others were killed. 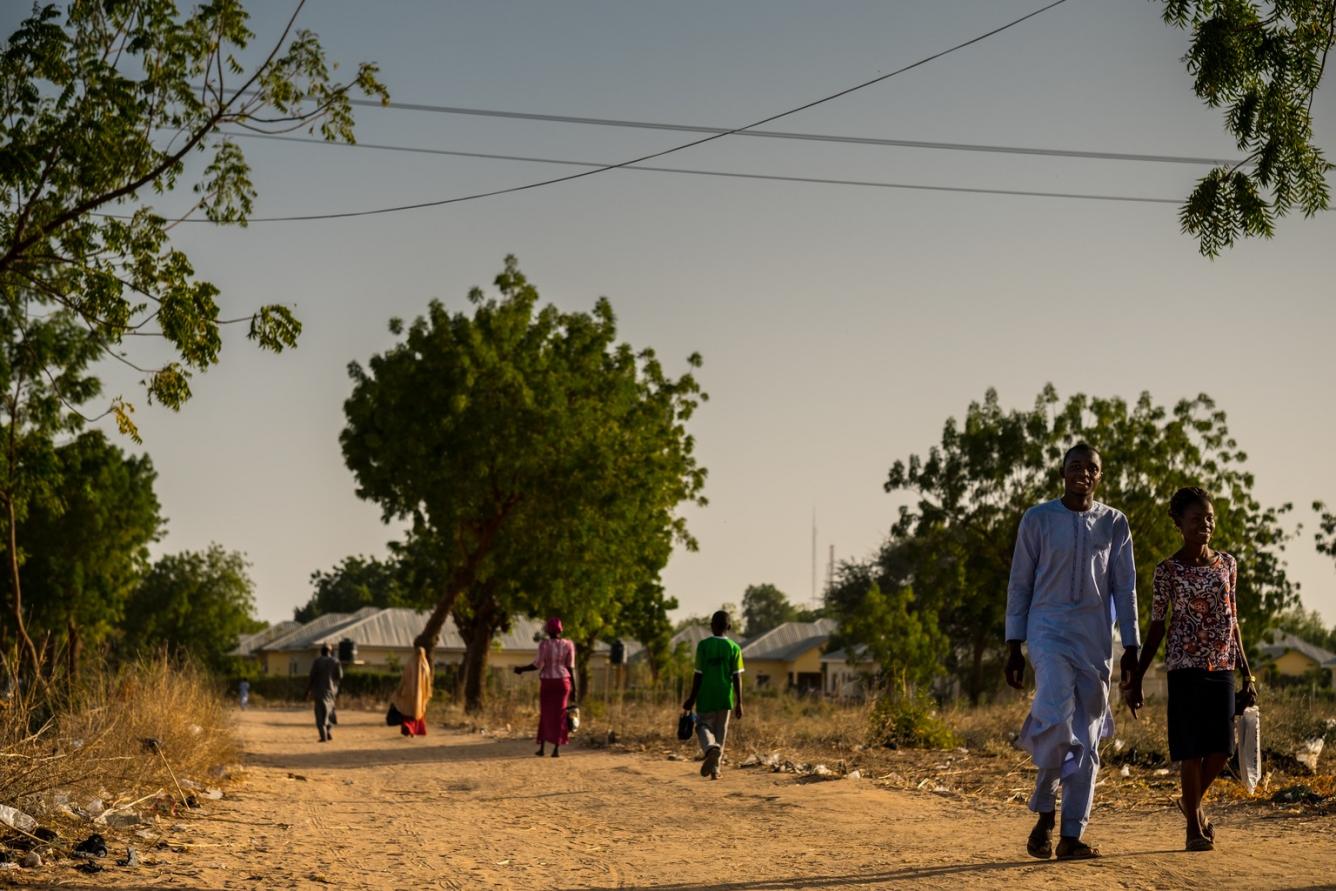 Students walk on a road leading to Maiduguri University where early on 16 January 2017, a girl with a suicide vest was shot by police, detonating her device as she ran into bushes on the side of the road. As of March 2017, 27 children have been used in attacks in northeast Nigeria. 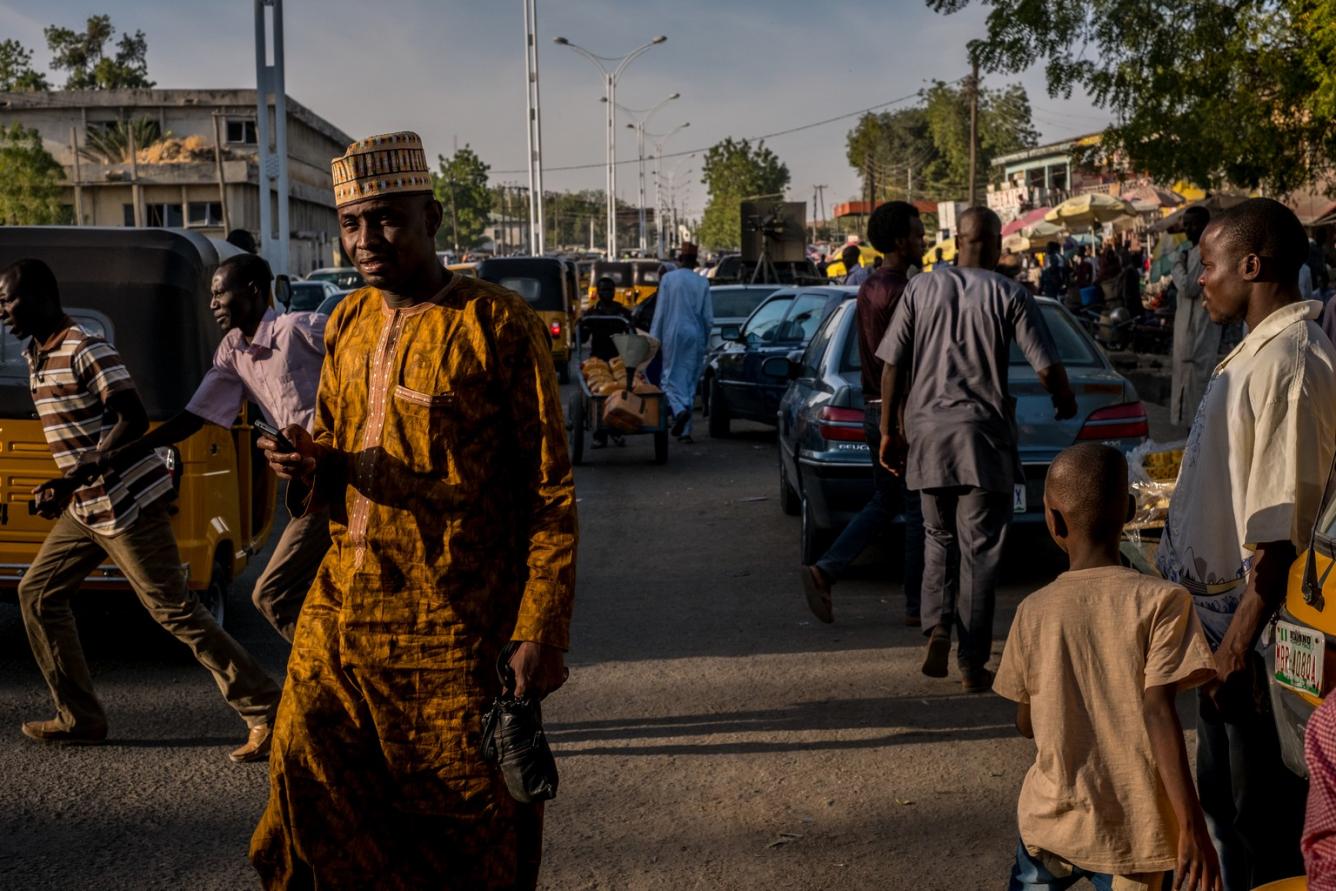 Traders and shoppers at Maiduguri’s Monday Market, where on 1 July 2014, a vehicle set off a bomb opposite the High Court, killing 18 people and injuring 55. The upward trend of using children in attacks is a defining feature of a conflict already marked by grave human rights abuses.