How can I help to deliver more vaccines around the world?
DONATE TODAY »

Global cases of measles are surging to alarmingly high levels, led by ten countries accounting for more than 74 per cent of the total increase.   Several others had previously been declared measles free.

Vaccines are one of the simplest, most cost-effective and successful ways to save children’s lives. As the largest global purchaser of vaccines, UNICEF reaches 45 per cent of the world’s children with life-saving vaccinations.

But it’s not just about working to vaccinate every child. We’re also working to completely rid the world of diseases like polio and maternal and neonatal tetanus.

Thanks to our donors, UNICEF is able to reach and immunize children worldwide. Give the gift of health with UNICEF Canada’s Survival Gifts »

Thanks to vaccination efforts, an estimated 2-3 million lives are saved every year. Yet more than 1.5 million children still die annually from diseases that can be prevented by vaccinations. An estimated one in ten of the world’s children missed out on life-saving immunizations in 2018.

Together with partners, UNICEF was able to help reduce the price of the pentavalent vaccine by half in 2016 to 84 cents US per dose, on average. The vaccine protects children against five deadly diseases – hepatitis B, pertussis, diphtheria, tetanus and Haemophilus influenza type b (Hib). Because of the reduced price, UNICEF will be able to provide life-saving vaccines to an estimated 5.7 million children by 2020.

Vaccines work – here are the facts:

3 Deadly diseases that are preventable with vaccines

Measles  is a highly contagious disease that can cause blindness, brain swelling and death. You can catch measles simply by being in the same room as someone infected. Measles remains a leading cause of death among children, even though a safe and inexpensive vaccine exists.

Polio is a virus that paralyzes 1 in 200 people who get infected. Among those cases, 5 to 10 per cent die when their breathing muscles become paralyzed. There is no cure for polio once paralysis sets in.

UNICEF is part of the Global Polio Eradication Initiative, which aims to eradicate the crippling disease by 2023  – we’re 99% of the way there. Recent vaccination campaigns in the final three endemic countries – Afghanistan, Nigeria, and Pakistan – reinforce that we’re on the brink of a global change. Donate polio vaccines today »

Maternal and neonatal tetanus (MNT) is a painful, paralyzing and fatal disease for women and their newborn babies. Infants are especially at risk. It’s contracted when an unsterile blade is used to cut the umbilical cord, infecting vulnerable babies during their first moments of life.

Fortunately, MNT is completely preventable. When a woman of childbearing age is vaccinated against tetanus, she passes on her immunity to her unborn children. As of March 2019, UNICEF and partners have eliminated MNT in 46 countries and we continue to tackle it in the 13 countries where it remains a public health concern. Protect families with a Mother and Baby Tetanus Pack »

I chose this work to serve my village and community. Obstacles do not matter,

says Ahmed, a UNICEF vaccinator who often works nights and transports vaccines for children up the rocky mountainside with his donkey.

40% of unvaccinated children live in fragile or humanitarian settings, including countries affected by conflict.  The breakdown of vital health services, the killing of health workers and the destruction of medical facilities, supplies and equipment can all have disastrous effects on children’s health. To protect children caught in emergencies, UNICEF vaccinators reach those in the hardest-to-reach areas.

UNICEF was the first to introduce “Days of Tranquility” and “Zones of Peace” to the world: temporary ceasefires to provide life-saving care. The first Days of Tranquility occurred in El Salvador in 1985, when fighting stopped for three days to allow 250,000 children to be vaccinated . UNICEF will always work to ensure that children caught in crises are not forgotten.

Read more about our vaccination work 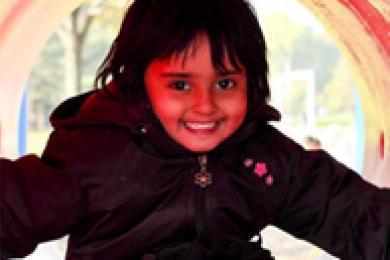 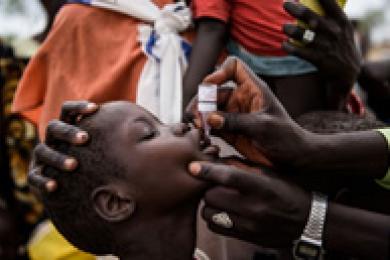 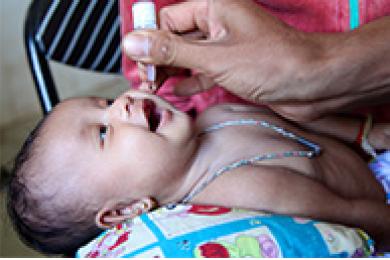