5 Things You Need to Know about Halloween Heroes 2019

Thanks for checking out our 2019 Halloween campaign blog! We’ve been cooking up some spooktacular new plans for 2021 so to find out more and sign up today, visit the UNICEF Halloween Walk-a-thon page now!

In 2006, following the ending of the penny in circulation in Canada, Trick or Treat for UNICEF in Canada moved from collecting coins in the historic orange boxes on Halloween night, to fundraising in schools throughout the month of October. 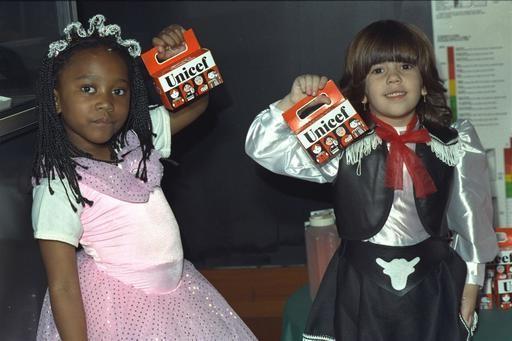 1) Who are the Halloween Heroes? 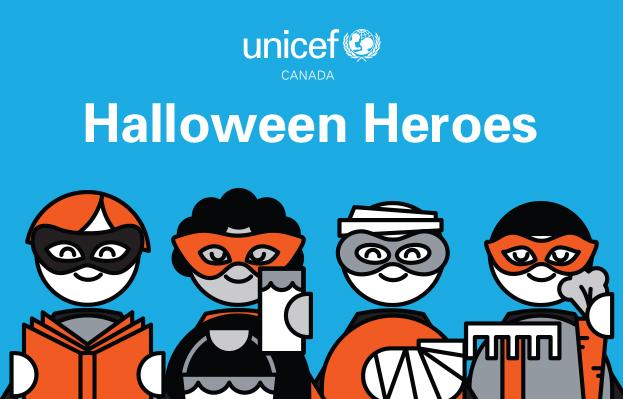 The Halloween Heroes represent four pillars of UNICEF’s work – water, nutrition, health and education. The Heroes have appeared on the orange Halloween boxes for more than 60 years but with the new campaign, children get to decide which Halloween Hero they want to be and where their fundraising money goes, depending on which pillar interests them the most.

2) How do I or my family get involved?

Children, families and adults can become Halloween Heroes by setting up their own fundraising page. After registering, pick which Hero you want to fundraise for and set your target goal. Then reach out to your family and friends to ask them to donate to your fundraising page. When your fundraiser reaches your target goal, you’ll be inducted into the UNICEF Canada Hall of Halloween Heroes.

Need a little further explanation? Our Halloween Hero friends Suriya and Corinne are here to help – and like they say, it’s as easy as 1, 2, 3!

How to become a UNICEF Halloween Hero

UNICEF Canada understands how much people loved the orange Halloween boxes and have heard from many people about how sad they were that they went away, because they wanted to share a beloved childhood tradition with their kids.

In bringing the Halloween campaign back for 2019, UNICEF Canada made the decision to go completely digital. All fundraising will take place through the Halloween Heroes fundraising pages. In keeping with the spirit of the orange boxes though, everyone who is inducted into the Hall of Heroes will receive a printable crest that they can wear with their costume on Halloween Night, to show friends, family and neighbours that they’re a UNICEF Canada Halloween Hero – defending the right to childhood everywhere.

4) I’m a teacher – can I still get my class or school involved?

Schools have always been one of the biggest supporters of UNICEF, helping to teach new generations about the value of philanthropy and the work UNICEF is doing for children around the world. UNICEF Canada is excited to continue this philanthropic tradition of kids helping kids with UNICEF Halloween Hero Schools.

In your classrooms, host events and collect donations as a part of your Halloween celebrations to make your school a Halloween Hero School. There are also a variety of resources available to help your students learn more about UNICEF and the work it does around the world. 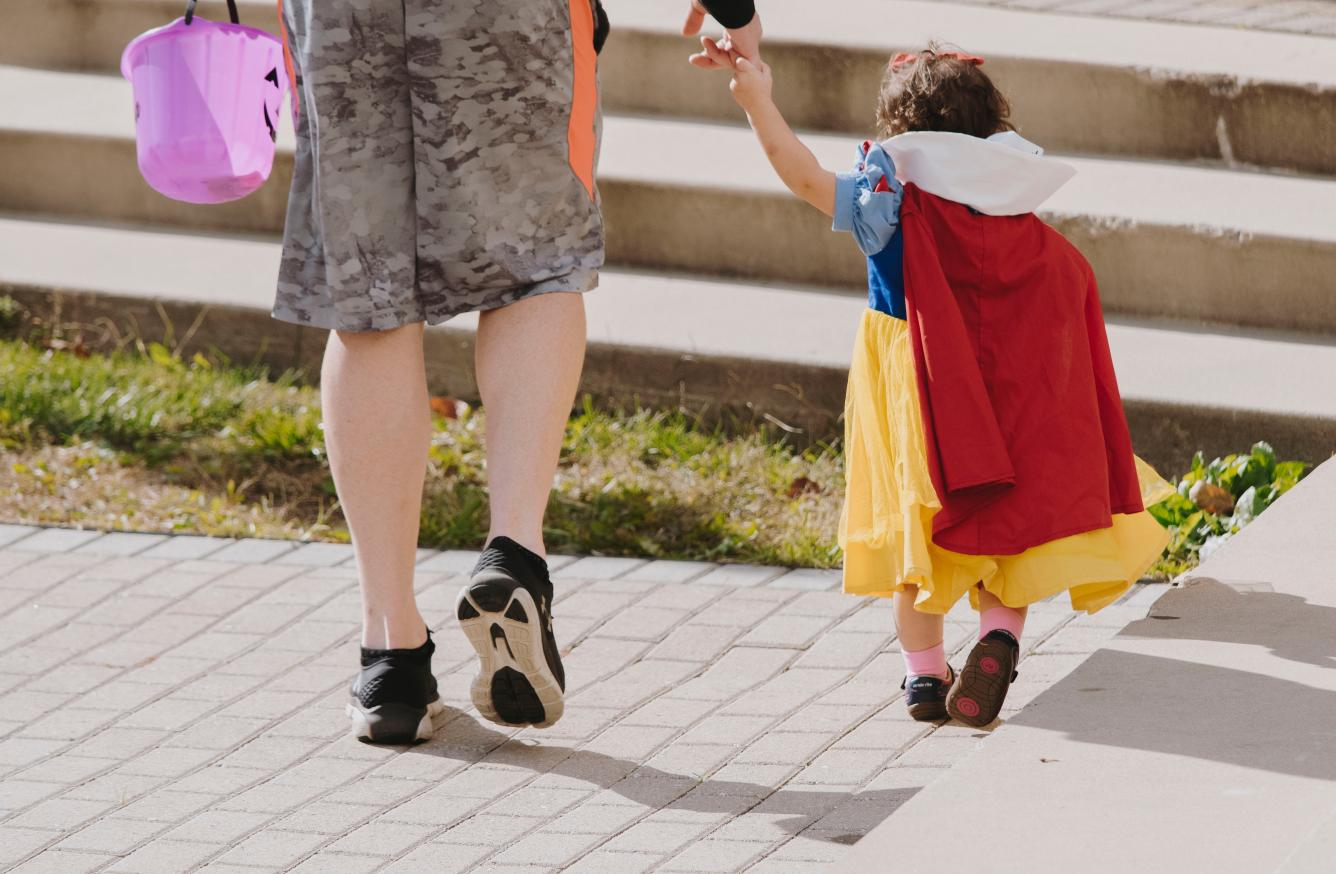 5) Why should I or my family become a Halloween Hero?

Canadian kids are – and always have been – UNICEF Canada’s secret ingredient. They put their energy, optimism and confidence behind actions to improve the world for all children, which serves to further benefit children who rely on UNICEF’s support for critical resources like education and healthcare.

Every donation has the capacity to significantly change a child’s life:

For many years, Halloween was the first introduction for Canadians kids to philanthropic giving – through what was first known as Trick or Treat for UNICEF and later, National UNICEF Day.

Halloween even plays an integral part in UNICEF Canada’s founding. In 1950, a Philadelphia family started a Halloween movement by collecting change for UNICEF to help children left vulnerable by World War II. In 1952, word of this new tradition had reached Canada so small communities also began collecting coins on Halloween and sending them to the UNICEF USA fund. This in turn lead to interest in UNICEF having a presence in Canada and in 1955, UNICEF Canada was created and helped Canadians organize on Halloween.