5 ways you can help end violence against girls and women | UNICEF Canada: For Every Child Skip to main content

5 ways you can help end violence against girls and women

When you hear “violence against girls/women” what comes to mind?

Perhaps it’s the most recent kidnapping of Nigerian schoolgirls by Boko Haram militants and the likelihood that they will be forced to marry their captors just like previous victims were.

Or maybe it’s the 120 million girls from every corner of the world who have experienced sexual violence.

Or the harassment and catcalling that you or your sister faced on your way to school?

On their way to school, in classrooms, at homes, in refugee camps and on playgrounds – girls experience harassment and violence.

Statistics on violence against girls

Globally, more than eight out of ten girls experience street harassment before they turn 17. In the United States, more than one in 10 girls is sexually taunted by the time she is 11. Girls with mental disabilities are especially at risk: in Australia, up to 68 per cent have been the victims of sexual assault. 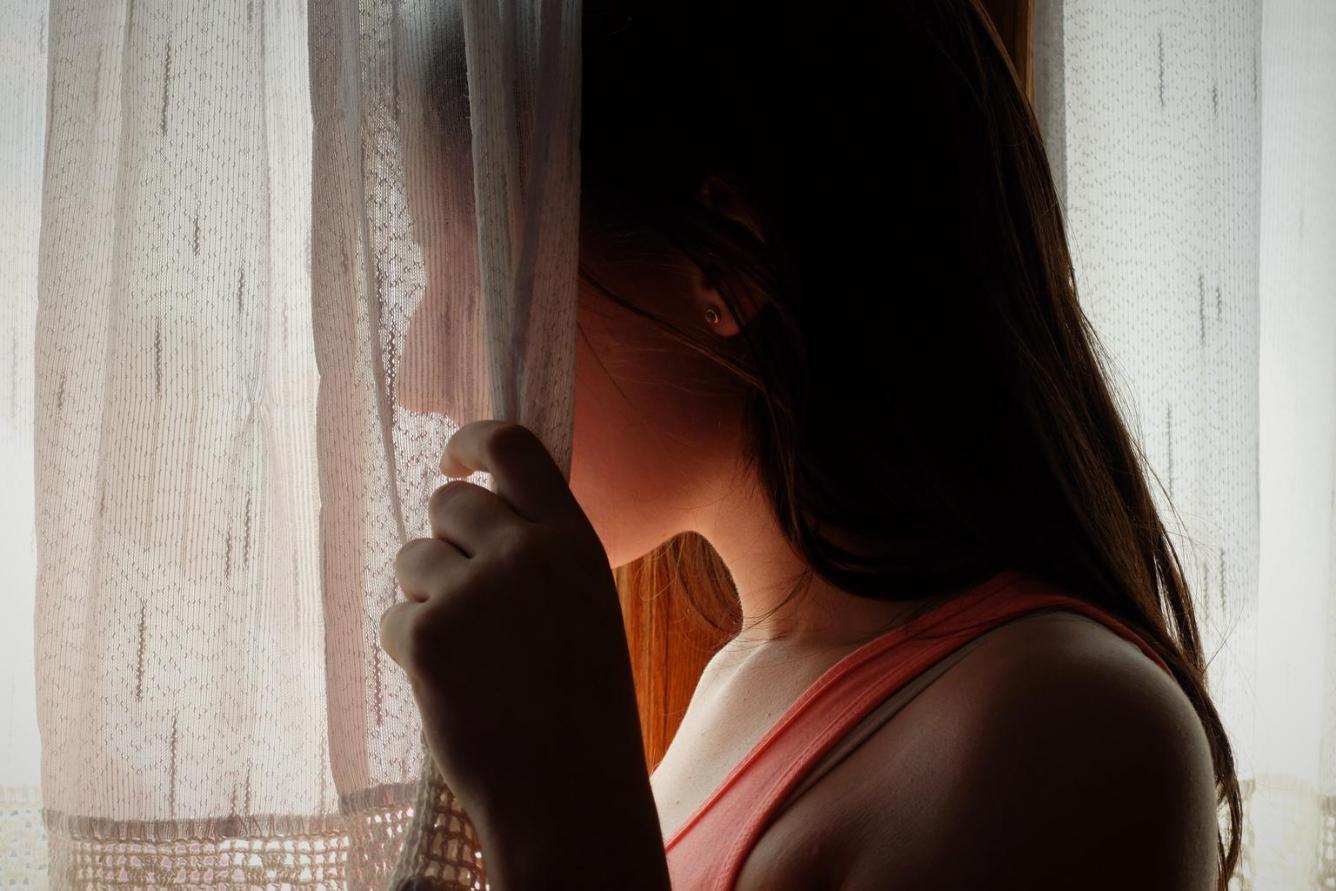 Magu looks out a window of her home. Magu lives in a village of 5.000 inhabitants in the north of Spain with her mother and younger brother. Magu suffered from sexual and physical abuse from her father. After suffering in silence for a long time she finally managed to talk about the abuse two years ago when her teacher noticed something was wrong. Since then she has received support from her school and a psychologist.

The younger a girl is when she marries, the more likely she is to be isolated from her peers making her even more dependent and incredibly vulnerable to physical and sexual violence within her own home.

One in four children under the age of five lives with a mother who is a victim of intimate partner violence. These girls and boys are more likely to continue the cycle of violence as adults, either as victims or abusers.

The consequences of harassment and violence are deep and long-lasting. Girls steer clear of male-dominated fields of study or drop out of school altogether because they feel unsafe. They learn to stay silent and invisible, and the staggering statistics of gender inequality continue. 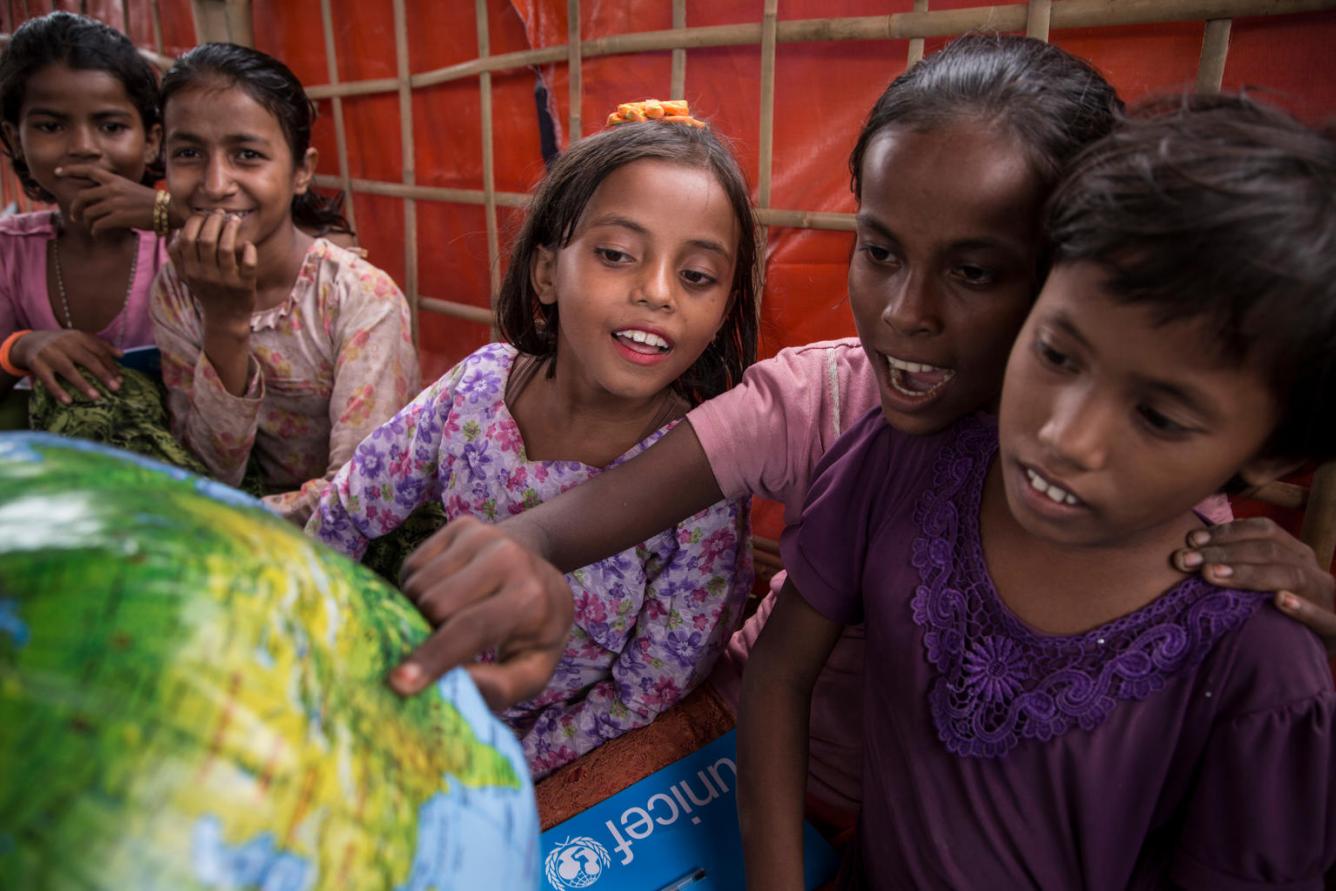 Young female students learn together with this inflatable globe, part of the educational supplies contained in a School-in-a-Box, at a new Transitional Learning Centre in the Uchiprang refugee camp, near Cox’s Bazar, Bangladesh.

Here are five ways you can join the movement to build a world where all girls and women can live free from fear and violence:

1.  Don’t abuse. Violence against girls and women includes bullying, harassment, physical and sexual assault. It happens at home and in public. Be part of the solution, not the problem.

2.  Talk to a girl or boy in your family or community about sexual abuse. Tell them that unwanted contact is never acceptable and that it’s OK to speak up if someone makes them uncomfortable. Point them to digital social networks such as U-Report, where they can join a global community of almost five million to speak out.

3.  Support young activists mobilizing to end violence against girls by sharing their stories with your friends, family and larger networks. Celebrate their accomplishments and help change the conversation. Let people know that this generation of young girls and boys is where the cycle of violence ends.

4.  Join efforts such as Time’s Up. Hold perpetrators accountable for abuse and ensure that girls will be able to live and work in safety when they grow up.

5.  Support survivors and call out sexual violence and harassment when you see it. Abuse keeps happening when people keep quiet about it. We all need to send a clear message that violence against women and girls will not be tolerated.

Donate to support ending violence against girls and women: