Fact: One of the cheapest, easiest and most effective ways to prevent the spread of COVID-19 — among other diseases — is to wash your hands frequently with soap and water.

And the soap part is key.

It's a pretty simple and straightforward directive. Yet a huge chunk of the world's population lacks access to the basic tools needed to follow it.

In Burundi, for example, less than half (46 percent) of the population has access to basic sanitation services and only a sliver (6 percent) can access basic handwashing facilities with soap. For the nearly 65 percent of Burundians who live in poverty, earning less than $1.27 a day, soap is a luxury item. 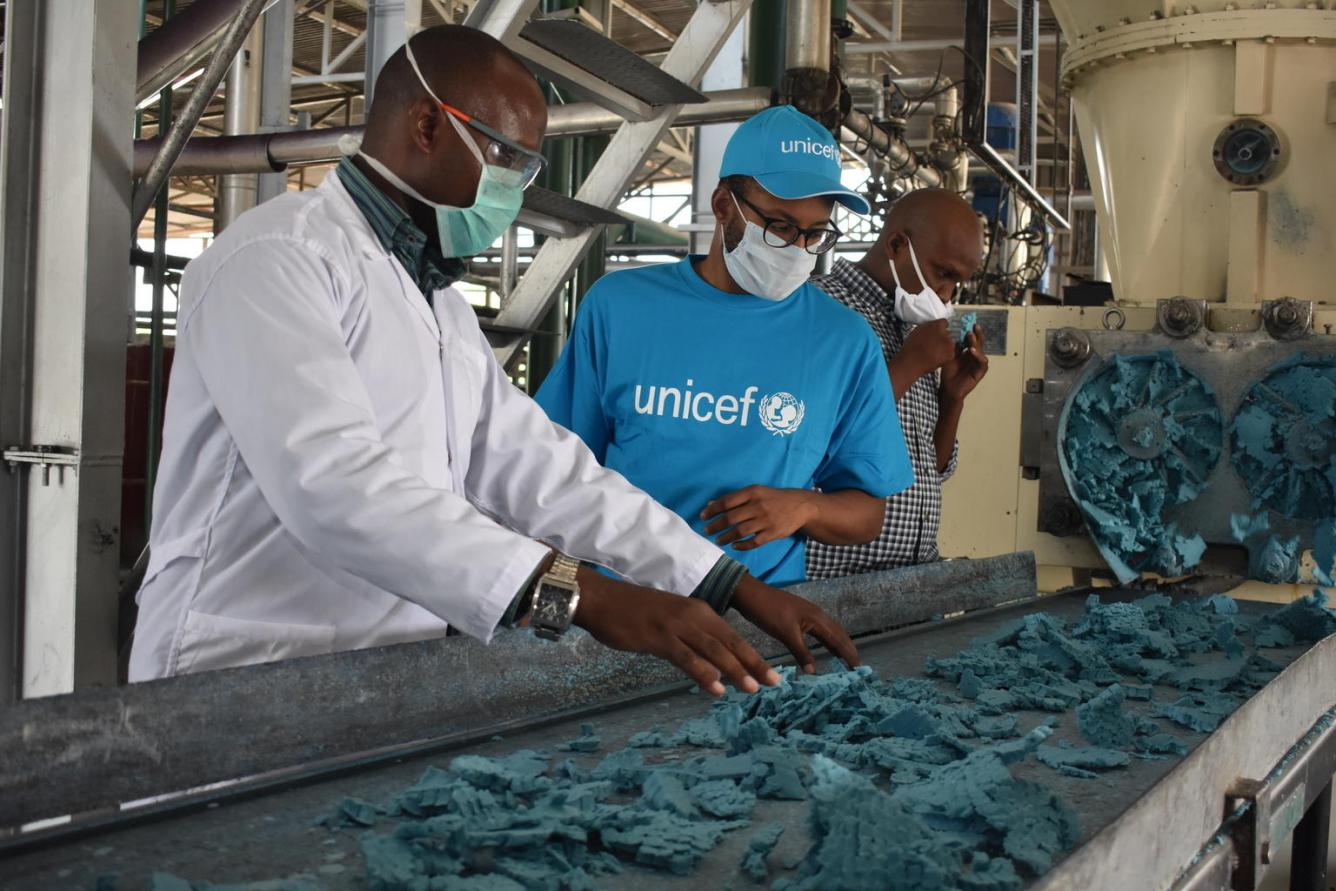 A major component of UNICEF's global COVID-19 response effort is focused on making sure vulnerable populations are better protected against the spread of infection. That means working with local partners to improve water, sanitation and hygiene support and services in countries where the needs are greatest, and the risks highest.

UNICEF Burundi — like dozens of other UNICEF country offices — has been working with local authorities since the beginning of the pandemic to make safe water available and to enable handwashing in health facilities, schools and other public spaces. UNICEF has also been supporting public awareness and information campaigns that emphasize handwashing. So far, the number of reported cases in Burundi has remained relatively low. (As of July 22, 328 reported cases and one death).

Still, with Burundi's high population density and fragile healthcare system, the team knew more needed to be done to strengthen prevention efforts. As Jeremy Hopkins, UNICEF's Representative in Burundi explains, it "didn't make sense" to promote handwashing with soap to prevent COVID-19 if Burundians couldn't afford to buy it.

UNICEF approached soap maker Savonor, a private company based in Bujumbura, and a partnership was formed. Under the agreement, Savonor would produce and distribute a blue soap (called Bururu in Kirundi) and sell it for 150 Fbu, or 8 cents a bar — half the price of its regular soap. UNICEF and other donors (including USAID, the World Bank and the United Nations Central Emergency Response Fund) will subsidize production, and Savonor has agreed to reduce its profit margin.

"In these trying times for the world and the country, we are happy and proud to do our part," said Matthias Kuntze, chairman of Savonor since 1996. It was Kuntze's father who started the company in Burundi in 1970. Today, Savonor has 1,500 employees.

As Hopkins points out, by partnering with Savonor, UNICEF is able to capitalize on existing infrastructure and distribution systems to get the job done. "In the current emergency context, we favored a market approach," he says.

The arrangement, unique in both scope and scale, has turned into a true public-private partnership as the Burundian government has also joined in support, citing the effort as a priority in the COVID fight, Hopkins says. "After a lot of brainstorming and preliminary discussions with Savonor, we came up with the idea. And we had to do quite a lot of out-of-the-box thinking to make it work." 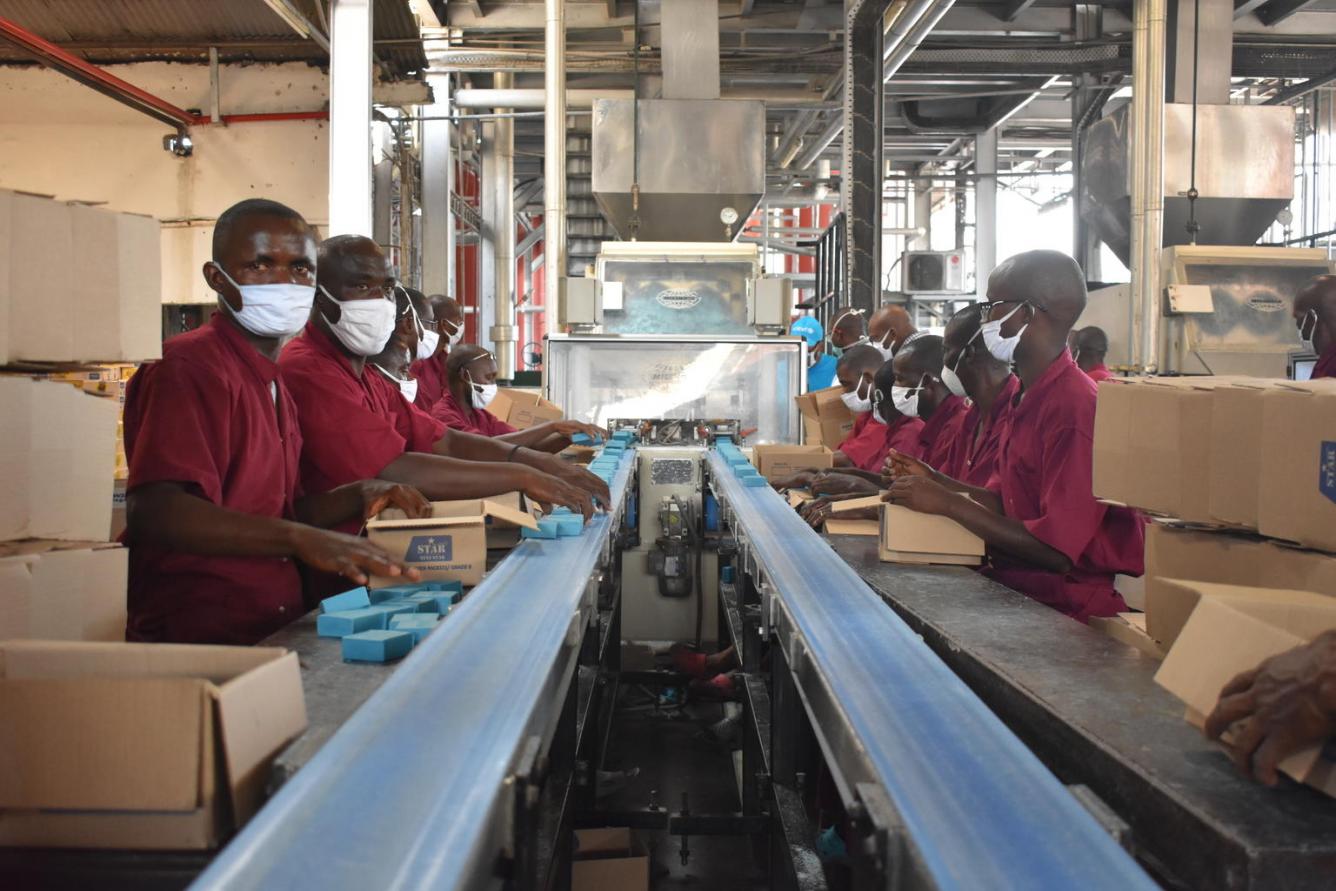 The partners are now busy bringing the blue soap to market nationwide at the new low price, while also working with health officials and community leaders to reinforce messaging around the importance of handwashing. As a first phase, 10 million bars will be made available every month for three months in hopes of reaching the country's entire population of nearly 12 million.

In a related effort, UNICEF Burundi hopes to find ways of minimizing impact on smaller soap making enterprises; to find ways to support artisanal soap producers to ensure they remain competitive. (Savonor controls 85 percent of the soap market in Burundi.) "With our development partners," Hopkins says, "we see an opportunity to lift them up with capacity building and technical assistance in quality control, pricing and marketing."

The potential for longer-term health gains

In addition to assisting in the fight against COVID-19, the Blue Soap Initiative has the potential to result in longer-term gains in overall health and well-being — provided it helps affect lasting changes in hygiene-related behavior. Studies show that teaching communities about handwashing reduces the number of people who get sick with diarrhea by 23 to 40 percent. Diarrheal disease, a leading killer of children under 5 globally, is prevalent among children in Burundi.

In a separate yet parallel effort, UNICEF is also working to support the installation of tippy taps in areas that lack piped water and sanitation systems. (Tippy taps — a great example of a low-tech, low-cost, high impact intervention — use jugs of water rigged to dispense water when activated by a foot pedal.) 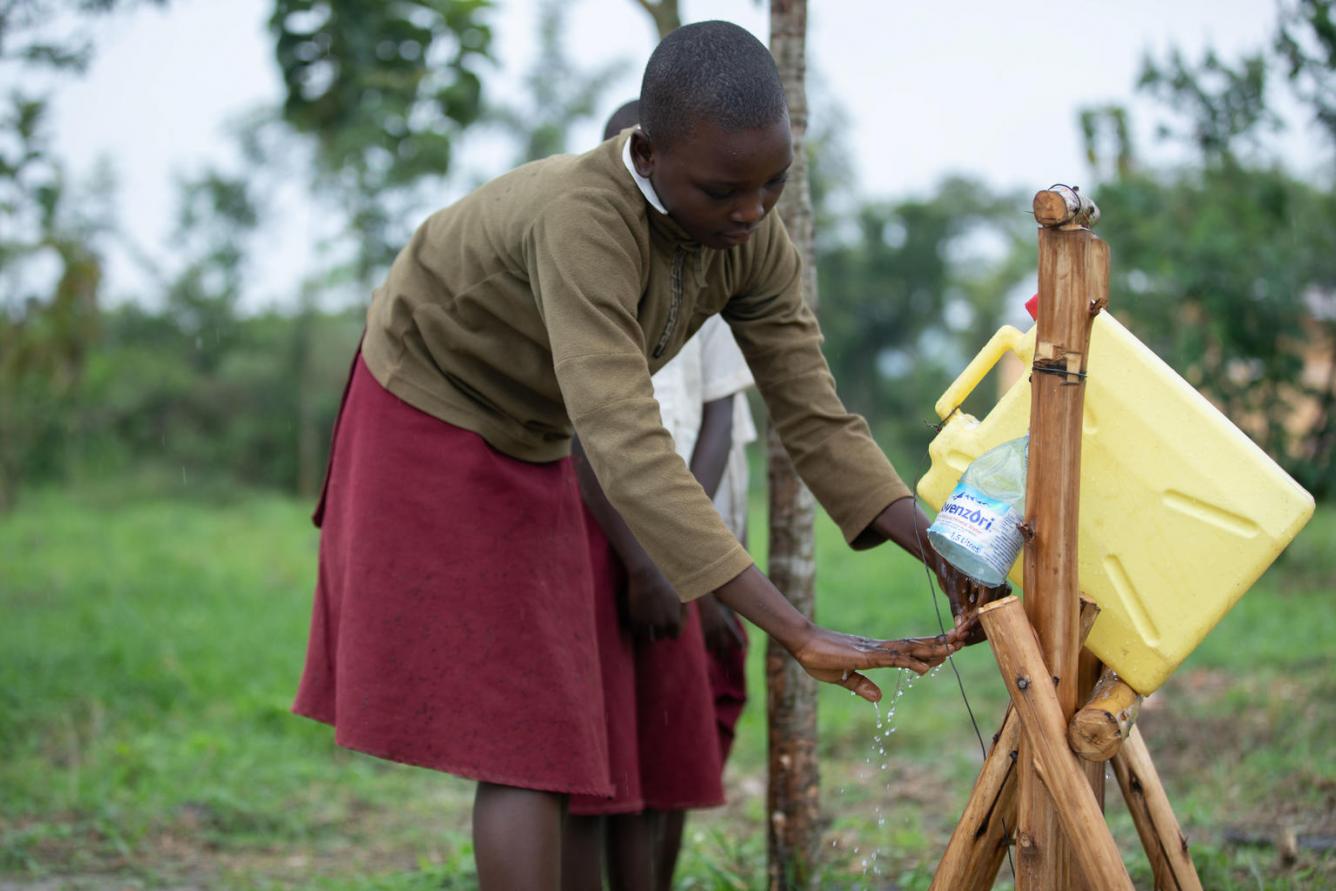 On the partnership front, the Blue Soap Initiative reflects a growing interest within UNICEF at large to collaborate more with the private sector. UNICEF's Latin America and the Caribbean Regional Office is currently exploring opportunities to partner in a large-scale handwashing program focused on schools. The idea is to find ways to leverage private-sector capabilities and distribution channels, and build partnerships with governments to accelerate market-based approaches to install and maintain wall-mounted soaps in schools that predominantly serve the poor and disadvantaged. Only one in five schools in the region have basic handwashing facilities (access to soap and water through a tap connected to a water network or a bucket with a tap).

A test case for partnering with the private sector

As a UNICEF first, there's no question others will be watching how the Blue Soap Initiative unfolds in Burundi. "Several UNICEF country offices have started reaching out to us and are exploring ways of working on similar programs," Hopkins says. The ability for other countries to replicate it, he notes, will depend need, country context and local market dynamics.

It's worth exploring, in any case. "One of the biggest advantages of working with businesses is that they are established and have a good overview of the realities on the ground," Hopkins says. "Businesses also have access and infrastructure (both physical and social) that UNICEF may lack."

At the same time, he adds, "by doing this, UNICEF can also promote children’s rights and influence enterprises to have more family friendly employment policies. If we want to have positive impact on the lives of children and their families, it is imperative to involve all key stakeholders — including the private sector."