Canadian champion for children in Côte d'Ivoire | UNICEF Canada: For Every Child Skip to main content

Guest blog by Sophie Chavanel, Chief of Communications for UNICEF in Côte d'Ivoire.

ABIDJAN, Ivory Coast – My name is Sophie Chavanel and I am the Chief of Communications for UNICEF in Côte d'Ivoire. I was born in Quebec City, and have spent much of my life to date in Montreal and Gatineau, Canada, as well as in Paris, Jakarta and Port-au-Prince. I am a former journalist for Radio-Canada and spokesperson for the Red Cross, whose responsibility is now to protect the rights of every child in Côte d'Ivoire, particularly the most vulnerable and marginalized. I am also the mother of an amazing 5-year-old girl. What motivates me every day in my work is giving every child a voice, regardless of where they live or come from, and no matter their gender, religion or race. 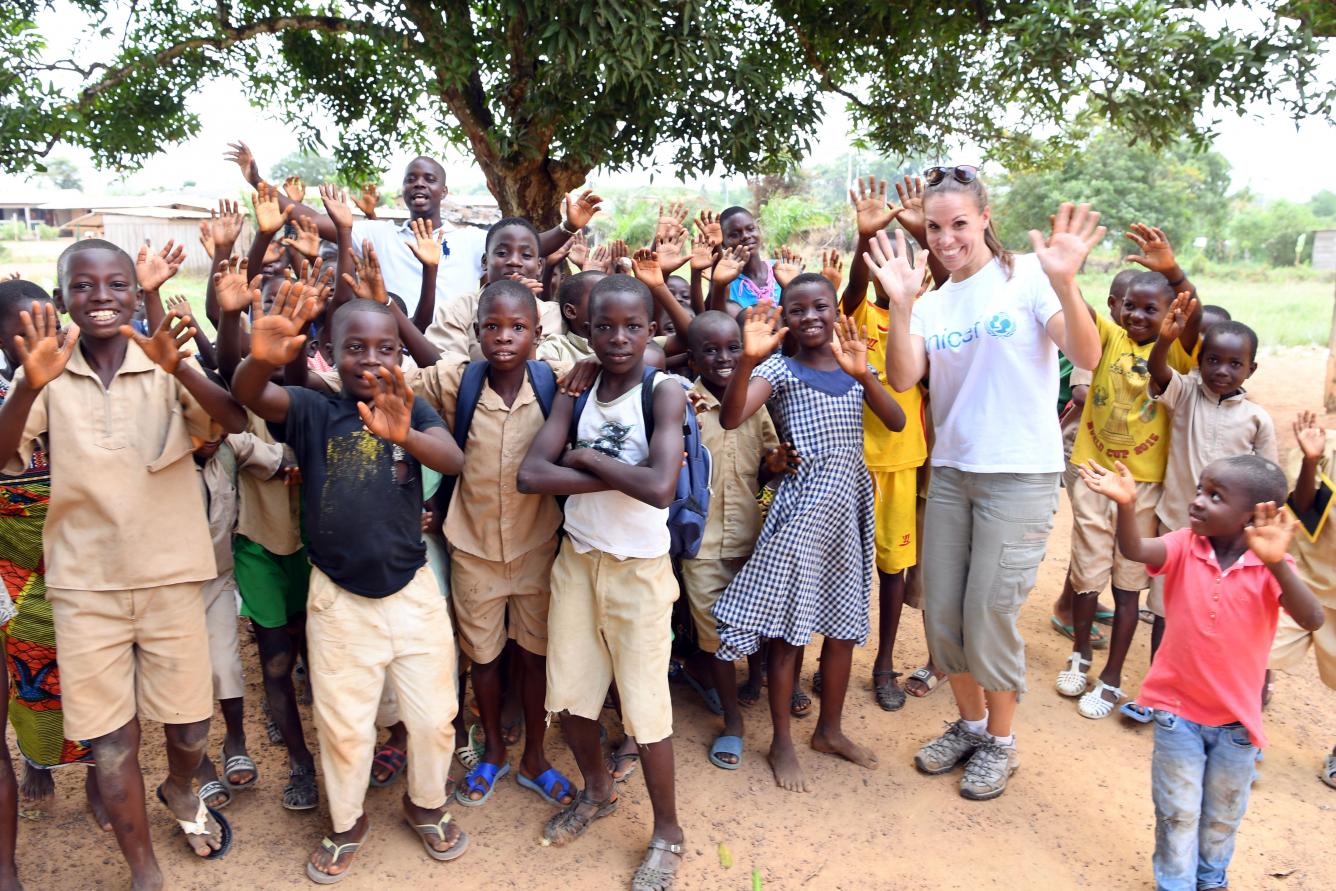 Every day, I work with my colleagues – who support areas such as health, education, water, sanitation and hygiene, social inclusion, and protection of children against violence and exploitation – to give these girls and boys a better life. I have met many children since I first arrived in Côte d'Ivoire, and they all have a story. 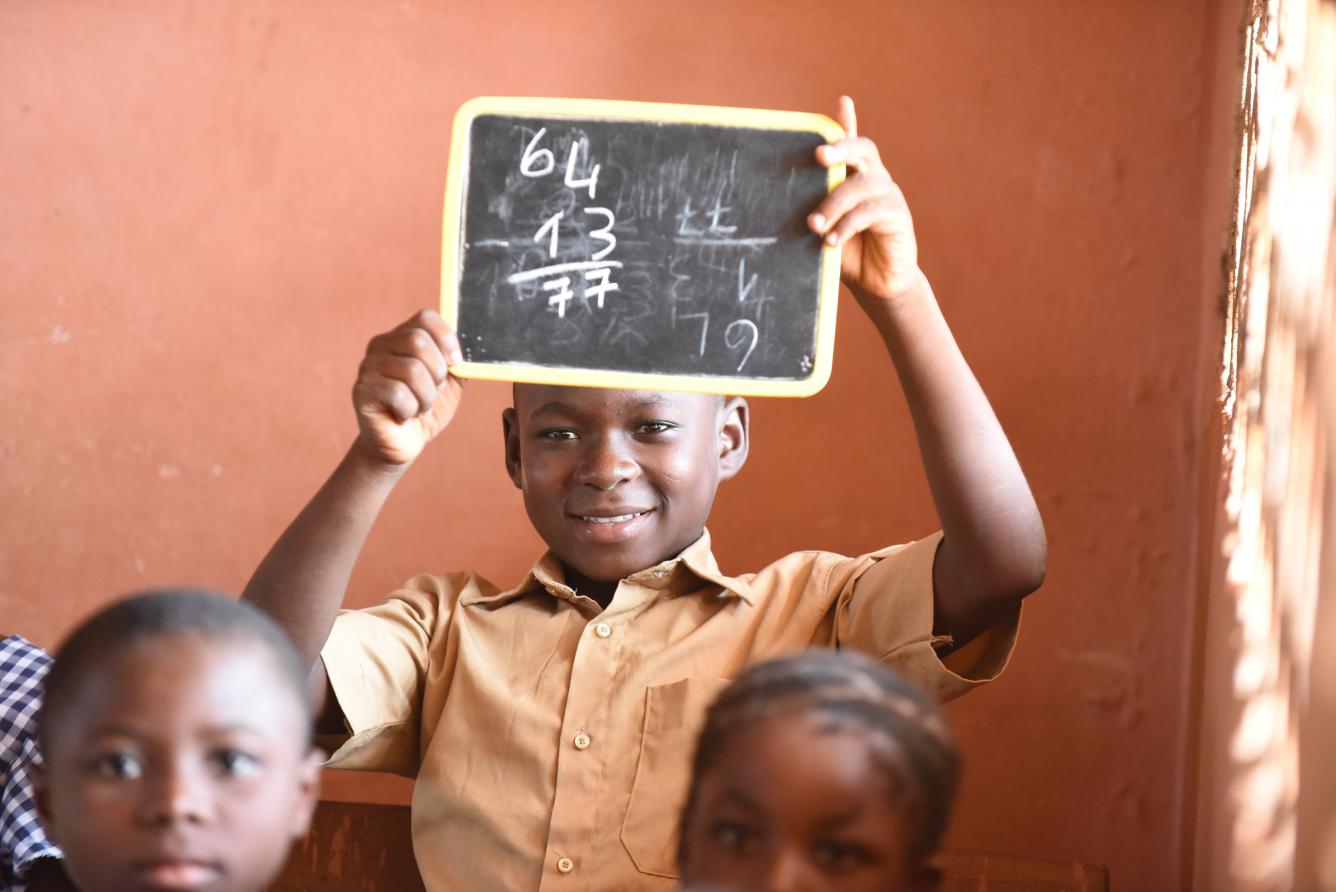 I have met children like Issiaka, 11, who returned to school after two years of having to work, pushing a wheelbarrow for merchants at the local market in San Pédro in southwestern Côte d'Ivoire, where he earned 1,500 CFA francs, or about $3 Canadian, a day. His father, a cocoa farmer, had pulled Issiaka from school, because he could no longer afford it due to a drop in cocoa prices. But after meeting a social worker supported by UNICEF who then put him in touch with a farmers' cooperative, Issiaka's dad came to an agreement with other farmers, enabling him to put his son back in school. 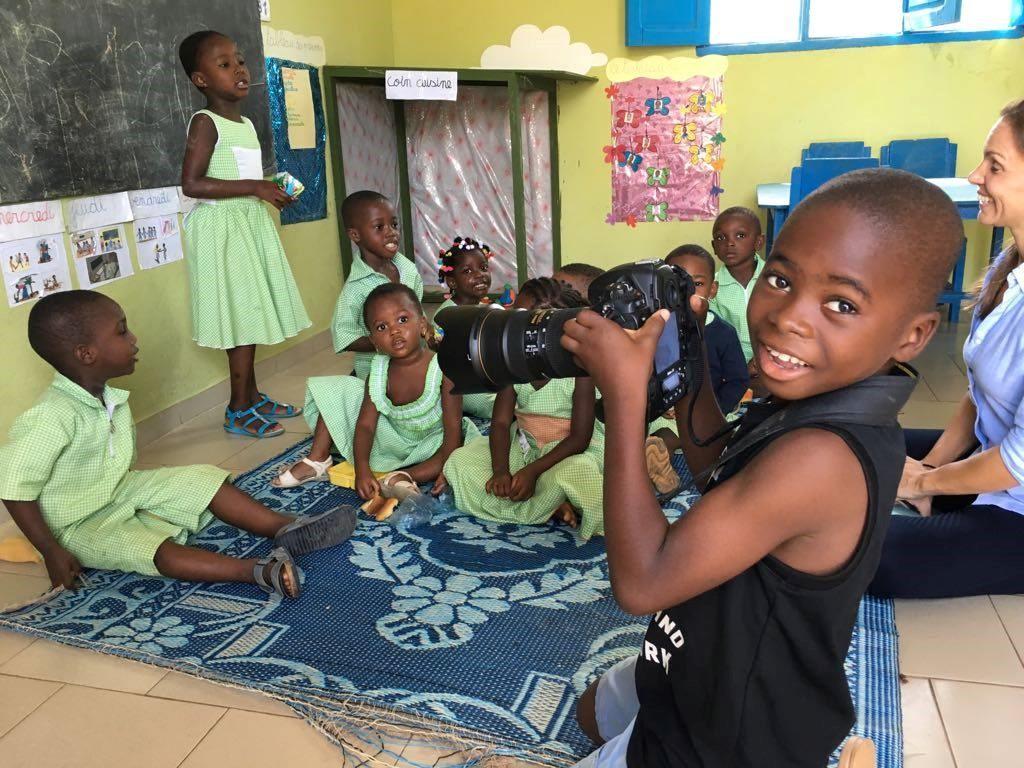 Another story that has stayed with me is the story of Moussa, 9, who dreams of becoming a photographer. His journey, though, has been anything but easy. Moussa ran away from home and was found wandering alone on a beach. A villager took him to social services, who, with UNICEF's support, were able to help the boy. Moussa was one of the lucky ones. Every year in Côte d'Ivoire, too many children are mistreated or abandoned.

Two girls who will change the world 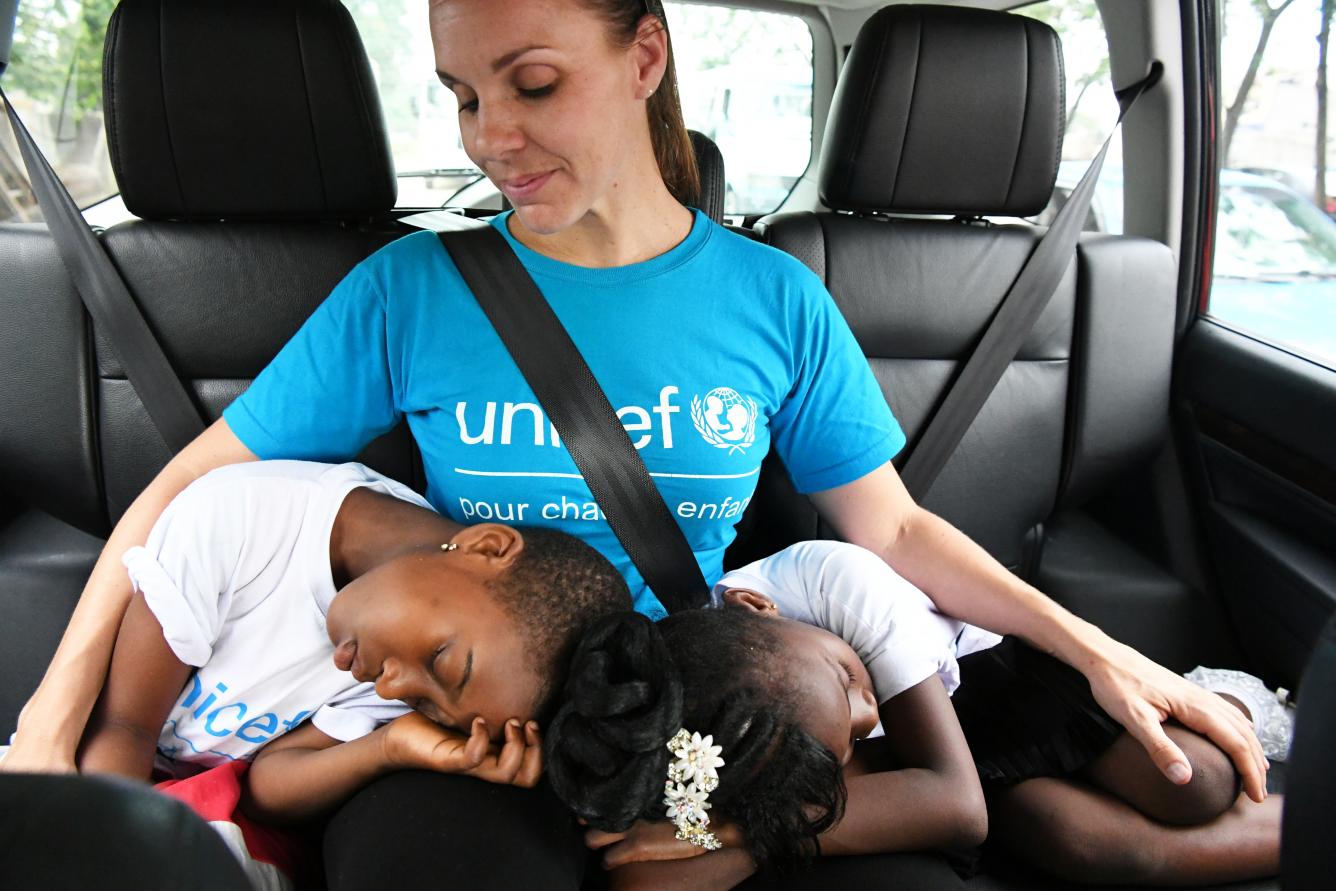 Every year, on November 20, UNICEF celebrates World Children's Day by helping children speak out and tell grownups what they have to say. On this day, children take control of the media, sports, arts and governments, and they make their voices heard. Last year, I drove around Abidjan with two girls aged 6 and 9 who had much more courage and candour than all of us combined. They spoke to the United Nations and government, they took over the radio and schools, they rallied university students, and they reminded the world that they exist and their voices matter. The tiny activists made a difference. Like them, I was exhausted at the end of the day, but so proud of what they had accomplished and filled with hope for their future.

In Côte d'Ivoire, children took over the UNICEF office, the media, schools, MTN mobile offices (a telecommunications company), Cinema Majestic, different blogs and web magazines. They told adults what kind of education they wanted for their future. 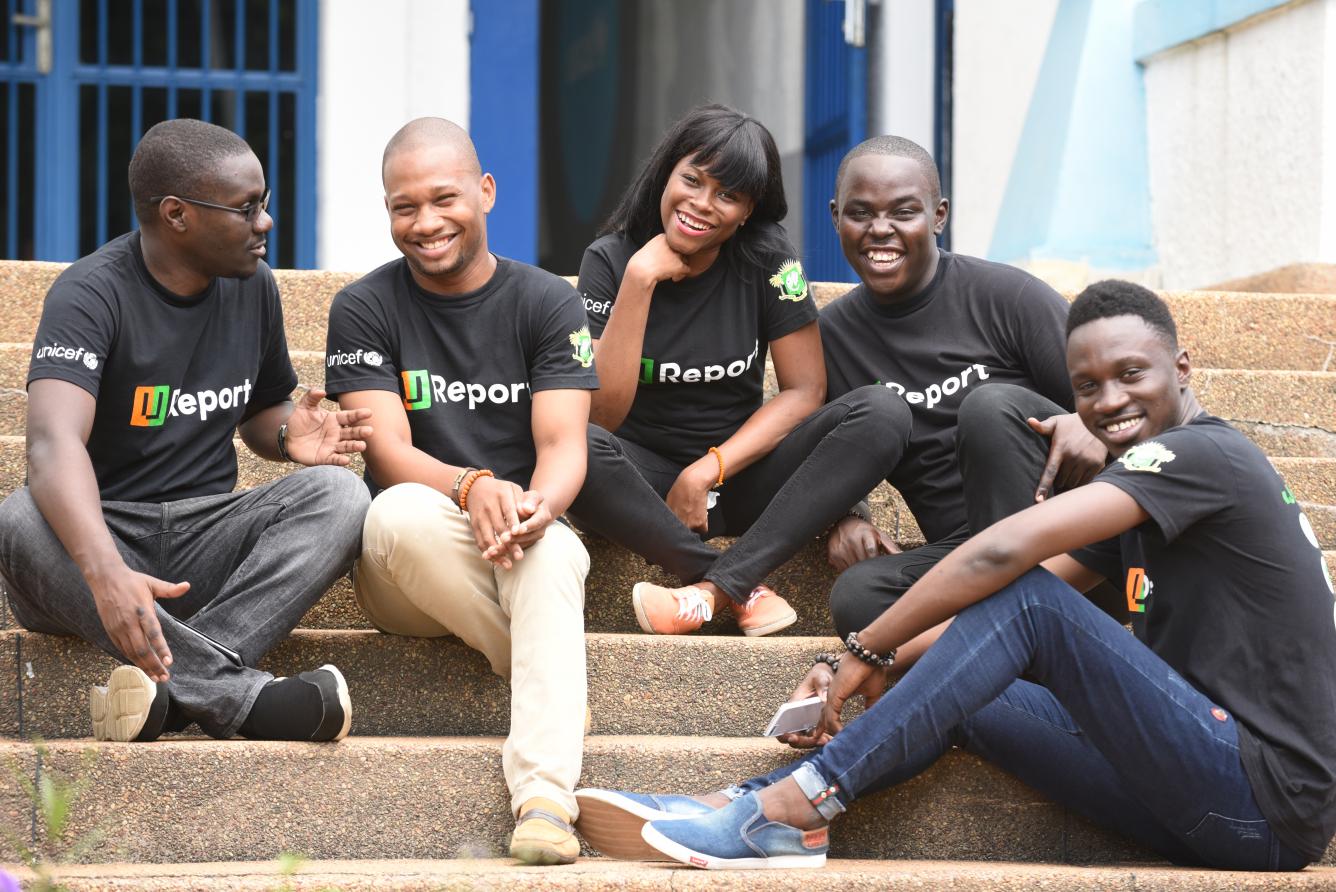 Since I arrived in Côte d'Ivoire, one of the things that has struck me the most is the dynamism of its youth. In Côte d'Ivoire, 75% of the population is under 25 and I believe the youth are the country's greatest resource. I have had the good fortune to work with talented young people filled with energy who, in a very short time, were able to create a youth movement that leads initiatives for a positive change in the community.

U-Report is a platform developed by UNICEF, and which launched in Côte d'Ivoire in January 2017, to enable young people to express their views on the social issues they face, to propose solutions and ultimately to encourage positive change in their community as a platform for young people to raise their voices, concerns and solutions. U-Report users, called U-Reporters, can share, receive and provide feedback on content such as polls and surveys on topics that matter to them.

For every child, a voice.