It hurts but it works! | UNICEF Canada: For Every Child Skip to main content

It hurts but it works!

Immunization saves up to 3 million lives each year.

Vaccines protect children against disease and death, saving up to three million lives a year. Despite the benefits, millions of young children around the world are missing out. UNICEF envisions a world where no child dies from a preventable cause and all children reach their full potential. That is why UNICEF is on the ground in 190 countries, immunizing millions of children every year.

Offering a UNICEF Survival Gift is a great way to ensure childre are protected against deadly diseases and have a chance to grow up. 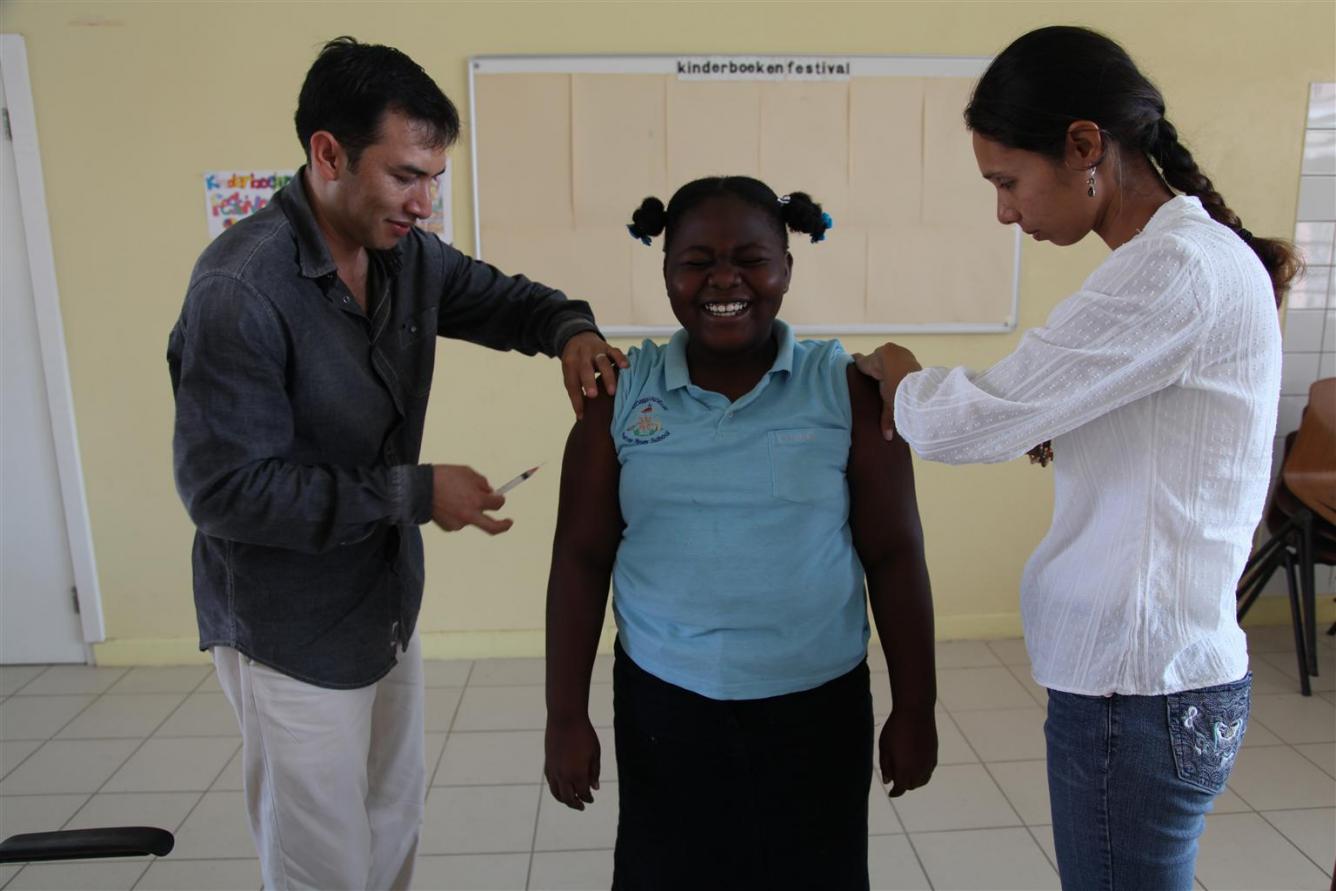 A girl is vaccinated in Oranjestad, Aruba.

Aruba (Kingdom of the Netherlands), 2011: Between 2000 and 2016, UNICEF worked with governments and partners to vaccinate more than 1.9 billion children around the world. Coverage is very high in Aruba, thanks to its universal health care programme. 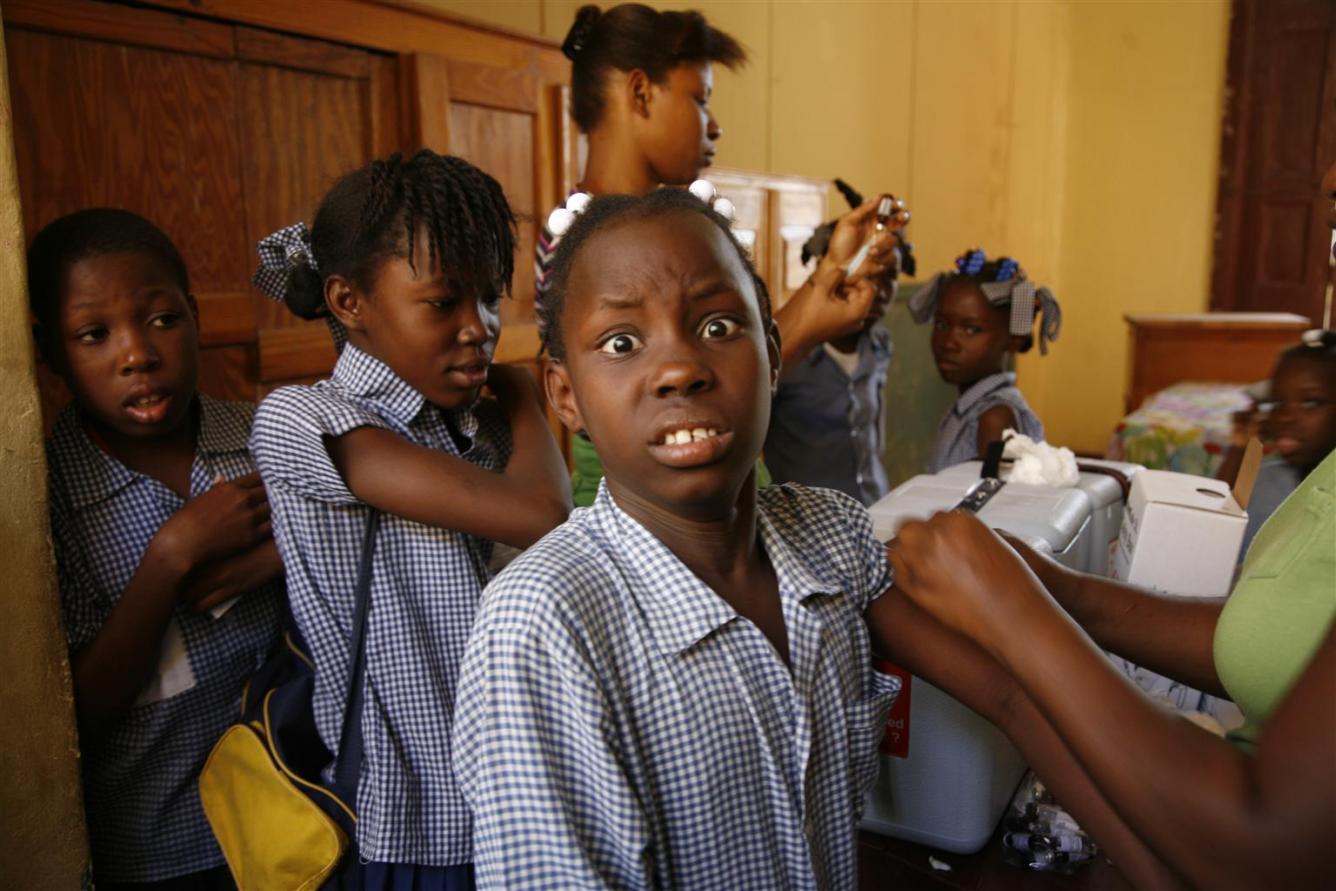 A schoolgirl is immunized in Port-au-Prince, Haiti during a nationwide vaccination campaign.

Haiti, 2007: Still, 19.5 million infants a year are not fully immunized, remaining vulnerable to illness, disability or death from vaccine-preventable diseases. 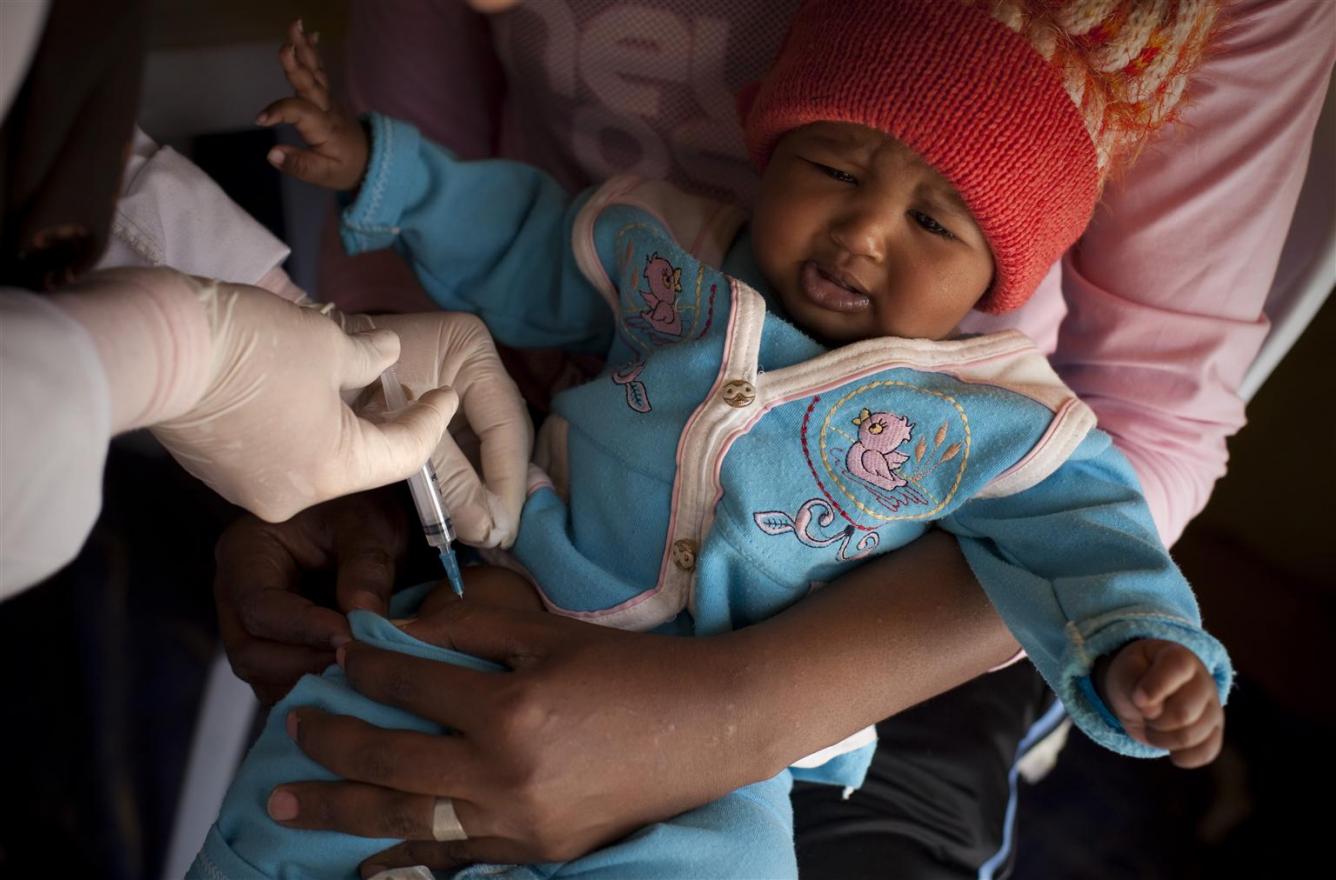 An infant is vaccinated in a transit camp for third-country nationals fleeing the civil war in Libya, at the Ras Jedir border post.

Tunisia, 2011: Immunization in the midst of conflict and displacement is even more critical. 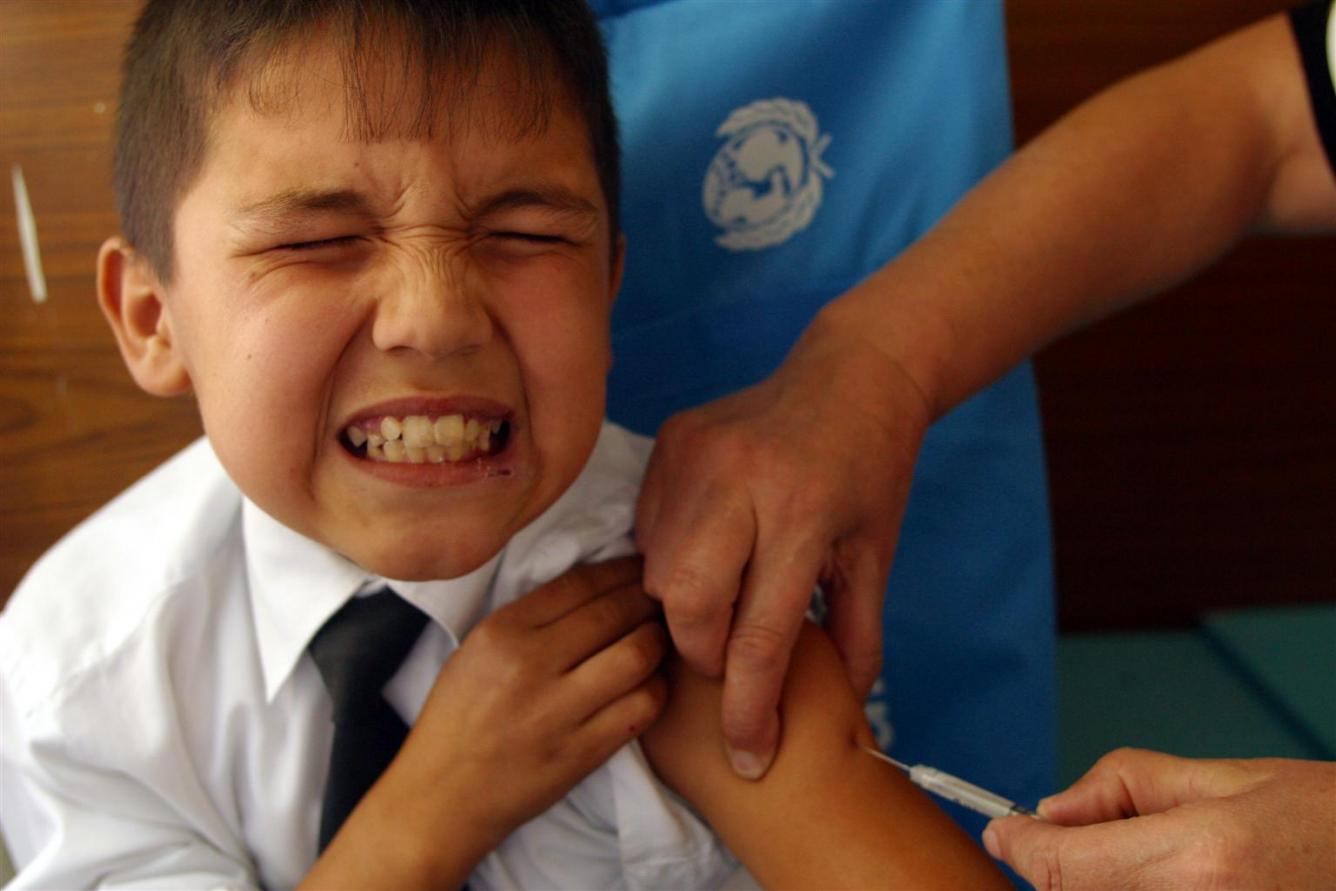 Tajikistan, 2004: In 2016, one-fourth of all deaths among children under five were due to pneumonia, measles and diarrhoea. Most of these deaths could have been prevented by vaccination. 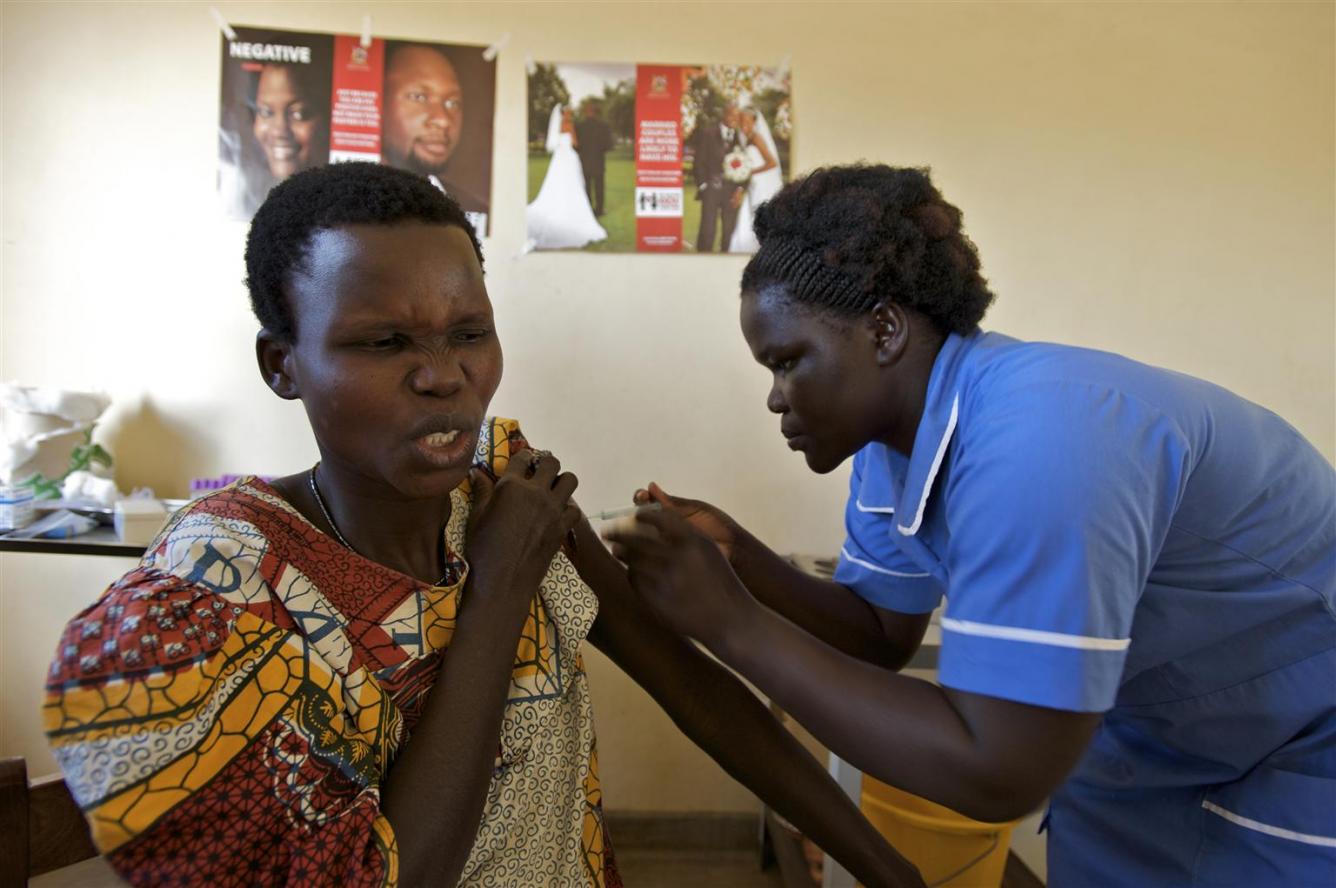 At a maternal and child health unit in Pazongo, a woman winces as she receives a tetanus vaccine.

Uganda, 2010: Vaccination acts as a shield, keeping families and communities safe. By vaccinating our children and ourselves, we are also protecting the most vulnerable, including newborn babies. 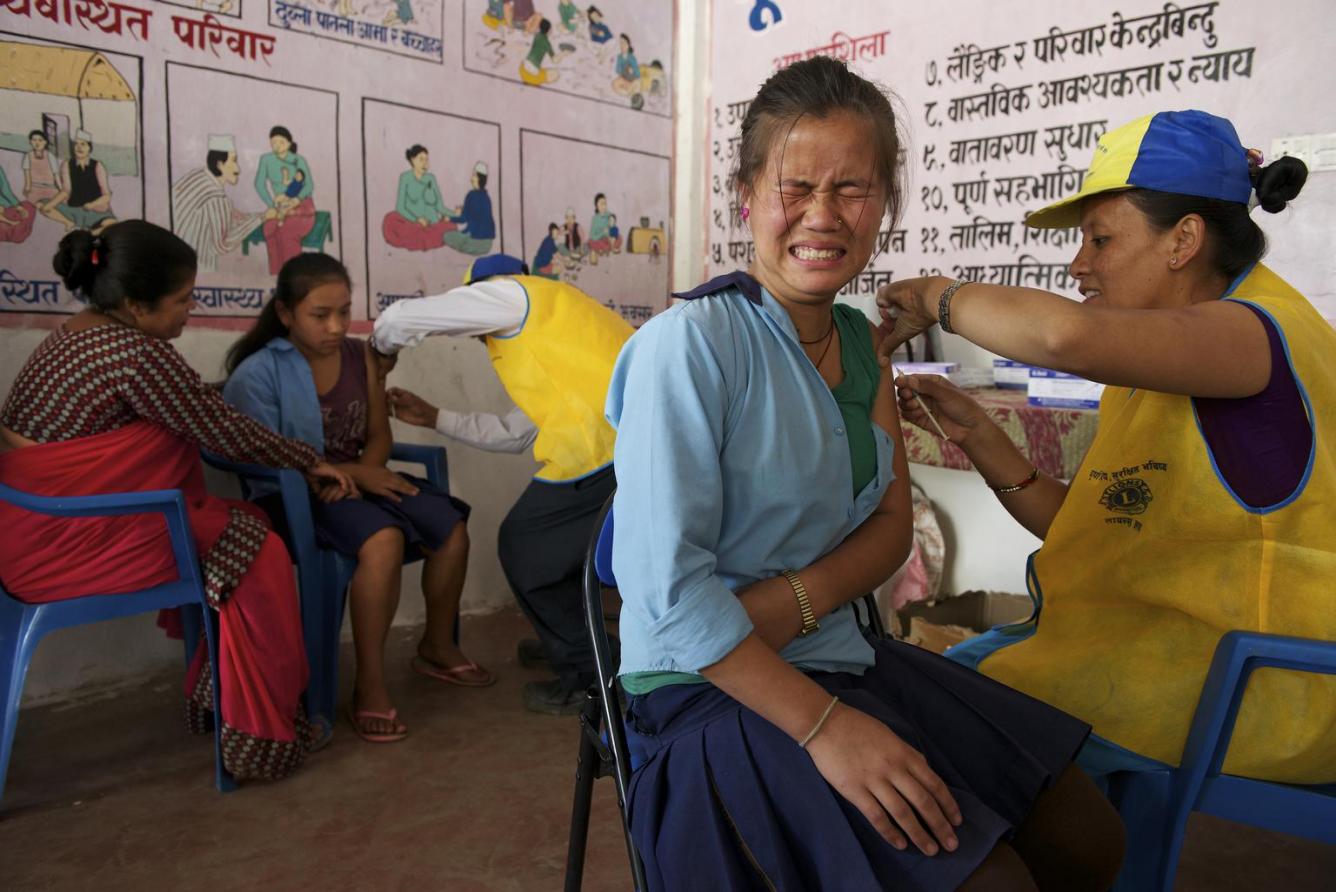 A schoolgirl is administered a measles-rubella vaccine at an immunization site in Ghermu Village. 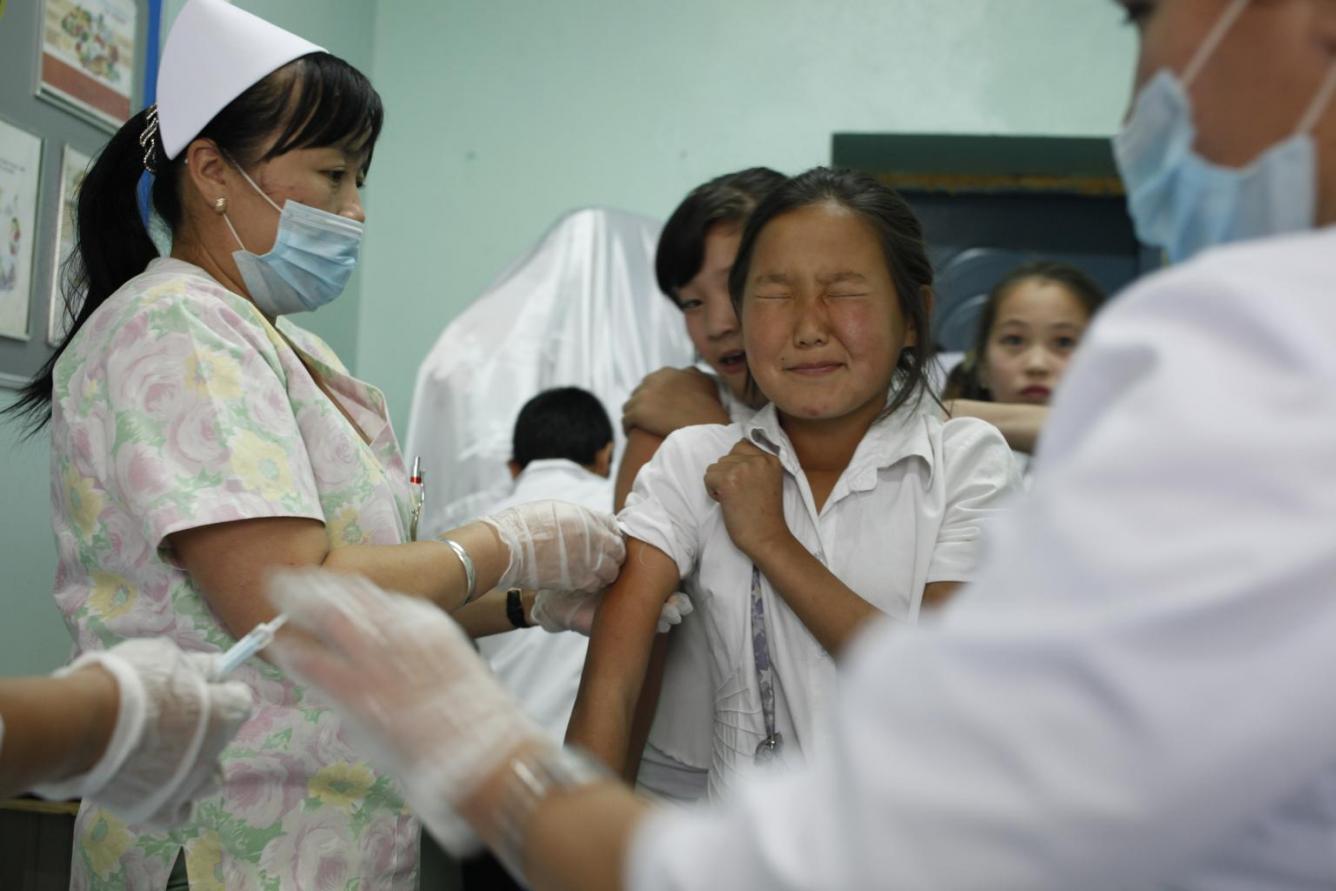 A girl winces while a health worker vaccinates her against measles and rubella at a school in Ulaanbaatar.

Mongolia, 2012: By extending basic health services like routine immunization to the most vulnerable and disadvantaged, millions of lives can be saved. 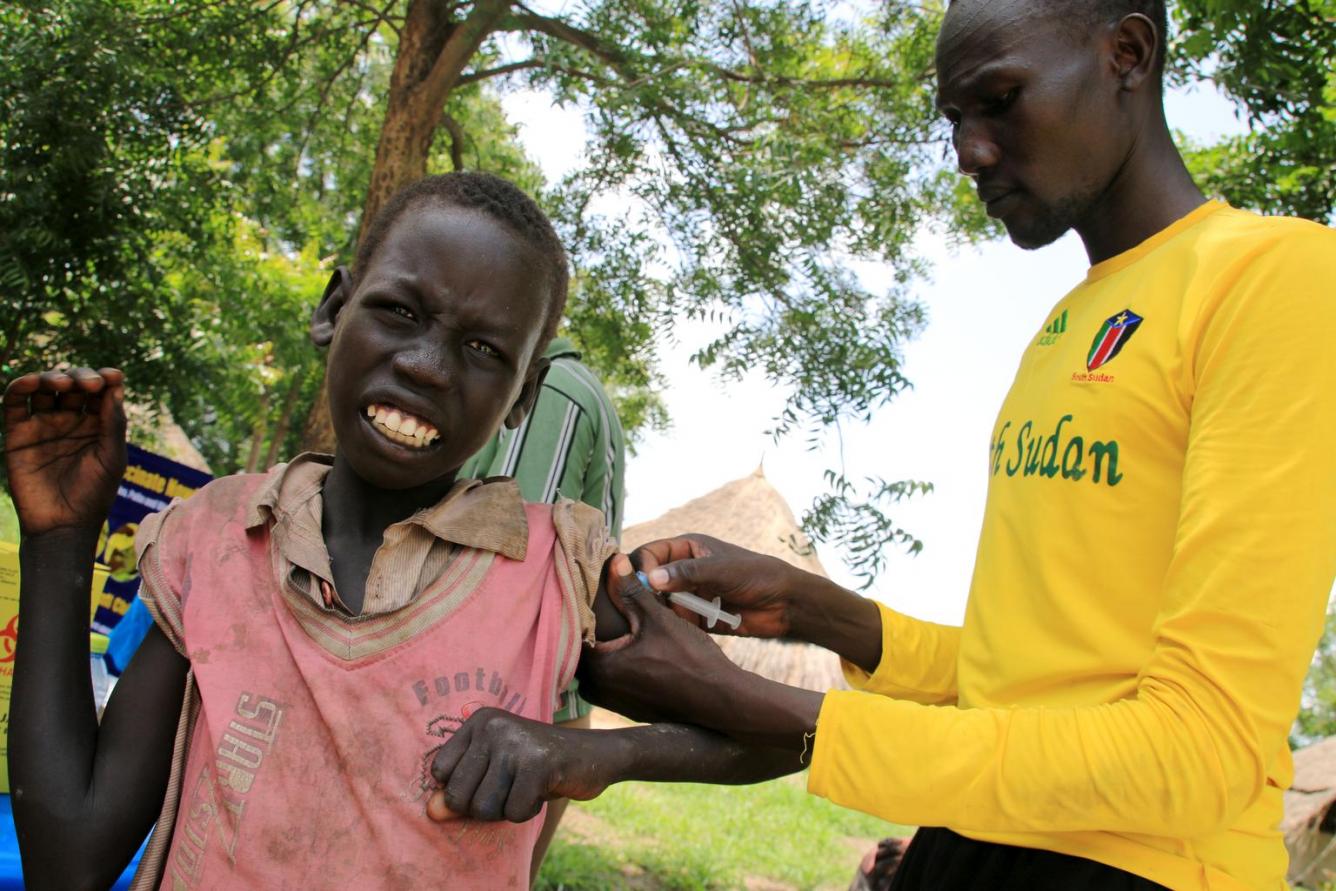 In the town of Kiech Kon, Upper Nile State, a health worker administers a vaccination to a boy.

South Sudan, 2014: Children living in conflict areas are the most vulnerable to diseases outbreaks. 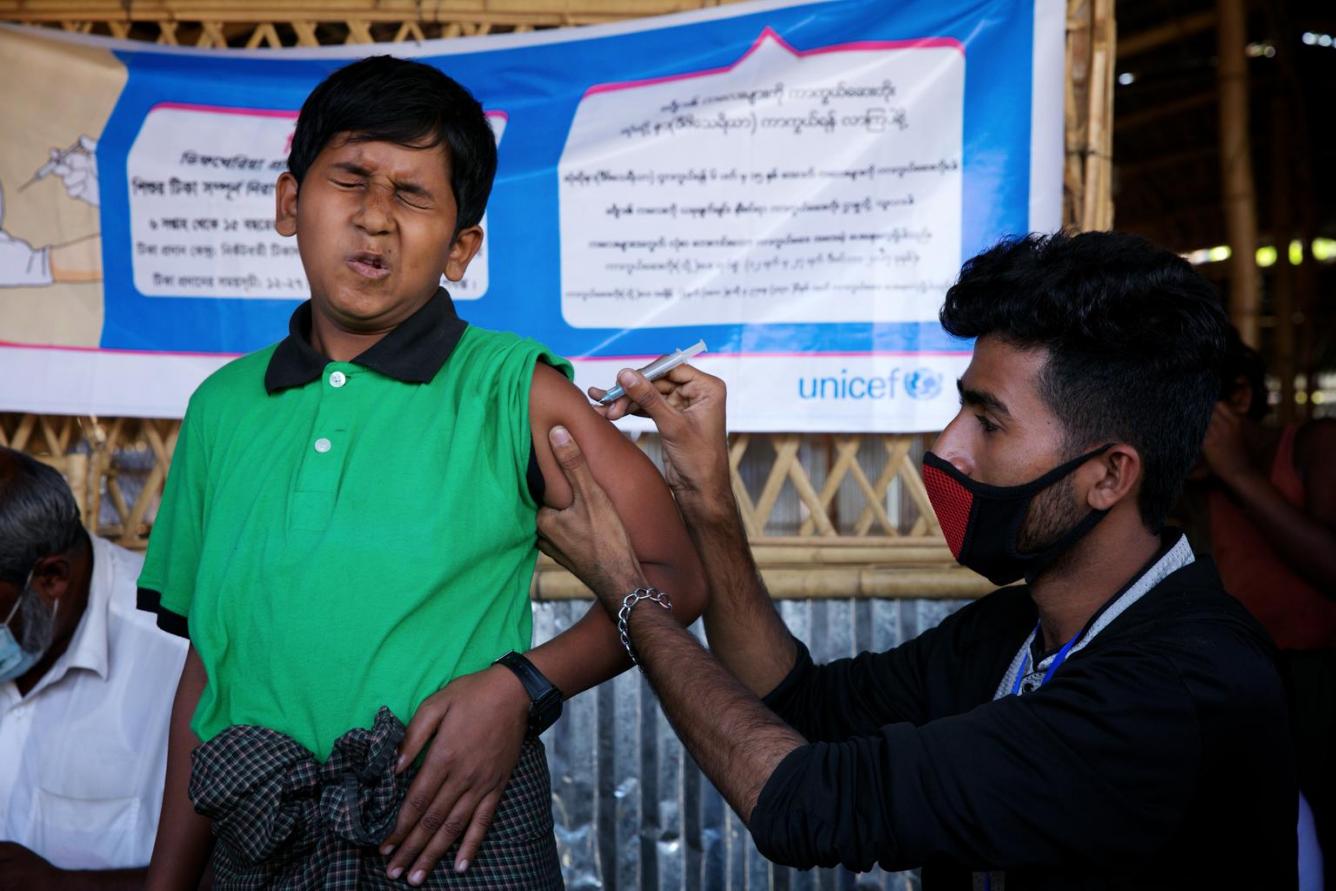 At a makeshift settlement for Rohingya refugees in Cox’s Bazar district, a child grimaces as he is administered a vaccine for diphtheria.

Bangladesh, 2017: The cost of a vaccine, often less than US $1, pales in comparison to the cost of treating a sick child or fighting a disease outbreak.