The Heaviest Price: 10 Years of Conflict in Syria | UNICEF Canada: For Every Child Skip to main content

The Heaviest Price: 10 Years of Conflict in Syria

After a decade of conflict, children in Syria continue to pay the heaviest price for a war they have no part in. Schools closed, homes destroyed, malnutrition and other health issues on the rise. And for many, COVID-19 has only further affected already harsh situations.

To help you understand more about the conflict in Syria, we are answering the tough questions about what is happening, what UNICEF is doing to support children and how you can help.

What is the Syrian conflict?

The Syrian conflict – also referred to as the Syrian Civil War – is an ongoing multi-sided conflict between the Ba'athist Syrian Arab Republic led by Syrian president Bashar al-Assad, along with allies, both domestic and foreign, and various domestic and foreign forces who oppose the Ba'athist Syrian government and each other in varying combinations.

The conflict, which began on March 15, 2011 – as part of the larger 2011 Arab Spring protests – grew out of unhappiness with the Syrian government and escalated to an armed conflict after protests calling for Assad's removal were violently suppressed. 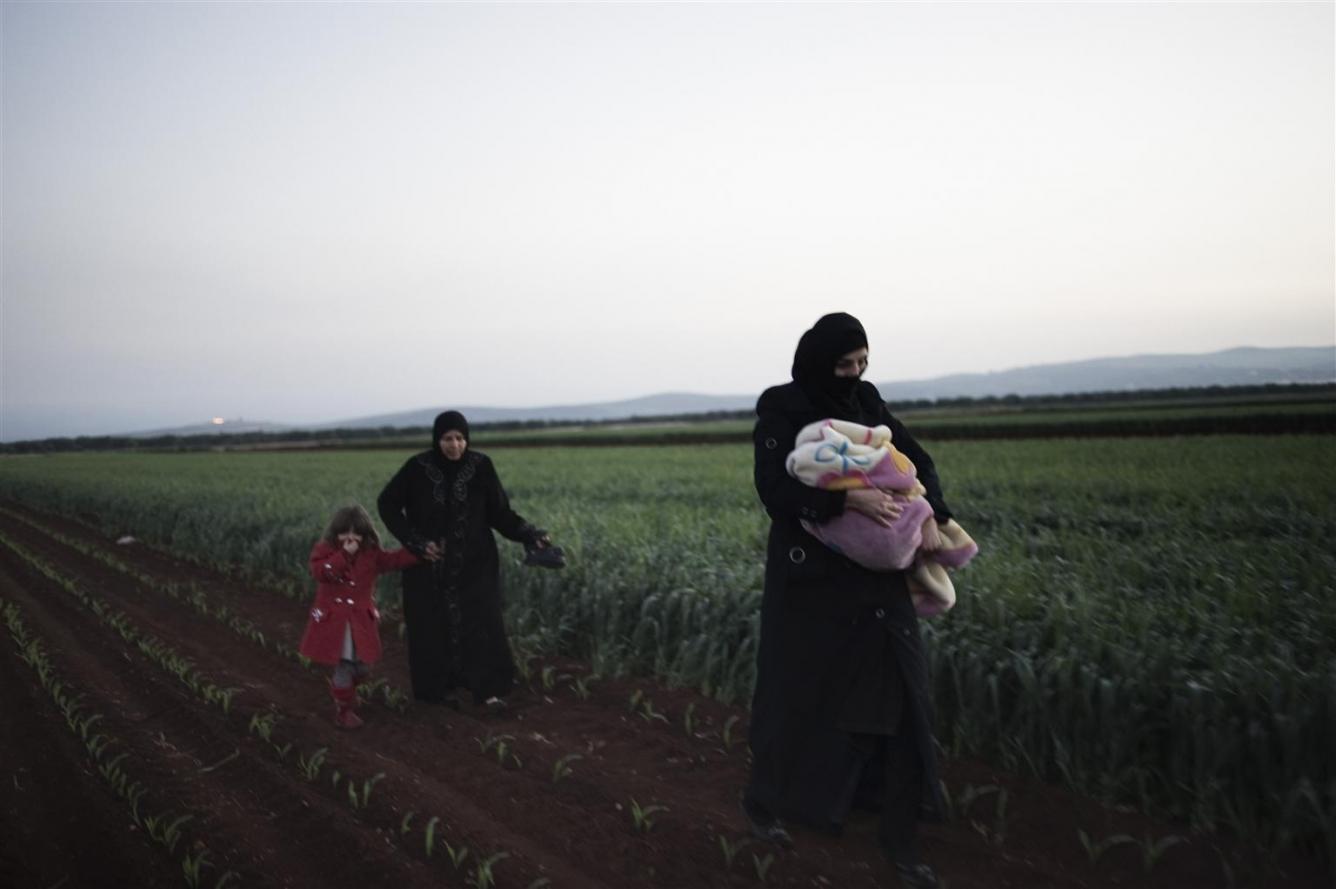 2012 - Children and women walk through a ploughed field during an attempt to cross the country’s border to take refuge in neighbouring Turkey. [© UNICEF/UN0394/Romenzi]

What does 10 years of conflict mean for Syria?

A decade of humanitarian crisis and hostilities has had a profound impact on the situation of children in Syria, across the region and beyond. The violence, displacement, severed family ties and lack of access to vital services - caused by massive physical devastation - have affected every Syrian child.

The risks of malnutrition and food insecurity after years of conflict have been exacerbated by the COVID-19 pandemic, which has also caused significant disruption to education due to measures put in place to prevent the spread of the coronavirus. 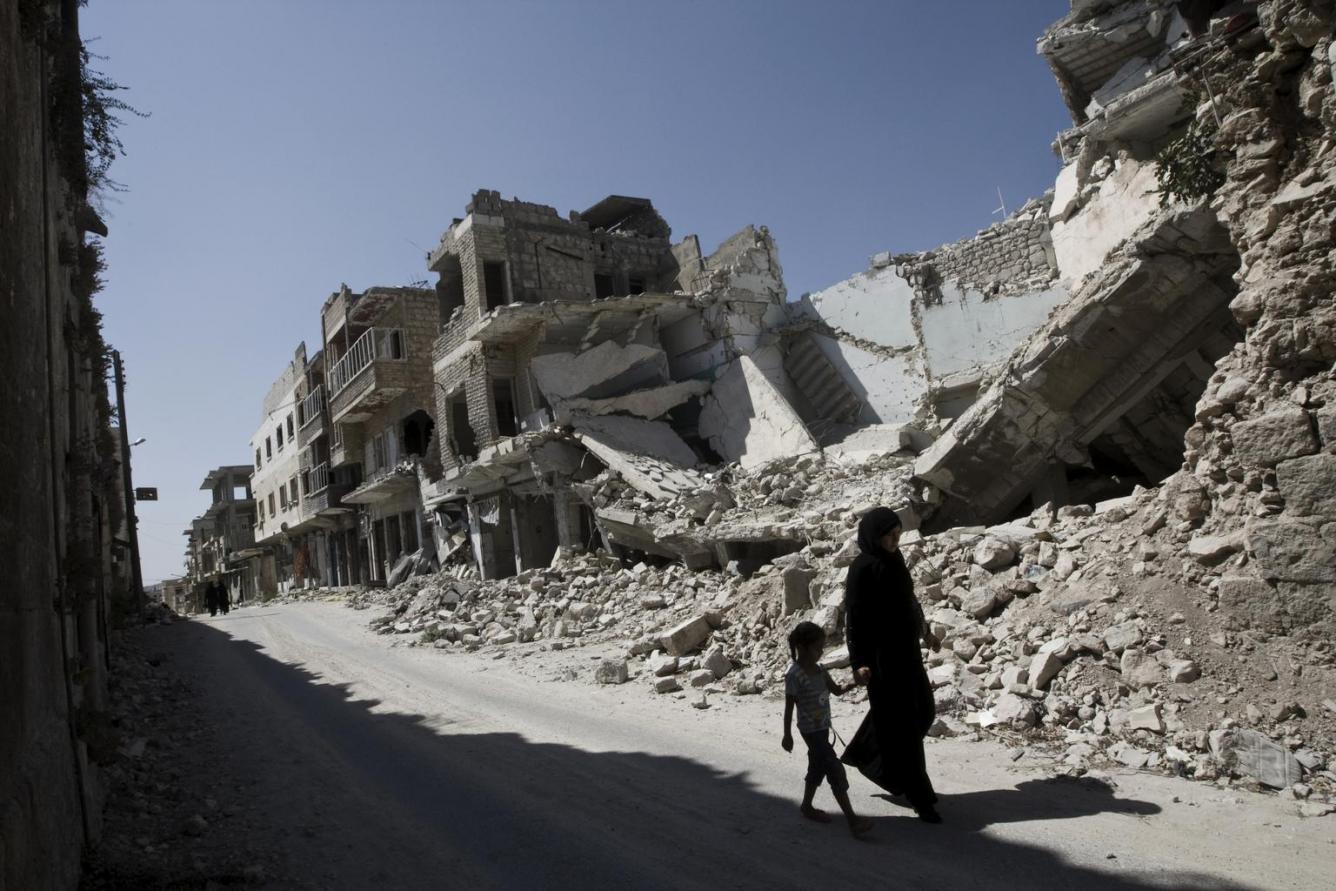 2013 - A woman and young girl walk past destroyed buildings in the city of Maarat al-Numaan, Idlib Governorate. [© UNICEF/UN01255/Diffidenti]

How have children been affected?

The education system, meanwhile, is overstretched, underfunded, and fragmented. By early 2021, one in three schools inside Syria could no longer be used because they were destroyed, damaged or are being used for military purposes. Children who are able to attend school often learn in overcrowded classrooms and in buildings with insufficient water and sanitation facilities, electricity, heating or ventilation. 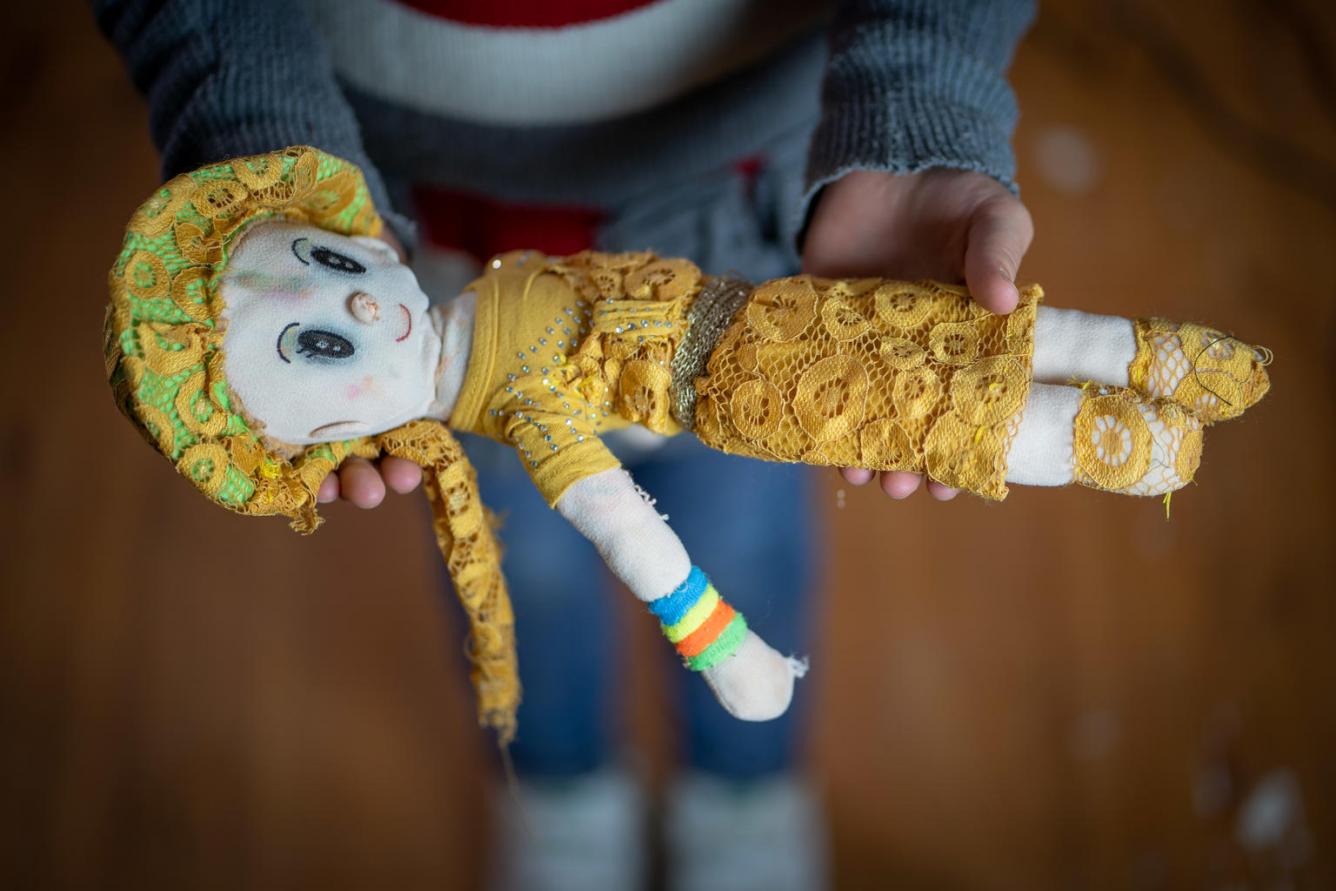 What is UNICEF doing to help children?

UNICEF and partners are on the ground in Syria and across the region working to protect children, to help them cope with the impact of conflict and to resume their childhoods. This includes improving access to education and psychosocial support services to help children and caregivers to recover from trauma and to restore a sense of normalcy.

UNICEF delivers critical humanitarian assistance, such as vaccines and other health and nutrition items across the country, including accessing hard-to-reach areas. Meanwhile, UNICEF and partners are improving school facilities, training teachers and repairing water and sanitation facilities. 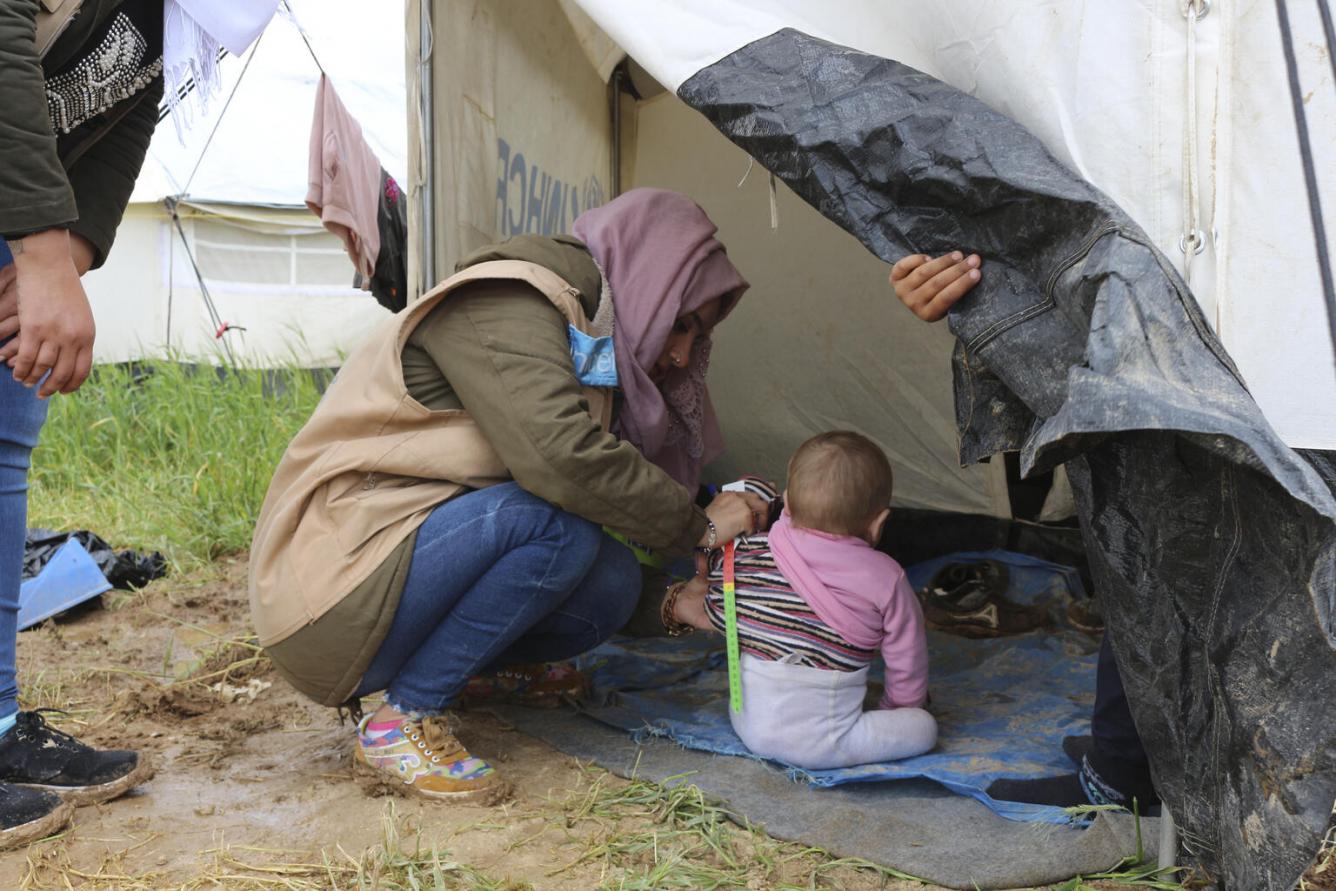 2019 - Khalat, 24, is one of the UNICEF-supported volunteers screening children for malnutrition at Al-Hol refugee camp. “I’m proud of what we’re doing here as we’ve seen firsthand the bad condition of children and women arriving after days on the road,” she says. [© UNICEF/UN0398371/Hasen]

The crisis in Syria has cast a dark shadow over children’s childhoods. However, there is still a chance to bring light back. With assistance from partners like the Government of Canada, in 2020, UNICEF:

Bring light to children in Syria, after so long in the dark. Donate today >>