Yuliia and her three children were filled with fear and panic.

It all began with shelling in their home city of Kharkiv in Ukraine, which forced them to spend their nights sheltering in the basement of their home and a subway station.

In the cold and dark, all that Yuliia, her one-year-old daughter Lisa, 10-year-old son Mykhailo and 12-year-old son Tymofii could do was hope and pray that the walls would protect them from the deadly explosions outside.

“It was cold and dirty,” says Yuliia, sadly. “The children slept fully dressed.”

Eventually, air strikes forced the family to flee for their lives. Yuliia had just enough time to grab their travel documents and some baby food.

“When the planes started flying above our heads, it was very scary,” she says. “The children were horrified.”

The boys, in particular, are still haunted by their panic-filled journey to the western city of Lviv.

“There were no seats left on the train. The children were just sitting on the bags at the end of the carriage. And outside the window was explosions and smoke. They were very scared.”

The family found temporary shelter at a care center in Lviv, where those who have fled the horrors of the war can receive food, shelter and a kindergarten for children. Upon their arrival, UNICEF was on hand to help the family with clothes.

“All we had are the documents and clothes that we wore when leaving,” says Yuliia, as she watches the children play. “But it’s comfortable here. And most importantly, it’s quiet.”

To meet the clothing needs of thousands of families, UNICEF staff have delivered 30 tons of clothing, blankets and hygiene items to centers across Ukraine.

“Today, UNICEF delivered warm clothes for young children, because many families left the regions of the country where the fighting is taking place, having only taken the things that they could carry in their hands,” said a UNICEF child protection specialist.

Thanks to the generosity of donors, families like Yuliia’s can now find much-needed winter clothing.

“After going outside, I couldn’t change the children’s clothes because I didn’t have anything,” says Yuliia, putting a knitted pink hat on her daughter’s head. “And now I have jackets, pants and everything I need.” 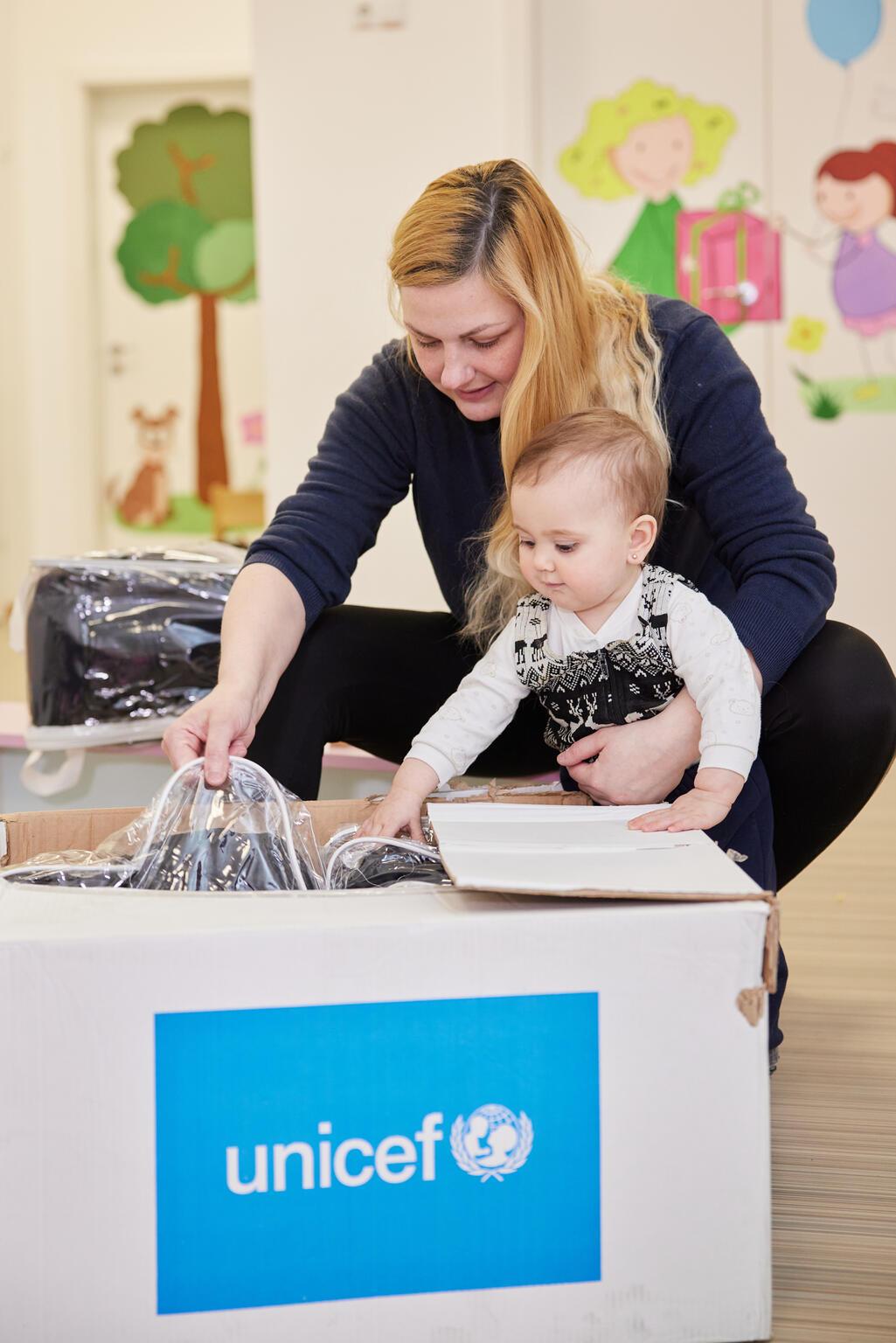