My Journey through Honduras: At the Border in Corinto | UNICEF Canada: For Every Child Skip to main content
Hope for Migrant Children
Donate Now

My Journey through Honduras: At the Border in Corinto

David arrived in Honduras early on the morning of April 29. Before long he was already at work, with colleagues from the Honduras office; including traversing some of the irregular migration routes at the border between Honduras and Guatemala, and meeting with some families and young migrants fleeing the country:

The border between Honduras and Guatemala at the town of Corinto is really quite beautiful. Green hills lead up into mountains and below a flat coastal plain where, when we stand on the Guatemalan side, cowboys round up horses with lariats and empty fields stretch into the distance. The Honduran side of the border is busier, there are humble open air roadside snack bars and military police patrolling the highway – because this is where Hondurans cross their first border on their journey north.

It’s a strange place – the border feels fictitious here. Yes, there is a formal looking border crossing for cars and trucks, but if you turn off the road up a dirt track just 250 metres before the official crossing, then you can walk up into the hills and when you come down on the other side you will be with the cowboys and their horses and you won’t have had to bribe your way across. For people with a bit more money, the “coyotes” (human smugglers) will get you up to Mexico, maybe even into the USA. The money you pay the coyotes includes cash to cover the cost of bribes.

People trudge along the highway – running shoes and backpacks are the signs that you are migrating. There’s a general strike today about low funding to the school system. Everything has stopped it seems – except the people walking to the border.

In one of the snack bars, I spend half an hour with three young men, Fabricio, Alex and Daniel. This is Fabricio’s third time trying to get to relatives in Mexico. “I’ve been deported twice,” he says matter-of-factly. “And the third time they put you in jail for a few months.”

“So why do you do it?” I ask. Clearly, he is a smart and resourceful guy and he knows the odds are against him.

“Look,” he says to me patiently. “Here in Honduras, it’s either hunger or death. You either don’t have enough to eat because you can’t find a decent job, or you have to join the gangs and you get killed.” 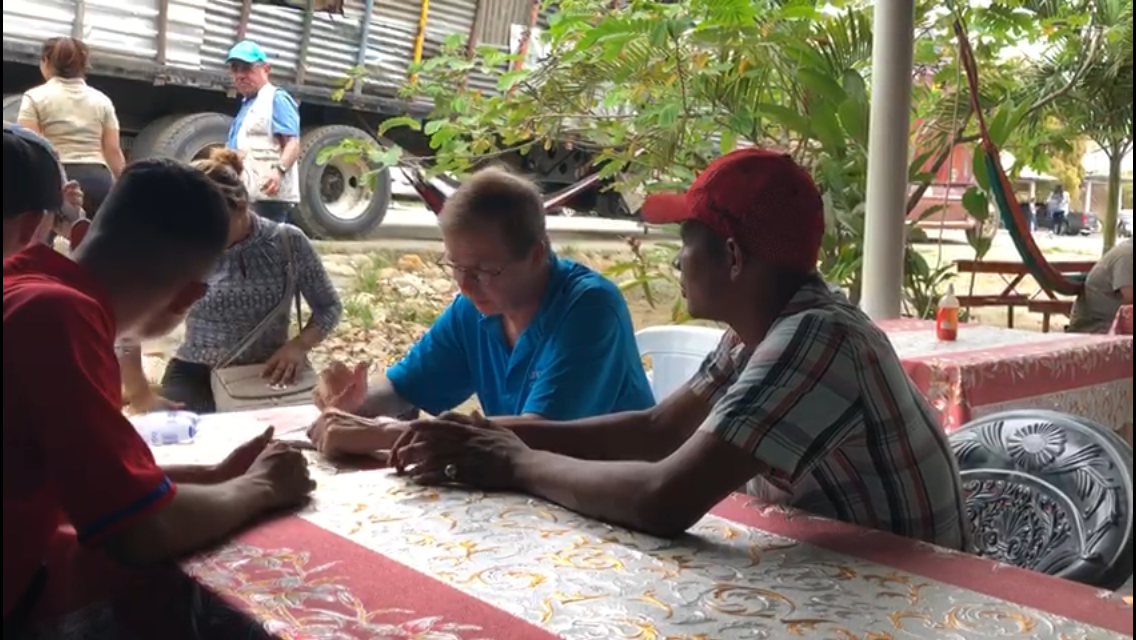 David meets with Honduran youths before they attempt a border crossing.

The level of violence here is shocking. Honduras always ranks amongst the third or fourth most violent countries in the world, and drug trafficking (80% of the cocaine entering the USA passes through Honduras) makes that more entrenched. And if the violence makes you want to leave, there isn’t a lot to make you want to stay – unemployment and poverty are high, the public health system has just about collapsed and now the education system is at risk, too.

Daniel is the youngest and the most nervous of the three. Sleeping outside behind gas stations or under trees is hard, and he looks scared. “I can’t read and write, but I am good with my hands. I want to learn to fix things. Maybe I can get a job.”

“All I want is enough to get married, have a family, and not be afraid,” says Fabricio. “God willing, I will find it.” And then the boys – because in Canada, that’s what we would consider them to be – shrug their backpacks on their shoulders and follow the dirt track up into the hills. 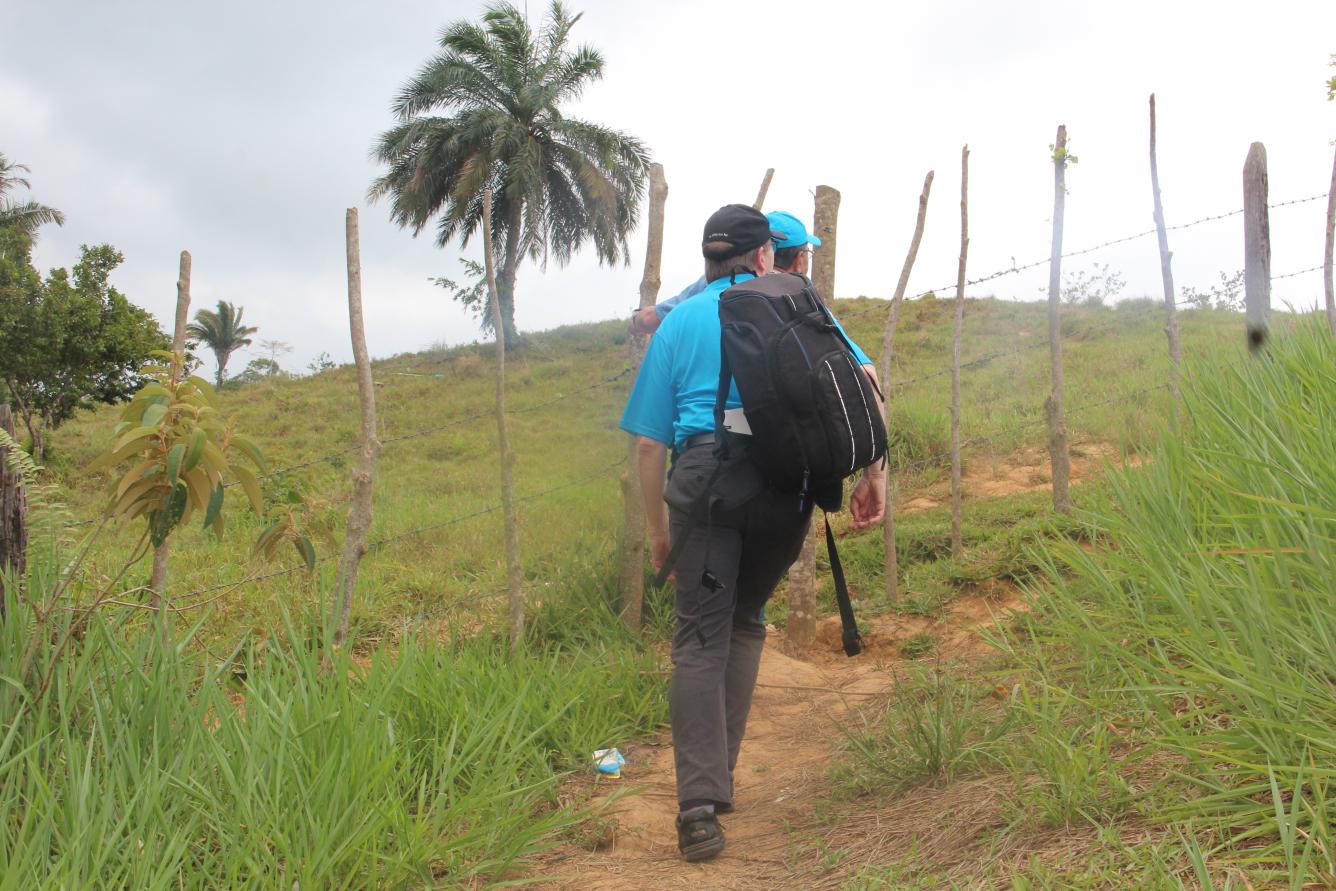 David visits a section of the border fence; the site of many migrant crossings.

The country seems infused with pessimism. So many people don’t see their future here. Why else would you pick up your family – for as I sat at the rickety table with the three boy, quite a few families trudged by, all with backpacks and running shoes – and leave your home under such desperate conditions? People know the odds of success, of making it to Mexico, let alone the USA, range from slim to none. But nevertheless, they still want to get away.

“There’s no life here,” another man told me (he was deported back to Honduras from Mexico with his three young children) “So I would rather try the lottery of getting away.” He paused. “I will. I will try again to my family away from here.”

“We need to attack the root causes,” says UNICEF’s Country Representative, Mark Connelly, with passion. “If we can keep kids in school a bit longer, then they’re less likely to try migrating when they are 12 or 13. If we can work with the police and communities to bring down the murder rate, then people won’t be so frightened. If we can help municipalities offer better medical care then the poorest people get some kind of health care. If we can help Honduras build a stronger child protection system…” His voice trails off, perhaps he is reflecting on the enormity of the task he has taken on.

“We are working with almost 40 towns and cities up here close to the border. They want to do something; they don’t want to lose their young people. So we will do these programs and do everything we can for these families.”