My Journey through Honduras: Hope In Honduras | UNICEF Canada: For Every Child Skip to main content
Changing Futures in Honduras
Donate Now

My Journey through Honduras: Hope In Honduras

part one of david's blog - At the Border in corinto - here.

Today we drove south from San Pedro, to spend the day in with children and adolescents in Villanueva and Potrerillos. I hadn’t known what to expect, after my time at the border yesterday, but frankly, my expectations were low, and I really wasn’t prepared for the way I felt by the end of the day - energized and impressed by the young people of these tough communities.    Villanueva was the first stop. It’s a town that has grown up around the maquilas (a production plant that employs low-wage workers) and as we drove through its dusty streets, it was quieter than I had expected. Then I noticed that many homes were vacant and remembered Mark’s words from yesterday: “A lot of people have migrated, and those who are still around stay inside a bit more because they are afraid of the violence.”

But the local primary school had lots of children. UNICEF works together with the local Red Cross, training their teenage volunteers to run after school programs for younger children who have suffered a trauma of violence or migration. The school principal and her teachers love the program.

“It makes a real difference; we can see it. Children who have been returned after migrating, children whose parents are in other countries, children who have suffered because of the violence - I see them better behaved in class, they don’t fight as much with the other children, they can concentrate better on their learning. This makes a big difference.”

I was impressed by these volunteers, local kids who might be in gangs are volunteering here instead. “But you know,” Marjorie, the UNICEF colleague who coordinates the program, said to me quietly, “these teenagers are suffering too. They aren’t sure about their future – one of the volunteers left the country yesterday. And they have pressure to join the gangs. So the psycho-social training they get to run the program for the little kids helps them too.”

I asked the volunteers why they did this. “Because the kids give you happiness. They share their joy. And we see changes – one guy only drew pictures of killing and guns, but he has gradually stopped and he can play with the others now.”

“When I heard this was with the Red Cross, I thought, great, I can ride in an ambulance,” said José sheepishly, with a shy grin. “That was four years ago and now I enjoy being with the kids and with these friends. And this is good for our community. I don’t even mind that I haven’t got an ambulance ride yet.”

But still, I wondered, with the gangs are out there and employment opportunities limited, how can they be optimistic? Another volunteer, Francisco, was philosophical. “After the storm, comes the calm. We are helping these children through their storm, and can show them what the calm can look like, what the future can bring.”

Suddenly, a quiet volunteer burst out. “This is the Honduras we want. These kids are the seeds of the future. We can help them see that they don’t have to give up. When I see one of the kids trying something new, saying ‘I can do this’, it gives me hope.”

Hope. In the middle of a tough community where there have been gun battles, hope. I didn’t think I would find it here, but the laughter of the little kids and the optimism of the teenagers makes me hopeful. 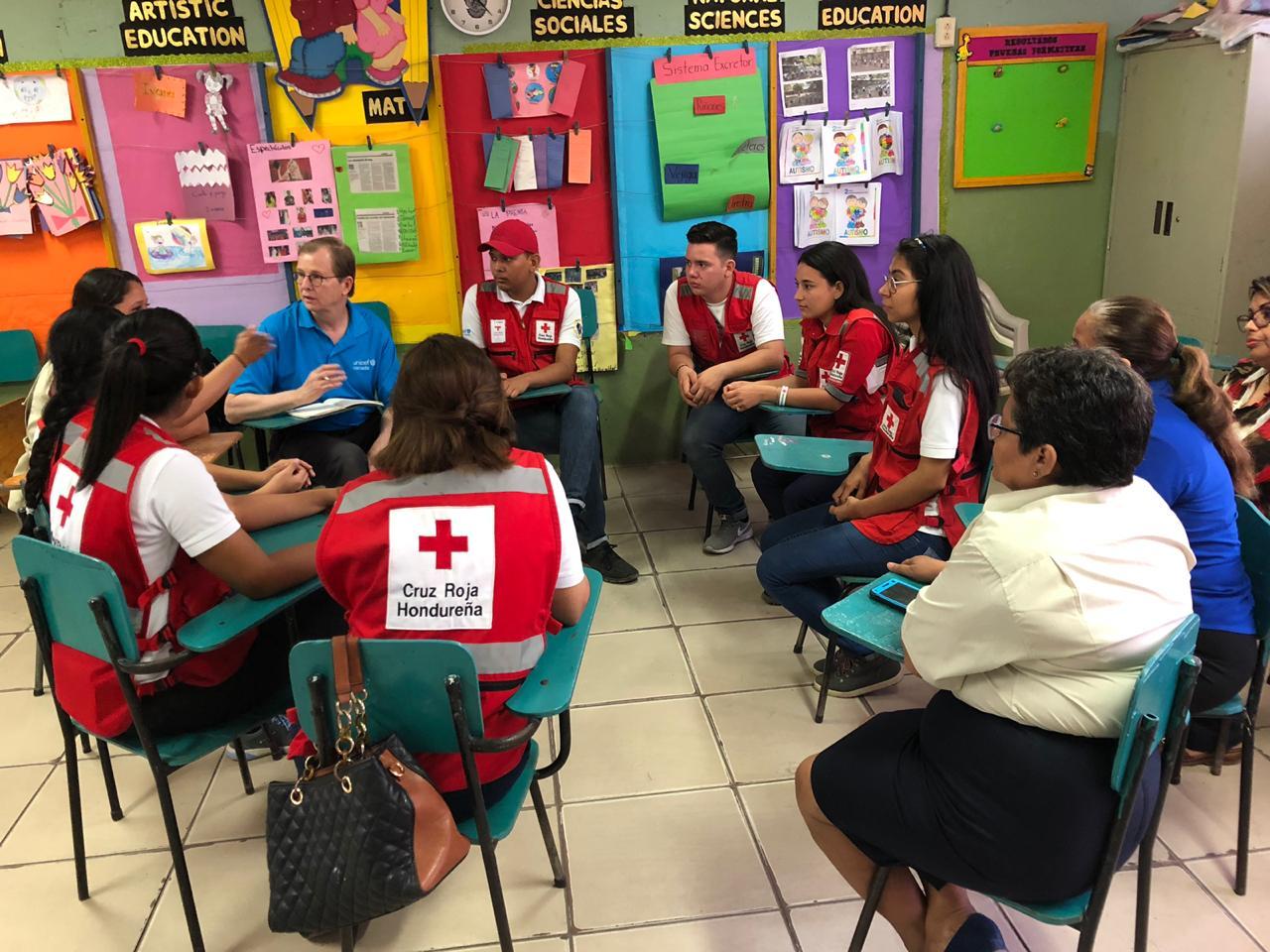 Over in Potrerillos, another group of about 30 teenagers filled me with even more hope. They belong to the network of Child and Youth Journalists, but they are more than that. They have become a community youth group who are working to help the community. Sometimes they advocate for change (like closing off a gutter where raw sewage was running through the town); sometimes they hold workshops on bullying and organize park clean-up days; they have also been helping families whose were affected by Zika and whose children have microcephalus.

They have been running a soccer league for little kids and have been advocating for a youth counsellor at their local clinic – someone they can talk to when they have questions about their changing bodies and feelings. They have a traditional dance club and last year won a dance competition in El Salvador. And they have a weekly TV program where they talk about issues which affect children and youth. 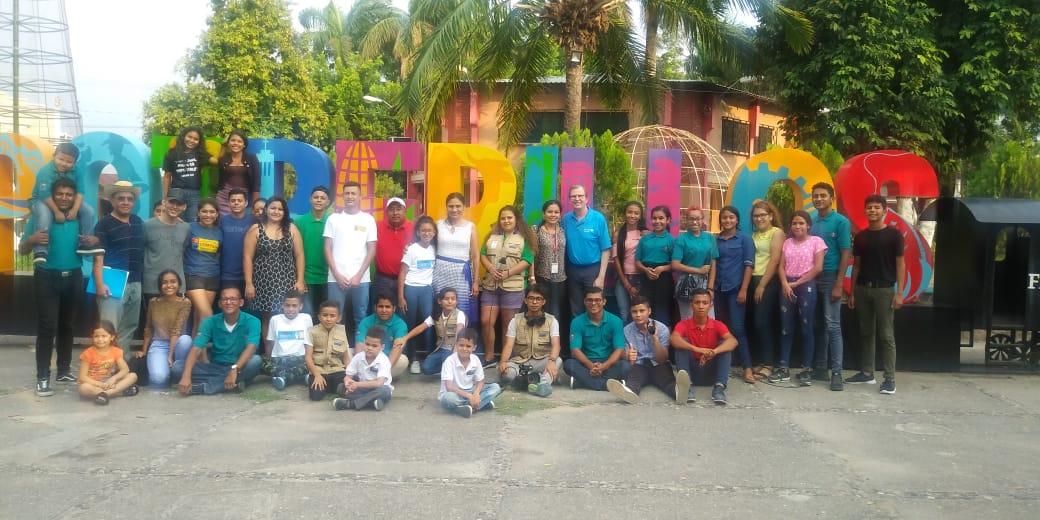 Sure, they told me, life here is hard. Yes, some of them had already migrated and been deported back to Honduras. But these young people will not be overrun by their difficult circumstances. They are taking as much control of their lives as they can. I cannot help but smile as we talk, as I listen to their enthusiasm, and as I see the possibility of another Honduras before me.

“We started this program,” says Hector, “but now a lot of the ongoing funding comes from the town government. There are about 100 towns with youth groups like this one, and we are helping with psychologists and youth workers. We make sure that they fund a reasonable amount of the costs – that’s the beginning of sustainability.”

“But,” he went on, “it still isn’t enough. These kids are remarkable, but we need more of these clubs to change the country for the better. It’s like an immunization campaign – these kids are protected, but we need more coverage if we are really going to improve protection against the problems of organized crime, violence and migration.”

I agree – we need more. And I also think that if every Canadian could just meet these young people, listen to them talk about the challenges they face and how determined they are to overcome those obstacles, then they would be as filled with hope and admiration as I am.