My Journey Through Honduras: Coming Home | UNICEF Canada: For Every Child Skip to main content
How can Canadians help?
Send Aid Today

My Journey Through Honduras: Coming Home

I’m on the plane now, coming home. And somehow being here, far above the families trudging north, the absurdity and injustice of our world feels more acute. I have a Canadian passport in my pocket, so I easily pass through borders. I have an education and my children and grandchildren are healthy and will grow up in the safety of Canada.

But then I will get used to this injustice. Because the global wealth disparity seems not so horrific when it is viewed from afar, especially when we are looking down from the heights, from 30,000 feet in the air, or from our position as middle-class Canadians. It is easy to forget, out of sight and out of mind.

It is easy to become mired in pessimism, and the time I spent with Hector and Melvin, the two longest serving UNICEF Honduras employees, was a good reminder of how things have improved in Honduras. They’ve both worked for UNICEF for more than 30 years, and I asked them what has changed here during that time.

“First,” said Hector, “is child survival.  The number of children who die from preventable causes is 2/3rds less than it was when I started. UNICEF led that child survival revolution –pre-natal care, maternal care, family planning, birth registration, and vaccinations. That changed everything for children.”

Melvin remembered the polio vaccination campaigns. “They were like national parties, everyone helped out, the army, teachers, nurses, everyone.” 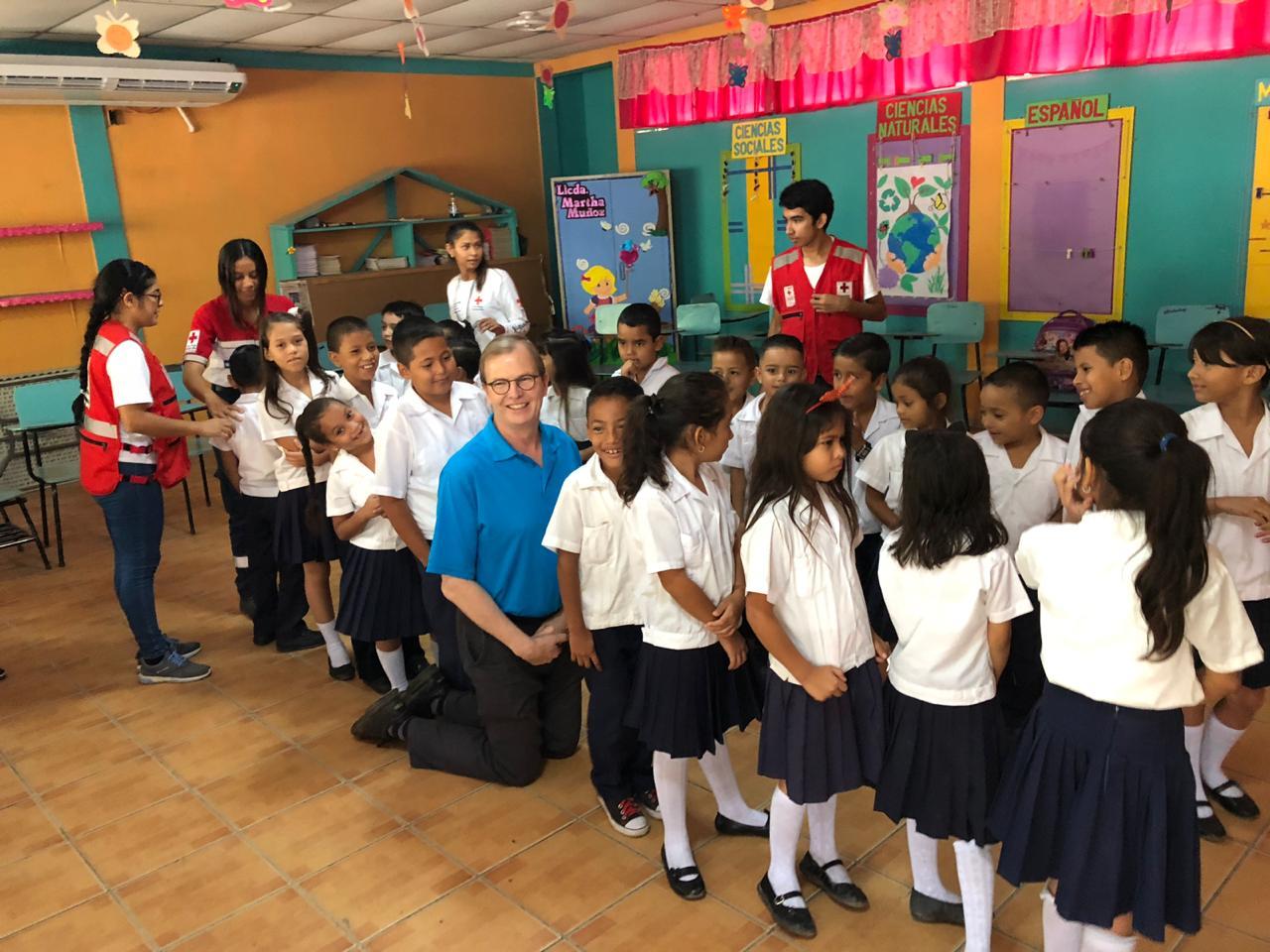 Hector went on. “Then there’s education – in the 1970s only 30% of children finished grade six, now it is around 90% of kids. Enrollment in kindergarten and high school is still low, and we need to improve the quality in primary, but it is way better than it was.”

“And here is one of the most important things. These used to be completely funded by foreign aid. Now more and more of these programs come from within the national budget – particularly at the municipal level. We are taking more responsibility.” He stopped, thought for a moment, and then burst out in frustration, “But we are still the most unequal society in the Americas. Not enough gets to the poor, and so they don’t have enough to live on. Inequality here is savage. What is the point of saving the life of a child when she is a baby just to lose that life to a gang when she is 13? The challenges we face today are harder than they were 30 years ago – we need to change people’s hearts and minds.”

I am not sure. The challenge of bringing down infant mortality rates and increasing education was extremely difficult. I am sure it felt insurmountable to many people at that time, but that challenge was met. Sure, the challenges of today feel harder, because the society is changing, and with poverty and violence, people flee. In the countryside, small-scale farming is getting less reliable because of the impact of climate change, so people are leaving their farms, too. 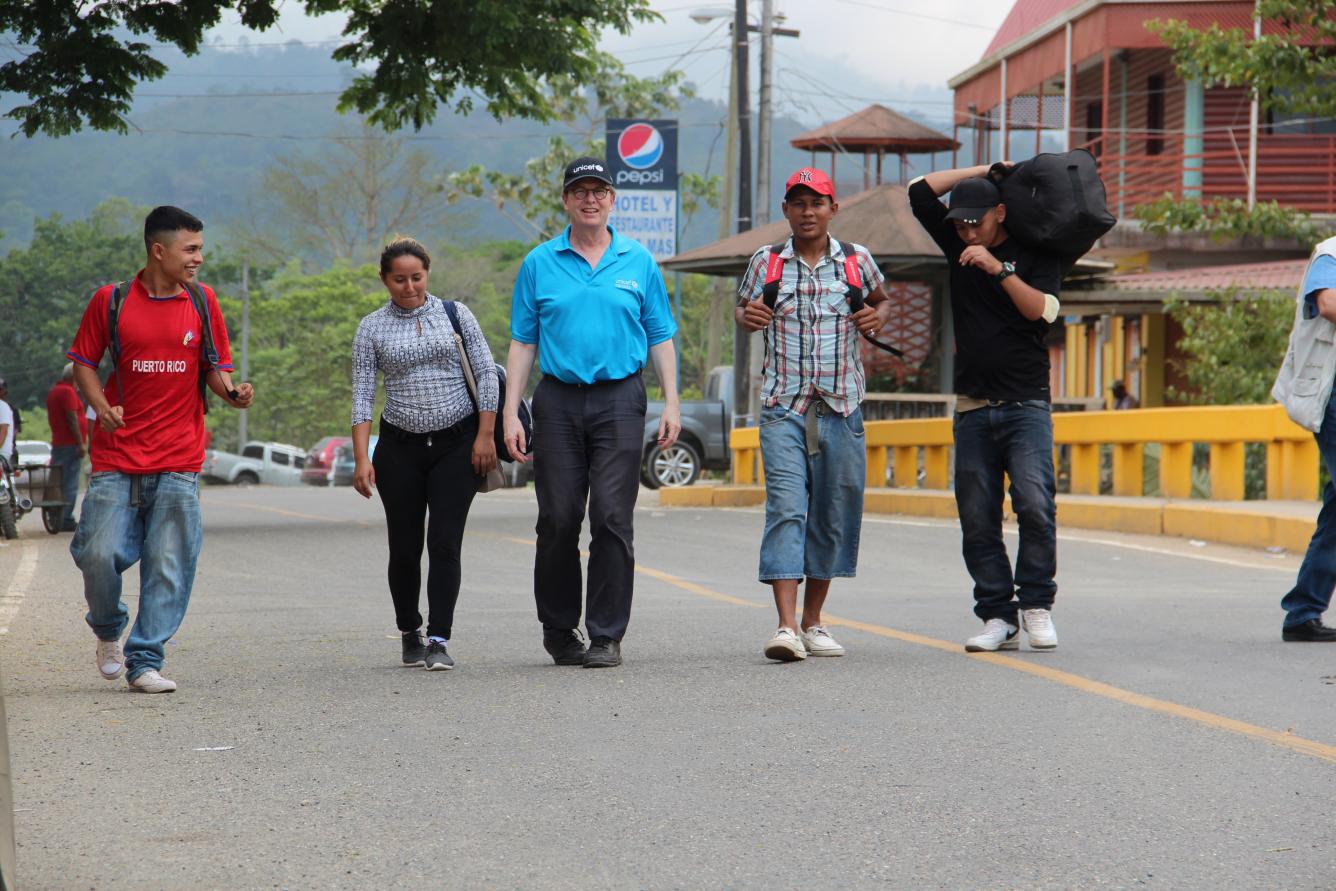 But today in Honduras you also find the people who have benefited from those improvements in health and education over the past generation. There are those kids in Potrerillos and Villanueva who are actively trying to make their community stronger. Many small town mayors around the country are working with UNICEF and young people to find alternatives to leaving the country. It is an uphill battle – but eradicating polio in Honduras was an uphill battle too – it is only now in hindsight that it feels that it was inevitable.

So while it may seem realistic to be pessimistic about Honduras – and there is no doubt this migration crisis is a real crisis for countless families setting of into a dangerous unknown – there is an alternate future, too.  You see it in the kids, and you see it in their own history, the revolution they had in child survival and education. Dreaming of a better future isn’t a pipe dream; Hondurans have proven that they can make positive change happen.

Because there is a Honduras of optimism and creativity and hope. And we have a choice – to believe the dehumanizing rhetoric of “migrants” and respond to these children in fear, or see the child for who he and she is.  We have it on offer to work together with those children and those communities to build a better future. We have a choice. And we can act.