A Tale of Three Fathers | UNICEF Canada: For Every Child Skip to main content

A Tale of Three Fathers

Father’s Day is coming up this month, and UNICEF wants to celebrate dads from all walks of life, so we went around the world, capturing the daily life of different dads and their children. From Rwanda to Paraguay, meet three different dads who are working hard to raise their young families. 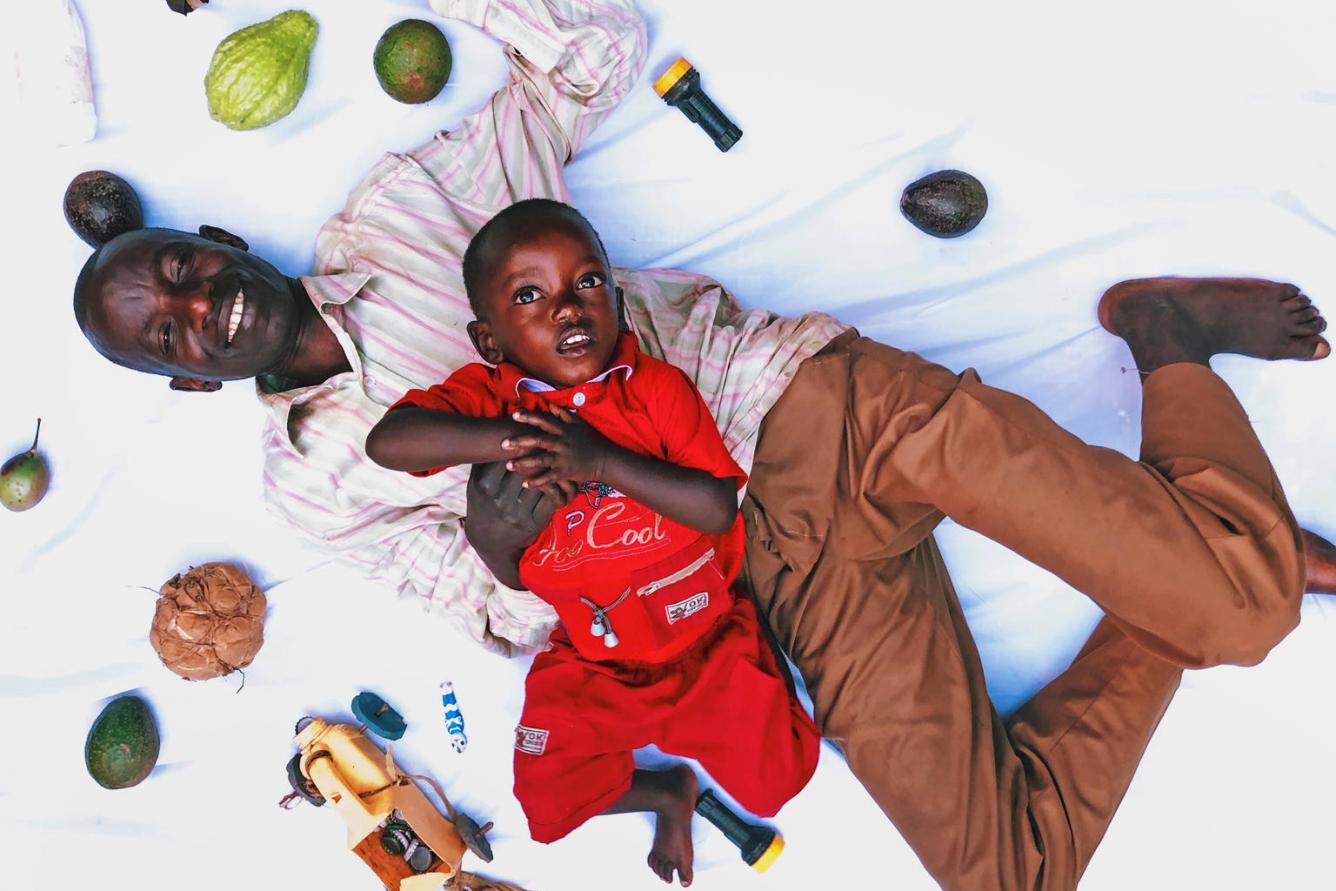 "I didn't feed Kevin's older sisters when they were small," Christophe says. "I didn't play with them as babies or ever take them to the health facility. We thought of those things as a mother's job." These days, Christophe takes an incredibly active role in the upbringing of his youngest child, thanks to education he has received through the ECD. "Now I realize that the most important role of a father is to ensure the well-being of your children," Christophe says. "That means taking care of them and making time for them — making certain that they don't fear you and they are open to you. There's nothing more important than playing with your child; it helps with their brain development." 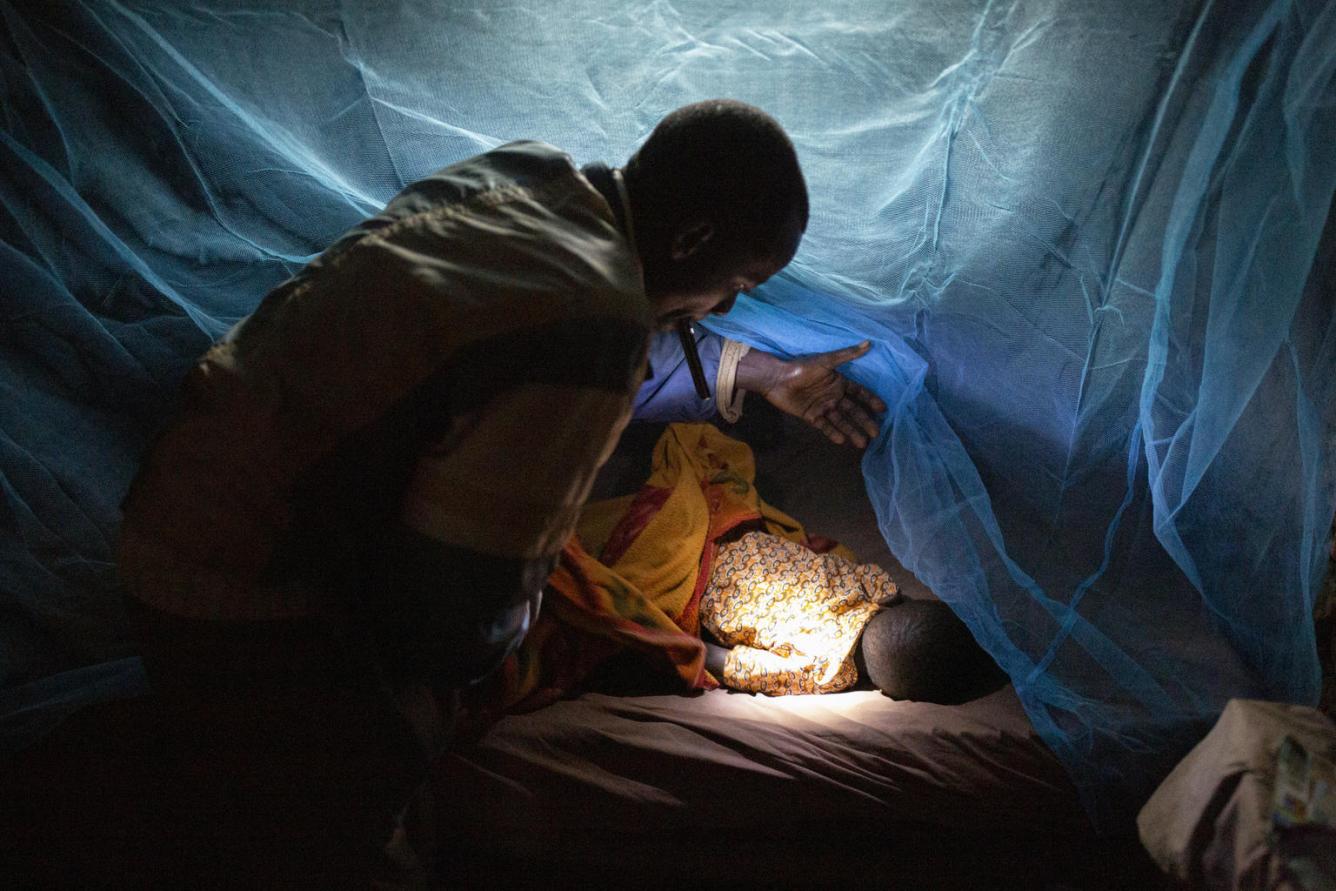 Christophe wakes Kevin at dawn in their home, to begin getting ready for the day. [© UNICEF/UN0306217/Sokol] 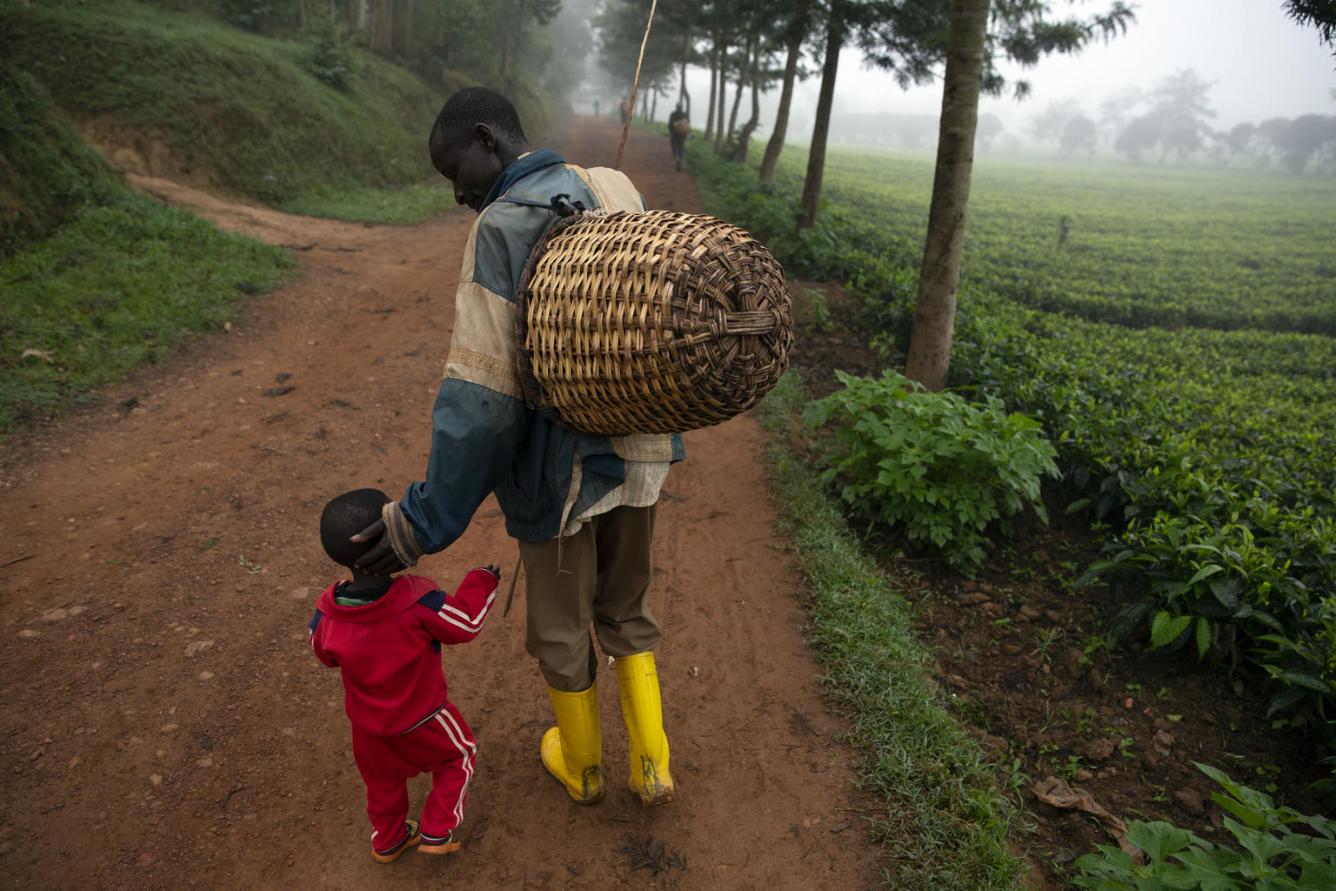 Kevin and Christophe walk to the ECD Centre that Kevin attends at the Sorwathe Tea Factory, where Christophe and his wife work. [© UNICEF/UN0261310/Sokol] 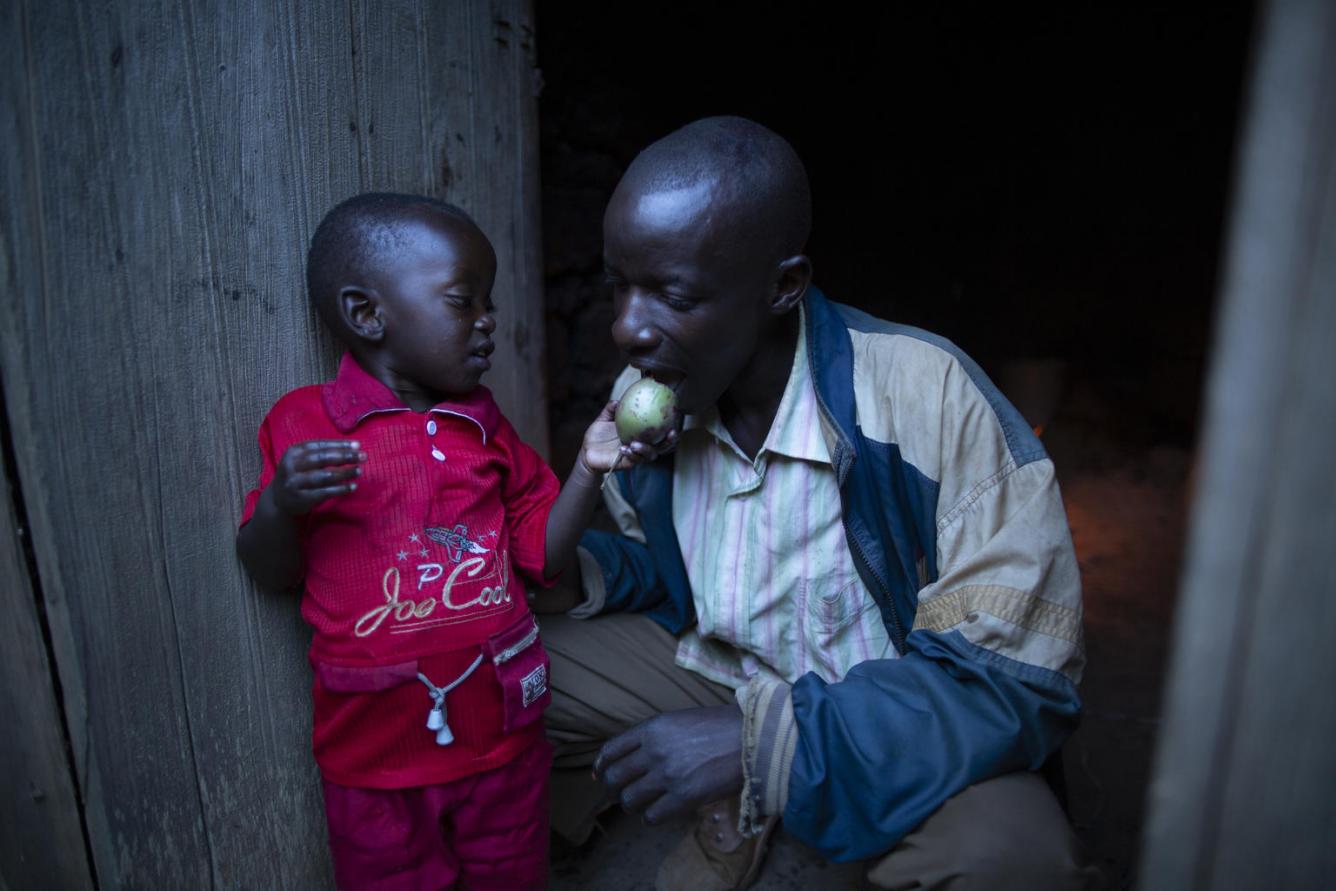 At the end of the day, Kevin gives Christophe a bite of his snack outside their home. [© UNICEF/UN0306227/Sokol] 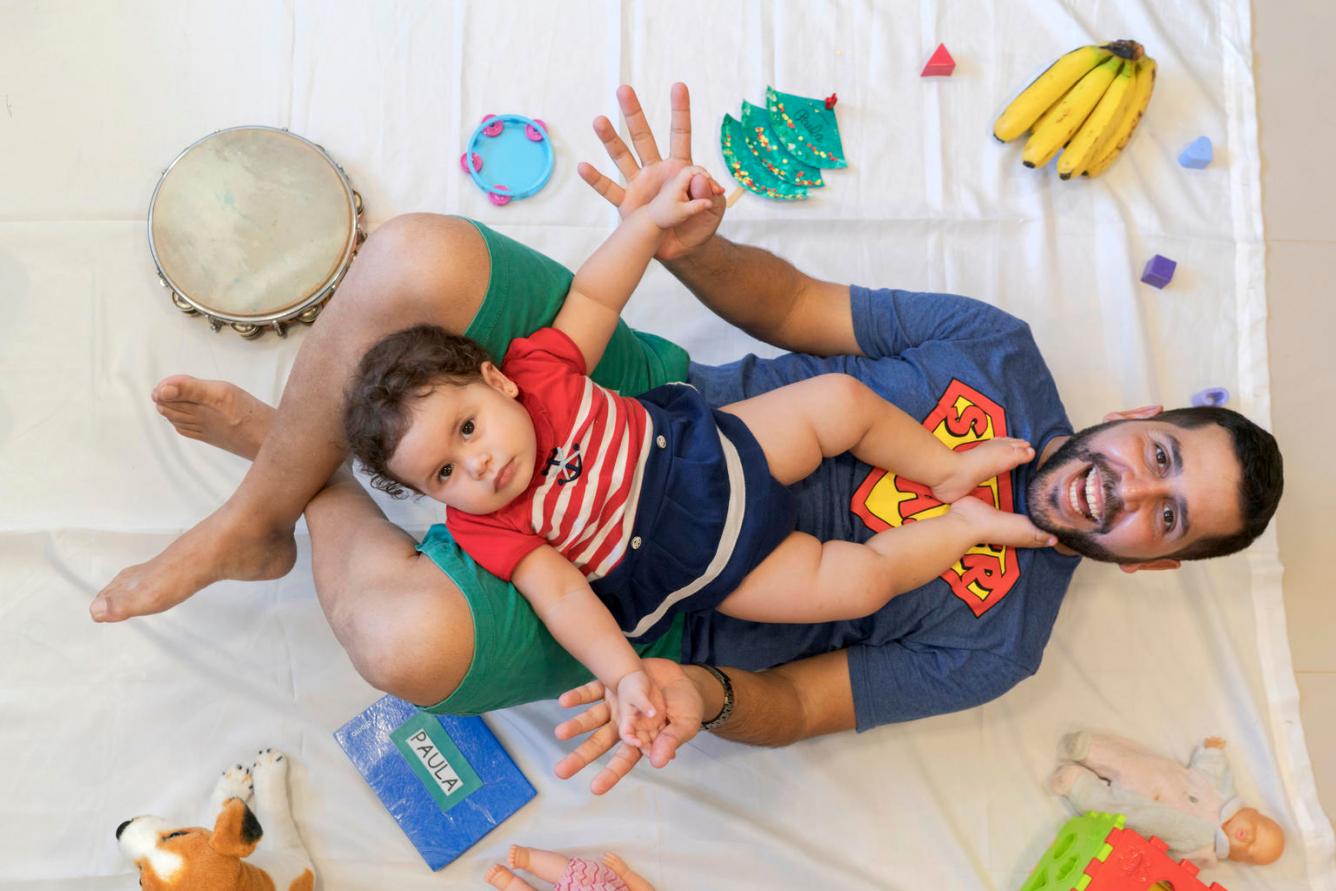 Abdo Gonzalez, 35, works for telecommunications company Tigo, along with his wife in Fernando de la Mora, part of the metropolitan area of Asunción, the capital of Paraguay. Their 14 month old daughter Paula attends a UNICEF-supported ECD daycare on the Tigo corporate campus, which allows both parents to hold full-time jobs, while also spending time with their daughter.

In the modern world, where women are part of the professional workplace, Abdo feels that it’s a father’s responsibility to take an active role in parenting. “Since men and women both work, now it’s time for both parents to share roles — for balance. For me, the most important part of the house is the kitchen, so it needs to be spotless. At home, I clean and Milargos [his wife] cooks. I would cook more — I mean, I think men can and should cook—it’s just that I’m no good at it.” 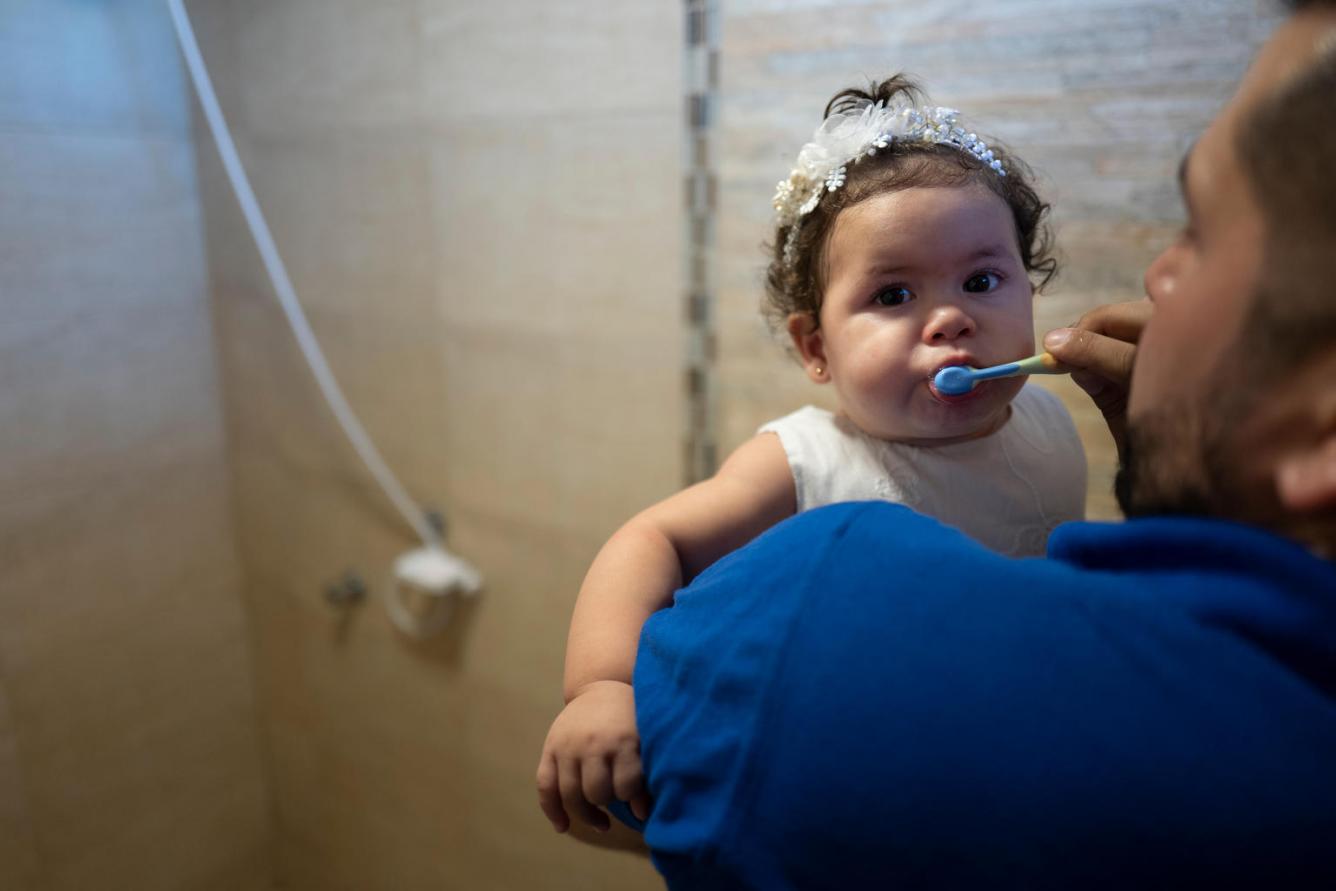 Abdo brushes Paula’s teeth as he helps her to get ready to attend her ECD daycare. [© UNICEF/UN0312232/Sokol] 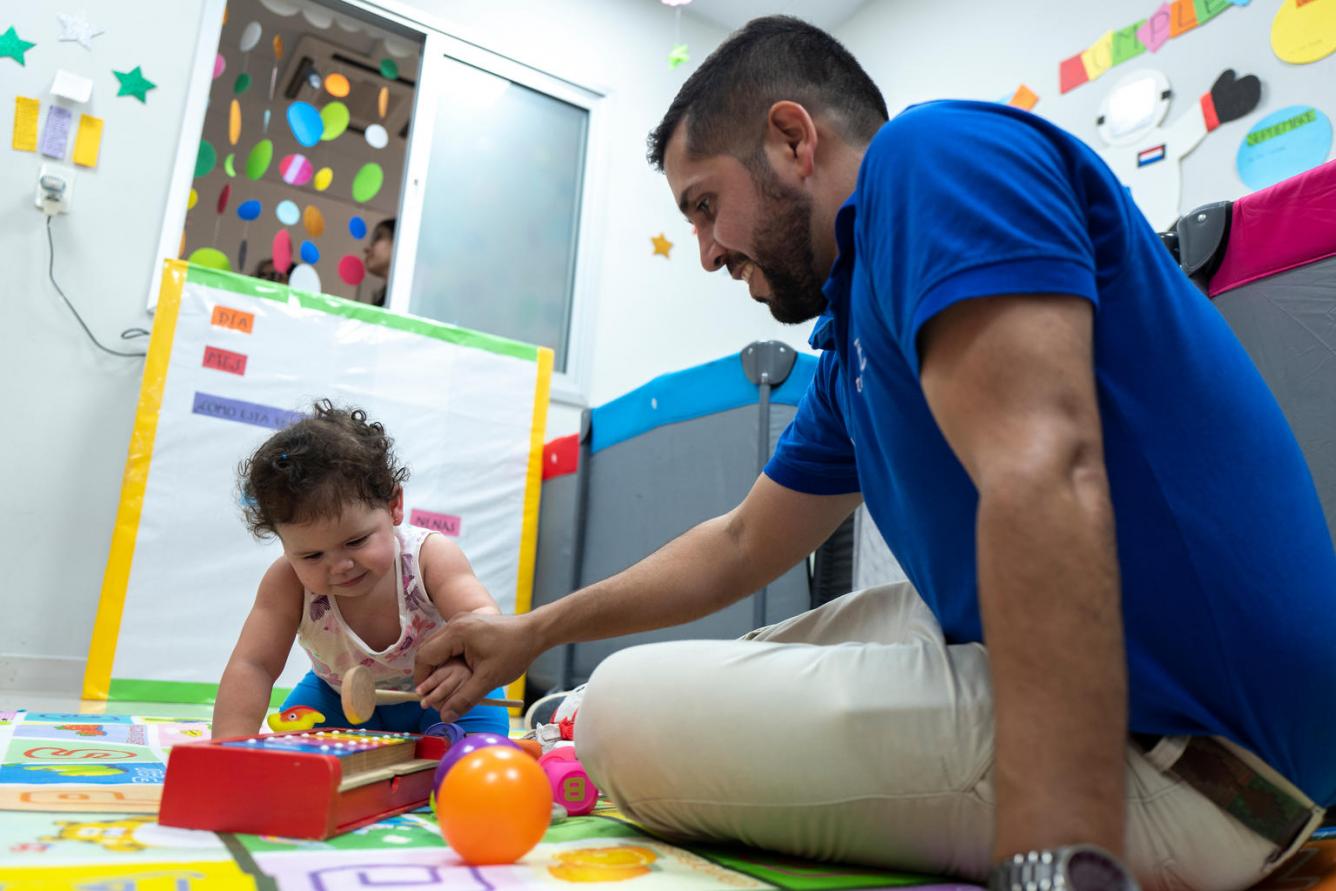 Abdo visits with Paula at her daycare, during a break from his work. [© UNICEF/UN0312199/Sokol] 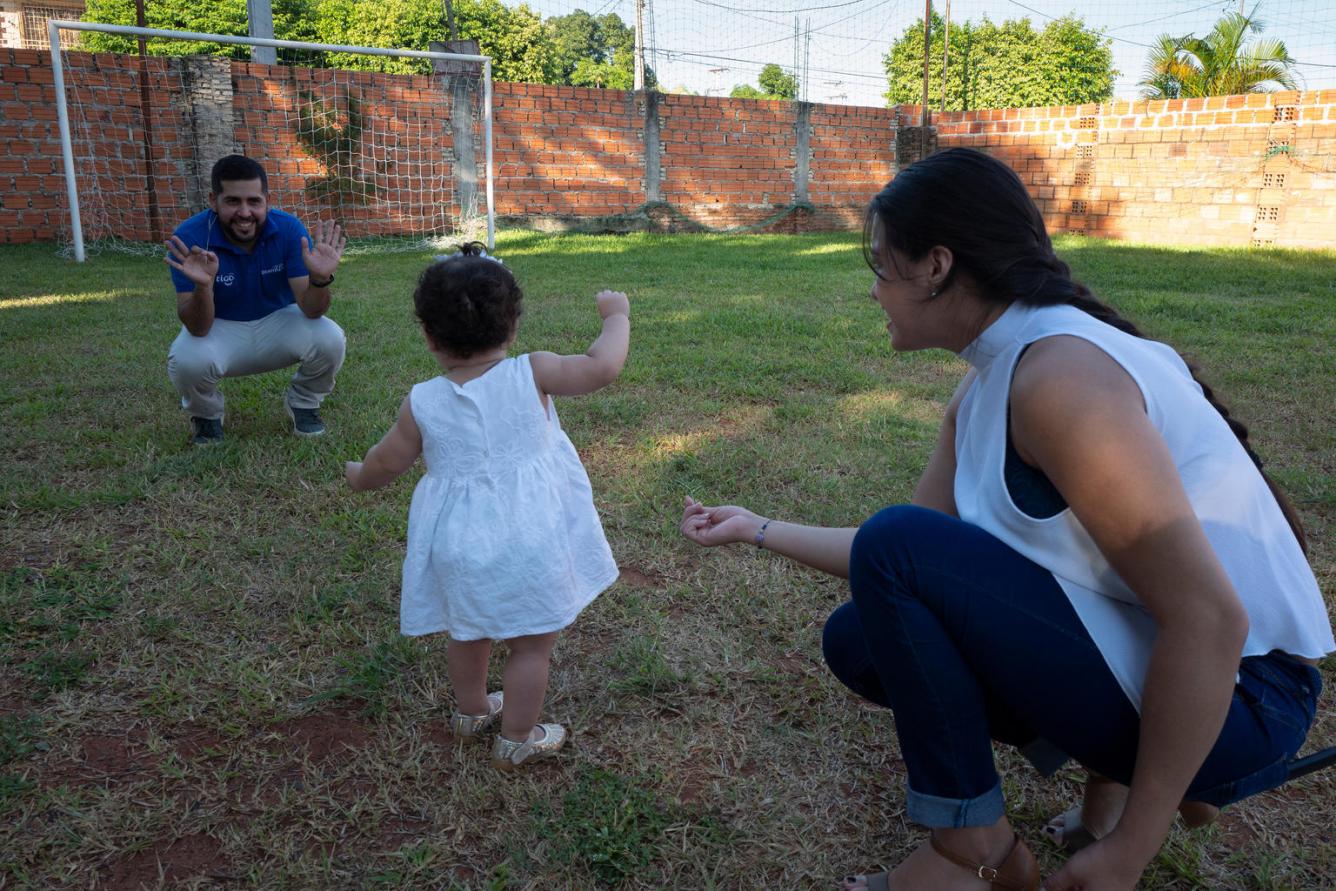 Paula plays with Abdo and mother Milargos outside their apartment in Fernando de la Mora. [© UNICEF/UN0312222/Sokol] 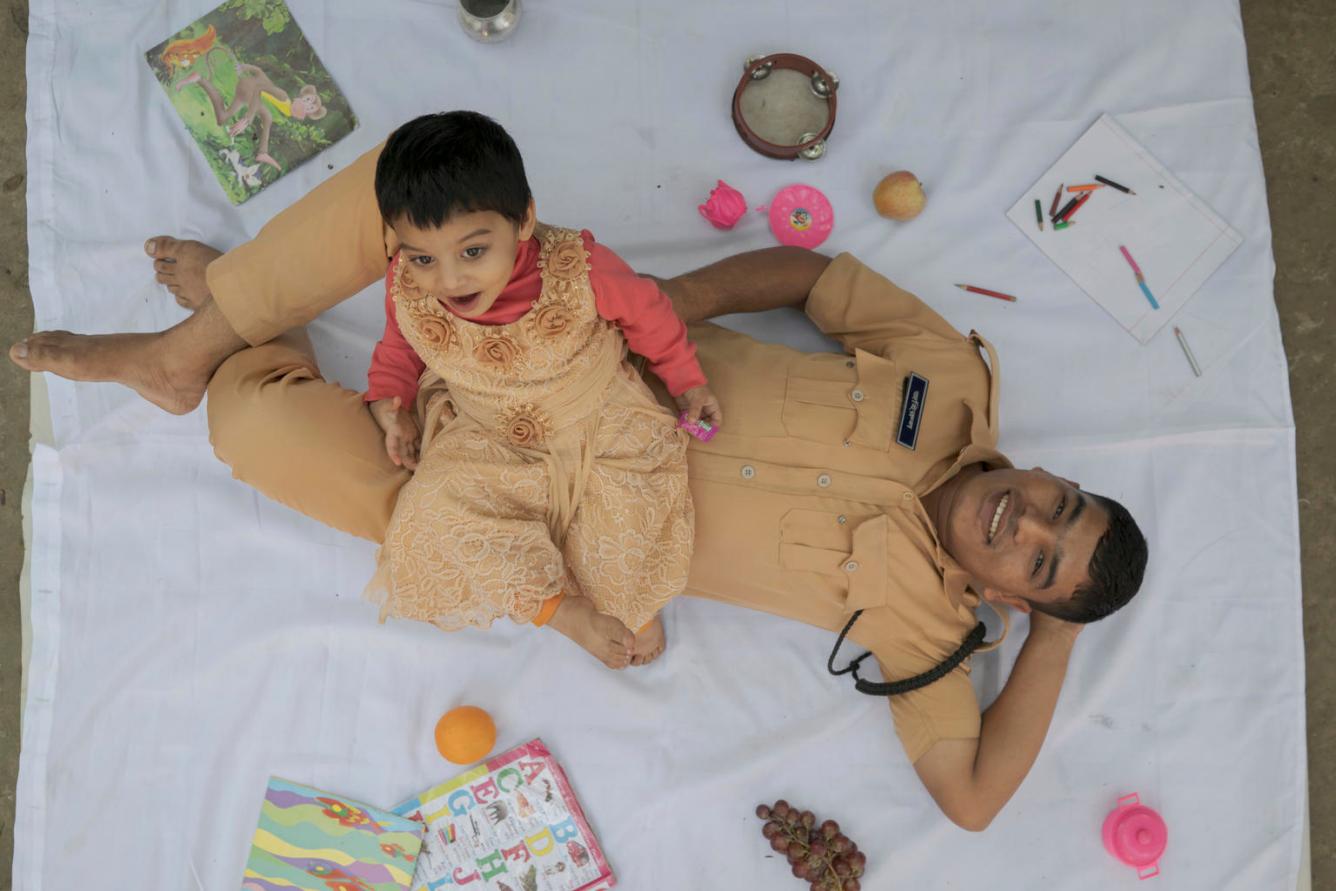 Jahirul, a firefighter, is soft-spoken and eloquent. He works long hours — 12 per day, six days a week — but says that the highlight of his day is returning home at 8 pm to read stories and practice the alphabet with Jisha. “I play with her whenever I can. We play ball or sometimes just draw flowers in the dirt with a stick. Her favorite book is about a child who travels around the world,” says Jahirul. “My father was a farmer and a businessman. He didn’t have time for the kids — we didn’t play much. He was only focused on his work and there was domestic pressure and fighting at home. We were poor, and it was always tense,” he recalls. “As a father I think it’s very important to educate her so that she can grow up and have a better life than we did,” says Jahirul of Jisha. “It’s vital that she gets proper nutrition so she can focus on her education.” 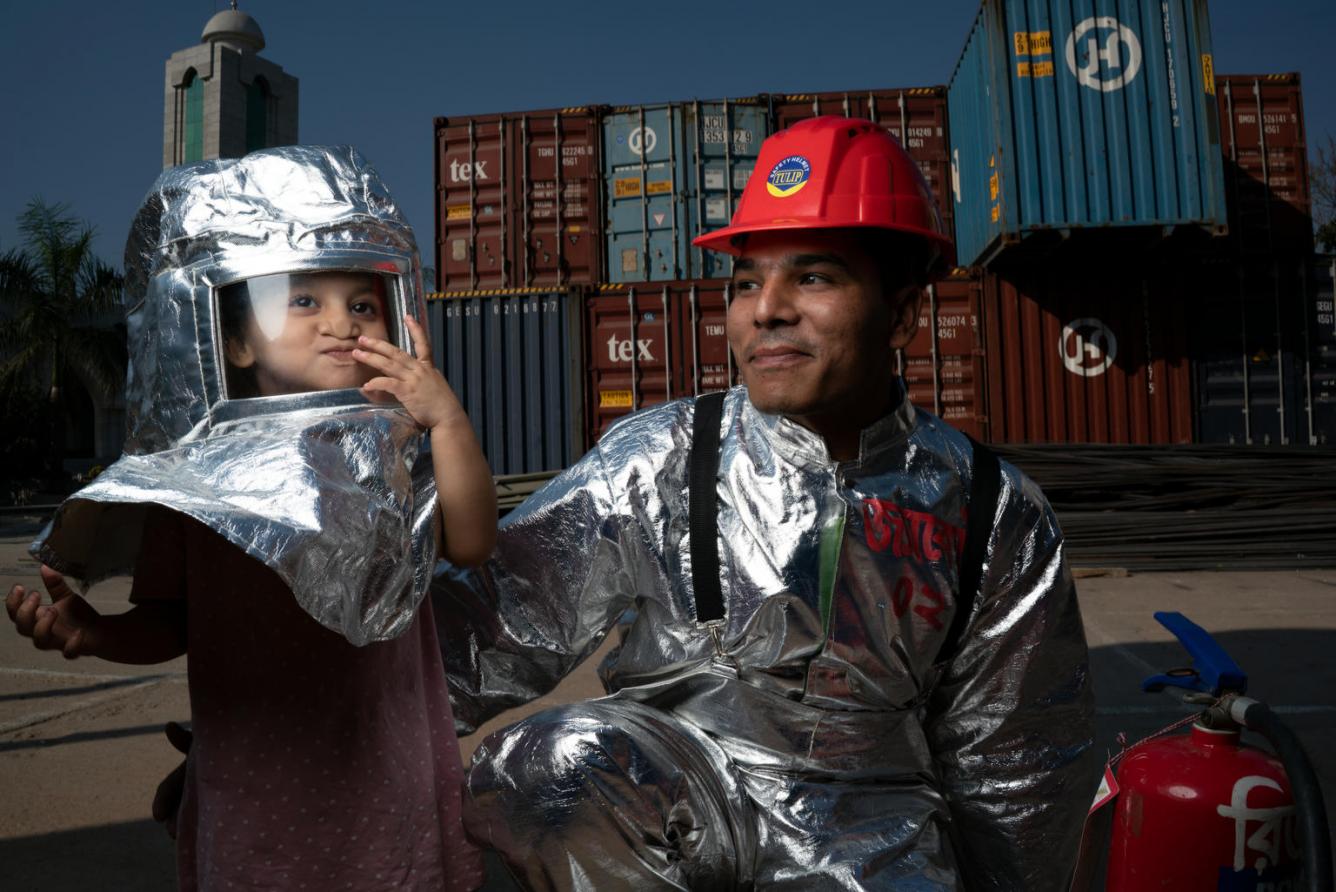 Jahirul, dressed in his fire suit, smiles as Jisha plays with his fire protection gear. [© UNICEF/UN0292175/Sokol] 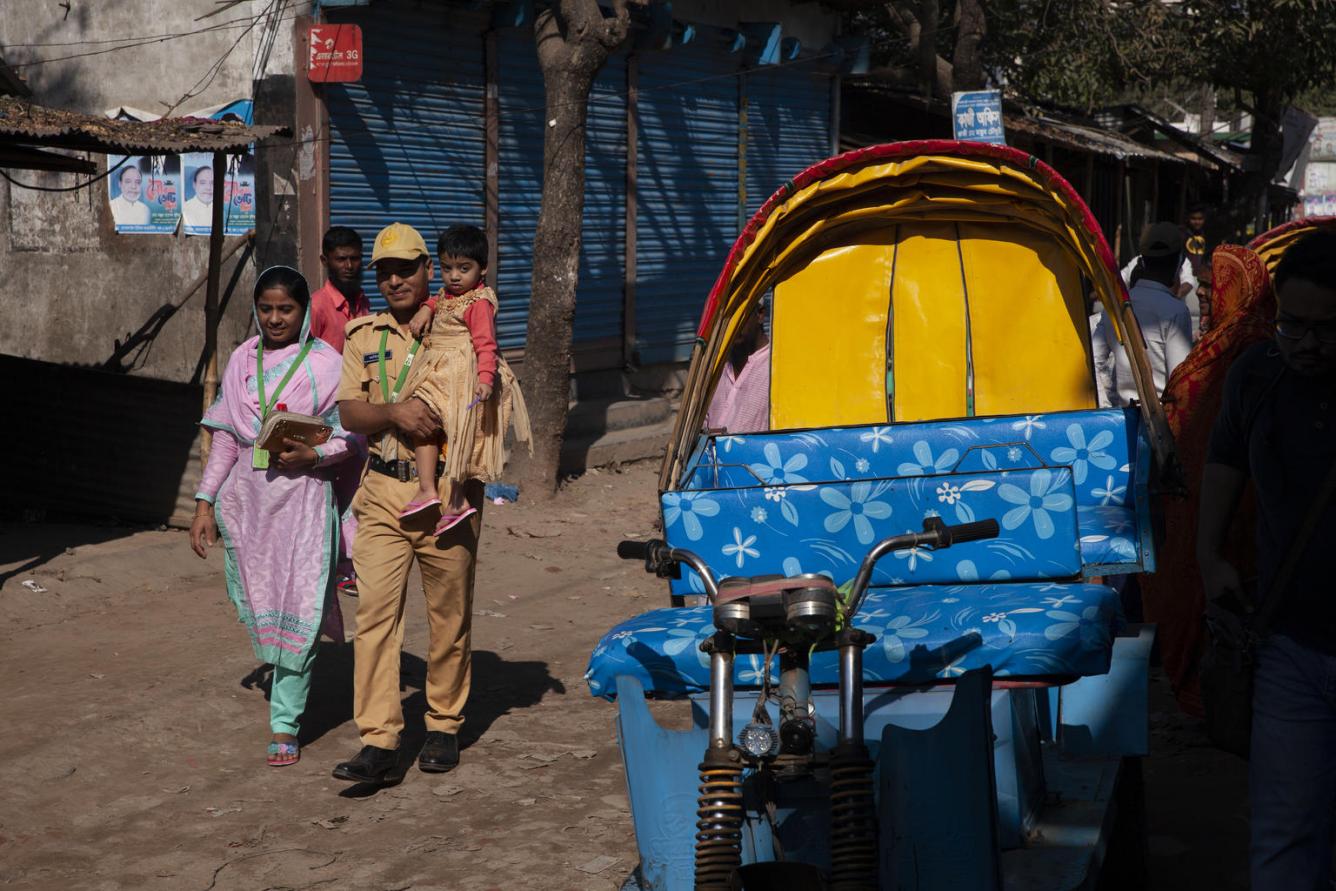 Jisha is carried to her daycare by Jahirul, along with her mother Moshumi at the start of the work day. [© UNICEF/UN0292181/Sokol] 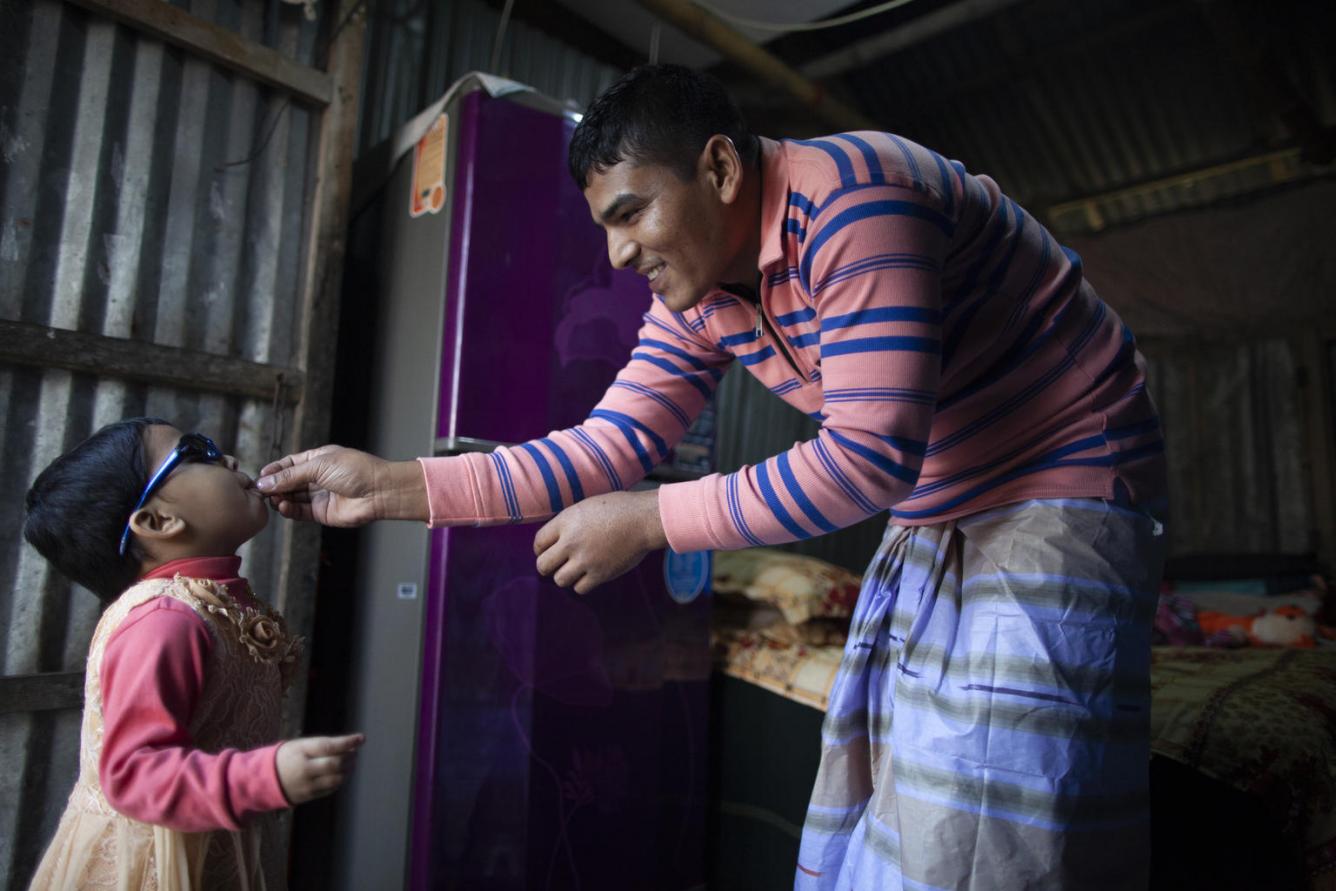 After a long day, Jahirul feeds Jisha a snack at their home, outside of Dhaka, Bangladesh. [© UNICEF/UN0292177/Sokol]
Categories:
Tags:
Geographic Regions: