An Open Letter to the World’s Children | UNICEF Canada: For Every Child Skip to main content

An Open Letter to the World’s Children

An open letter from UNICEF Executive Director Henrietta Fore to the world's children:

Thirty years ago, against the backdrop of a changing world – the fall of the Berlin Wall, the decline of apartheid, and the birth of the World Wide Web – the world united in defence of children and childhood. While most of the world’s parents at the time had grown up under dictatorships or failing governments, they hoped for better lives and greater opportunities for their children. So, when leaders came together in 1989 to make a historic commitment to the world’s children, there was a real sense of hope for the next generation. 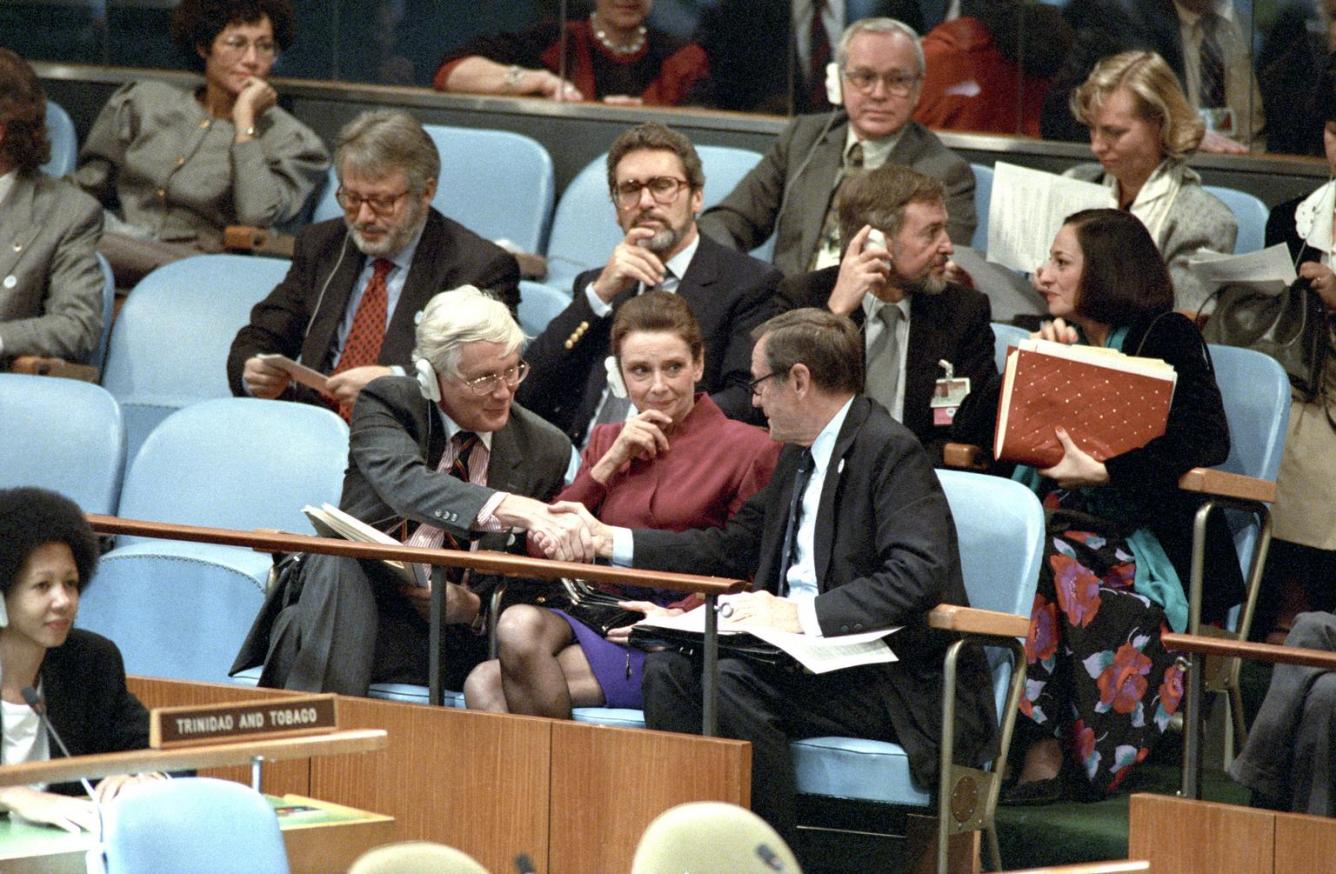 The UN General Assembly adopted a Convention on the Rights of the Child without a vote in 1989. [© UNICEF/UNI174735/Isaac]

However, the list of ongoing child rights challenges is long. So as we look back on 30 years of the CRC, we should also look ahead, to the next 30 years. We must listen to you – today’s children and young people – about the issues of greatest concern to you now and begin working with you on twenty-first century solutions to twenty-first century problems.

With that in mind, here are eight areas I believe we must address – to protect your generation and the generations after you – but that also show why there is hope for the future.

1. You need clean water, clean air and a safe climate 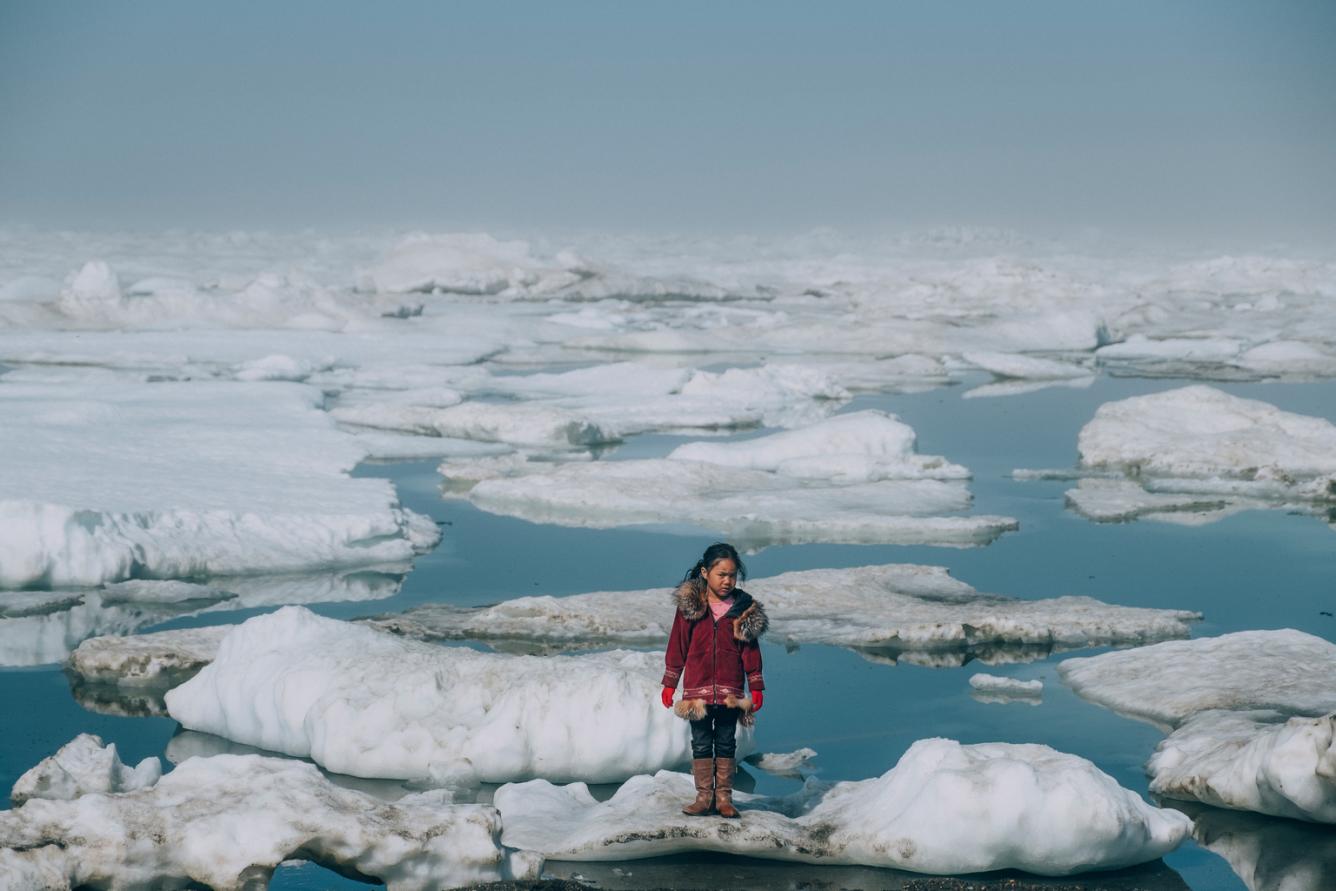 An Iñupiat girl Amaia, 11, stands on an ice floe on a shore of the Arctic Ocean in Barrow, Alaska. The anomalous melting of the Arctic ice is one of the many effects of global warming that has a serious impact on the life of humans and the wildlife. [© UNICEF/UN055819/Sokhin] 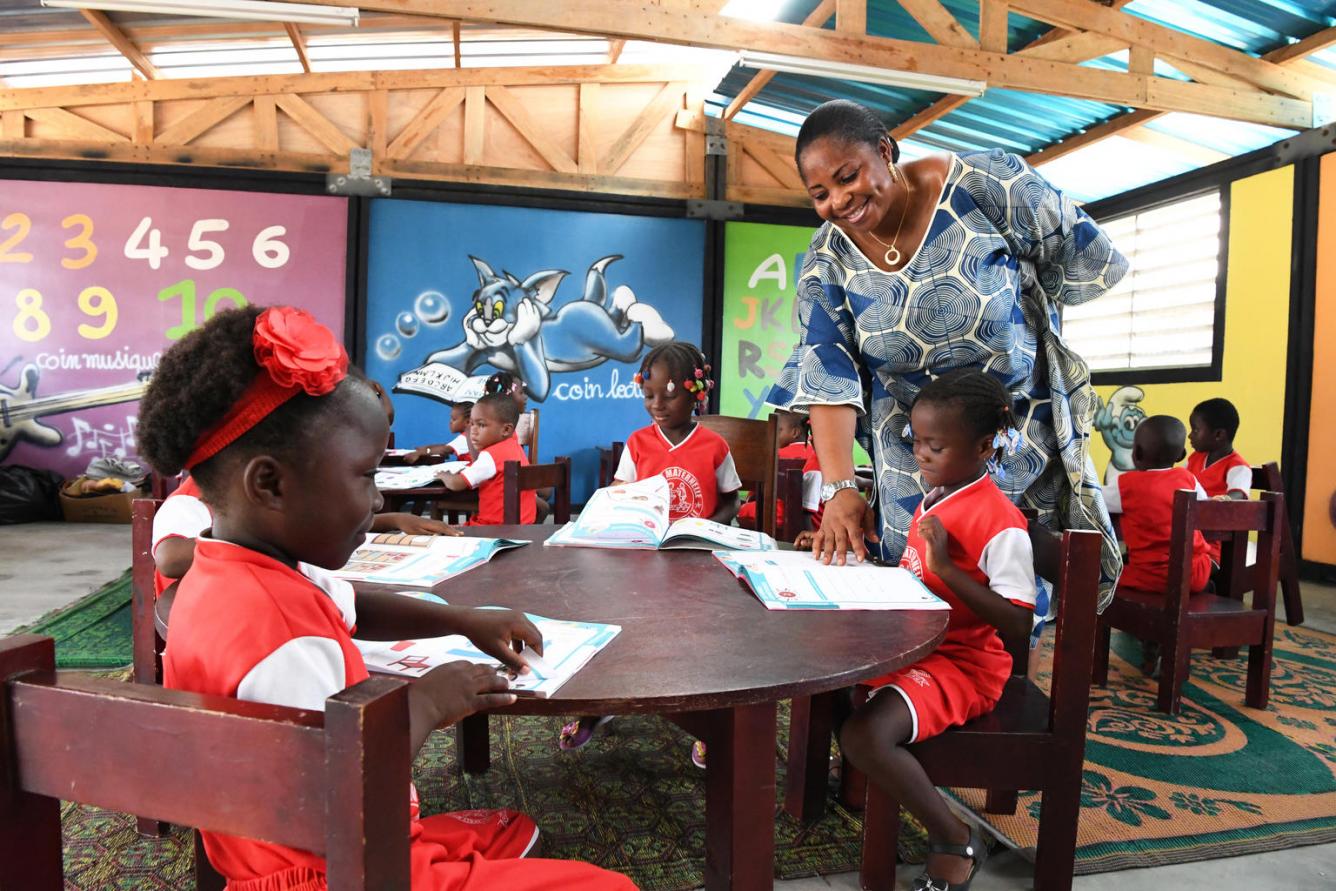 Children and teachers attend class in Gonzagueville, a suburban of Abidjan, the capital of Côte d'Ivoire. To address the need for more school facilities in Côte d'Ivoire, classrooms were built with plastic bricks made out of recycled plastic – a specialty project that works to help eliminate plastics that might otherwise end up in landfills. [© UNICEF/UN0309377/ Frank Dejongh]

2. One in four of you are likely to live, and learn, in conflict and disaster zones 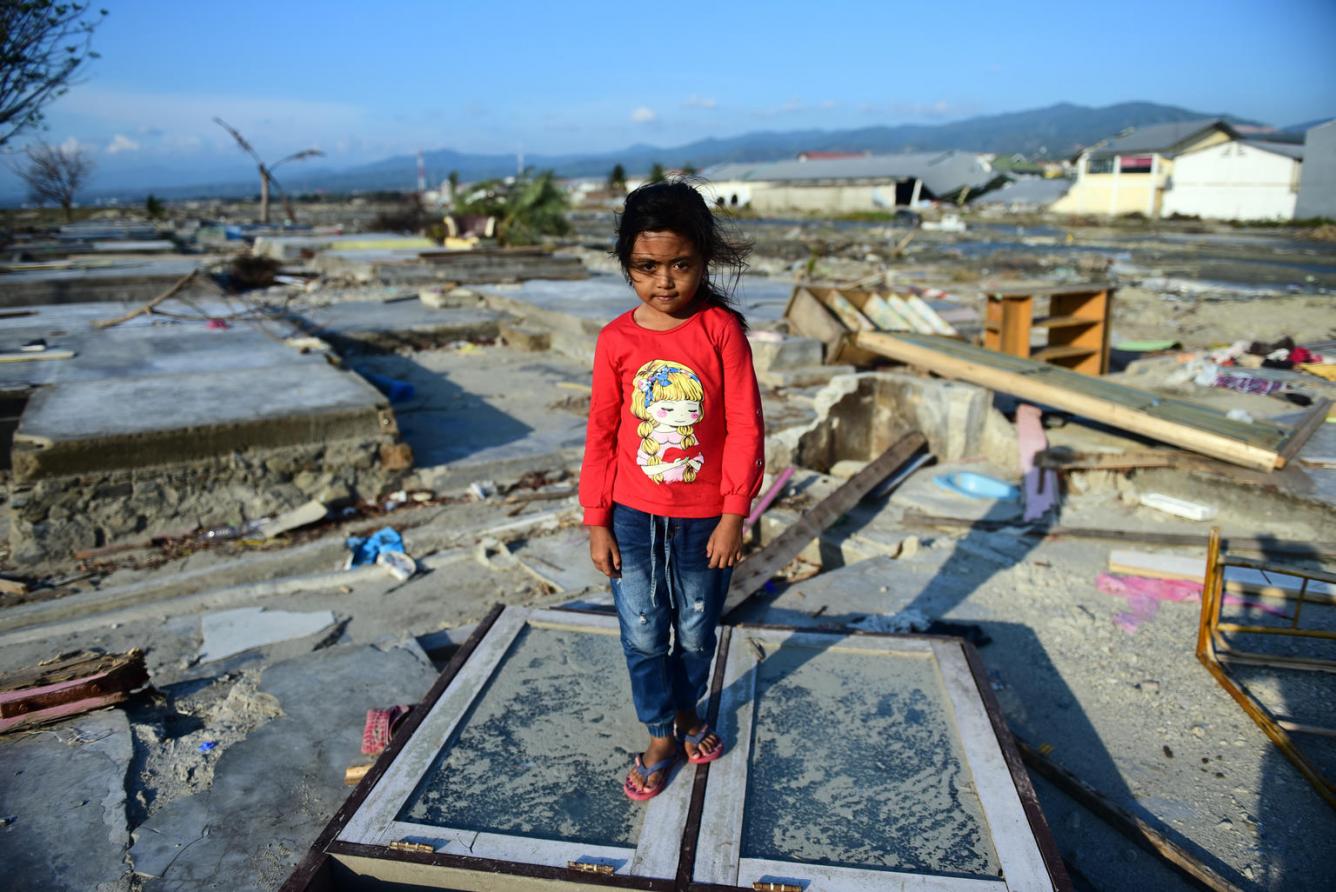 In Talise village, Palu, Indonesia, Marwah Nur Zahra, 8, stands among the ruins of her home which was destroyed by the September 2018 earthquake and tsunami. [© UNICEF/UN0277728/Souleiman] 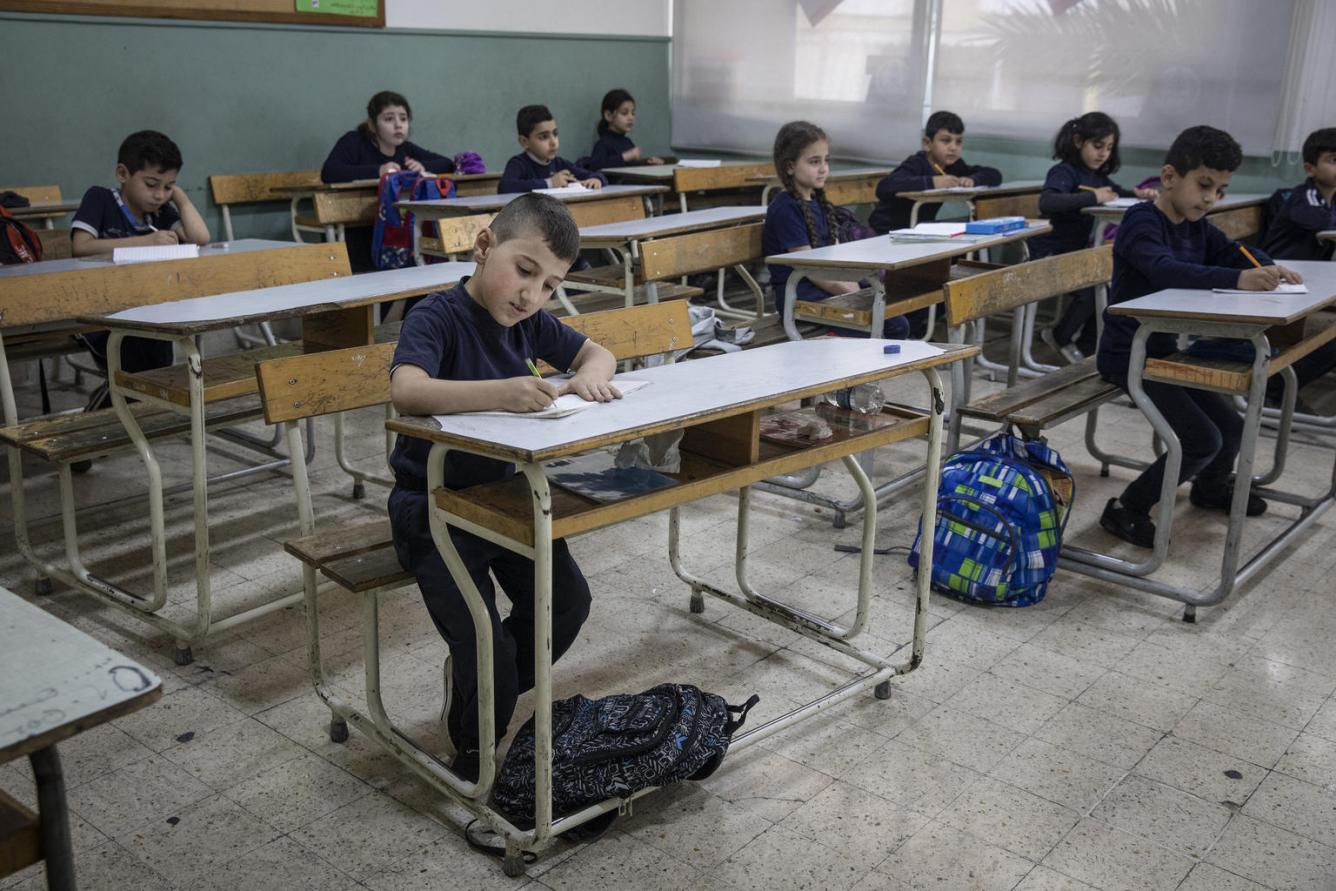 Children attend class at the Bourj Hammoud Second Mixed Public School in Beirut, Lebanon. UNICEF has been working with the Ministry of Education and Higher Education to improve access to formal education for both Lebanese and non-Lebanese – including Syrian refugee – children. [© UNICEF/UN0303742/Modola]

3. We must make it ok to talk about mental health 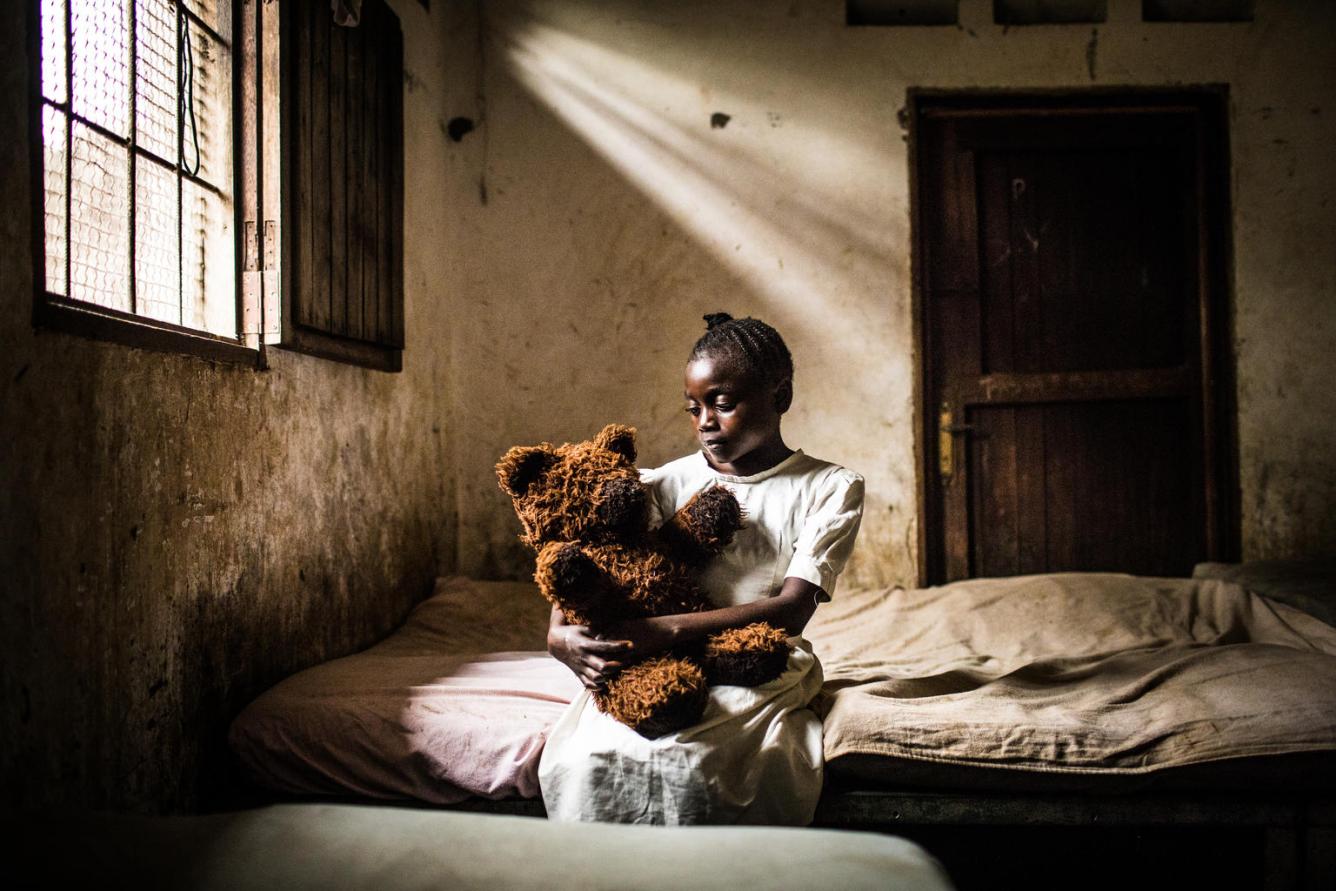 Ngalula Tshufuila Marie, 13, photographed at the Transition and Orientation Centre (TOC) in Kananga, Democratic Republic of Congo (DRC.) "People I did not know kidnapped me in Kinshasa; I stayed with them for six months," says Ngalula, who has been at the TOC for two weeks. "My favorite toy is my teddy bear, I like to walk around with him and give him hugs." [© UNICEF/UN0271273/Tremeau] 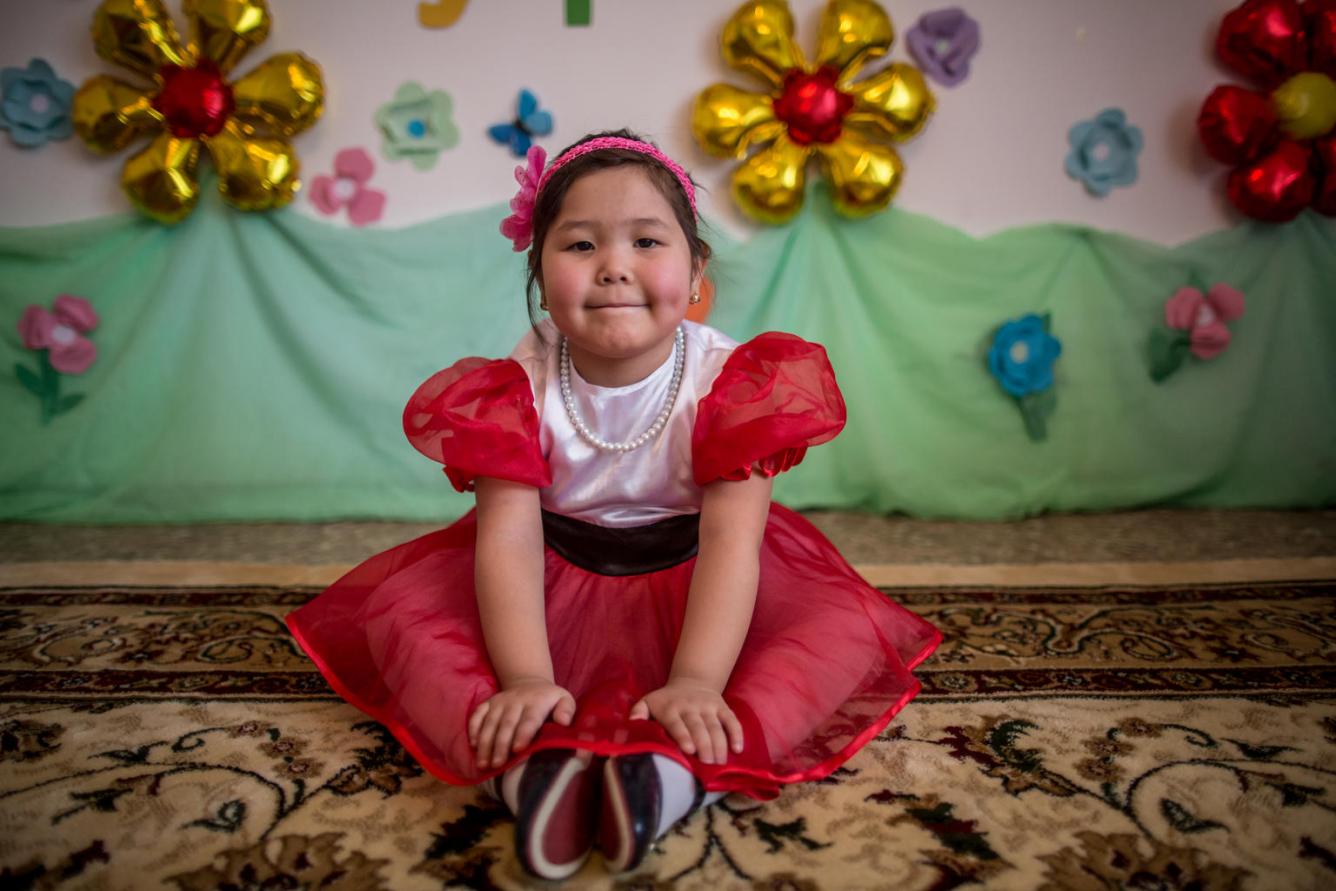 Nazerke, age 5, poses for a portrait at her kindergarten in Kyzylorda, Kazakhstan. Nazerke's father used to drink and be violent towards his wife and children. UNICEF trained patronage nurse, Gulmira Sansyzbaeva, has been working with the family for nearly two years, along with a psychologist and a social worker, greatly improving the situation. [© UNICEF/UN0214713/Babajanyan VII]

4. Over 30 million of you have migrated from your place of birth 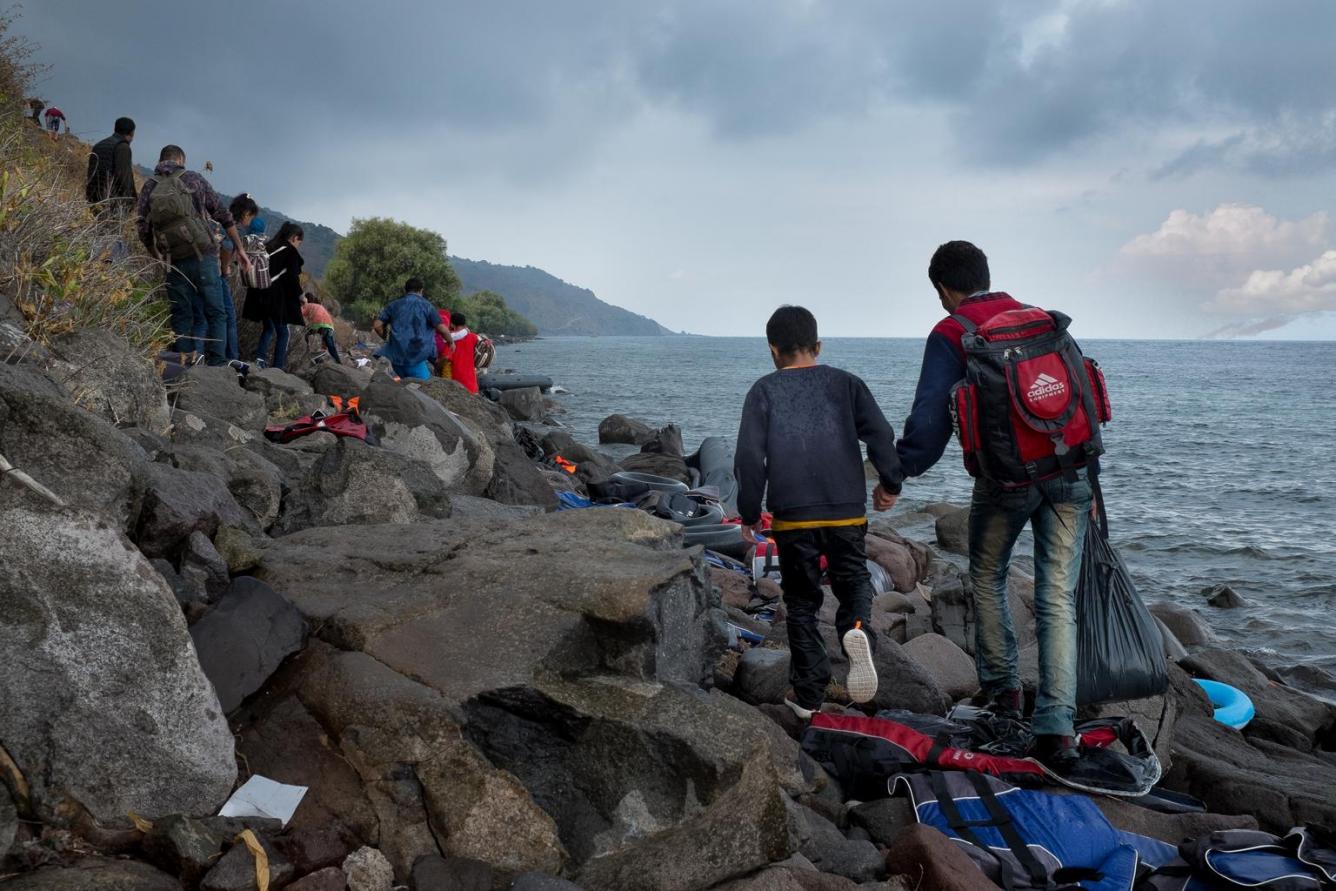 Hussein Nabizadeh, 32, holds his sons hand and he walks with other refugees, primarily from the Syrian Arab Republic, Iraq and Afghanistan who are being aided by volunteers as they disembark boats near Mithimna, on the island of Lesbos, in Greece. [© UNICEF/UNI199876/Gilbertson VII Photo] 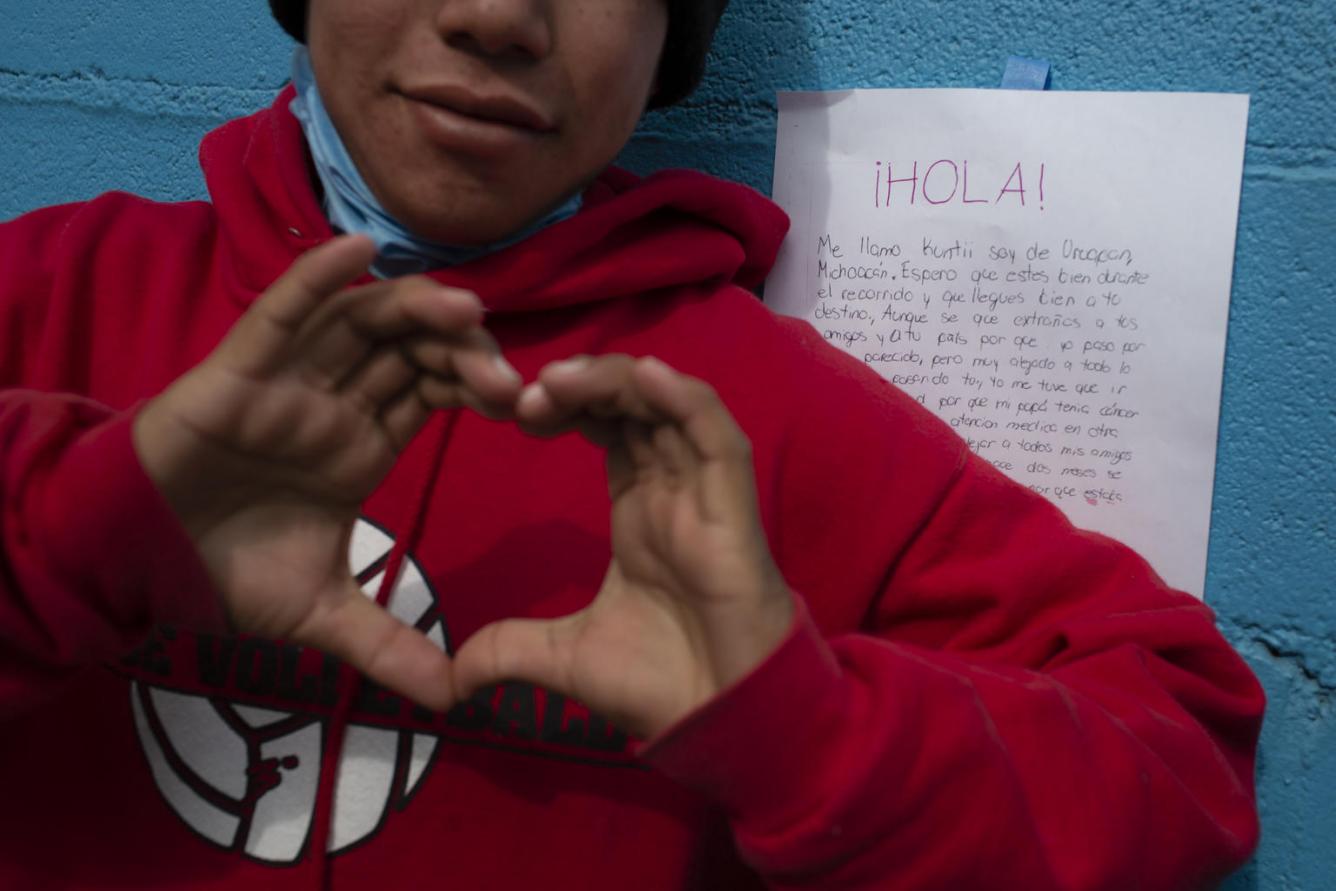 A boy reacts to a letter of support he received from a Mexican teenager at a shelter for unaccompanied migrant adolescents in Tijuana, Mexico. [© UNICEF/UN0282811/Bindra]

5. Thousands of you will officially never exist, unless we act. 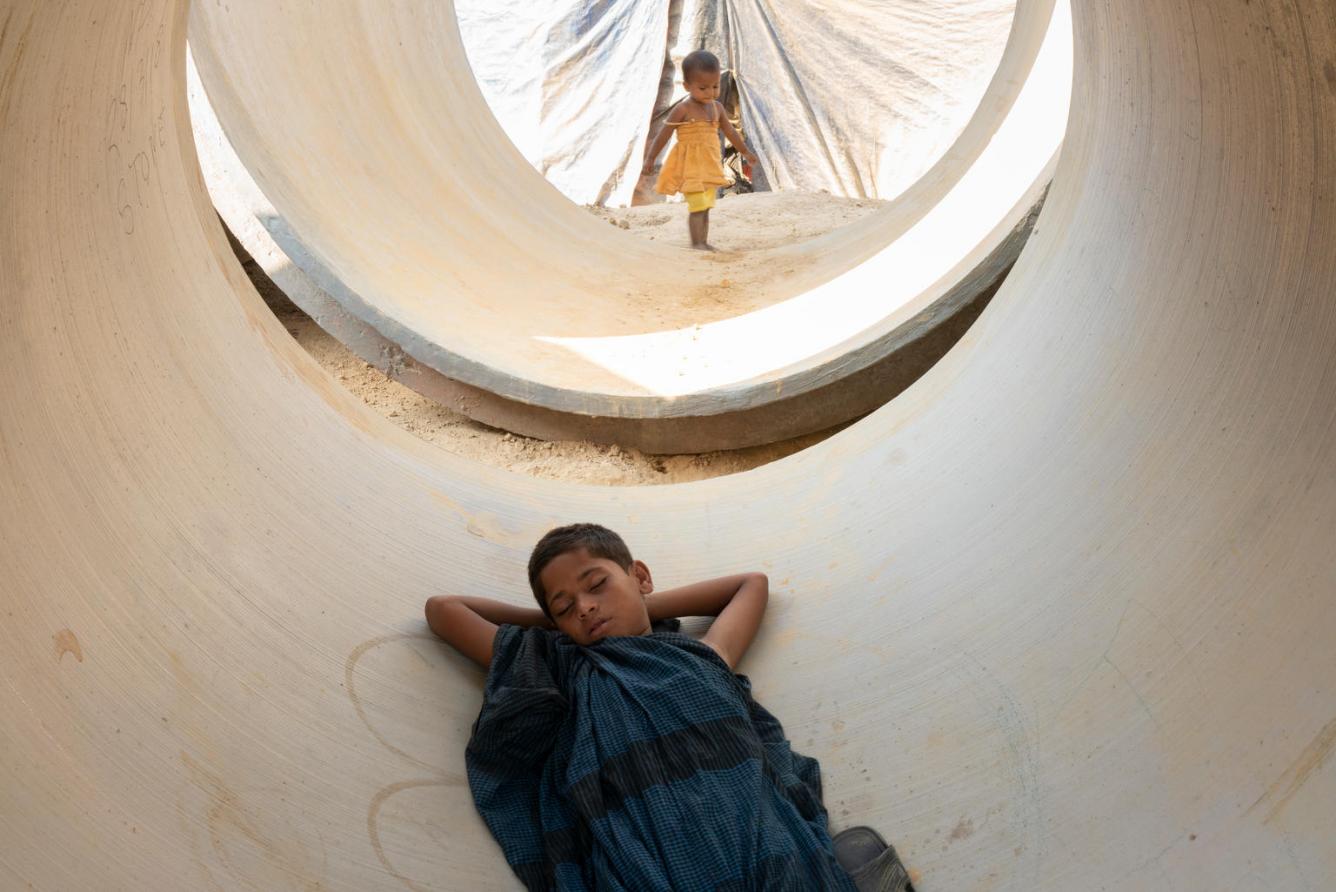 Shaber, 11, a Rohingya refugee, sleeps in a concrete drain pipe being installed in preparation for monsoon and cyclone season in Balukhali Refugee Camp, Cox's Bazar District, Bangladesh. Many Rohingya are stateless and most of them do not have any form of identification document, making it difficult for them to prove their identity and existence. [© UNICEF/UN0216625/Sokol] 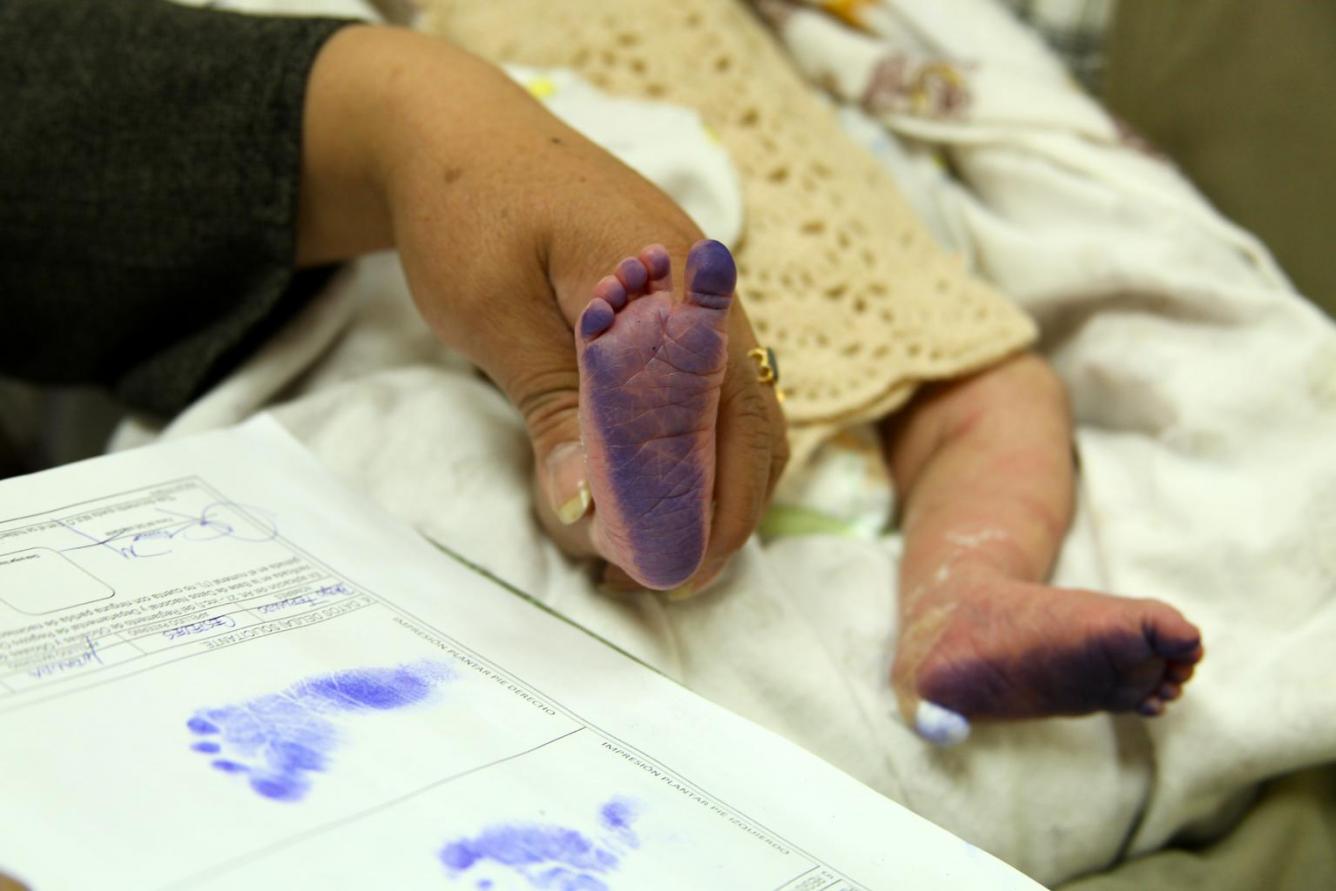 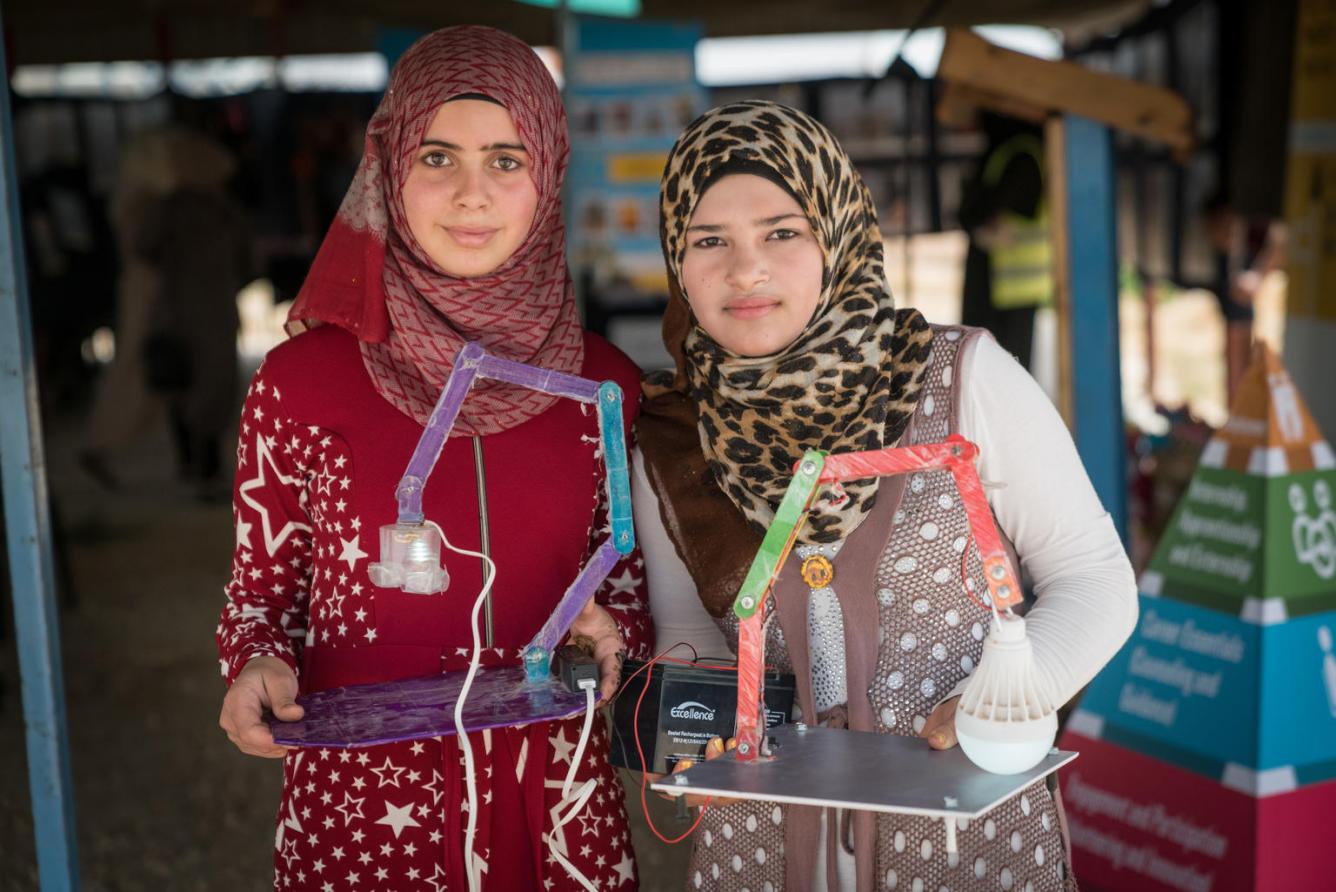 Anwar, 14 years, and Dina, 15 years, with their invention – a lamp powered by a power bank to help children in Za’atari Refugee Camp to do their homework when there is no electricity. [© UNICEF/UN0206982/Herwig] 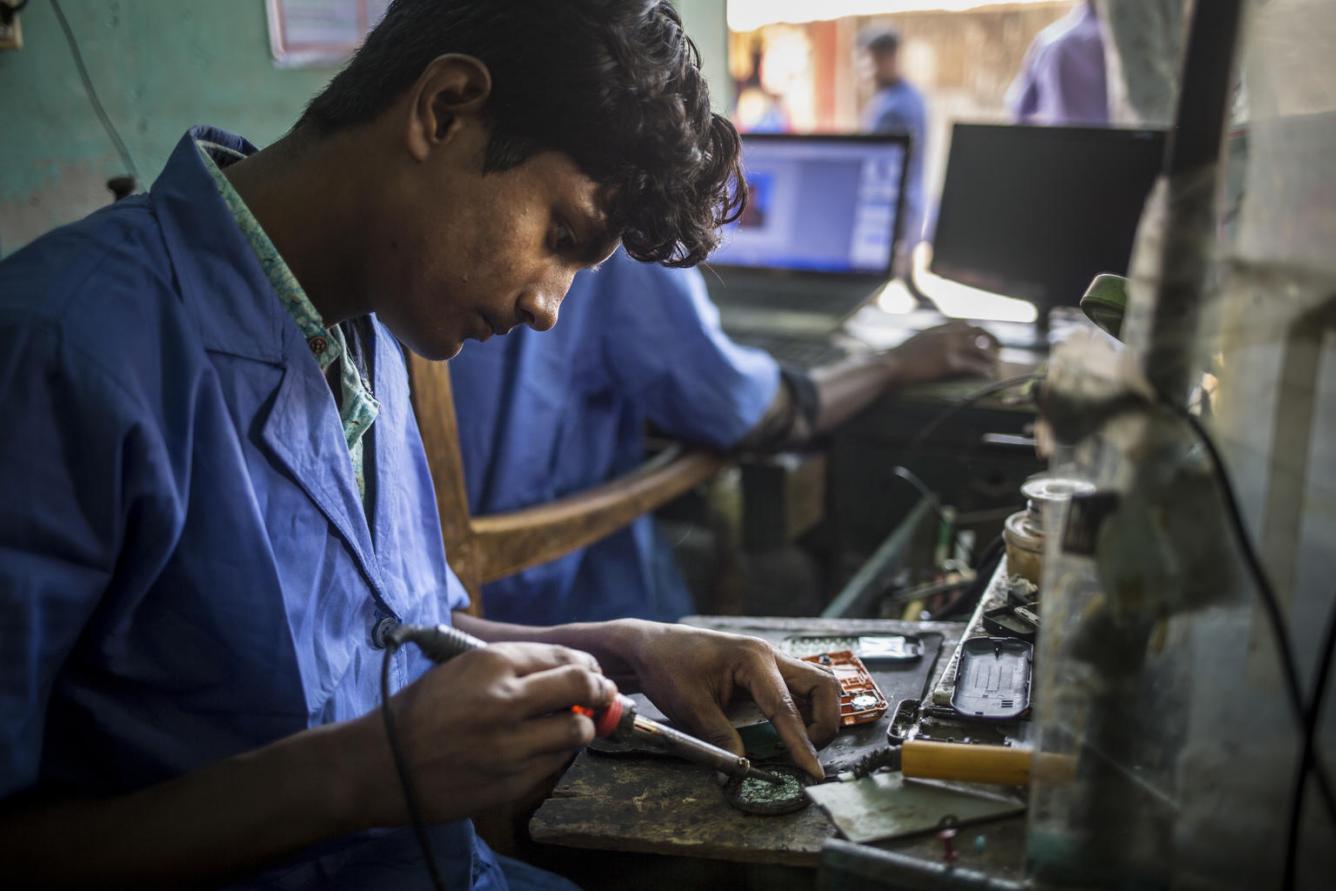 Faruk, age 16, repairs a mobile phone in a shop in Court Bazar, in the Cox's Bazar district. UNICEF has partnered with the Bangladeshi NGO BRAC in creating a vocational training program for adolescents in the "host community" of the towns closest to the Rohingya refugee camps. These youths who have not completed high school are offered a number of courses in a training centre as well as "internships" with local business. [© UNICEF/UN0284158/LeMoyne]

7. Your digital footprint must be protected 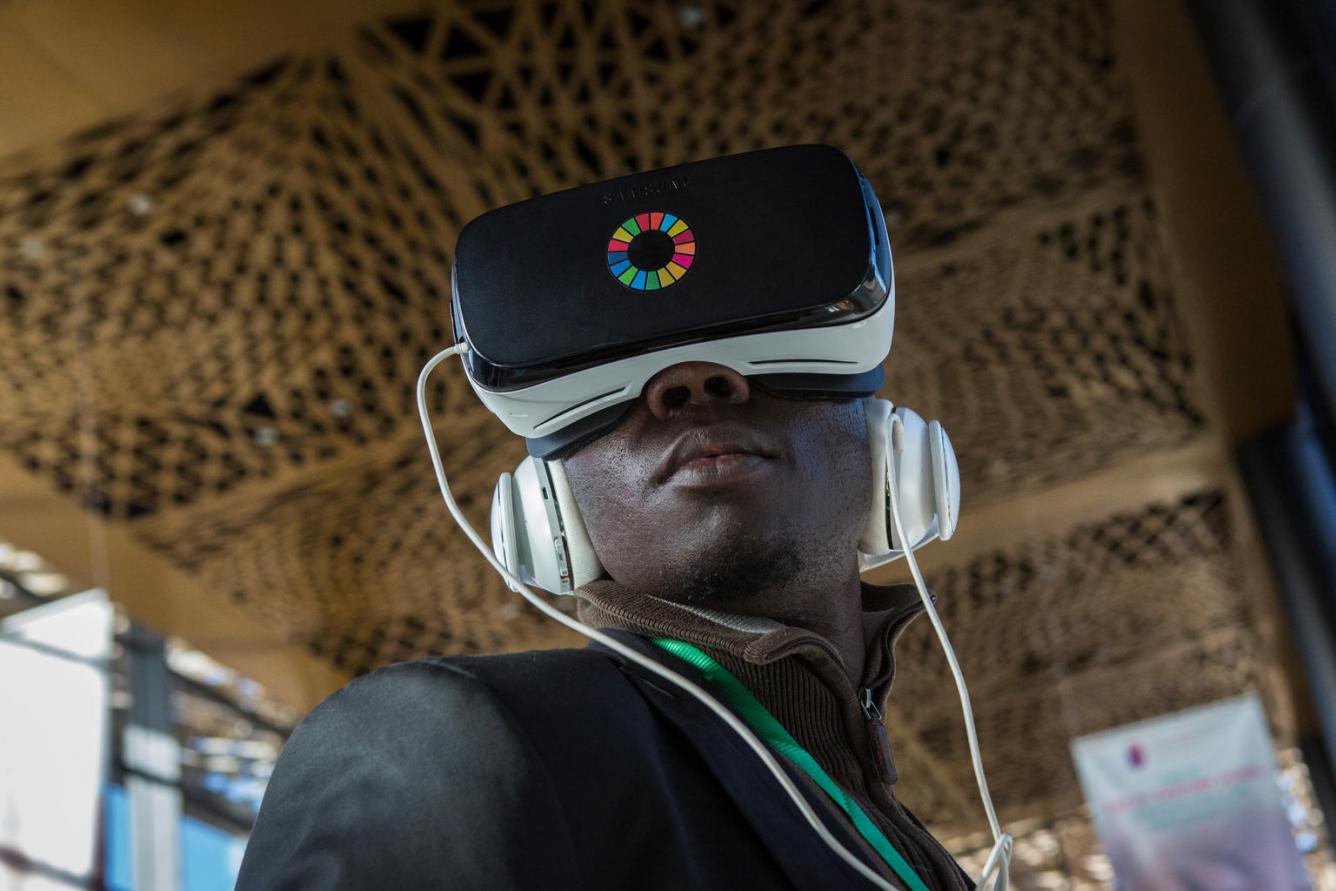 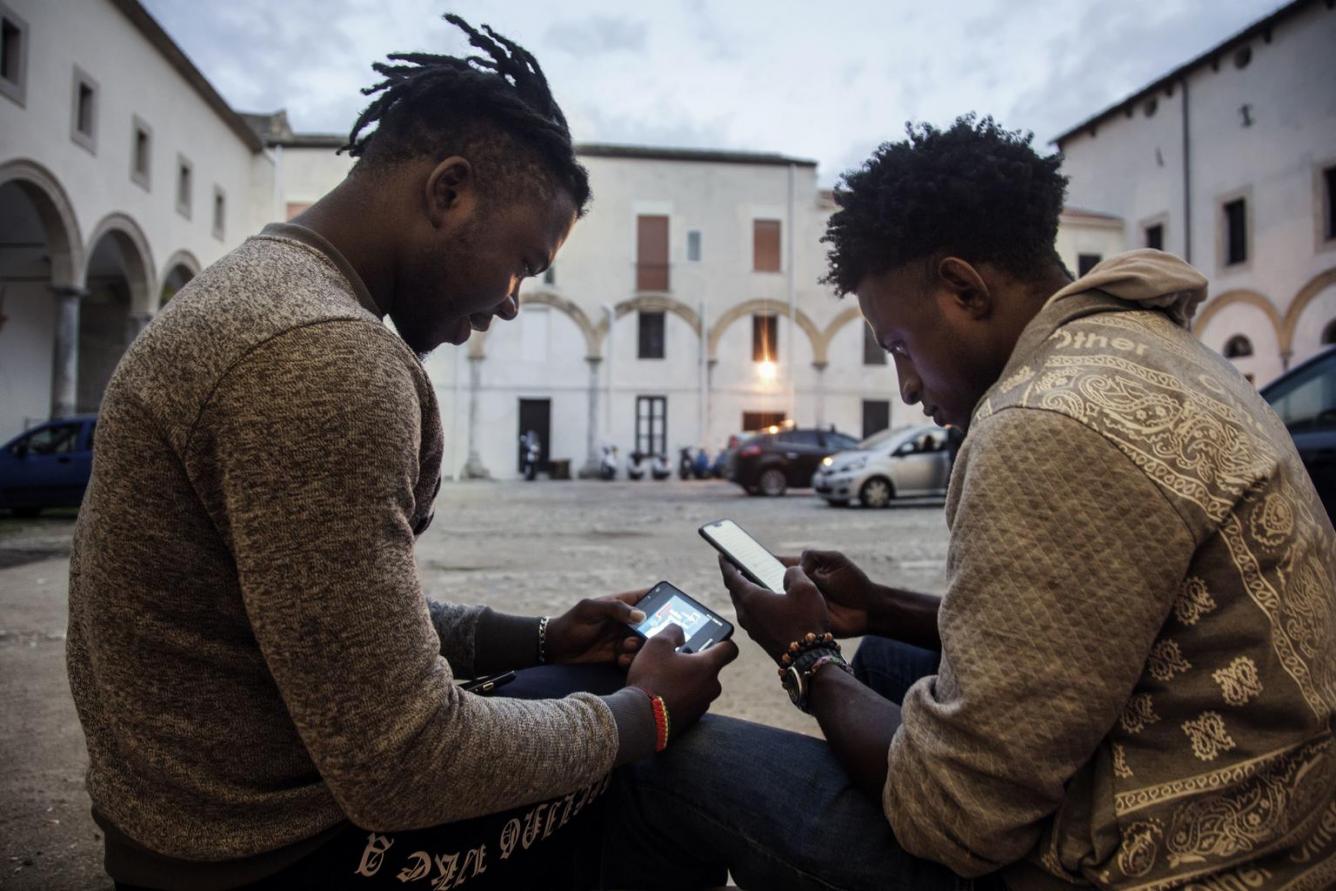 Migrant students at the University of Palermo practice an Italian language learning app in Palermo, Italy. Piloted in 2017, the development of the app was a direct result of requests from migrant and refugee U-reporters (UNICEF’s questionnaire platform), who asked for extra assistance in learning Italian. [© UNICEF/UN0264435/De Luigi VII Photo]

8. You might be the least trusting generation of citizens ever 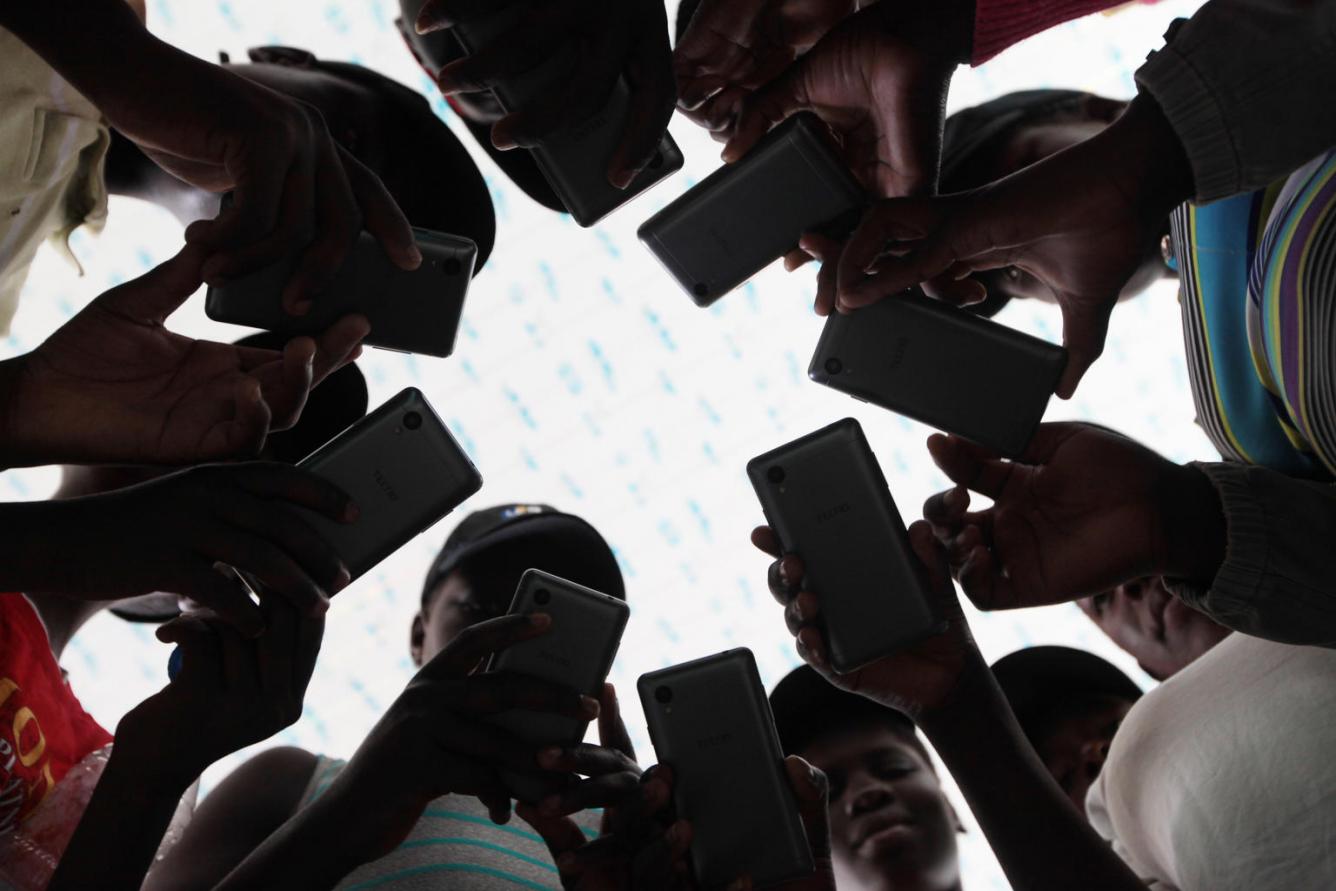 Community Adolescent Treatment Supporters (CATS) undergo training for a mobile application at a Resource Centre in Kotwa, about 250 kilometres east of Harare. UNICEF Zimbabwe and its partners managed to secure funding for ZVANDIRI community based programmes, to enable care and support for adolescents, children and young people living with HIV and their families [© UNICEF/UN0120662/Brazier]

Ultimately, the biggest reason for hope is because you – the children and young people of today – are taking the lead on demanding urgent action, and empowering yourselves to learn about, and shape the world around you. You are taking a stand now, and we are listening.

We want to work together with you to find the solutions you need to tackle the challenges of today, to build better futures for yourselves and the world you will inherit.