Stories of hope from 2022 | UNICEF Canada: For Every Child Skip to main content

The deadly trifecta of conflict, the climate crisis and COVID-19 affected children’s lives this year. The war in Ukraine led to mass displacement of families and children, and together with the drought in the Horn of Africa, led to a hunger crisis. Floods in Pakistan saw half a million people displaced and the outbreak of disease, while in Afghanistan, girls were banned from secondary education, as the country continued to face food insecurity and chronic poverty.

At the same time, it was not a year without hope. UNICEF, with the generous support of our donors and partners, was able positively impact the lives of children around the world.

To end the year with a note of gratitude, here are five stories of hope from around the world – showing us how one small intervention can impact the lives and futures of children.

Safe spaces for those fleeing the Ukrainian war

“I like to draw weird things,” says seven-year-old Alice at a Blue Dot Centre in Romania, after fleeing the war in Ukraine with her mother.

For children like Alice, Blue Dots are safe and welcome places to rest and play. A space to be a child after their world has been turned upside down.

As the war in Ukraine escalated, Blue Dots were set up by UNICEF and partners along border crossings in neighbouring countries to Ukraine. They provide children and families with critical information and services as well as practical support to help refugees in their onward journeys. The centres also identify and register children travelling on their own to connect them with protection services. 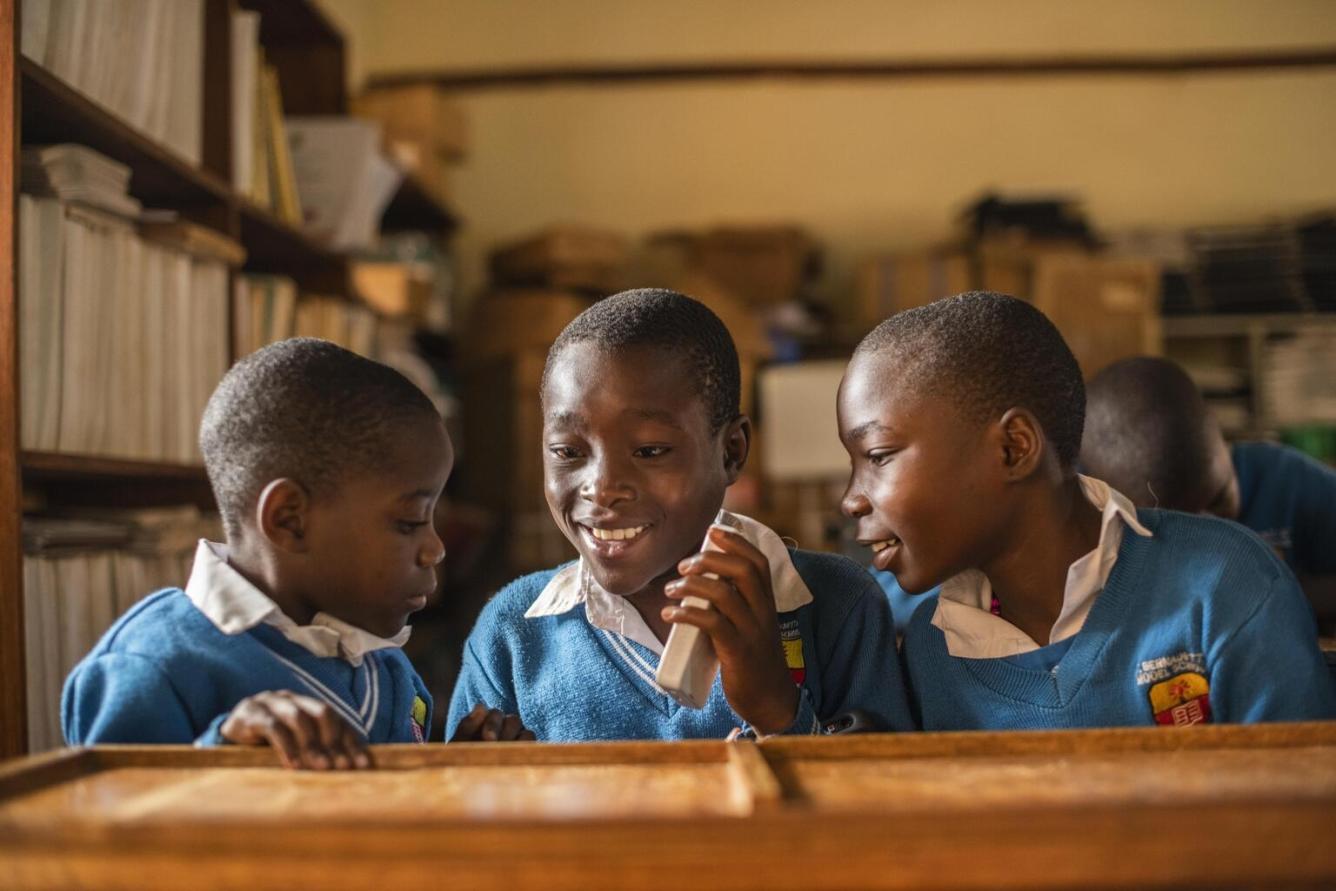 About 2.5 million children in Uganda live with one form of disability, yet less than 250,000 access some form of education.

UNICEF, along with the Ministry of Education and Sports, and partners, has implemented an initiative focused on developing accessible reading materials for the blind, visually impaired, deaf and hard of hearing primary school children in 20 schools in Uganda. Three of the four subjects taught in Primary Schools, Mathematics, English and Science, have been transcribed into accessible formats, while teachers have also been trained to use the digital tools to improve the learning experiences of special needs children.

At the Spire Road Primary School in the city of Jinja, one of the 20 schools provided with assistive technology, the head teacher Agnes Ketrah Amoding noted that the devices had reduced absenteeism and late coming of learners and boosted the confidence and performance of learners with disabilities. So much so, that in 2021, the school got four first grades in the national primary examinations, two of which were scored by children with visual impairment. 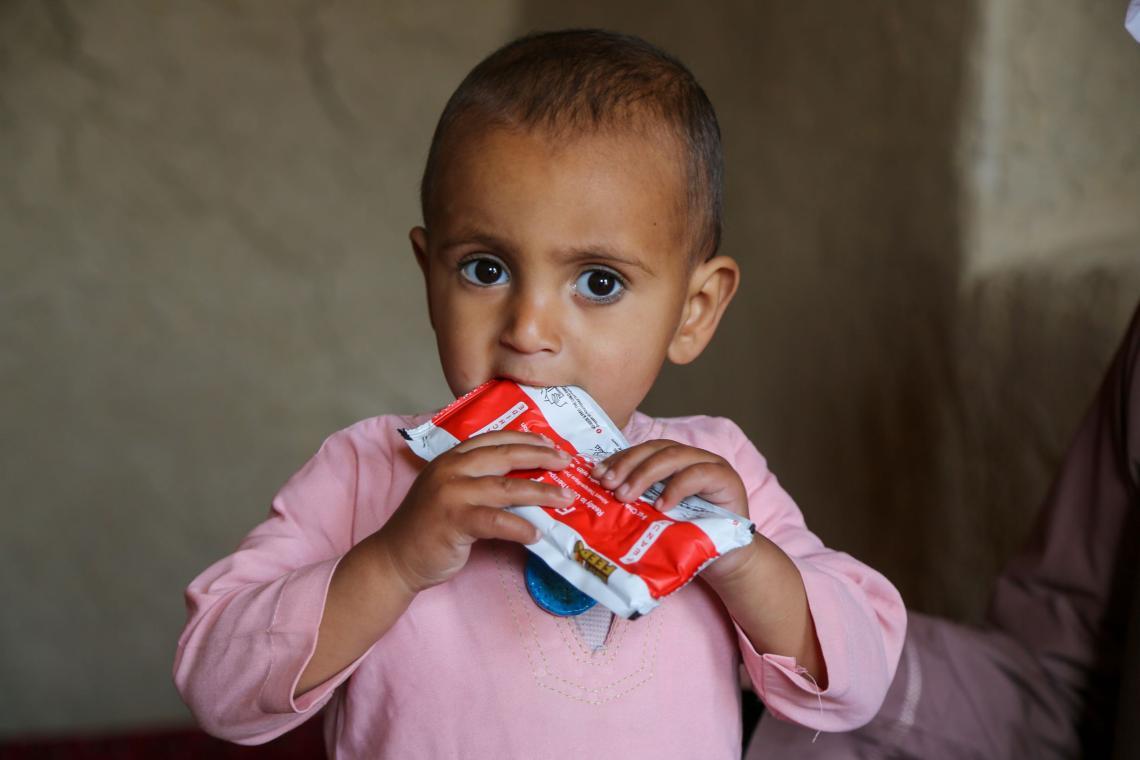 Out of the 1.1 million children in Afghanistan battling severe acute malnutrition, Ehsan is one of the luckier ones, having received timely treatment and ready-to-use-therapeutic-food (RUTF). [© UNICEFAfghanistan/2022/Qayoumi]

Poor harvest, poverty, and rising unemployment in Afghanistan has led to one of the worst nutrition crises in living memory in the country, with over 90 per cent of the population suffering from malnutrition. Of these numbers, almost 1.1 million children under 5 are battling severe wasting, the most life-threatening form of malnutrition. It is one of the top threats to child survival and the cause of 1 in 5 deaths among children under 5.

Ehsan Ahmed was one such child impacted by malnutrition in Afghanistan. Through consistent treatment at the nutrition department at the UNICEF-supported Comprehensive Health Center in Kandahar City, with the help of ready-to-use-therapeutic food (RUTF), Ehsan is at a safe weight again. RUTF is the fastest and most efficient way to treat children suffering from severe acute malnutrition and UNICEF is the sole provider of it in Afghanistan.

And little Ehsan loves the red RUTF packages, reaching out excitedly whenever he sees them. “Even when he sees an empty sachet of RUTF, he cries for it,” says his mother, who says nutrition treatment has helped all her children grow strong again. “It has given light back to my children’s lives again,” she says. 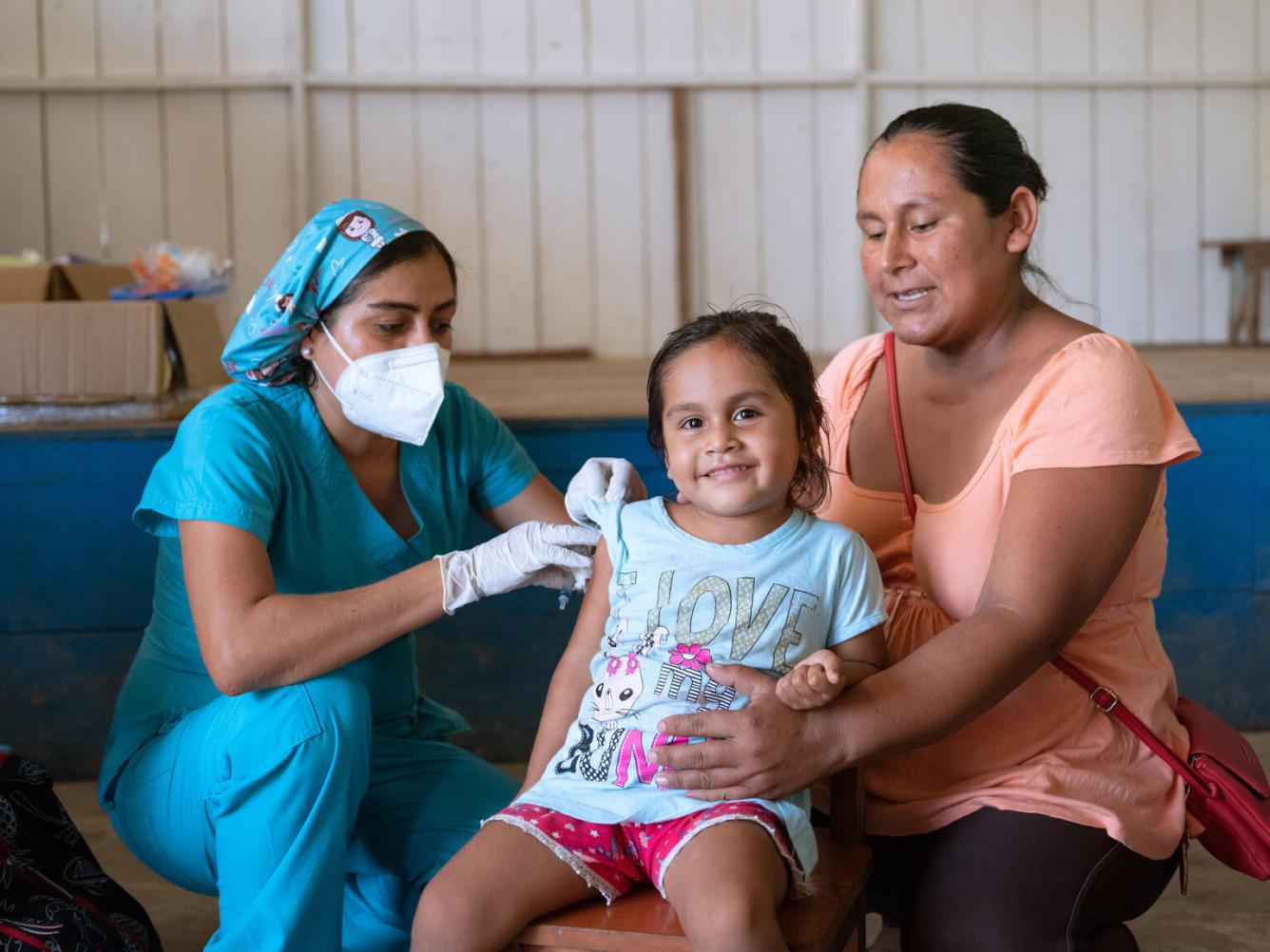 In Lisboa, Loreto, Peru the arrival of a UNICEF-supported health brigade causes a flurry in the community as medical attention is very scarce there.

Edreith Aricari’s 11-month-old son Eric Chota was treated by the UNICEF-supported health brigade for a stomach infection and fever. The pollution of the river caused by oil spills and domestic waste, threatens the access to clean water of the community. Young children are the first to suffer the consequences with stomach infections and skin problems. Since its difficult for his mother to take him to a health post, the arrival of a health brigade is crucial for the health of Eric and other children.    The health team visits indigenous communities in Loreto to provide routine childhood vaccinations, maternal health care and other essential health services. Part of such team is a local liaison staff member supported by UNICEF, who focuses on communicating with the local communities linguistically and culturally, to build trust.

"My children have now been vaccinated. Vaccinations are important so that you don't get strong symptoms of the diseases. Yes, you will get it, but it will be mild, so it is important to get vaccinated," says Maricarmen Sepulveda, after getting her daughter immunized.

A solar-powered borehole is allowing students at the Daley Primary School in Daley, Kenya to attend school again.

Climate change made access to water difficult in Daley Village in Garissa County, Kenya. Drought in the Horn of Africa has seen water sources reduce while flooding in 2019 and 2020 damaged water infrastructure along the River Tana as the river changed course.

This lack of water infrastructure had led residents of Daley to walk further to fetch water from the river – leaving them vulnerable to wild animal attacks and waterborne disease. At the same time, absenteeism was on the rise in school as children walked further with domestic animals to find places for grazing.

Daley’s Water Users Association, together with the Garissa County Department of Water Services and UNICEF, established a solar-powered borehole. This borehole is connected to a network of pipelines that serve a health dispensary, a primary school, water kiosks, and allows for direct-to-household tap water.

UNICEF also provided technical support to drill and equip the solarization of the borehole.

Today, an estimated 6200 people have access to a safe water supply in Daley, through this sustainable technology which is affordable for the community with minimal maintenance costs.