Crisis in Venezuela: What should I know? | UNICEF Canada: For Every Child Skip to main content
3.2 million children need your help
Donate Now

Crisis in Venezuela: What should I know?

In the past months, UNICEF has been scaling up our humanitarian aid and development programs in Venezuela, to address the needs of the millions of children who have been impacted by the ongoing crisis in the country.

“One-third of children in Venezuela need help accessing basic nutrition, health and education services, according to preliminary UN estimates,” said Paloma Escudero, UNICEF Director of Communication. “UNICEF has been working in Venezuela for almost 30 years. As the country grapples with the impact of a devastating economic crisis, we will continue to provide its most vulnerable children, wherever they are, with the humanitarian support they need. Children’s needs must always remain above politics.”

Officially known as the Bolivarian Republic of Venezuela, Venezuela is a country on the northern coast of South America, consisting of a continental landmass and a large number of small islands and islets in the Caribbean Sea. The capital of Venezuela is Caracas, and it is bordered by the Caribbean Sea and Atlantic Ocean to the north, Colombia to the west, Brazil to the south, and Guyana to the east.

Venezuela is among the most urbanized countries in Latin America; the majority of Venezuelans live in the cities of the north, including Caracas, which is also the largest city. About 93 percent of the population lives in urban areas in northern Venezuela; 73 percent live less than 100 kilometres from the coastline. Though almost half of Venezuela lies south of the Orinoco River, only 5 percent of Venezuelans live there.

The official language of Venezuela is Spanish, however there are an additional 26 recognized regional languages. The country is majority Catholic, with a 2015 census finding that 71 percent of the population identified as Catholic, with 17 percent identifying as Protestant. 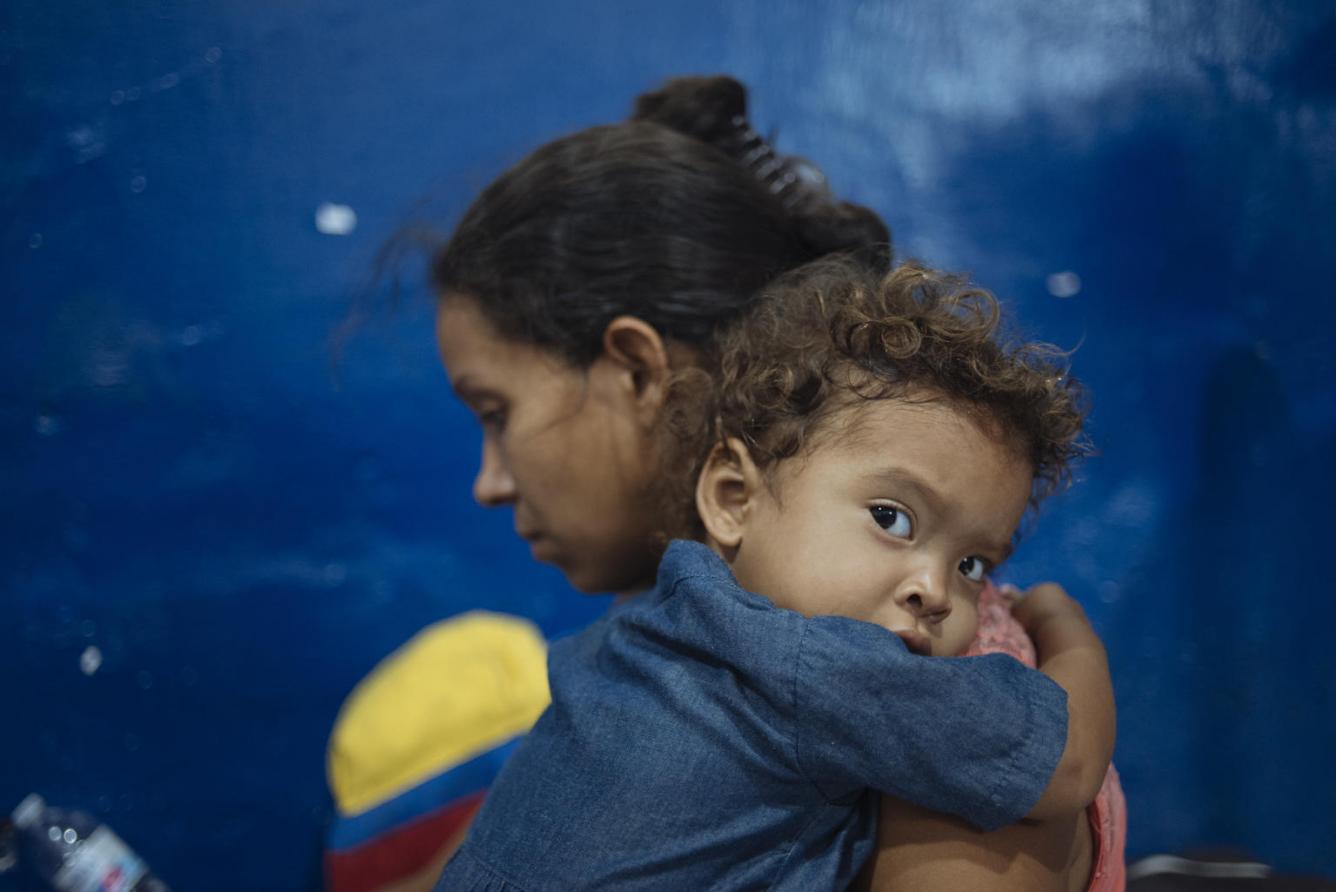 What is the crisis in Venezuela?

The economic crisis in Venezuela has led to increased humanitarian needs, inside the country and throughout the region. UNICEF is there to support both the Venezuelan children and their families living in Venezuela and the millions of migrants and refugees fleeing the situation.

Scarcity of resources in the country

The number of Venezuelans leaving their country has reached 4 million with over 1.1 million children in need of assistance. Worldwide, only Syrian refugees, at 5.6 million, surpass Venezuelans as the largest population displaced from their country. To ensure the Venezuelan refugees receive the essential care that they need, UNICEF has stepped up its response throughout the region. In neighboring Colombia, over 161,000 Venezuelan children are enrolled in schools and every day, thousands of children cross the border into Columbia – despite difficult circumstances – just to get to school.

In Peru, many Venezuelans still cross the border to seek humanitarian assistance and protection, sometimes walking for 30-40 days while suffering from dehydration, malnutrition and other health problems. UNICEF has set up child friendly spaces in key points of their journey so that children can play and find respite. medical care facilities. The needs to support refugees and migrants throughout the region or huge and you can help UNICEF keep Venezuelan children protected and safe in their journeys. 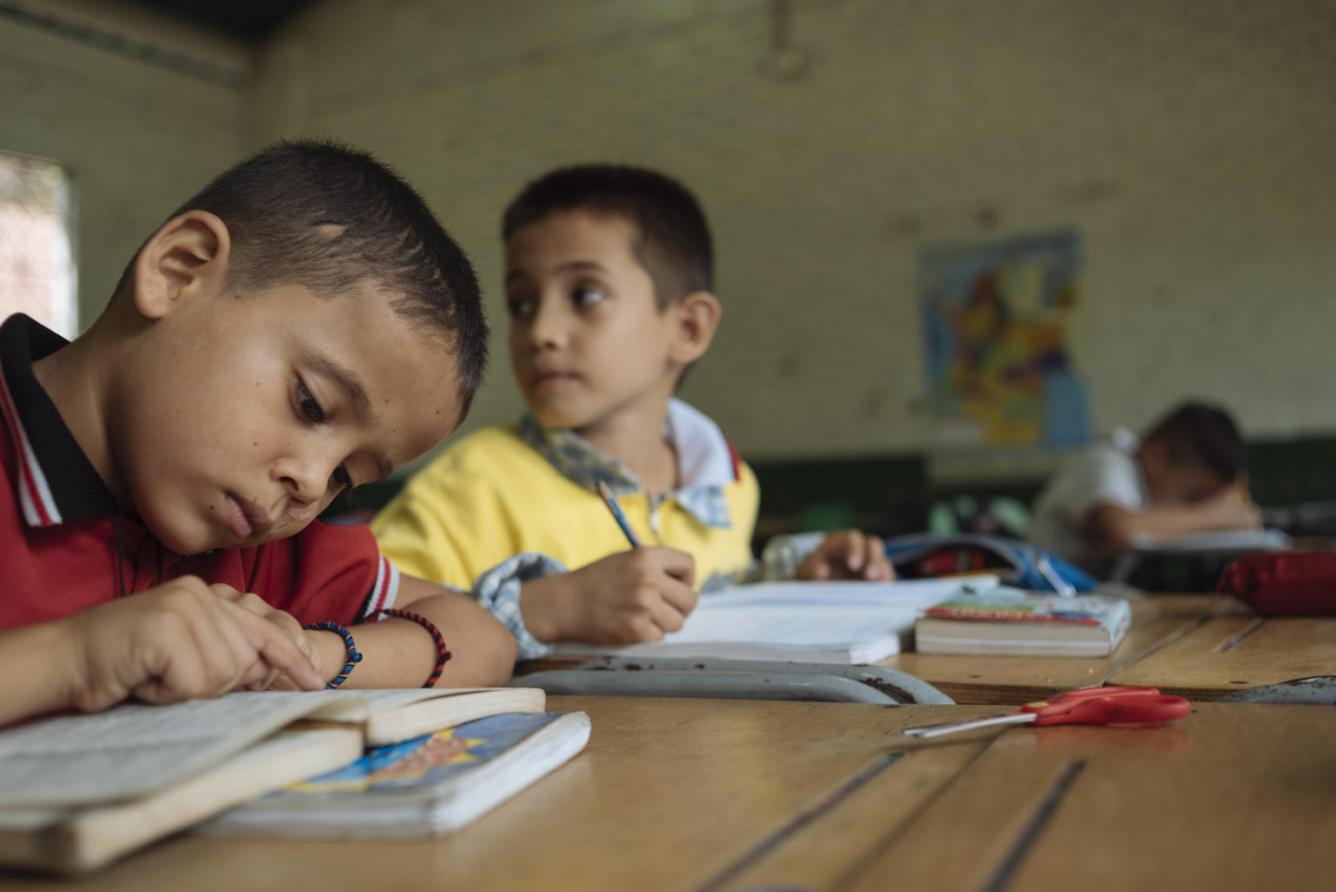 What can I do to help?

In response to the crisis in Venezuela, UNICEF has developed plans to provide more vaccines, rehabilitate the water and sanitation system, provide malnutrition treatment and medical supplies, and make sure that children have the education and protection support that are essential to their future and well-being.

We are committed to making sure that we reach children in need with quality support in a timely manner and we rely on our donors’ support while we continue to increase our response and strengthen our monitoring mechanisms on the ground.

You can help by donating to support children in Venezuela by clicking the button below.